No, this is not a Game of Thrones spin-off. In a random turn of events, Maisie Williams stopped by John's yesterday in a university tour to promote her new social media app aimed at creatives and making the industry more accessible, Daisie.

One John's student told The Cambridge Tab they had "no idea" why their college was the destination of choice for the occasion, but it was appreciated nonetheless. 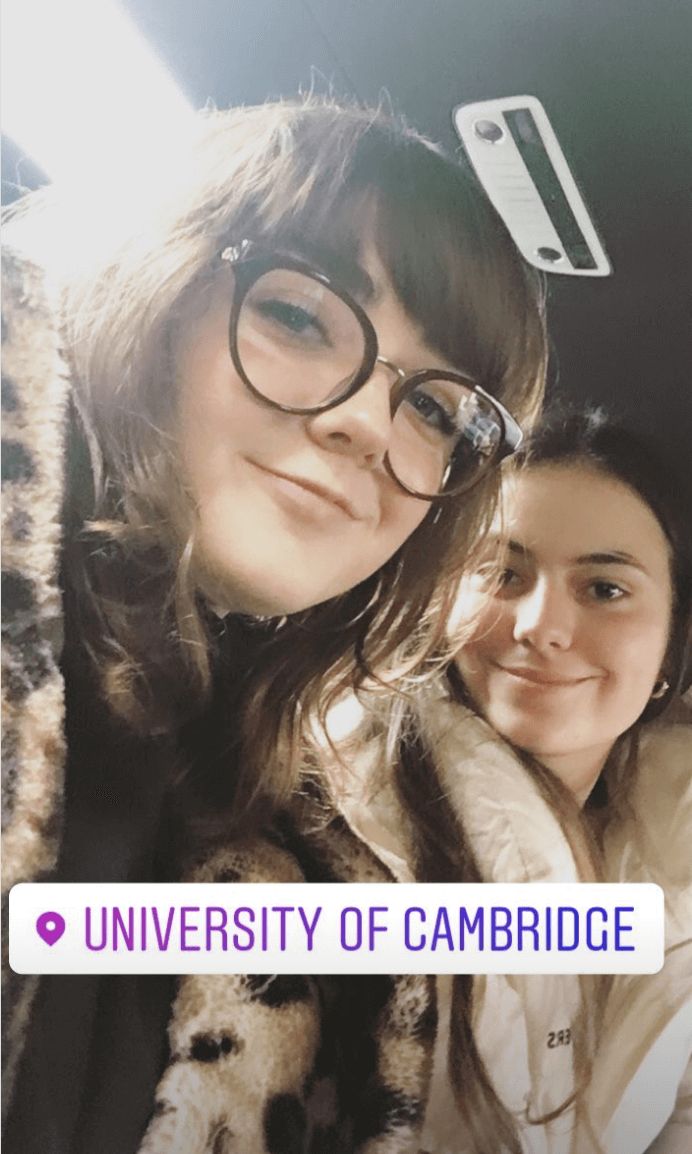 She shared her experiences of her acting career, having come from a single parent background and being unable to afford drama school. At age 12, she fundraised to go to a talent show in Paris, where she got an agent. Game of Thrones was her second ever audition.

Williams also described what it's like to be a woman in the business, telling John's students that although her name gets her into the room with investors, the real task is being listened to and taken seriously.

She was also spotted taking pictures on kitchen bridge, opposite the bridge of sighs. The forces of that #insta potential were too strong to miss. Celebrities are truly just like us.