Former Union President Tim Squirrell has alleged that a guest invited during his presidency sexually harassed several members of the committee.

In a series of tweets, Squirrell, who served as president in Michaelmas 2014, confessed to knowing about the sexual harassment of a member of the committee by a guest, who he described as "Well known on twitter, and a frequent invitee." 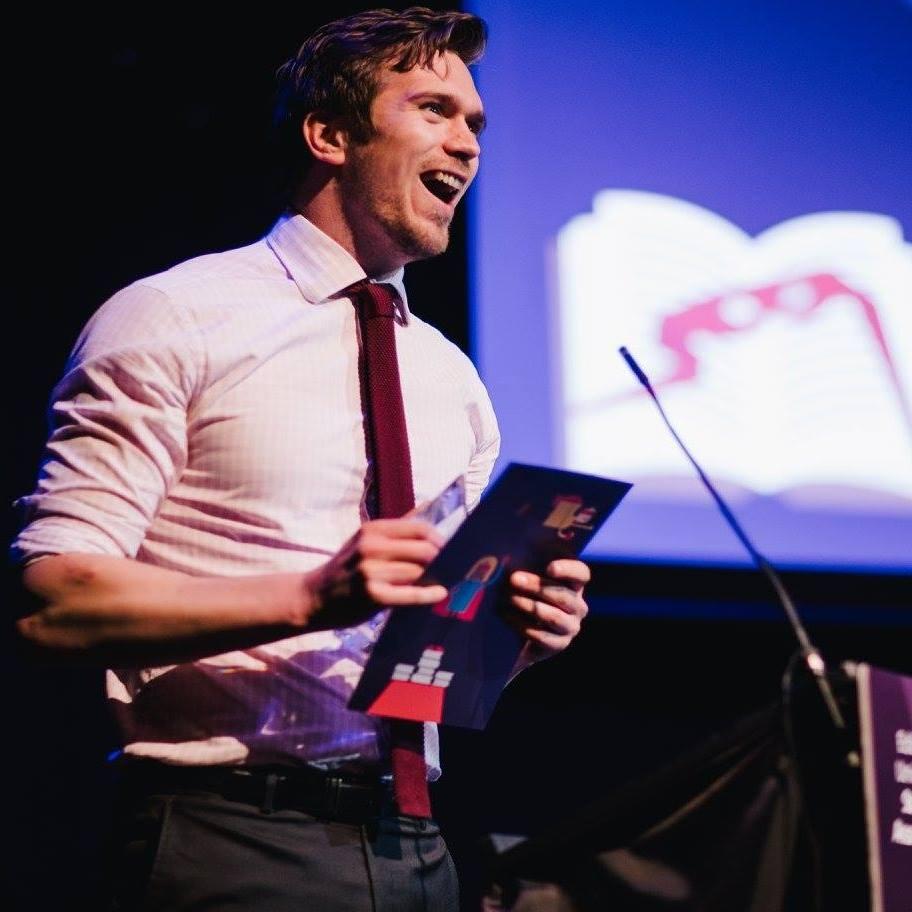 Tim Squirrell was President of the Union three years ago

In light of the Harvey Weinstein revelations, Squirrell apologised for his complicity in "The culture of harassment by figures of status".

"During my time as President of @cambridgeunion, I failed to act."

"A guest (well-known on twitter, and a frequent invitee) sexually harassed a committee member. I informally asked he never be re-invited."

"I never made sure that he was officially blacklisted, and I don't know that current committees are aware. I've finally emailed them." 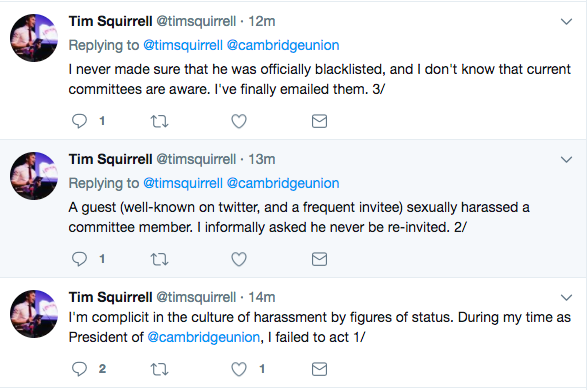 Continuing, Squirrell apologised for not acting faster, and asked men to consider whether they were doing enough to stop harassment.

"Do you call out abuse when you see it? Do you make sure that abusers are unable to gain access and status again? If not, please do."

Squirrell, however, stopped short of naming the guest in question. He went on to refer to a more significant culture of harassment of committee members by guests.

"I've been informed that it was actually several of my committee he harassed, and that later committees have had other speakers do similar."

The Tab understands that current President Page Nyame-Satterthwaite has decided to blacklist the speaker, following contact by Squirrell.

Squirrell declined to provide further comment on the issue.

In response to the news, the Union released the following comment to The Tab.

"Via a number of procedures, the Cambridge Union aims to protect its members, including those on Committee. Whilst this does not include a policy of 'blacklisting', the safety of our events is a priority."

"On being alerted to historic claims, the Vice President, Women's Officer, Diversity Officer and President of the Union have launched a formal investigation in accordance with our existing procedures."