I left the club to get a Subway, but ended up spending £1,100 in a strip club

‘My neck and ears were covered in bites’

Jack Benson, a recent Bournemouth Uni grad, was ending a night out in the same way many others do, popping into Subway before heading home.

However, after leaving Bournemouth nightclub Cameo, he got distracted en route to Subway and instead spotted a local strip club, called Wiggle. Over the next few hours he had managed to spend £1,100 with the help of a couple of other football club members.

"I was just out with some of the football lads and we had a lot of drinks. We were in Cameo and got absolutely smashed, there were VKs everywhere", says Jack.

After the rest of his mates went home, Jack and his friend took the obligatory trip towards Subway to grab some food. "We saw Wiggle and thought fuck it let's do it," he said. 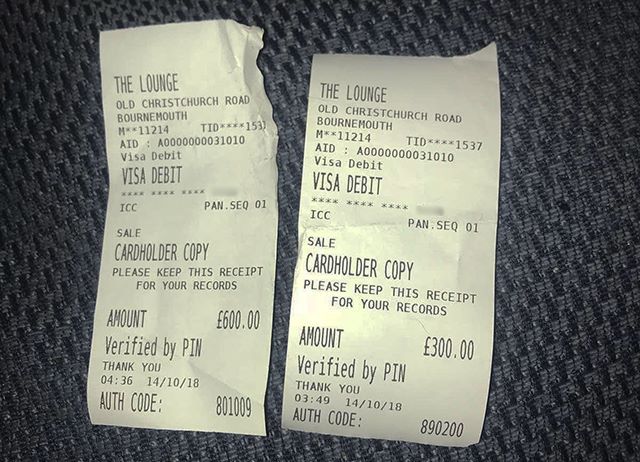 Once inside, Jack describes the place as "weird, it was dark and full of old men. We were half the age of everyone in there." The boys paid £10 entry each and then managed to splash £200 straight away.

"We went in and spent £200 cash as soon as we got in, I'm not really sure what we spent that on, I think it was entry, drinks and drinks for the girls", says Jack. The boys were in the club for about 30 seconds before they were approached by two of the dancers. "They came up to us and asked what we wanted and that was it really. We brought them drinks and stayed with the two girls who had approached us for the whole night," Jack explains.

The first transaction, at 3.39am, was for £300. "It was £10 for a lingerie lap dance and then £20 for a naked lap dance that lasted five minutes" he says. "We were so drunk, I am not sure what that first £300 paid for, we went on the website in the morning to figure out how we spent that much" Jack says.

The second transaction, of £600 was at 4.36am. The boys stayed in Wiggle past 6am. The next morning, Jack's neck was covered in bites and his ear was bright red. Speaking to The Tab, Jack said: "When spending that much money they definitely flirted more that's for sure. My neck and ears, I'm not sure why, were covered in bites." 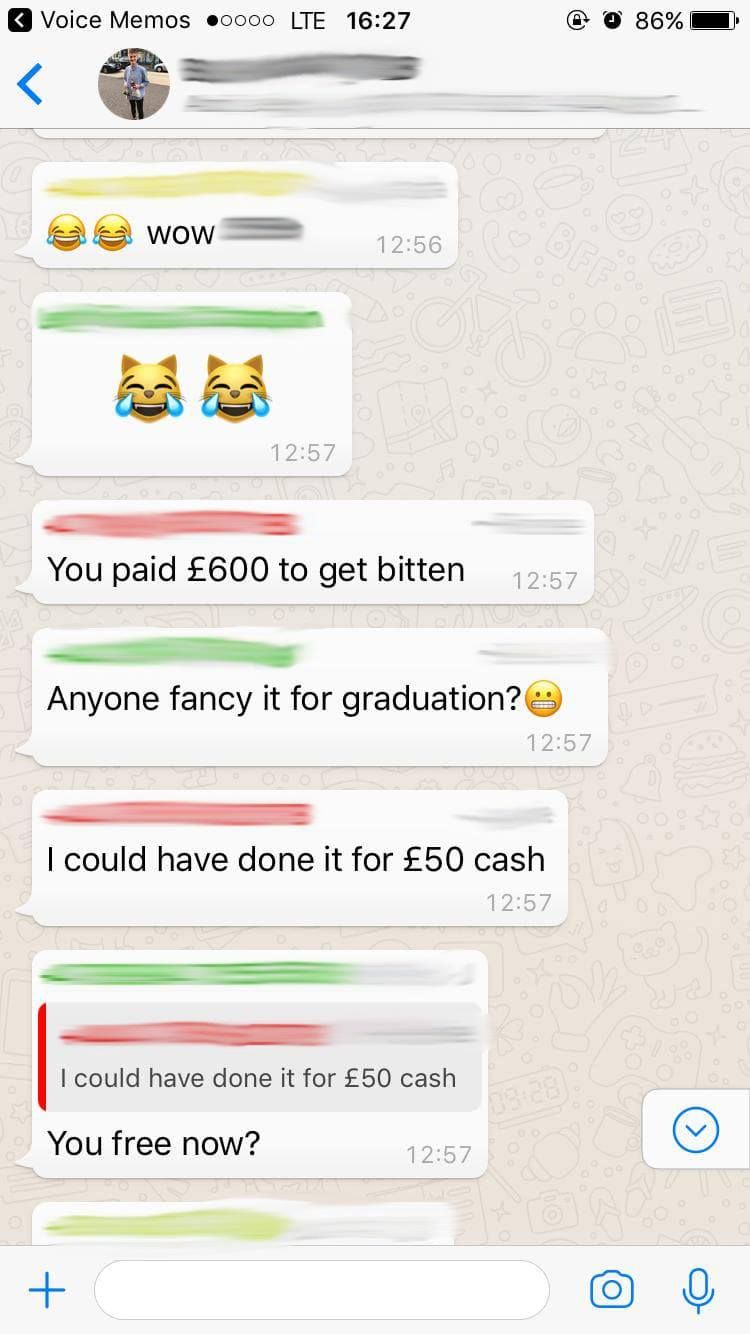 "She didn't mind touching, but she would slap me in a playful way " he says. Jack even got his phone confiscated, " I'm pretty sure I tried to take photos" he explains, "but you weren't allowed to so she took my phone off me and hit it for a while", he says.

When asked whether he would do it again, Jack says: "Whether it was worth a grand and a bit I'm not sure. It was a good laugh, I would probably pay £200 again, but not £1,100 including drinks." says Jack.

Splashing out £1,100 has to hit the bank balance hard, and Jack explains "there's no way I can't not go to work at the moment, my bank balance is just about salvageable."