Concerns have been raised over the ‘Blue Punisher’ pill

A pill named the 'Blue Punisher' is making its way around students in Bournemouth.

While there are literally hundreds of pills going round all the time, this one is "potentially life-threatening".

The ecstasy-based pill has a skull logo on the front and has a strong chemical smell to it, similar to aniseed. The name of the drug and the logo on it refer to the comic book character The Punisher.

Two people were treated in Bournemouth town centre over the weekend after taking the pill, with one of them suffering from spasms and experiencing psychosis. The other person fell extremely ill and was vomiting.

The first was taken ill on Friday night, and the second on Saturday. This has sparked fears the drug is being dealt to clubbers.

Dorset Police have issued a warning for the substance.

The Tab Bournemouth spoke to people who have experienced the drug before, with people stating its one of a kind effect.

Lucy, 20, said: "It wasn't like anything else I've taken before. I just had to sit and wait to be sick. Disgusting."

Lucy was out with her friends when they all took the pill in halves and said not one of them felt okay that night.

Megan, 20, added: "We all felt horrendous. I felt like my legs were giving way. We all dropped at the same time and one by one we started to sit out. I can't even describe how disgusting I felt." 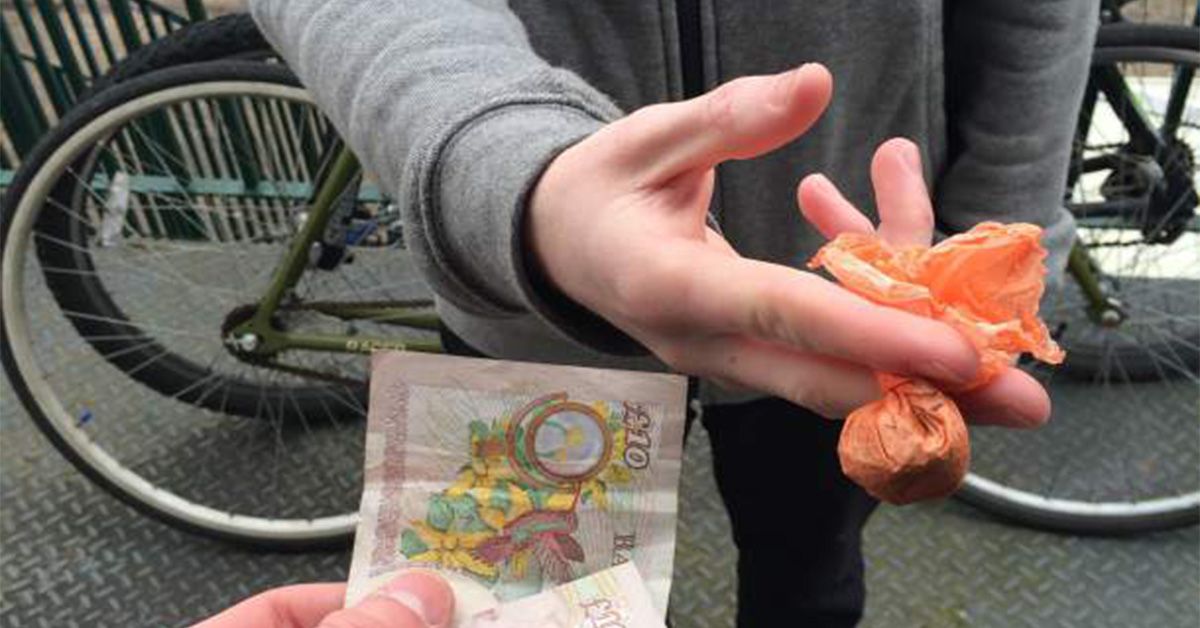 Detective Inspector Scott Johnson, of Bournemouth CID, said: “We would strongly advise people thinking of taking substances such as this to think again and want to make them aware of this particular batch of drugs.

“You can never be sure what you are taking when you use illegal substances and the side-effects are unpredictable and potentially life-threatening.

“If anyone has any information with regards to the sale of illegal drugs please contact police to report it.”

The pill is known to cause dehydration, increased heart rate, loss of appetite, and feeling of euphoria.

After taking it, the side effects include anxiety, depression and irritability.

However, much of it's impact is still unknown.

Names have been changed to protect individual's identity.