An email detailing someone’s dissertation mark breakdown has accidentally been sent to over 1,000 students

They got a first though congrats

An email has accidentally been sent to around 1,000 students which details the breakdown of the marking of someone’s dissertation.

The Tab have chosen to keep the identity of the student and the lecturer who sent the email anonymous.

The email was sent to ‘FMC Students’ a group which contains every student enrolled into the Faculty of Media and Communications instead of just Student Support who the email was meant for.

An attachment on the email labelled as the student’s name and dissertation title is now available for everyone on the email to see, which lists everything the work had be marked on and what score the student received. 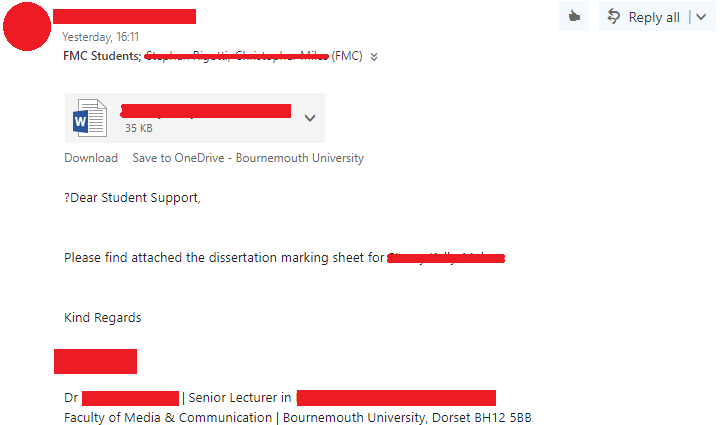 The email was then frantically followed up by another just five minutes later, where the lecturer referred to them self in third person to apologise for the blunder. It read: “[The marking lecturer] WOULD LIKE TO RECALL THE PREVIOUS EMAIL.

This was followed up by another email urging recipients to disregard the email again fifteen minutes later.

The attachment lists every sub category for the overall mark – and an explanation for what the markers base their decisions on for each category.

Here, the student’s grade was based on five different categories – scored out of 15, 20, 25, 25 and 15. This then created a score out of 100 which correlated to the awarded percentage. 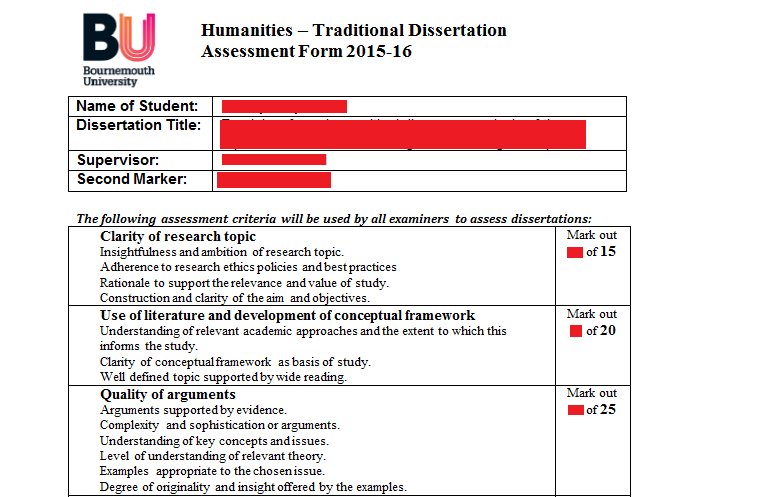 There is then a page of detailed feedback commenting on parts of the piece such as it’s structure, arguments, introduction, research methods, the literature review and findings. It then says how well the assignment was completed and describes it as ‘thoughtful’, ‘well articulated’ and ‘sophisticated’.

For obvious reasons, the email was not intended for the eyes of a thousand students but BU have told The Tab that the student in question has been informed.

In a statement, a spokesperson for BU said: “An email was sent from an academic email address in error. This has been rectified – the email was recalled and we are talking to the student concerned.”