Remembering Bebo: The social network which preyed on our teenage anxieties

Ranking your friends was the most brutal thing ever

Cast your mind back to when you’re 13-years-old. You have a pink Motorola flip phone. You roll your skirt up even though the thought of actually kissing a boy still freaks you out a bit. You fancy that boy on your bus or in your maths class and concoct elaborate plans to talk to him that will never actually work. And when you come home from a hard day of worrying about your SAT results and whether cute bus boy actually knows your name, you log onto Bebo and passive aggressively set out to ruin lives, including your own.

While it is probably for the best that Bebo was ultimately strangled to death by Facebook, let’s take a moment to remember what was so simultaneously amazing and horrific about Bebo. RIP. 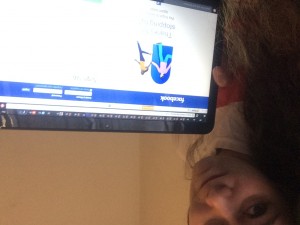 Ranking your friends was the most brutal thing ever

What sick bastard came up with this idea? Who looked at a bunch of prepubescent teenagers with a shit ton of hormones going off and thought, “you know what these kids need? More friendship related anxiety, that’s what”. In one click you could start friendship drama to rival that had the potential to create World War Three.

Normally you would have a “Top 16”, and you could put people in order. Say someone pissed you off, then you could just replace them with someone else. Or if you were feeling really brutal cut it down to a Top 4 and make a post saying “I know who my true friends are <3”.

I was once sitting next to a girl and she said to me “look, I’ve rearranged my top friends, these Top 32 are all the people I really care about”. She made me look through them all to see I wasn’t on there. It was probably the most savage thing I’ve experienced and I have so much respect for that kind of slaughtering. She wrecked me.

Then there was the subtle manoeuvring. Say someone had annoyed you mildly, they could go from a four to a six, so you could let them know they’d bothered you in the most passive aggressive way possible. It’s not like they could ask why they’d been moved down, they would look petty, but they would know. And they’d think twice before they said your hair was too frizzy, or didn’t save you a seat on the bus again, that’s for sure. 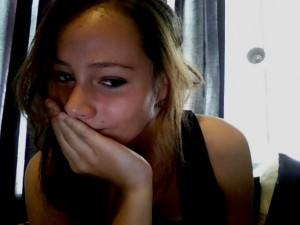 This was my Bebo profile pic for far too long

You could send love or ‘luv’

You could only send three “loves” a day so you had to chose wisely. Send one to your best friend obviously. Send one to someone you had a really good conversation with earlier and wanted to be better friends with. Send one to that cool girl you wanted to impress. But then you had none left over to send to that boy you kind of liked. But what about that guy on the bus? Maybe change your “favourite music” section to include a band you know he likes as well. Yeah that’s smart. Save the love for the girls, can’t look desperate.

But what if someone sends you love and you’re out of love for that day? Well that just makes you a fucking bitch doesn’t it. Should have prioritised better, obviously you aren’t a true friend and she definitely won’t bluetooth you that song you wanted to set as your ringtone now. Better move her up in your top friends to make things okay. Phew, that was a close one. 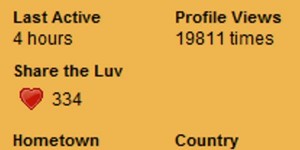 Setting ‘other halves’ was also a minefield

I don’t know if Bebo was aware that you can have more than one best friend, or if they purposely designed this feature to destroy friendship groups of three. Probably the latter since it was Bebo.

I remember a girl asking me to be her other half and I just pretended for like a week that the request hadn’t come through. I couldn’t be attached to her. This was Bebo. My social status depended on my other half. I have a friend who swears down that the other half feature was what helped her have friends in Year 8. She had a cool other half, and so people wanted to be friends with her too.

The brutality when someone changed their girl other half for their new boyfriend though. That shit was next level.  It was essentially stabbing them in the front, in public for everyone to see.

Honestly, Bebo was such a wild ride. For the six months or so that it was the social network of choice for young teens, it destroyed more friendships, created more grudges and ingrained more passive aggressive pettiness than Facebook has ever managed in all its years of monopoly. And honestly, Facebook, as much as you are a corporate soul-sucking machine, I am so grateful to you for that.