Aberdeen must’ve been the actual last place in the UK to get snow, everywhere else has had it for about a week now. You’d think being so far North that we’d be getting mountains of the white stuff. 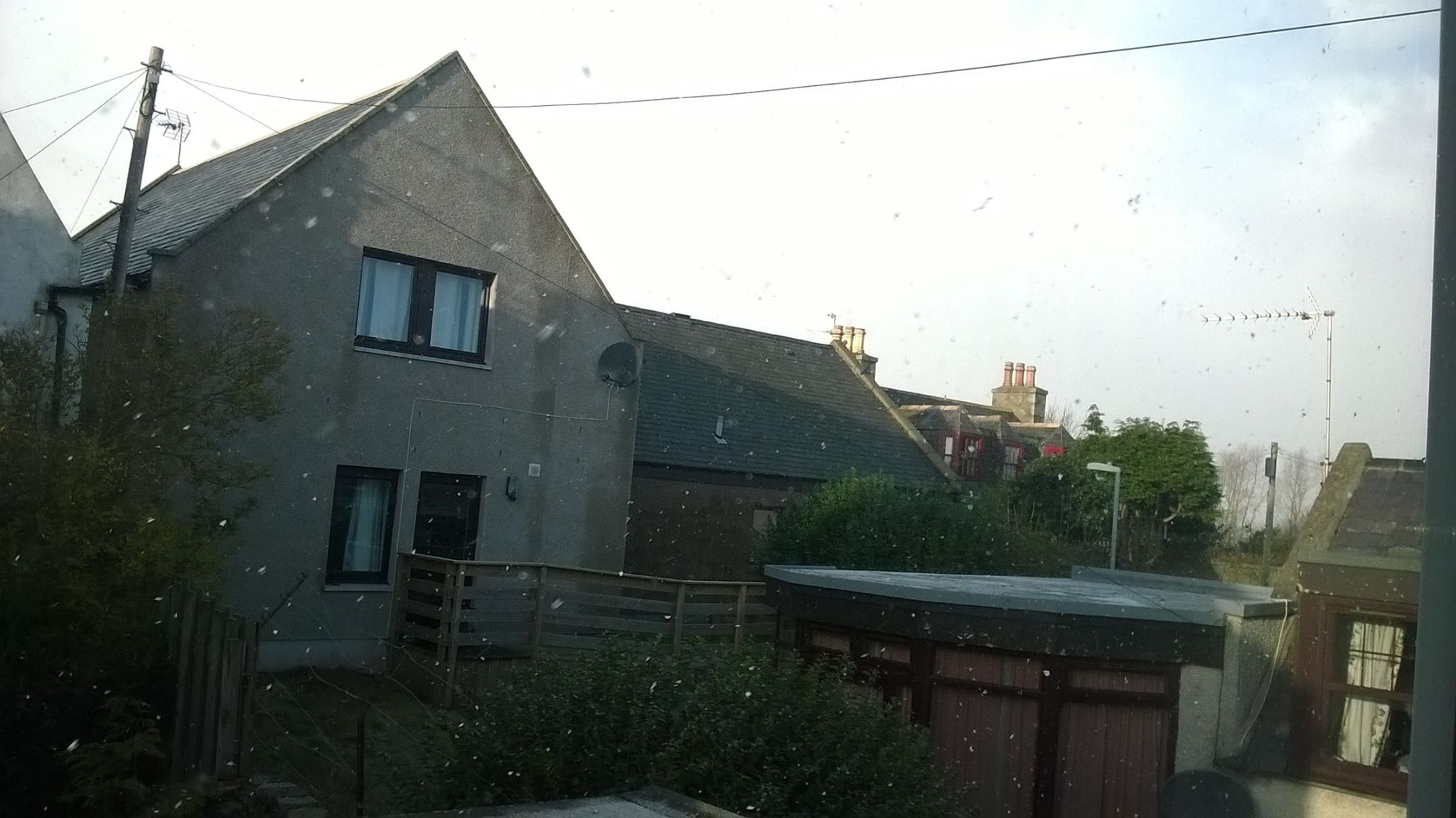 Look at those lil flakes

After the ridiculous temperatures last week and all that ice making Aberdeen one giant ice rink – snow has landed and made the city a winter wonderland. Too bad it’s February now so it doesn’t really have the same feeling does it. 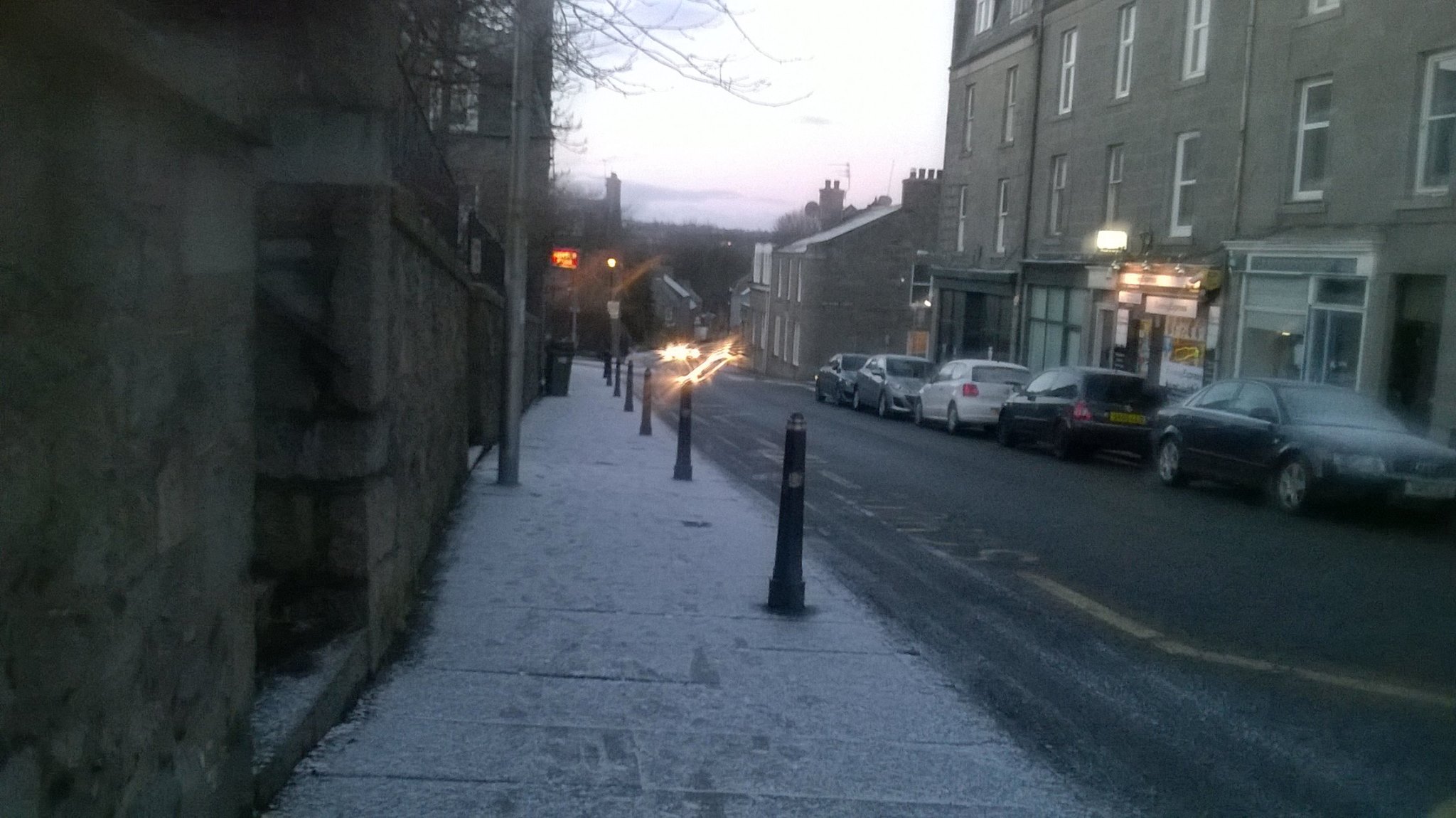 Snow is a bit irritating as it means you have to be even more careful walking up and down those demon hills in Seaton Park. And those cobbled streets are just a broken leg ready to happen. Also – it’s bloody freezing.

But on the plus side, snow makes things look pretty. Kings College is even more beaut after being dusted in white. Aberdeen isn’t really the “grey” city when it snows, it’s a lighter shade of grey now. 50 Shades of Aberdeen. 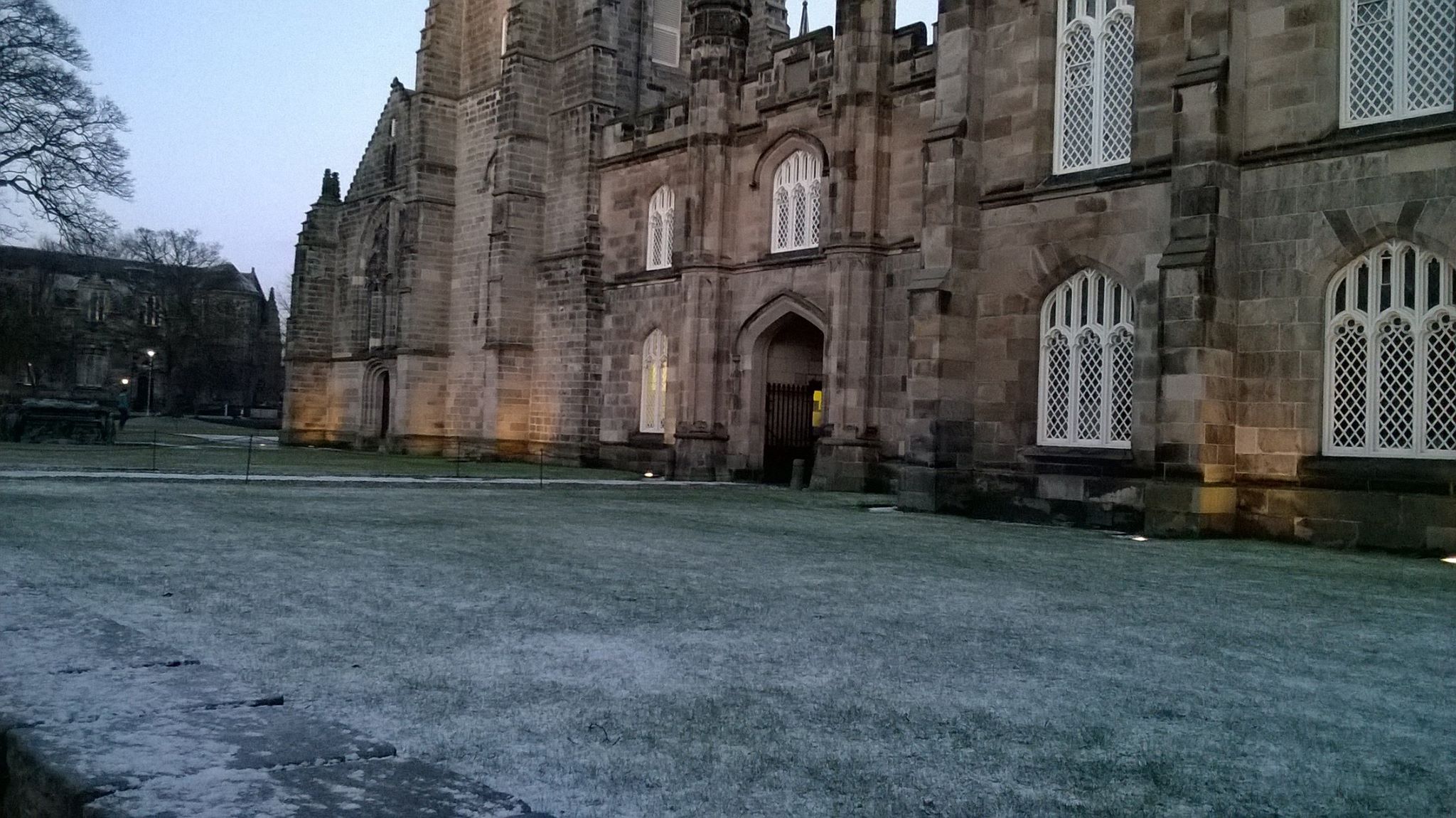 Unfortunately there isn’t really enough snow to make a snowman. Or do anything. Except those annoying boys in the flat beside yours attempting to make snowballs and attacking you with them. Sorry ladies, you can’t really embrace your inner Elsa in this sad excuse for snow – let it go.

But the Met-Office have released a yellow warning for more snow from tonight and then again on Wednesday night. Perfect weather for Wednesday’s Skite. Maybe this will provide the opportunity for drunken students to make snow-angels and snowmen on Union St at 3am. 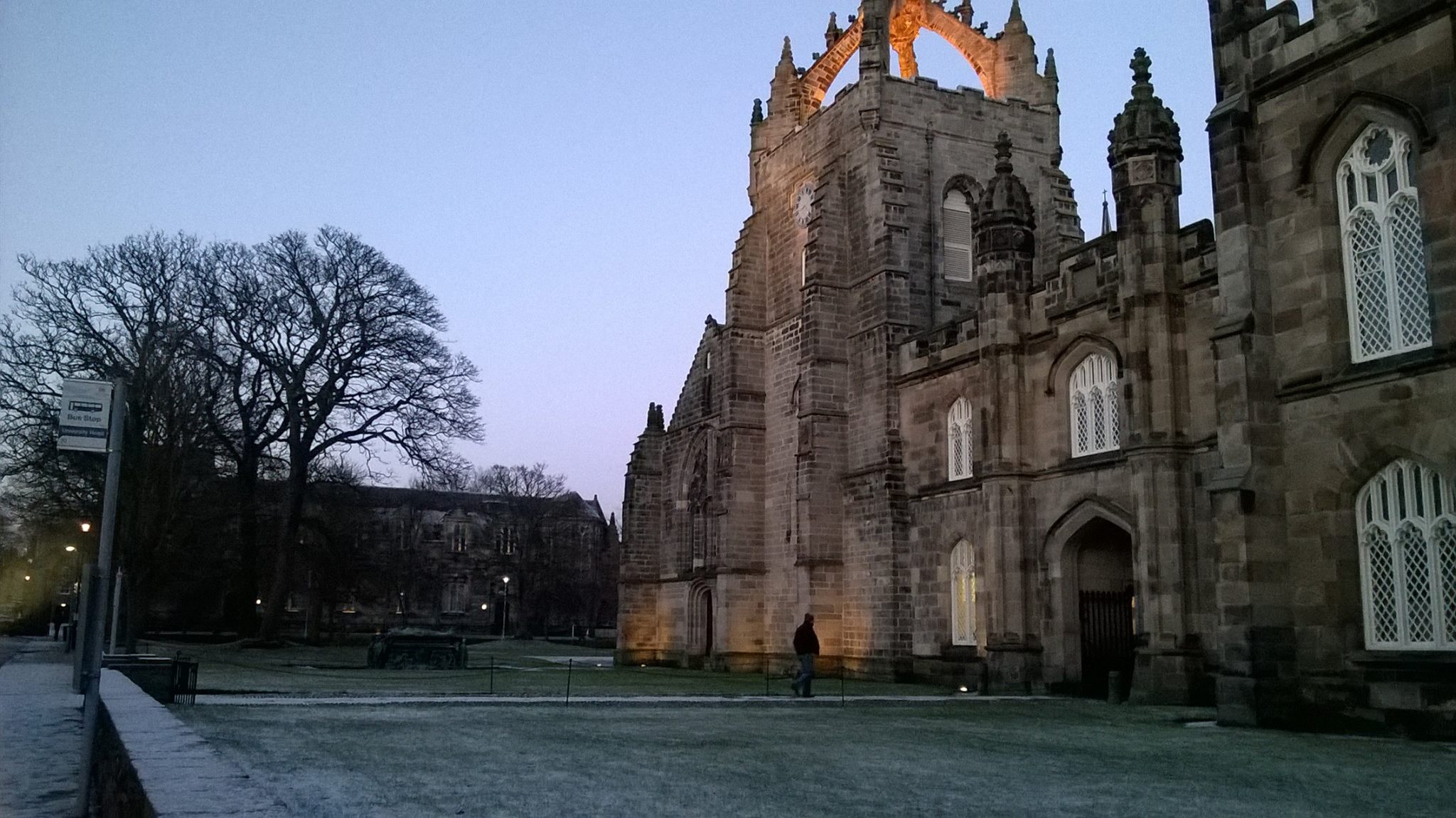 Snow is good for one thing – seeing people hilariously fall over. It makes that 9am on a Monday bearable, right?