Made in Chelsea is completely staged, and this is the evidence

It’s been fake from the start, but it’s gone too far now

Made in Chelsea is now in its 17th series. The old, original cast are long gone and we've been left with a bunch of student newbies nobody has ever heard of. It seems the friendships and situations are getting more and more forced with the new cast. It's about time everyone accepted Made in Chelsea is staged, and the new series is worse than ever.

This is all the evidence you need that Made in Chelsea is staged, and the E4 show is dying a long, torturous death. 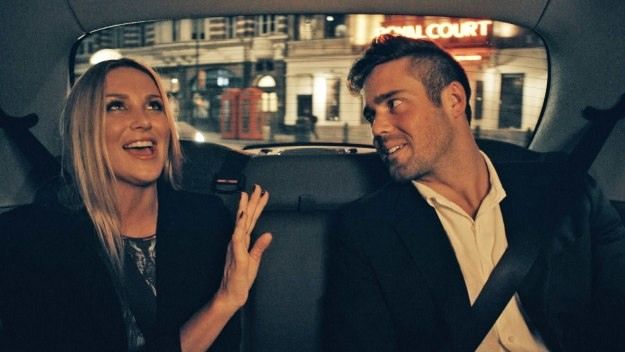 Out with the old

This has been happening since series one, but now every single encounter appears put on. Oh look, Habbs and Melissa are out for coffee, and also in the same place it's Angus and Amelia. What a coincidence!! Never for one second would you think they were all told to be at this certain place at this certain time for filming!! Everyone act shocked when you catch a glimpse of each other!!

The cast aren't even from Chelsea!!!!

The show should be called Made in not quite Chelsea, because a shocking amount of the cast don't have any links to the area at all. The cast are cherry picked for entertainment value, and cannot be called "Made in Chelsea" whatsoever. This alone is enough to prove Made in Chelsea is staged and fake AF.

In the first episode of series 17, Angus looks straight down the camera

This season has been the worst yet. The scenes are all fake, the situations are staged, and you can tell the characters aren't friends. In the first episode, newbie Angus Findlay arrives on the scene and he literally looks straight down the camera lens. He does it not once, not twice, but three times!!! 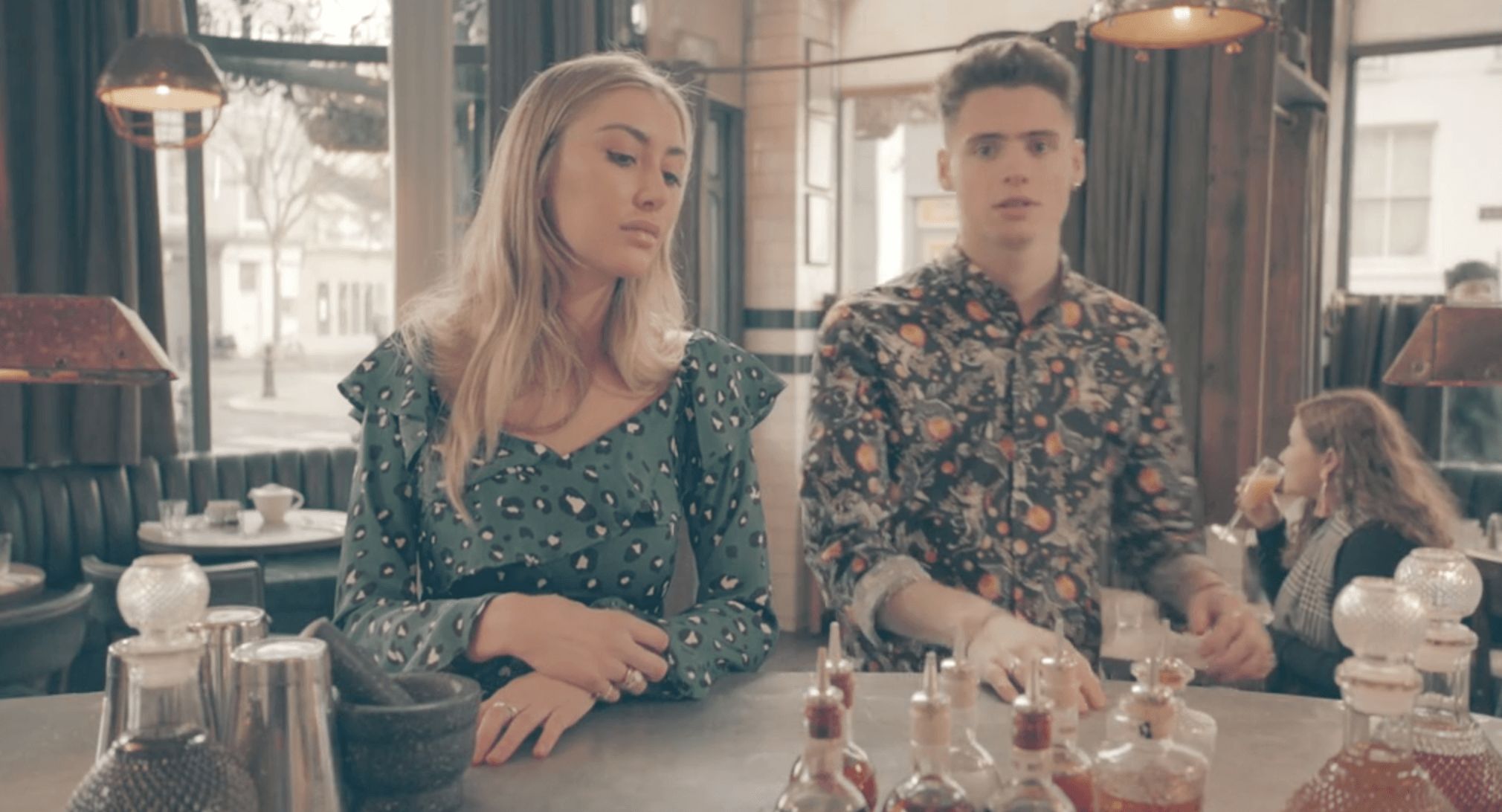 Compare this to the old series, the scenes were SO much more natural

In the first few series of Made in Chelsea, everything felt much more real. The cast were actually friends, and the scenes were more authentic. Yes, the situations were still set up by producers, but it came across as though the cameras were left in a room and the cast didn't have to act. Take series one, episode two for example. There's a huge dinner party put on, and everyone is invited. It's then one long scene, and the awkwardness when Caggie Dunlop realises Spencer Matthews has brought his then girlfriend Funda along, is real. There's no cutaways to other scenes, and the drama is left to unfold. 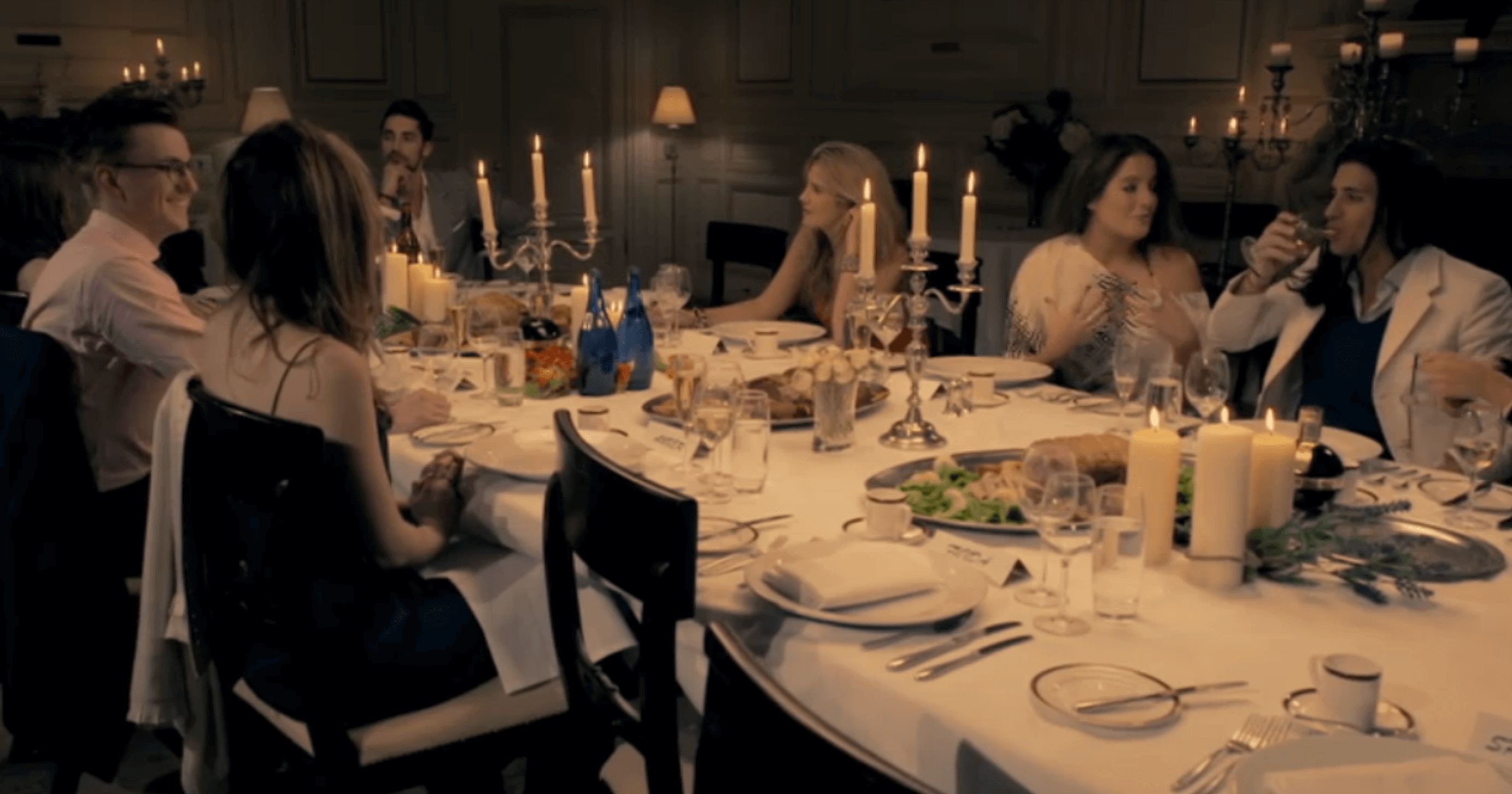 Two of the new cast members are Miles' exes

This is no coincidence, and Miles definitely isn't shocked. Not for one second does anyone believe the producers just happened to pick these two girls. Maeva is from Paris, so has no major connections to Chelsea. It's obvious it's been done to cause drama, and now they are going to be forced into unrealistic social situations just for the viewers' entertainment!!! 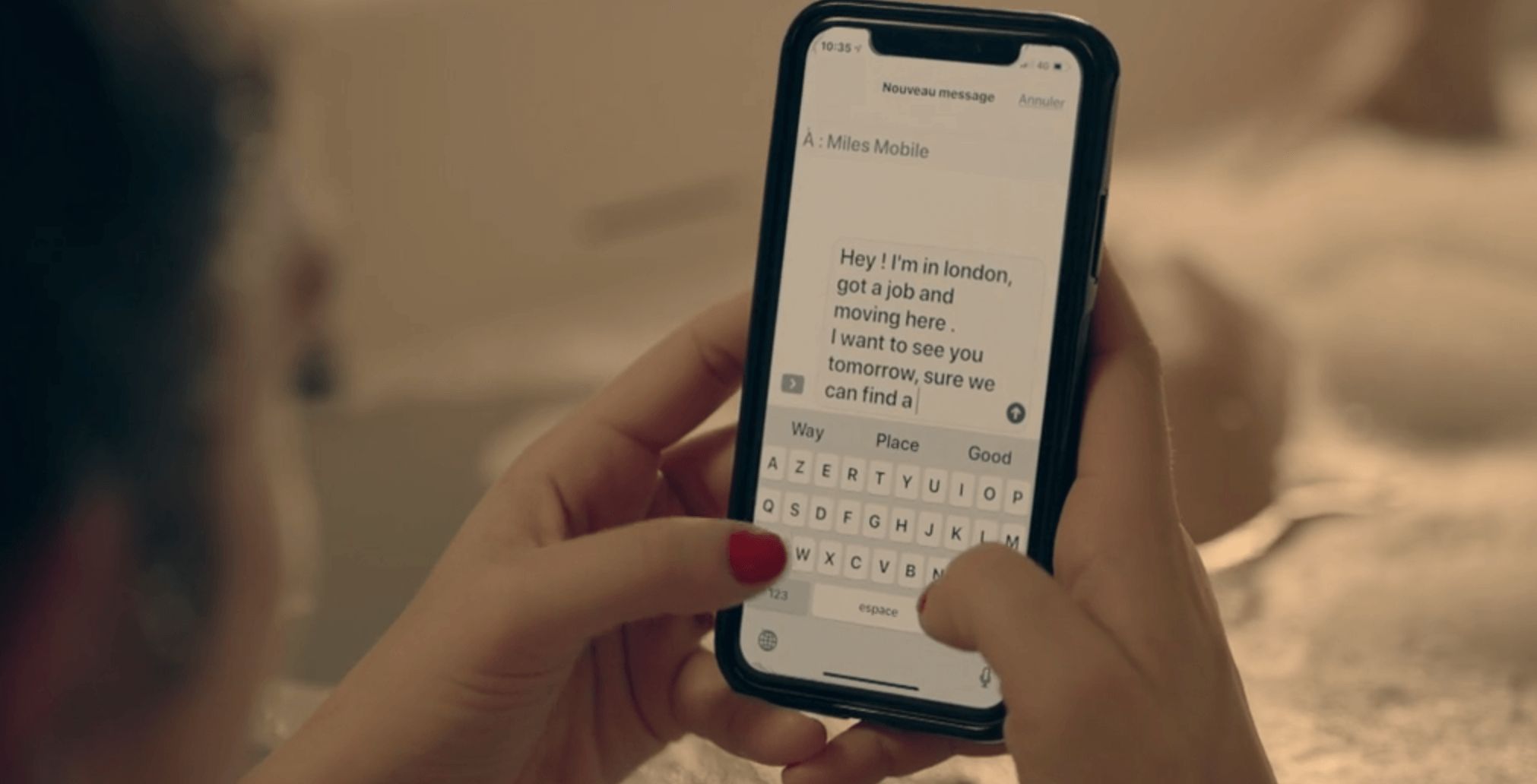 No one under the age of 50 has their text size that big. It's set up so the viewer can read every word.

When James Taylor went to Durham uni to 'surprise' Eliza, it was no surprise

In series 17, episode two Eliza Batten is back in Durham, at university. She looks up to a bridge where surprise! James Taylor is waiting for her. But, this was no surprise at all. Both Eliza and James knew exactly where they needed to be, and the exact times for filming. Eliza didn't happen to be at that specific part of Durham, as it comes across on screen. In reality, the area of Durham had be cordoned off for members of the public when they filmed that exact scene. 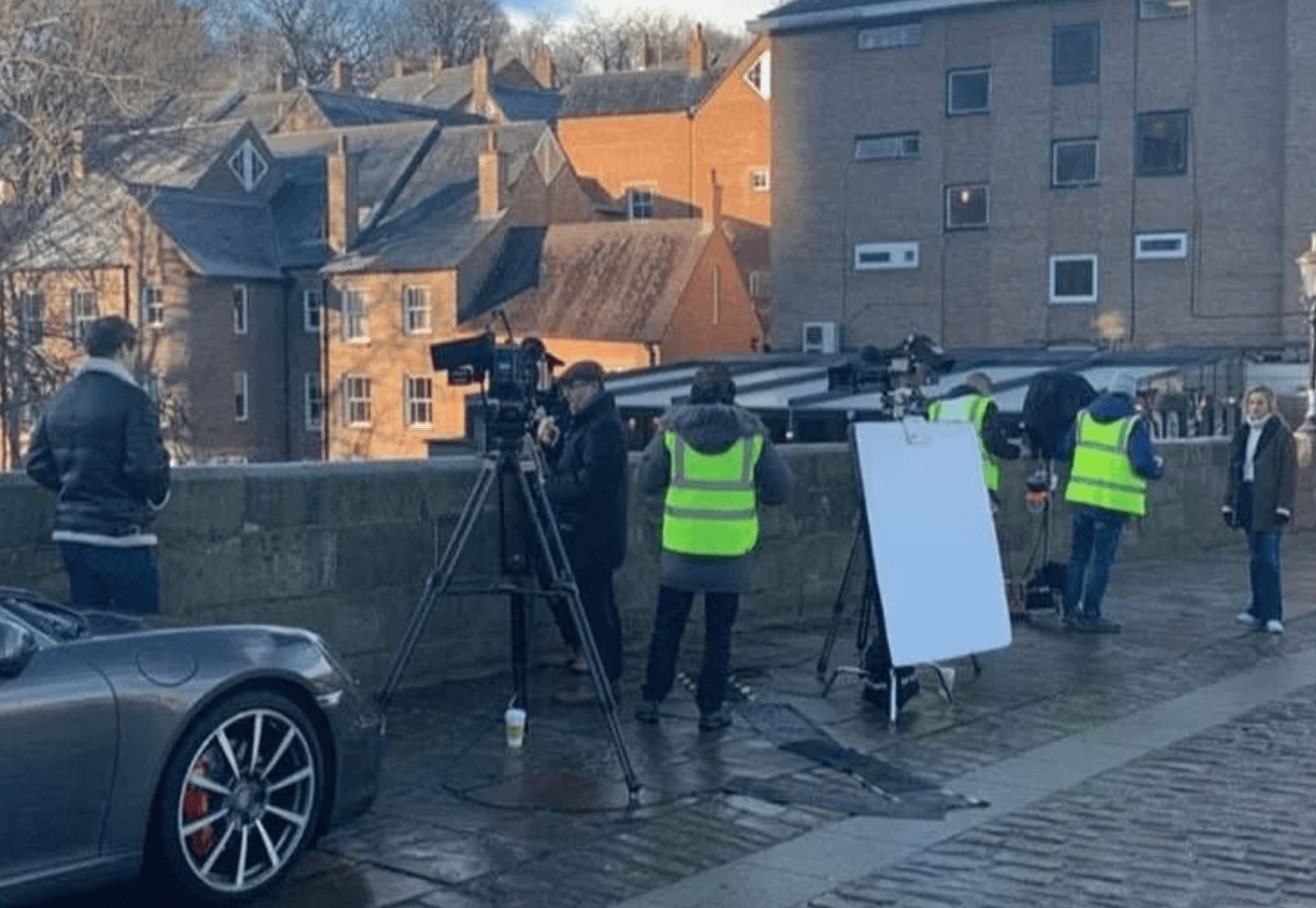 Behind the scenes, it's not at all the grand gesture that was shown on screen. There were signs all around the area telling people filming for the E4 show was taking place, and Eliza basically had to act surprised for the cameras. 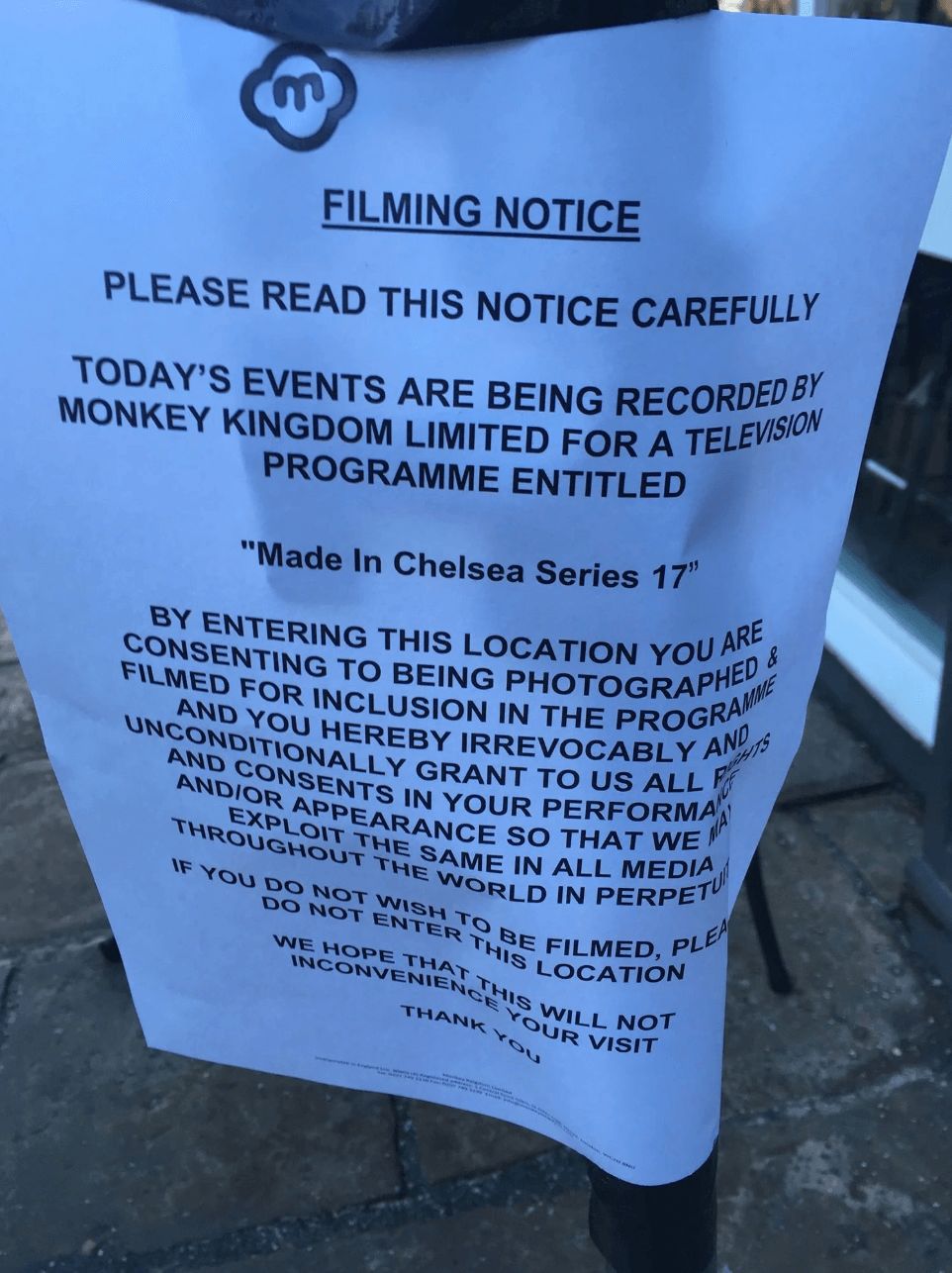 The cast themselves know Made in Chelsea is staged, and how awful it's become

In an interview in 2016, MIC cast member Hugo Taylor admitted the show is "completely fabricated". He said: "The guys are completely characterless fops, it's ridiculous." He said the original cast members were actually friends, and still are, but new cast members are simply in it for the fame and money, and fake the on-screen friendships for it.

In an interview with Sabotage Times, an extra from Made in Chelsea said: "The show is very much constructed." She claims she was told to dress in the style of the show and to pretend she was out shopping. She says she was placed a mile away from cameras to "allow the cast to perform".

In series 17, episode four, Jamie and James are meant to be having a huge argument over Verity Bowditch. Jamie is going IN on James, but James is desperately trying to hold back the laughter – and so is everyone else. Not attempt to keep the argument looking authentic was made. Angus is just sat there, looking at the table, because he's obviously been told to be there, but doesn't know what to do with himself. You can feel the awkwardness.

Made in Chelsea is staged, and the show tries to tip toe around it

Made in Chelsea isn't going to shout from the rooftops the show is fake, but it is marketed as "structured reality". This suggests it's real, but with some planning behind it. This is fine, and it makes for better TV, but why lie? Why even try to suggest the scenes are real, and the relationships and situations are all authentic when they so clearly are not?

Made in Chelsea is staged, period. It has been from the beginning, but now it's way too obvious.

• Sam Thompson has officially quit Made In Chelsea