WHO IS SHE? WHERE DID YOU FIND HER?

Big Brother might be over after Channel 5 axed the shows, but one thing is for sure – the memories will always remain. Big Brother bought us some iconic moments, like Nikki Grahame's diary room tantrums, Chantelle and Preston's whirlwind romance and Sophie Reade officially changing her name to "Dogface" just for a challenge. But, where are the iconic Big Brother housemates now?

The last series of Big Brother gave us some pretty big gossip – like producers putting Gabby Allen and Dan Osborne in the house despite their "past" and obviously the public demise of Roxanne Pallet. But I'm talking serious old gold Big Brother. The complete nobodies who became our favourite people to watch day in day out. The scandals, the fights, the romances and the ultimate transformations.

Here's where they are now:

Chantelle was thrown into the Celebrity Big Brother house in 2006 as the first ever non-celeb on the show.

She pretended to be the lead singer of fake girlband "Kandy Floss" and Big Brother made her sing one of their "hit singles" to the other housemates. If she failed to convince them she would be evicted, but somehow she managed to convince them – despite her miming the whole thing and having to read the words of a sheet.

She sparked up a romance with Sam Preston whilst in the house and they were honestly the nation's sweethearts. Chantelle won the show that year.

Since then she married Preston, split from Preston, married mixed martial artist and Katie Price's ex Alex Reid, had a baby with him, divorced him, and never really left the trash celebrity showbiz world.

She went on Ultimate Big Brother in 2010, and has been on countless other shows such as Come Dine With Me, The Weakest Link and This Morning.

Most recently she's been appearing on TV and speaking out about how she's "addicted" to lip fillers. Is anyone even surprised?

She looks completely different to the "blonde bimbo" she called herself in the CBB house. She's now dark and almost completely phased out her circa 2008 style sweeping fringe. She invented that trend.

Ahhh Preston. 1/4 of The Ordinary Boys who bought us Boys Will Be Boys and the other half of Chantelle and Preston.

Despite the fact he entered the house engaged, he still pursued Chantelle – which showed the UK just how ruthless this guy is. 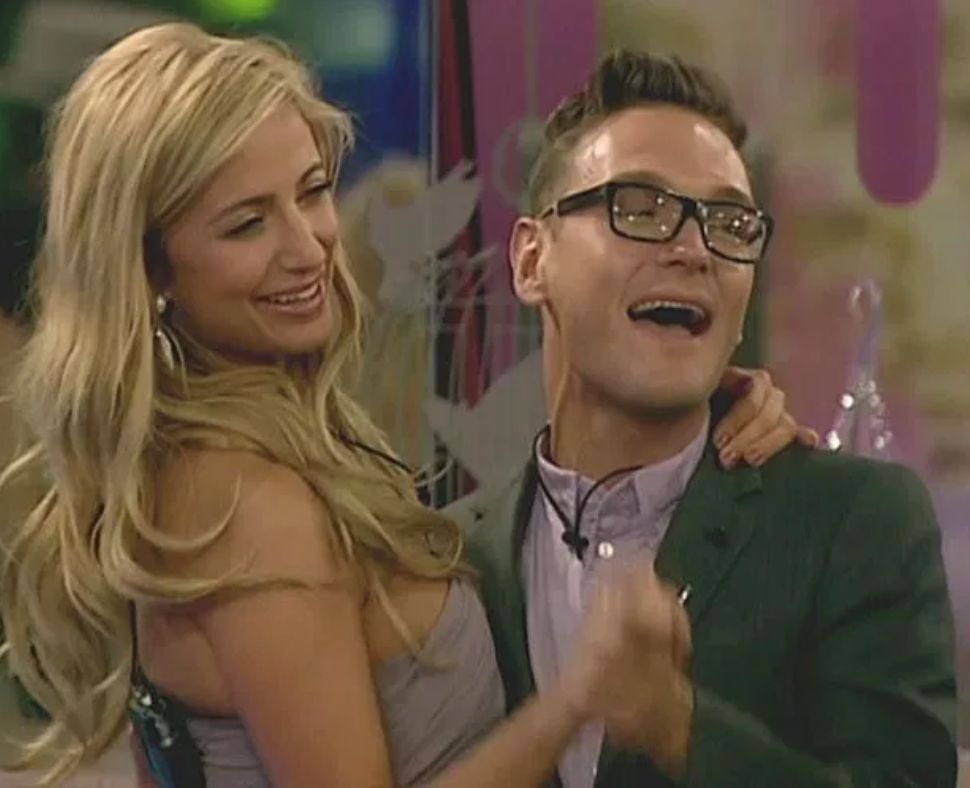 Since his stint in the house his life has been nothing short of a rollercoaster.

He stormed off Never Mind The Buzzcocks when they rinsed Chantelle, divorced her, went on to Ultimate Big Brother, got drunk and fell off a balcony, appeared in a major AWKWARD episode of First Dates and he's BLEACHED HIS HAIR.

These days he's still just as fit and edgy, and is still living in Brighton.

But, hold the phone, he's got engaged to someone else!! He seems totally loved up and in a recent Insta dedicated to her, he thanks her for being there when he fell of the balcony a year ago and is celebrating being one year sober. He is living his best life.

This one @loveisenough got a phone call exactly 1 year ago that I had fallen off a balcony and was unlikely to survive the night. She got on a plane and stayed with me till I was off the life support. Now I’m 1 year sober and living my best life. Very lucky boy indeed. 😇💋🧚‍♀️

His fiancee is Emily Smith and she's a TV producer.

If you're a true Big Brother fan and someone says to you "who is she?" you WILL reply "where did you find her?!" in your best dramatic Nikki voice.

Nikki is an icon. She was since 2006 and she always will be. She made winging and complaining the best entertainment there is and has given us a piece of TV gold that will never be not funny, instead it has aged like a fine wine and is still as incredible as it was when it happened live, if not better.

She's been so busy since, proving that Nikki Grahame is a gift that keeps on giving.

She's been on loads of other TV shows including appearances on BBC Breakfast, Lorraine and Celebrity Juice – and also went onto Ultimate Big Brother.

Off to spice up my life.. #SpiceUpLondon 🙌

Gorgeous evening at the Albert Hall with @tvtimesmagazine at #Christmaswiththestars for @bloodwise ❤️ .. thank you @quizclothing for my beautiful dress ❄️🍾

She has been public in talking about her struggles with anorexia in the past, and has had two books published.

Plus, she is just a walking meme.

Posted by The Holy Church of Love Island on Friday, September 14, 2018

Given that she's a national treasure, it's no surprise that she is popular. But seriously – she is pals with everyone.

She hags out with the Love Island gals like Olivia Attwood, Amber Davies, Olivia Buckland, Gabby Allen and Georgia Harrison, Nadia Essex, The TOWIE cast and she's still in contact with Aisleyne from BB.

During the show Pete was open about suffering with Tourette's syndrome and won the hearts of the nation and won the 2006 series.

He also had a brief romance with Nikki, which everyone had such high hopes for. Unfortunately, Pete finished it after just a month. Brutal.

Pete ended up being homeless in 2015, and was sleeping on friend's sofas. 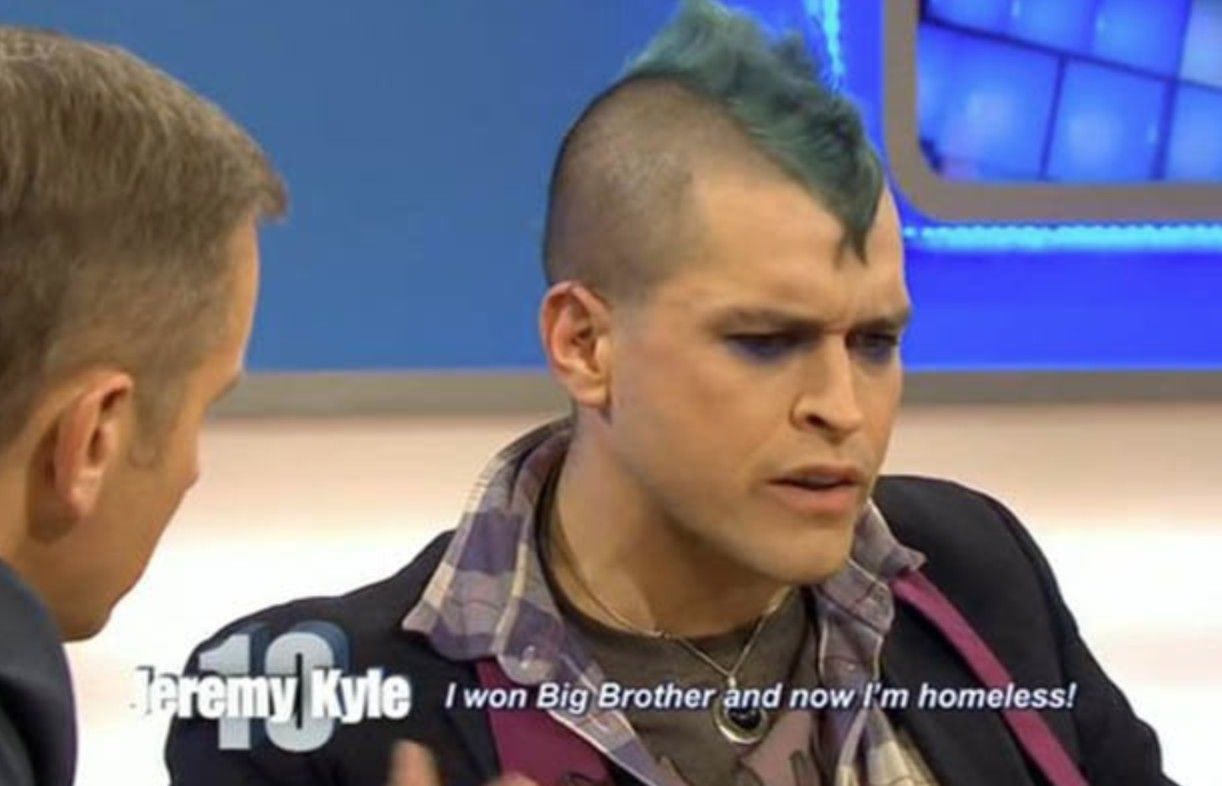 He even went on The Jeremy Kyle Show to talk about his situation at the time.

Since the house he's done a few TV bits, including being reunited with Nikki on Loose Women – saying they're still on good terms. Cute. 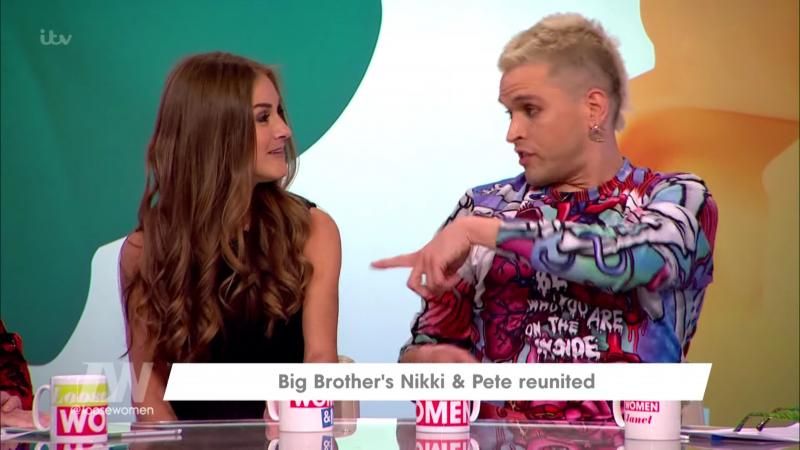 But now it seems from his Instagram, he's turned his life around completely as he says he's a "Punk/Hippy/vegan/lover/raver" and an actor and music producer.

What's got me so giddy? 🌟Get my top at @offendmyeyes 👀❤️

It's basically a complete different person.

In between all the things he lists himself as, it looks like he spends his time going to absolutely every festival and similar event that there is in the world.

Bank holiday weekend was a nice campfire and lightning ⛈ 🔥🍄🌻

Nadia was the stand out star of the show in 2004, being the first ever transgender contestant. 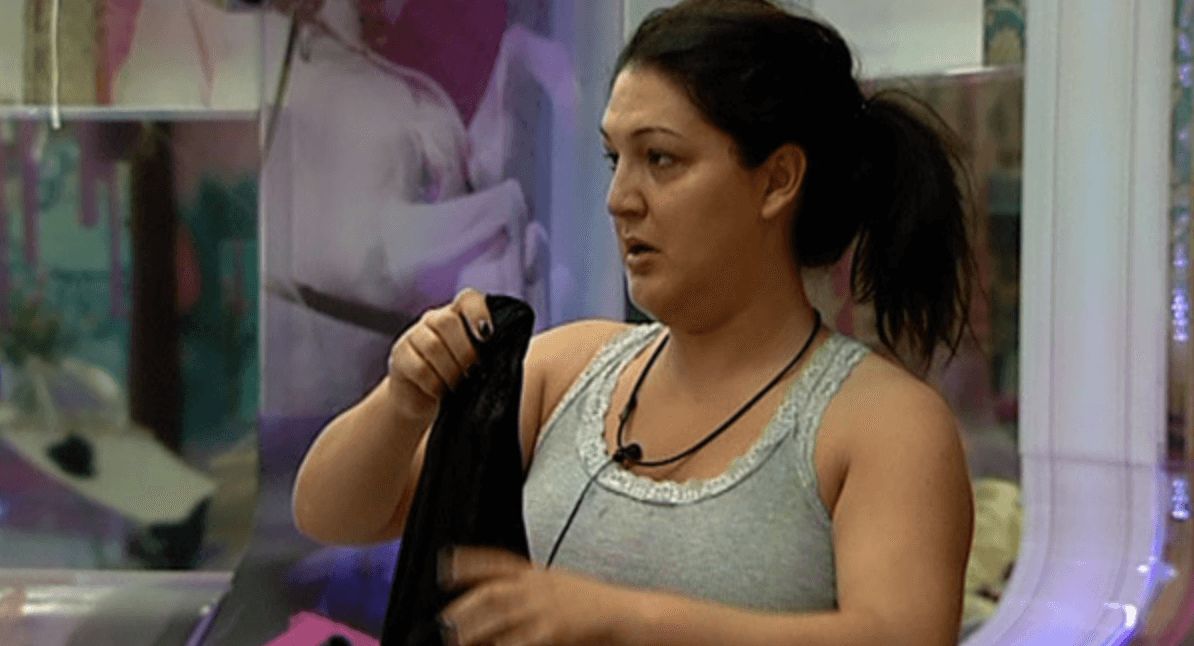 She started some epic fights, demanded fags and ended up winning.

She's since released a song, and been on Hollyoaks to turn their Christmas lights on.

She went on Ultimate Big Brother – but wasn't as liked the second time around after comments made to the then newest winner, Josie Gibson.

She's now a hairstylist in London.

Aisleyne is another popular face from the class of Big Brother 2006. 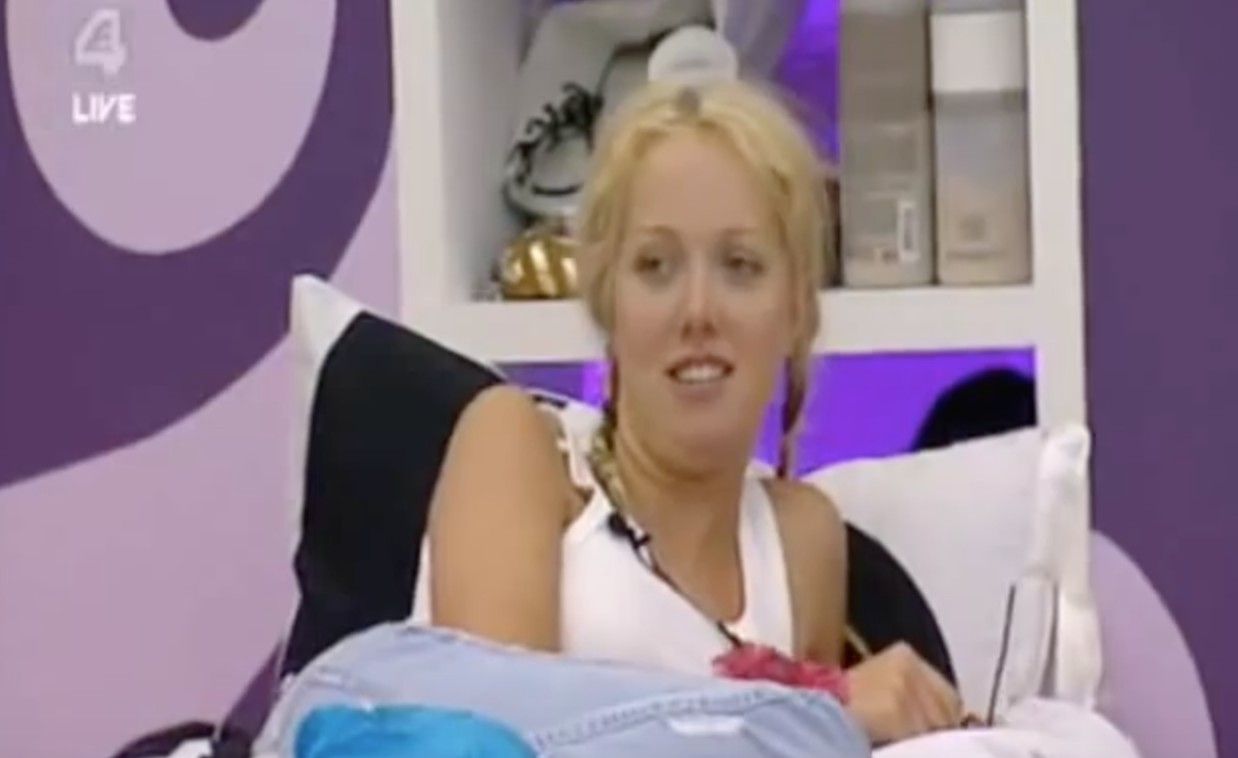 She reached the final day in '06, but turned down offers to appear in Ultimate Big Brother 2010.

Since then she's hit the headlines multiple times. She is said to have "feared for her life" after being held at gun point, appeared on This Morning discussing her past miscarriages and went on to date Rykard from Love Island.

Now she's deep in the world of Instagram sponsored posts and has completely changed her look.

Sophie Reade was in the house in 2009 and won. Her most memorable moment was when she officially changed her middle name to "Dogface" just for a task. 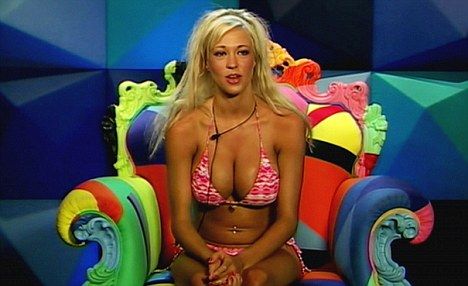 These days, her Instagram is literally X rated. She's had fillers, and looks completely different to how she looked in the house.

Be strong, be fearless, be beautiful… 💫

Hey guys I will be on @babestationtv tonight 10pm til 5am! Hope to hear off you lovely lot #model #blonde #curves #babestation

No wonder she has over 100k followers. Seriously, go and look for yourself. 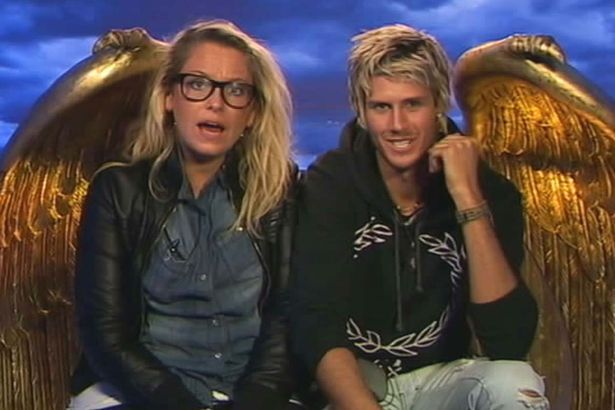 Remember her and John James omg

Josie was part of the BB Class of 2010. She had a brief romance with fellow housemate John James but they split, and it doesn't look like it ended well.

She now makes regular TV appearances including being a panelist on The Wright Stuff. 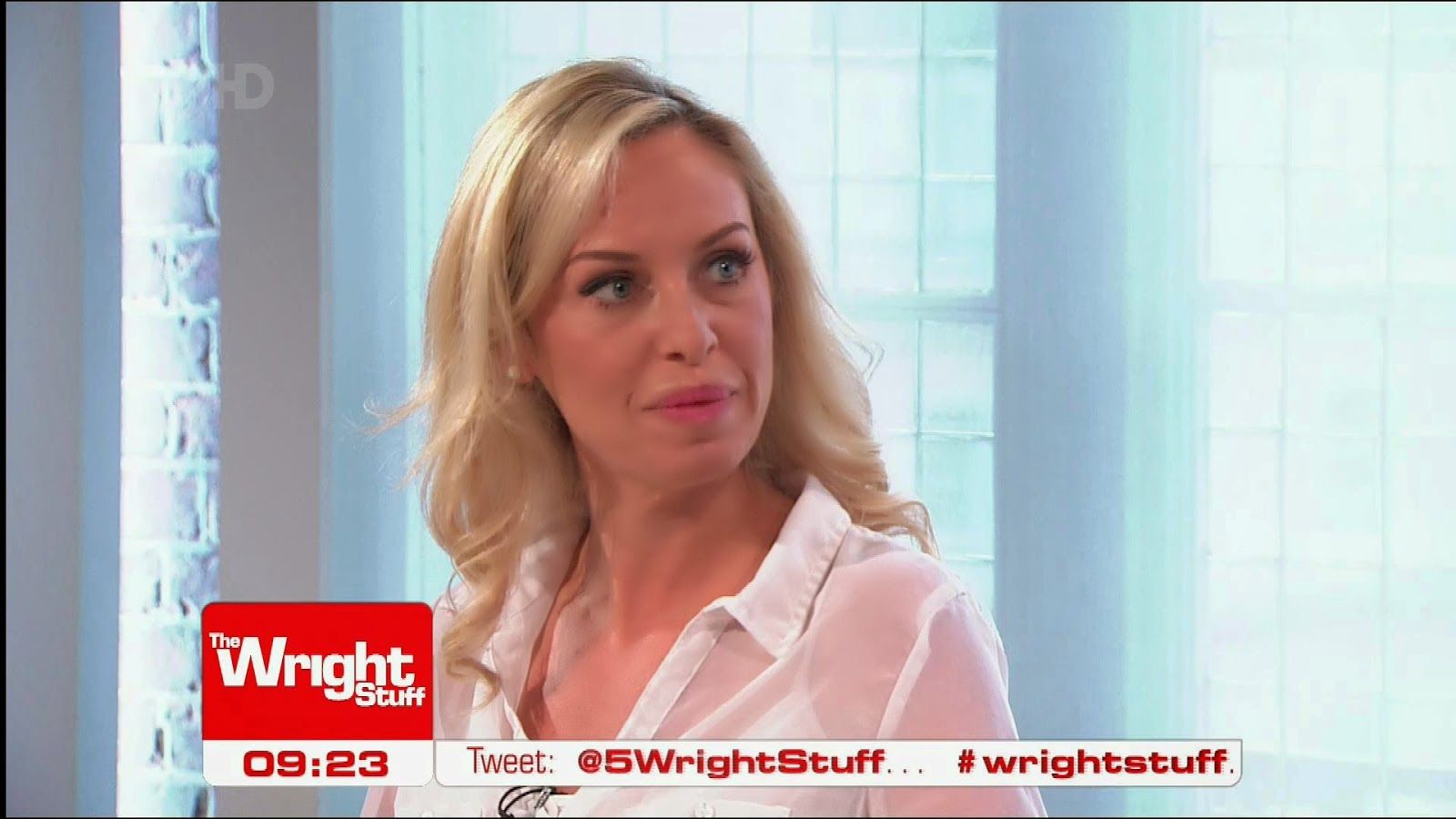 And just last week – SHE HAD A BABY! And in the most iconic give-this-woman-a-medal style ever, she admitted that "slut dropping too hard" was what caused her waters to break. Omg I love her.

Her ex John James has also done a few things himself – including taking part in Love Island Australia.

Chanelle was another contestant that had an in house romance – hers with Ziggy Lichman. 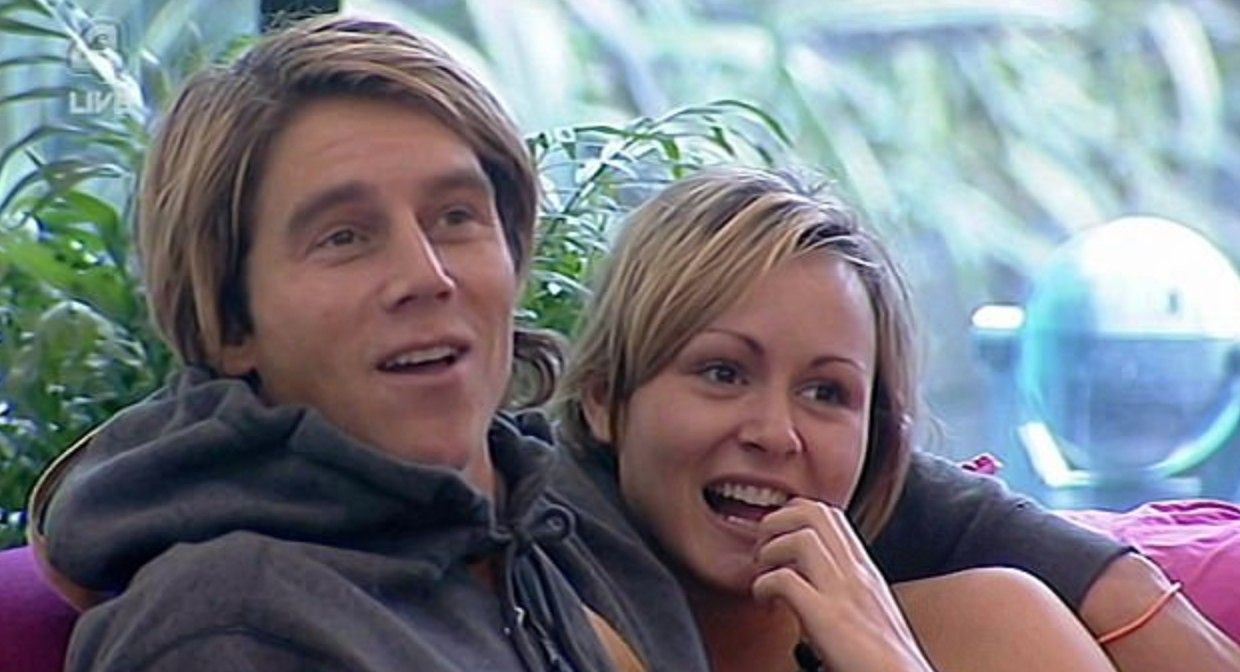 The pair together in Big Brother 2007

Since then she's been on TV and in the spotlight a lot. She's spoken about her struggles with her weight, Twitter spats and how being a mum "saved her life".

She's now a mum of two, and a family and weight-loss blogger.

Thinking about doing some sort of interactive weekly weigh in with my followers who want to lose weight. We could spur each other on and share tips and recipes etc. Comment on the sort of thing you’d like to do and whether it should be on insta/Twitter etc. . . . #weightloss #weightlossjourney #wellbeing #slimwithchanelle #diet #healthyfood #healthylifestyle

I am absolutely BUZZING at my progress so far. Slow and steady is definitely winning the race. Check out @celebrityslimuk to begin your journey from before to after! How much do you have to lose??!?? . . . #weightlossjourney #wellbeing #healthyfood #healthylifestyle #choices #fitness #diet

Easy to forget that Brian Dowling was once a humble nobody on Big Brother – as now he's actually pretty famous. 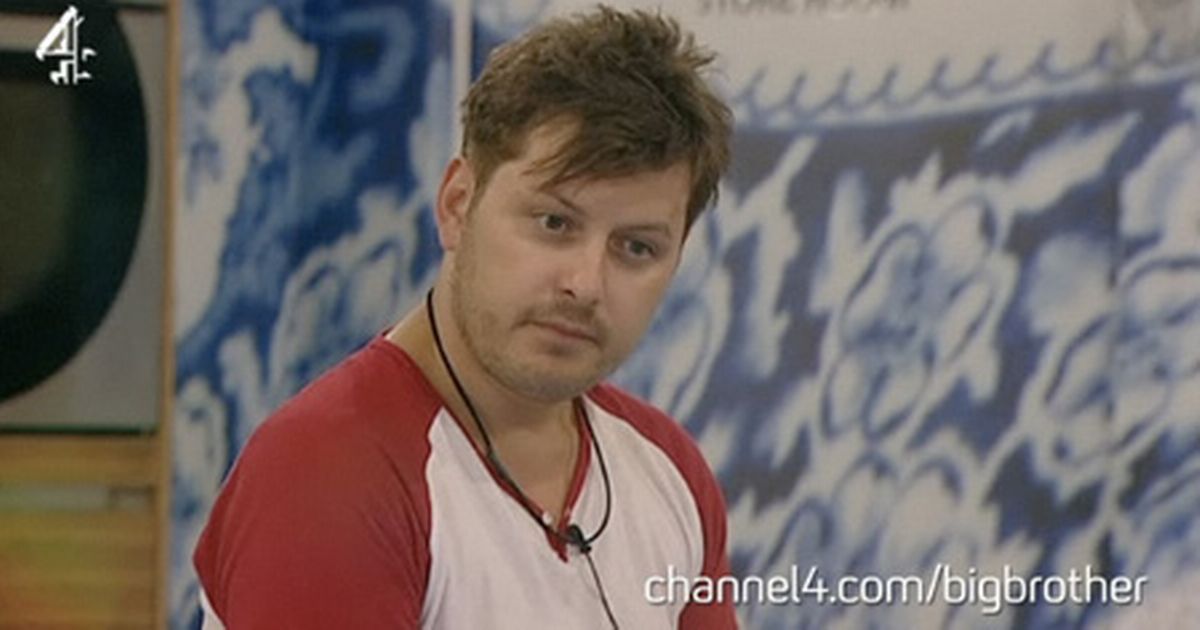 Since then he's gone on to become a successful TV presenter. He's presented Big Brother, The Real Housewives of Cheshire and on This Morning.

Brian Belo, ahhhh Brian Belo. He came into our lives through Big Brother in 2007 and I don't think anyone has been the same since.

He gained attention mainly for being quite frankly a bit dumb, like when he said he had no idea who Shakespeare was.

And then after Big Bro he became a regular on Harry Hill's TV Burp – as you do, and he had his nudes leaked.

Now he rants on Twitter and slags off Emma Willis – he hasn't really changed all that much.

Remember when Brian Belo, Brian Dowling, Nadia and Sophie all went on Come Dine With Me and it was absolute carnage? Iconic.

Brian B falling off his chair. Never forget x

I swear they were all drunk every night

Sam and Amanda were the first twins to enter the show as one person, Samanda, back in 2007 when they jointly came second on the show. 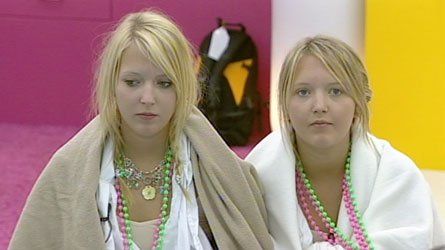 Now, they look completely different, totally grown up and Amanda is an Assistant Merchandiser at ASOS!

Back in Kentish Town