This is all kinds of messed up

Amber Davies, last year’s Love Island winner, has spoken out about her opinions on casual sex.

In an interview with the BBC, she said:”I’ve been speaking to my friends about the question: Is sex becoming too casual?

“I think we need a new set of rules before saying yes to getting intimate.”

Are young people having too much casual sex?

And the reactions have been mixed because some people agree with her, calling her advice “solid.”

But a lot of others were disappointed:

This video is more damaging than casual sex. Here's a message to young women, as long as it's consensual and you're happy, have as much casual sex as you want! It absolutely doesn't equate to how much self respect you have. https://t.co/uoYNPEQ74e

I don't like how she's implying that you don't respect yourself if you want to have casual sex. Also, the essentialism in "we know women get attached" is distasteful. I don't like what I choose to do, which doesn't hurt anyone, being dissected and labelled good or bad.

While some are calling her out for having sex on live TV, saying she “beat on tv.”

Not that I don’t agree with some of this but (1) The idea that men can have casual sex where women can’t because women are more emotionally vulnerable is bordering on misogynistic and just untrue to be honest (2) someone else’s sex life shouldn’t concern u but..3) u beat on tv ? https://t.co/kdASyEOWIE

But that has nothing to do with why her new rules are all kinds of messed up, read them here for yourself:

Rule number one is ‘no sex on the first date.’

Amber says: “If you don’t know the person, don’t have sex with the person – it’s all about the self-respect.”

Ah yes, because any self-respecting person can’t make adult decisions for themselves!

Rule number two is ‘If there is alcohol involved ask yourself, are you going to regret it in the morning?’

She continues: “Because when you’re under the influence of alcohol, you become a lot more vulnerable, male and female.”

Just a heads up that if someone is so drunk that they can’t make a decision for themselves – that’s not consent. If there is alcohol involved, you need to make sure you have the other person’s consent and they have yours. 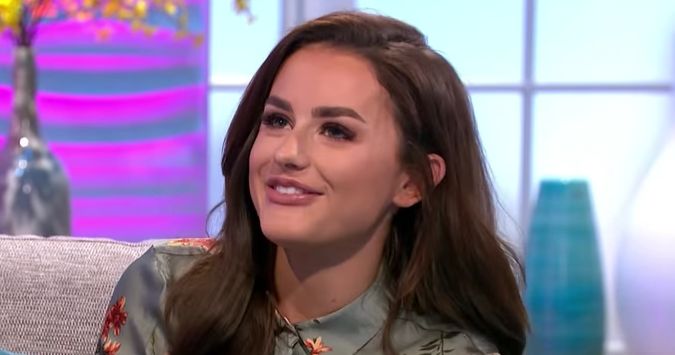 Rule number three is ‘don’t think sex is to impress.’

“I think females and males would be a lot more impressed if you don’t put out on the first date.”

Yeah, so this is a date, not a job interview. If they don’t like you for being yourself, they probably aren’t right for you, are they? You don’t need to impress anyone.

“Us females, we all know we get emotionally attached after sex so if you don’t want to get hurt don’t do it.”

This whole idea that females are more prone to “catching feelings” is misogynistic and untrue. Women are capable of separating sex and emotions. Plus, men have feelings too.

Rule number five is ‘ Don’t follow the crowd’ only because sex has become so casual these day doesn’t mean you have to do it.

“So stand up for yourself.”

It’s great that Amber Davies is telling women to listen to themselves and not the damaging rules she made up!