It’s been a long, hot summer

You may have heard Love Island Season 3's Gabby Allen is entering Celebrity Big Brother. If that's not weird casting as it is, she's also entering with the guy she's rumoured to have had an affair with whilst she was with Marcel Somerville, who was her boyfriend when she left the villa.

The guy is Dan Osborne. You might have also heard of him, he's the hunky one from TOWIE that's married to soap star Jacqueline Jossa. Well at least we think they're still together.

A lot has happened to Gabby since she left the villa, so I think it's about time to delve into the scandal of everything that's been going on before she starts off in CBB. If you needed something to fill the Love Island shaped hole in you heart, it's about to begin.

Gabby is a fitness instructor and dancer from Liverpool, and entered the series three Love Island villa on day six. She went on to couple up with the boy who, at the time, was the nation's favourite – Marcel Somerville. We'll get to why he's not our fav anymore later.

The pair became boyfriend and girlfriend, and left the villa together after coming fourth in the final.

Gabby has since then deleted almost all the evidence that she was ever in the villa from her Instagram. Probably because all the photos were with Marcel.

✨This is your 2 hour warning ✨ • • Make sure you tune in at 9pm tonight ITV2, for our Gabby as she enters the Island ❤️? • • • • Head over to @loveisland for a sneak peak!! • • #LoveIsland #PocketRocket #ReadyToLaunch

Since the villa, she's done sponsorship deals, PAs and even launched her own clothing line

Gabby has been pretty busy, but who can blame her when ex-Islanders can make thousands per personal appearance, and even more from Instagram.

??I LOVE a fresh ‪Sunday morning‬. It's my new thing I feel like I get so much done. Gym, clean the flat, work on upcoming projects!! ??& feeling particularly energised after trying out @FreeSoulSistas protein blend. Nowdays, I find a lot of proteins to be either really heavy or very sugary and I end up throwing it away. ?This one however, seems to be just the right density and flavour??Also cannot WAIT to try the herbal teas which help regulating your sleeping pattern, something I am very much in need of and helps balance hormones, something Marce is very much in need of haha! @freesoulsistas is running a sale this weekend, 30% off and free shipping over £30 too!

She's also had her own range come out with QUIZ clothing and landed a book deal, so it's safe to say after the villa she's doing pretty well for herself – and probably making A LOT of money.

It was all going well, then the DRAMA began as Marcel cheated on her whilst they were on HOLIDAY together

This was the news that shook the entire country. Marcel cheated on Gabby whilst they were on holiday together, and to make it even worse, there are screenshots.

In these messages, Marcel is asking to to meet a woman for "day sex" after him and Gabby had an argument on their holiday in Mexico. He texts: "Yeh I think were over now, tomo ill be available, we can have some day sex." 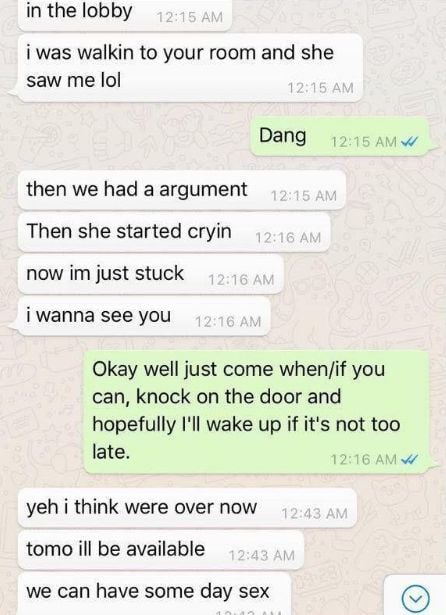 An inside source told The Sun: “They had a row one night so Gabby went back to their hotel room to sleep. Marcel started chatting to another woman at the bar where they kissed in full view of other guests. He insisted that he was staying there for promotional purposes and that it was over between him and Gabby. He claimed his relationship with Gabby was over and he just needed to make it through the week."

HOW could he?! The Love Island season three couple that we all backed from their first day together were FALLING APART. Marcel and Gabby's mums had been on This Morning together, everyone thought they were the real deal, we were invested!!!

It was reported after this that Gabby dumped Marcel.

He cheated when they were on HOLIDAY together!!!!

Then there were MORE cheating rumours, and Marcel confirmed they were true

It was then reported that Marcel took another woman out for a swanky dinner and was kissing her, when he was with Gabby. He invited the other woman to a club, before remembering Gabby has pals that work at the club – so he quickly retracted his invitation.

Gabby of course found out and posted an Instagram story to address the claims.

In it she said: "Thank you to everyone for your kind messages, love and support. It's been a tough couple of days, I think I might still be in a bit of shock! But I'm sure in time I will be ok. I have the best family and friends around me. I'm a lucky girl."

Marcel confirmed he did cheat on Gabby and said he "will regret it forever."

One day left in Mexico ?? at least the sun made an appearance today ?? Bardot top from @missyempire ??‍♀️

AND THEN, Marcel hit back and said that Gabby was cheating on him with TOWIE's Dan Osborne !!!!!!!!!!

Marcel said that Gabby had cheated on him with Dan whilst she was on a work trip in Marbella. He said that they slept together, and carried this on when they were back in the UK. Gabby has always denied the claims.

Speaking to The Sun, Marcel said: “A mutual friend of Dan and I told me that Gabby and Dan were having sex in Marbella on their work trip, and also when they got back to England.

“They saw I was having a hard time with everything and thought it was only right I knew the truth – the person has no reason to lie, so I believe it happened."

The Mirror also published photos of Gabby and Dan on a boat in Marbella looking veeeeery cosy.

I hate to see you go, but I love to watch you leave… ❤️ @missyempire

BUT, Dan has a wife and family – he's been married to soap star Jacqueline Jossa since 2017

Dan and Jacqueline, who played Lauren in EastEnders, have had a pretty on and off relationship. They got married last year but decided to "take a break" from their relationship in April after a series of rows. He has since said that they are back together.

Good morning all! I just found this cute picture and I know all I post is pictures of my baby or my wedding but this is cute lol. Little selfie.. we where waiting to go into the room and celebrate after the ceremony .. and we had a little time to just cuddle and realise “omg we are married” what a beautiful day it was. I love you baby!! @danosborneofficial ❤️???

Dan has two children, Ella with Jacqueline, and Teddy from a previous relationship. The pair have been all over the press with stories of their arguments. Oh, and Jacqueline is pregnant.

What a lovely day we had yesterday ?? got a little bit, ABSOLUTEY FREEZING as it got later ? so the onesies came out! ❤️ @jacjossa

Now Dan and Gabby are both appearing on Celebrity Big Brother, TOGETHER!!!!!!

As if the scandal could get any bigger, in the biggest plot twist of them all, both Gabby and Dan are appearing in this year's Celebrity Big Brother.

So yes, they'll have to be living in a house together amid all of this drama.

In an interview pre-entering the house, Gabby is asked what the craziest rumour she's heard about herself is. To which she replied "that I had an affair with a married man". Obviously dismissing the claims as nothing but a rumour.

In Gabby's CBB VT, the claims about her and Dan are addressed and she says the rumours were "harder than her initial break up", because Marcel had tried to make her out to be just as bad as he was.

She says she wants to make sure people know that she is loyal, and "from the bottom of [her] heart, a good person".

Well, apparently their first encounter in the house was pretty awkward, so we'll see how that one pans out.