He is the reality show everyman

Last night Peter from east Oxfordshire arrogantly captured our hearts. The Come Dine With Me contestant exploded when breaking the news that instead of winning the coveted £1000 prize money, as he expected, he had in fact lost. And we found it really, really funny.

Best Come Dine with Me episode ever. Peter the prick loooooool

Peter from east Oxfordshire had every right to be angry. He had just cooked a five course meal and his dinner guests had the audacity to throw his slow roasted beef back in his face but, instead of cringing at Peter from east Oxfordshire, we were entertained. We were entertained because we all thought, yeah if that was me I’d be pretty pissed off.

Instead of tip toeing around things he smashes them into a pulp with his forehead. Peter from east Oxfordshire complains about the food in Pizza Express, he tries to order beer in a foreign language while on holiday and he reads Clarkson on the toilet. Instead of getting flustered and red faced, mincing his words, Peter cooly delivered a comprehensible sentence and looked at the camera.

He’s the reality show everyman, which is what anyone on a reality show should be. Not a scripted and airbrushed Hollister model, but someone rude with an otherwise vanilla personality that occasionally boils over into embarrassing anger. Peter from east Oxfordshire is a hero. He is a hero because he does not care. 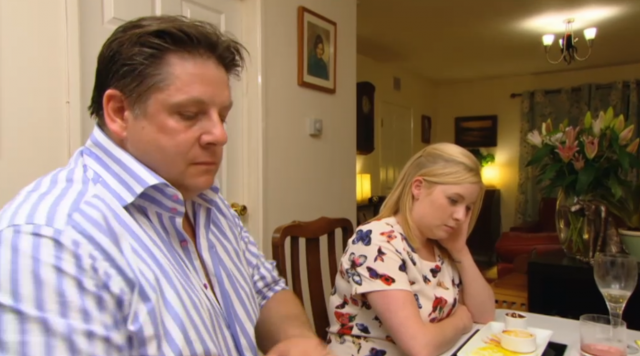 Come Dine With Me’s card wielding diners are just like us, they have the archetypal night out. Everyone gets together and makes small talk to get around the awkward anxiety of what might happen when you’re dancing in a dimly lit corner. Once the fizz is flowing, everything mellows out and you pretend to be interested in your company. Then someone makes a social faux pas and everyone gets angry. Someone wins £1,000 and you end up dancing in the street drinking from a half-full bottle of Cava stolen from your host.

All of that sounds familiar, right? Okay maybe apart from the bit about the £1,000. If you had to hand a grand in cash over to someone in your living room you wouldn’t be too happy about it. Read out their name and hand them a stack of twenties, sure. And that’s why we love Peter from east Oxfordshire.