We asked Sussex students for the worst meals they’ve cooked at Uni, and you did not disappoint

All too familiar cooking disasters

Food is an essential part of life at University but it’s fair to say that the majority of typical students lack extensive culinary skills. We are all guilty of a late night pot noodle, a lazy beans on toast or if you're feeling particularly bougie, you might splash out on an overpriced co-op microwave meal. But we found out what really happens when students push the boat out and 'experiment'? Heres some of Sussex's best dining disasters.

Before you even begin your culinary quest, there is one big obstacle you have to come. The smoke detecter. Pretty much all students can relate to that all too familiar sound of the fire alarm going off at full vol, do the disappointment of the rest of your flat or house. 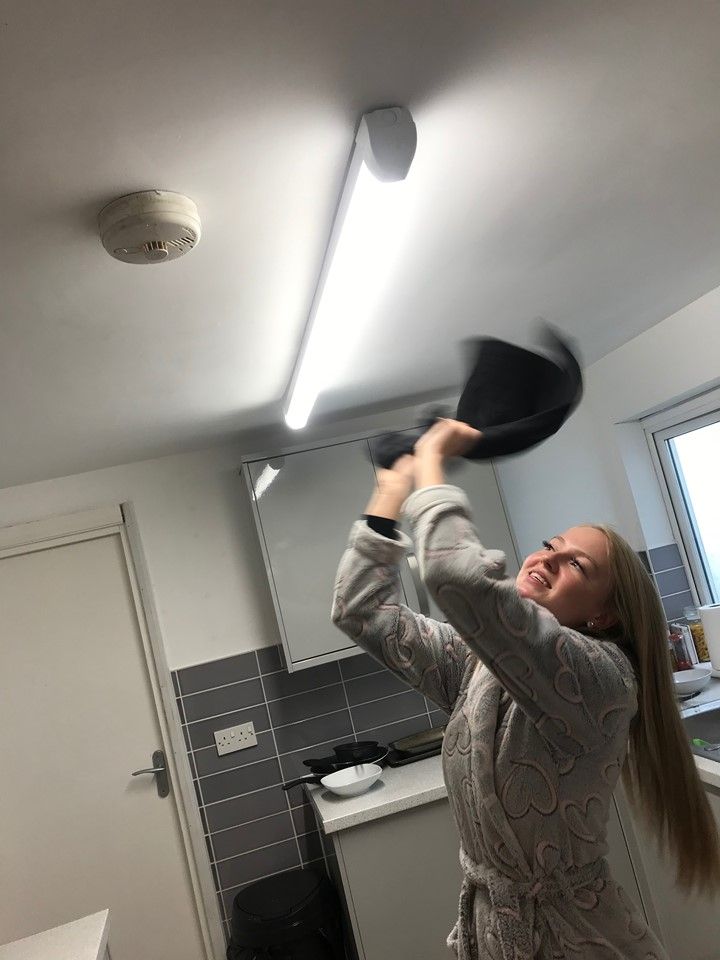 That should do the trick 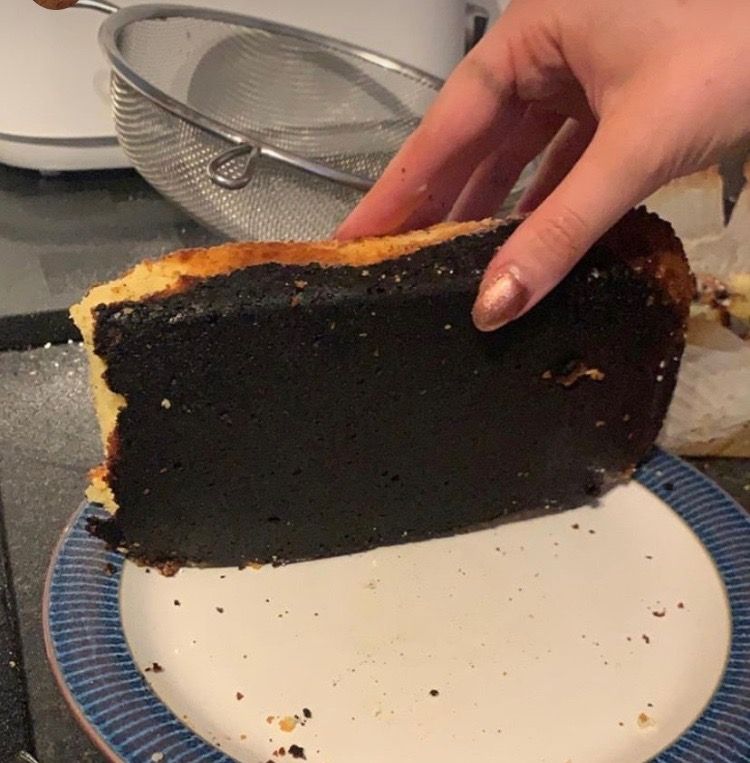 What could have been a delicious lemon drizzle turned out an unrecognisable, burnt mess. Is charcoal grilled cake now considered cool in Brighton? 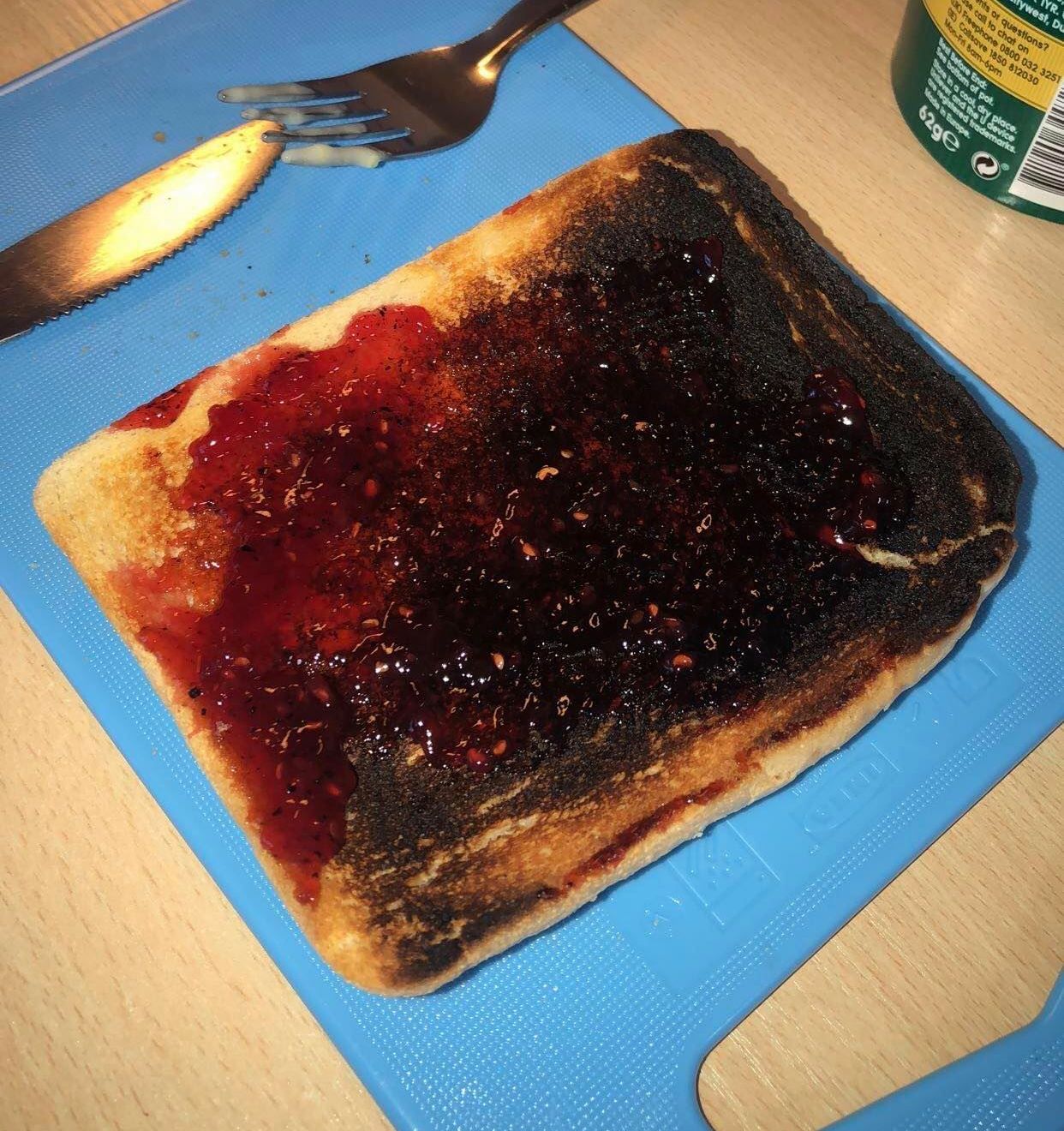 Maybe it’s easier to mess up than you think, or does this student just like their toast exceptionally crunchy? Not to worry, just like this student has, whack on some jam and you'll barely notice the difference.

But, a meal doesn’t have to be burnt in order to qualify as a fail. Sometimes it is in the very essence of the recipe- and you Sussex students have been cooking some frankly offensive combinations. 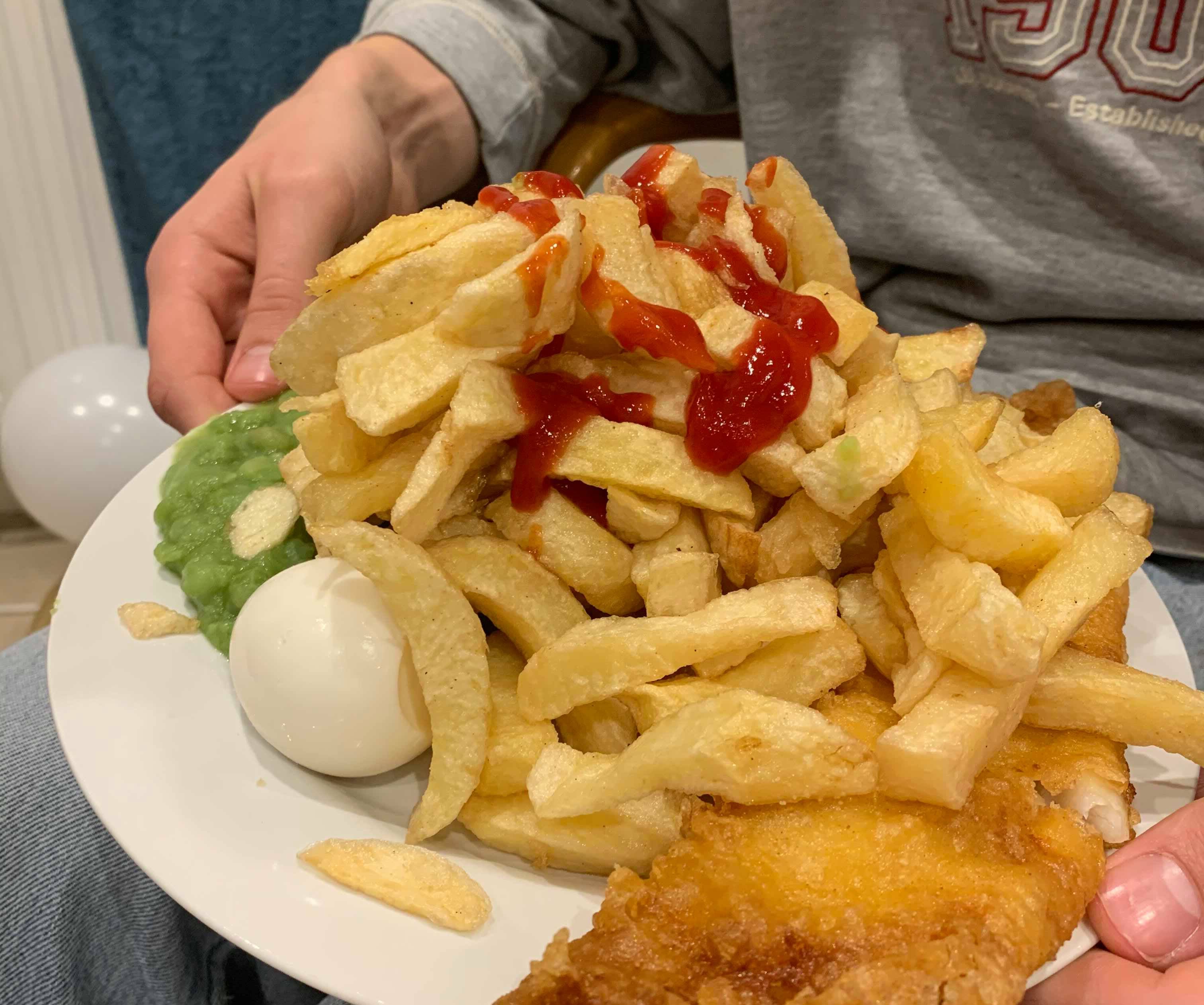 As if the mushy-peas weren't controversial enough

Slightly cheating, but here we have a student with a hearty fish & chip takeaway. But what we can't understand is the combo of food elements piled high on one small plate. The pickled egg buried in a mountain of chips (with an appalling drizzle of ketchup) might just be enough to keep the seagulls away. 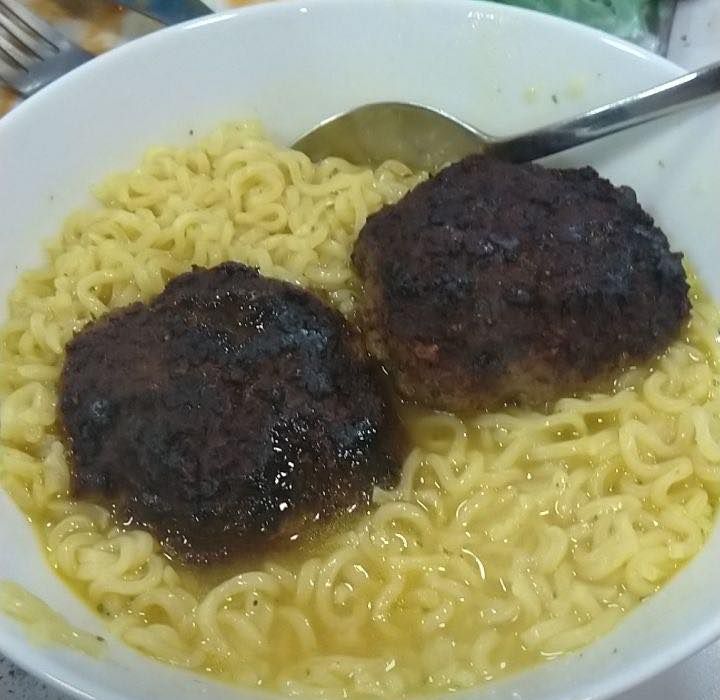 Is this emoji food art?

There's no sugar coating this one, here are two beef burgers places onto of a bed of plain instant noodles. Not the most practical of combinations either, how would you even eat this?!

FYI, adding some protein for 'bulking season' is simply not enough to justify this disaster. This is big no no. 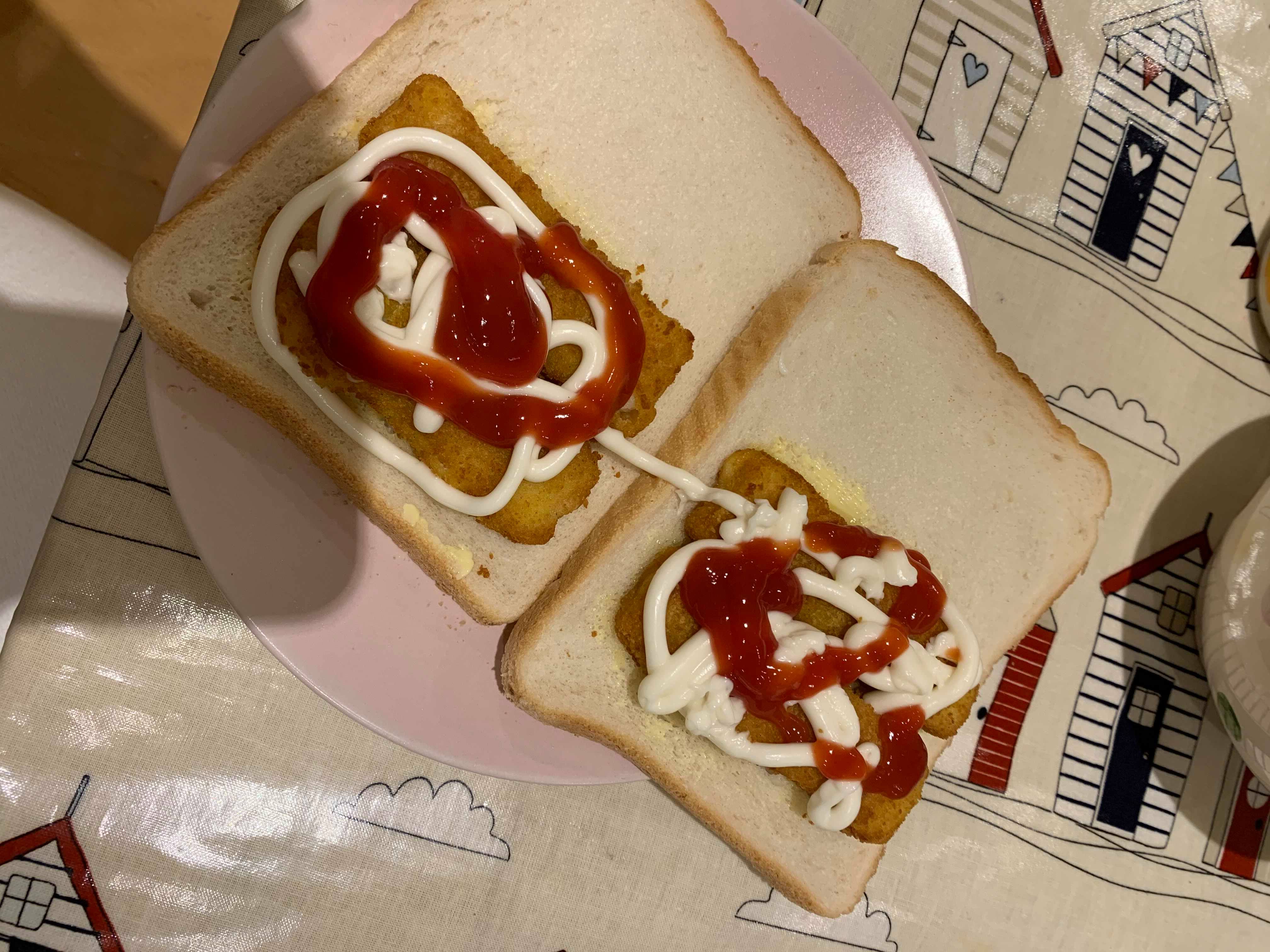 A fish finger sandwich, a British favourite. But this student take on a classic is all kinds of wrong. Firstly, they've bothered to turn the oven on to cook the fish fingers but only buttered half of the bread?

Looks a bit like something Tommy Fury would eat after a few weeks in the Love Island villa. Maybe steer clear of combining mayo and ketchup on the regular, if you don’t want to be that flatmate. 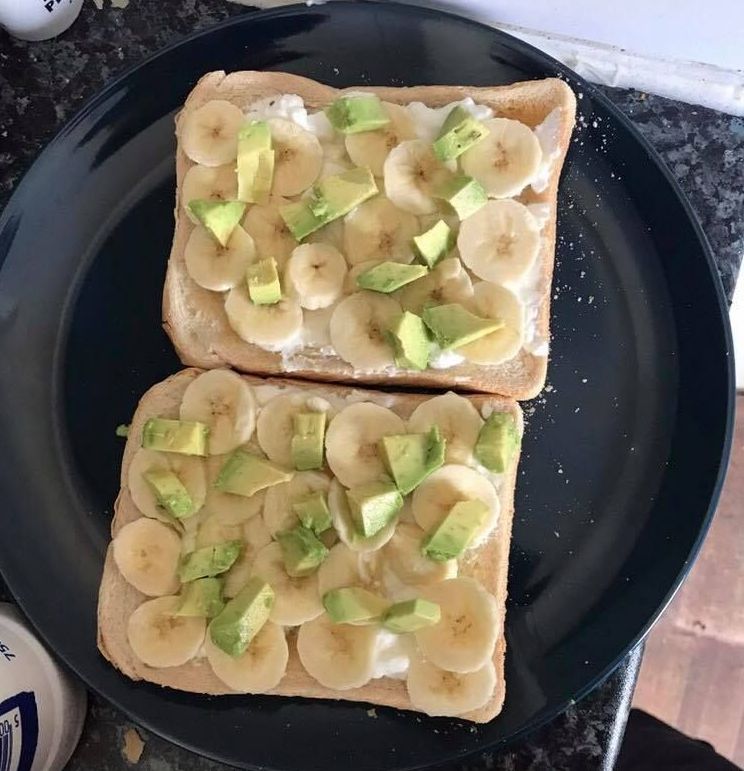 This is by far the worst of the bunch. Another disastrous bread based fiasco. You can't beat a good smashed Avo on toast, but who in their right mind would think to combine avocado, cottage cheese and banana? Thats a mixture of textures, and flavours, that no one wants to imagine. 0/10. 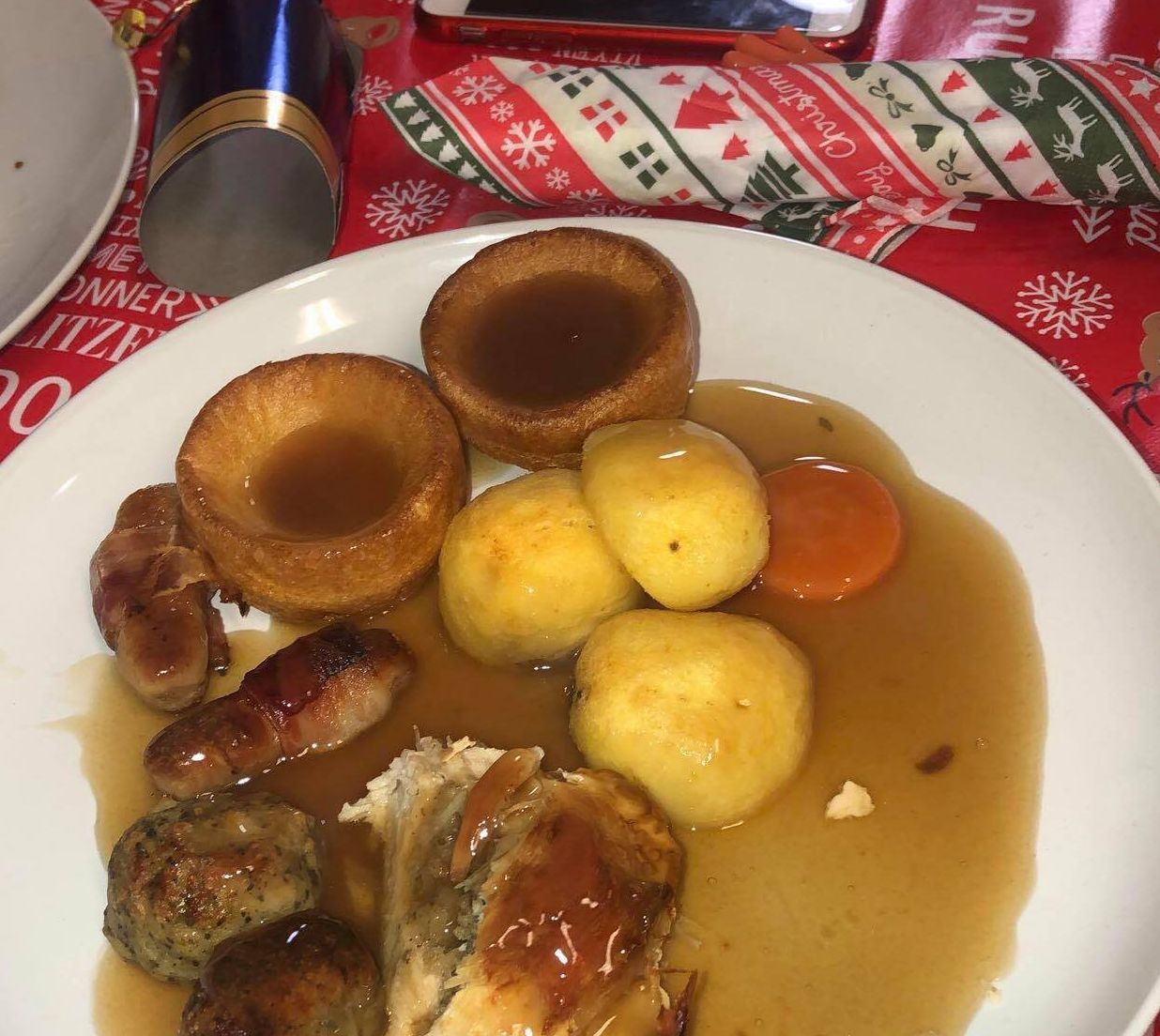 Here we have quite possibly the saddest roast dinner you will ever see. There is so much potential, the table looks nicely set with a festive table cloth, crackers and even A NAPKIN. We were informed that this student's veg was tragically dropped on the floor, and that solitary carrot slice just doesn't cut it. Maybe save yourself the hassle and pop out for a roast at your local pub next time? 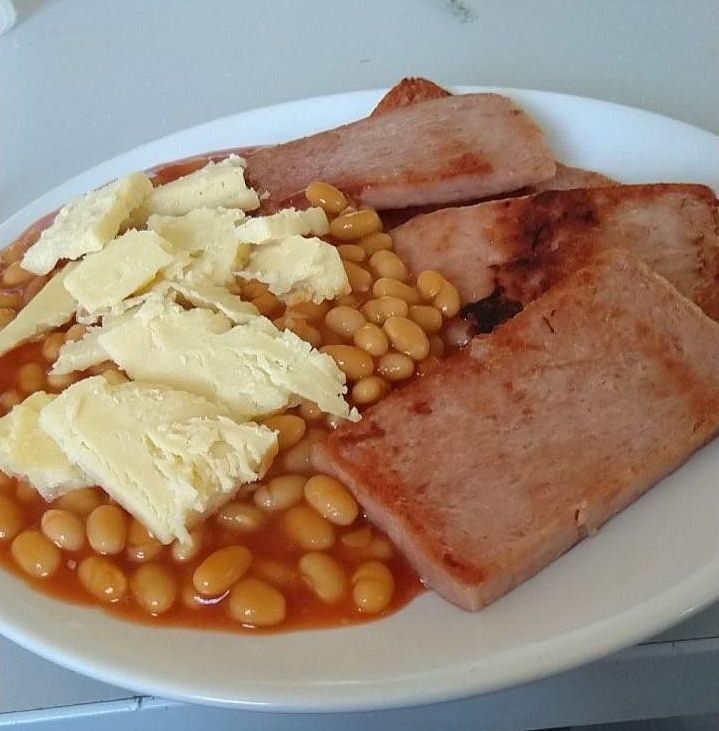 Get that off the beans

Every student is a sucker for a good ol' greasy fry up. But I'm sure when your flatmate offers to cook the house a hungover breakie that this is not quite what you imagine them to knock up. This is a lethal trio of spam, some kind of cheese and a lot of baked beans. 'Fried spam and cheese' doesn’t have the same ring as bacon and eggs. At least they're well stocked for an apocalypse. 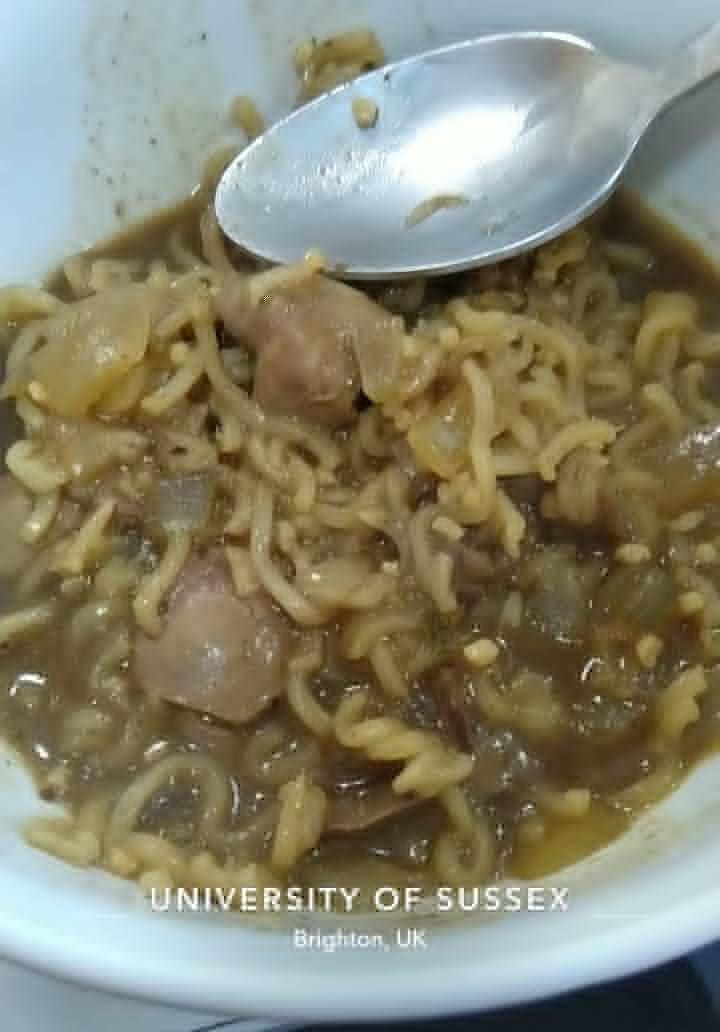 This is painful to look at. This is a ‘pigs kidney stir fry’. Apparently eating kidneys are a good source of ‘iron and vitamin b’, but is that really a good enough reason to include hog-innards in any dinner?

We refuse to dwell on this one any longer, it speaks for itself. Dis-gus-ting. 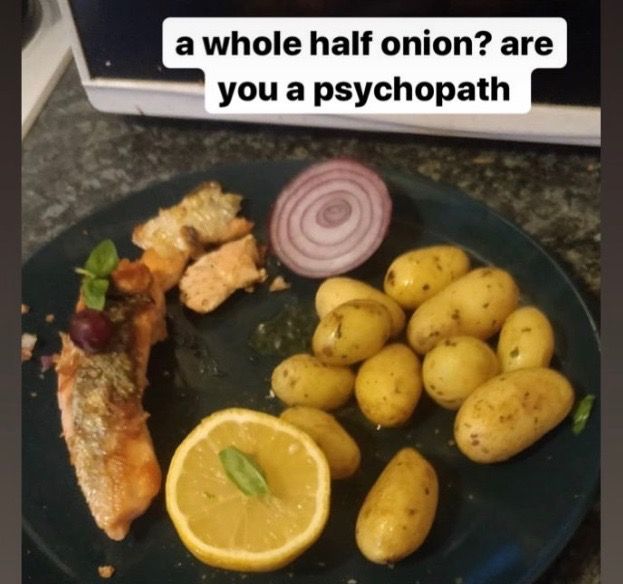 Lastly, and by no means least we have this questionable meal. So much potential but so much gone wrong. You don’t have to know too much about seafood cuisine to know that half of a raw-red onion and half a lemon isn’t going to make the meal. Notice the red grape perched on top of the salmon? This is sophistication gone wrong. At least the potatoes look half decent.

So whatever weird concoctions you manage to whip up this year, at least you can see that you’re not alone. It’s easy to find disgustingly priced jägerbombs eating their way in to your weekly food budget, but it’s all about finding a balance, and trying to maintain even just an ounce of your dignity in the kitchen.