If you haven't heard about the Naked Fashion Show that took place on campus last Sunday, then have we got nudes for you!

Fabrik, the University of Sussex's fashion magazine, became the subject of a lot of buzz around campus when they announced on Instagram that their premier runway theme would be 'Nudity'.

On Sunday 27th October, the models took to the runway, confidently sporting nude and semi-nude lewks. 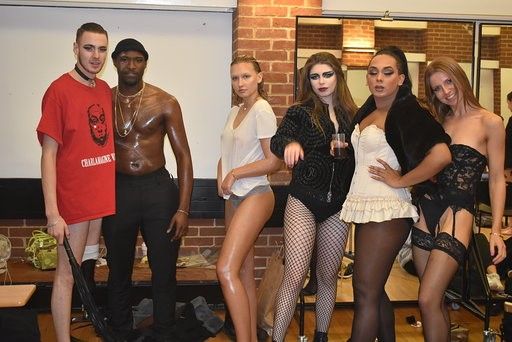 The models impressively varied in age, size, gender, race, etc. It felt like a range of body-types were being represented. They were adorned in sheer tops, BDSM-style harnesses, and insta-baddie Bella Hadid tiny sunglasses. You know, just the bare necessities. 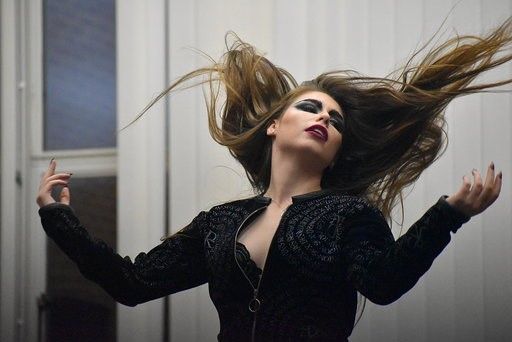 We spoke to Victoria Gill and Georgina Saskia, two of the organisers behind the runway, about how the show went and their plans for the future.

Why did you decide to make 'Nudity' the theme for your debut fashion show?

Victoria: "To reclaim power. When we traditionally talk about male gaze we often paint women as powerless to their objectification- we wanted to reclaim and challenge this. We also wanted to showcase issues that are not represented in the white feminist narrative by showcasing a range of beautiful bodies: trans, role reversal, sex work, body positivity, scarring etc".

Georgina: "As it was not only our first runway, but our launch party, we wanted to be controversial so people remember us. On top of that – it fits in beautifully with our motto of reclaim, redefine and empower"

How do you think the show went?

Victoria: "We are so grateful to our team- 2 weeks to put on a runway show is mad!"

Georgina: "It honestly could not have gone smoother. We did ONE dress rehearsal so we were so stressed and I cannot believe it went so perfectly. What I was so proud of was the confidence of the models, they had been so shy in the dress rehearsals and then this happened and they all pulled through and absolutely owned that stage!" 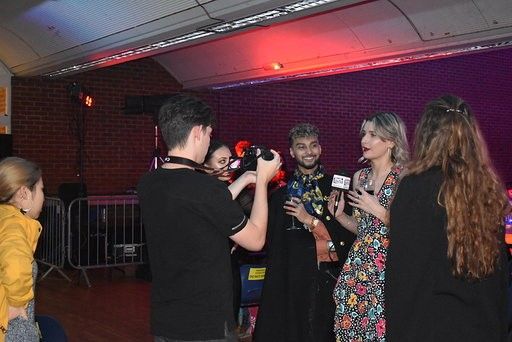 Victoria, Yazz, and Georgia – the organisers of the show

Both Victoria and Georgina were being very secretive when we asked them if they had any other shows in the works, so all we can say is watch this space.