A very different way to use a double-decker

Jim Deans turned an old, out-of-service double-decker school bus into a refuge shelter for rough sleepers. We met up with Jim to have a chat about his bus, homelessness and how you can help.

It is widely known that homelessness is a huge issue in Brighton & Hove. Many in the local community have provided full-time support to the homeless, including a free food kitchen on Sunday's at the Clock Tower. Jim Deans, however, decided that the issue was not being alleviated by agencies or councils, and decided to do something about it. 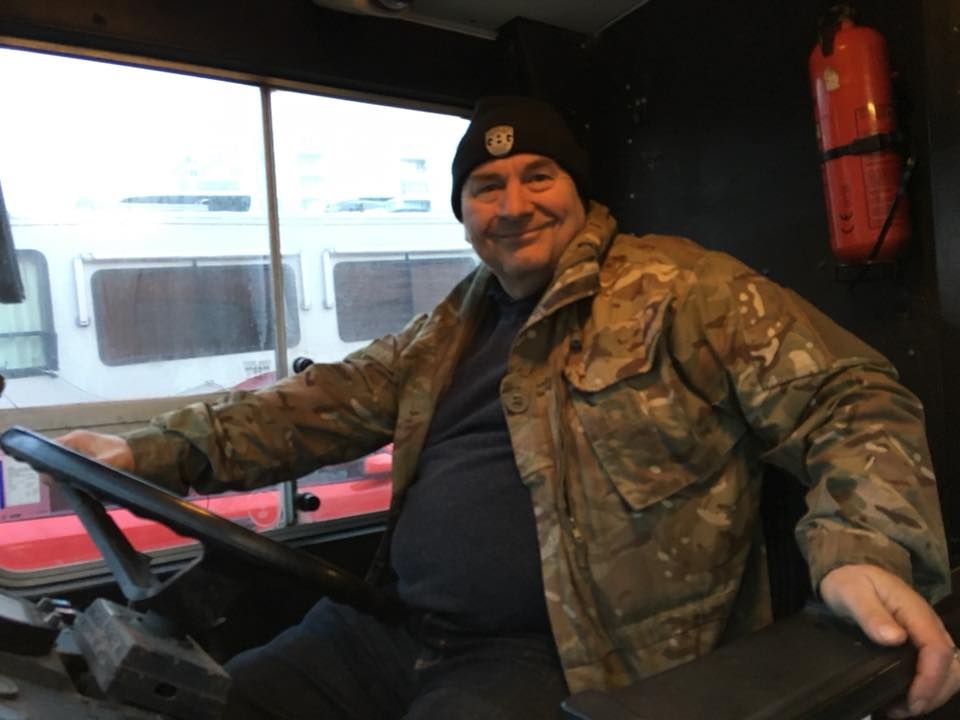 A friend of Jim’s saw an old double-decker bus for sale on eBay and brought up the idea of transforming it into a shelter as someone else had in Portsmouth.

Jim admitted it did not seem like an obvious choice; “I thought he was kidding, I hadn’t even seen a picture. It sounded like a Jack in the Beanstalk story, where you swap your money in for a handful of beans." However, Jim's friend purchased the bus for just £1200 and the transformation began. Just six weeks later, the bus was ready to open its doors. 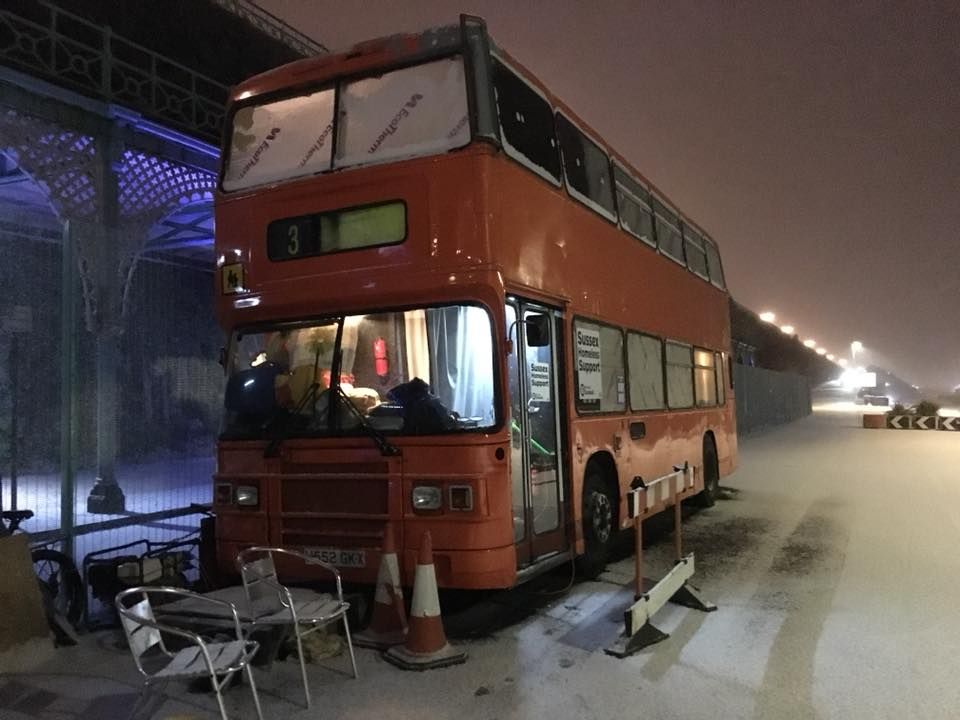 Despite the cost of the bus, no M.O.T., no use for six months, and the need for major renovations, Jim managed to crowdfund £5000 for refurbishment costs, kitting it out with ten beds, ten lockers, and a seating area with a TV. He tells us more: "[there is] a drying area so you can sit and take your boots off and there’s a changing room, just like you’d get in a shop.

"Every bed has it’s own curtain they can pull across and they’ve all got continental quilts and thin sheets.” There are even clean socks and slippers for all those coming in from the cold.

Interviewing him in his office, we could barely get through the overcrowded space full with supplies for the homeless, including food, toiletries, clothes, animal care and much more to help those through daily life. 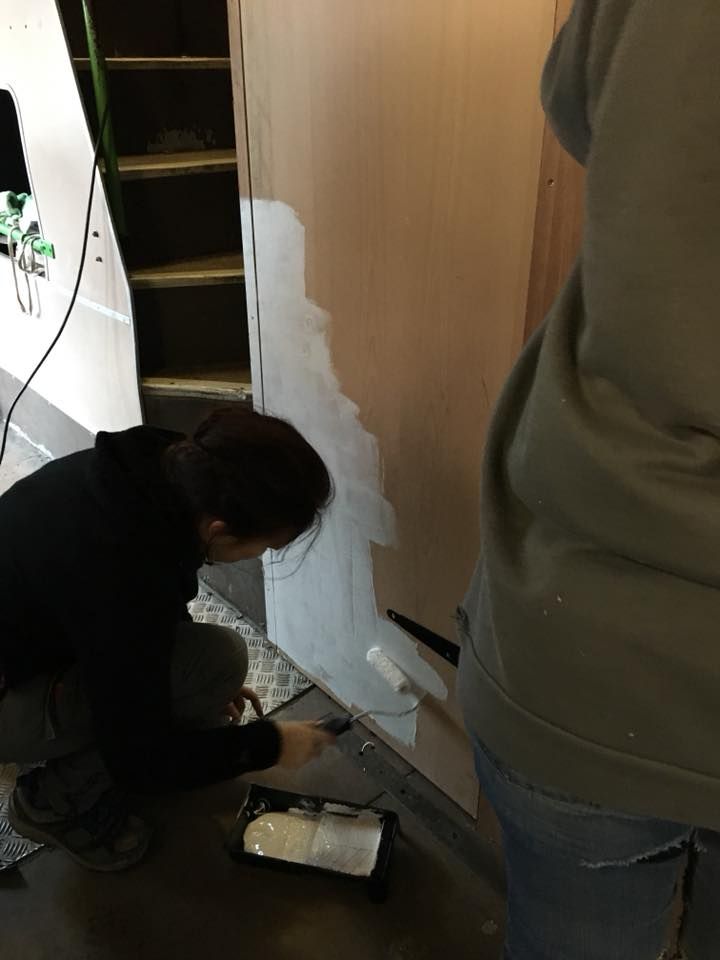 The bus provides a safe space for homeless people: "When they get on the bus, the door gets shut behind them and they’ve got us. They sleep like you would not believe, because they know their stuff isn’t going to get stolen, they're not going to get set on fire or urinated on. All those things have happened in Brighton.”

As part of the close relationships Jim has to many of the people in need of help, he has a clear understanding why so many people are stuck in the rut of homelessness in our world today. He comments, “It was easy back [when I was homeless] to go from being homeless to working. Nowadays, it’s impossible. Employers are terrified to employ you, because they’ve got all these safety checks in place.”

Jim spoke in length about the stereotypes of homeless people in terms of alcoholism and what agencies really need to fix: “Most of these guys don’t drink as much as they’re portrayed to drink. They have about three or four cans of beer, but because it’s on a park bench they get called 'alkies', the only thing that’s actually missing is a 42-inch-plasma screen and a leather couch.” 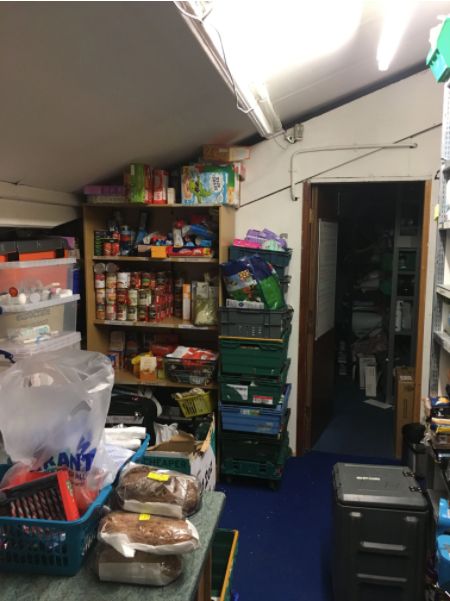 Jim categorises his achievement by claiming that, if this set up was “a business, it would be a huge success. We’re expanding faster than we can keep up.” However, there is still a long way to go, with 700-800 rough sleepers in Brighton alone the problem is still as large as ever.

If you would like to get in touch, show support or volunteer with the bus shelter, you can find updates and information on the Sussex Homeless Support CIO/ Sussex Economic Support Facebook group.