Brighton DJ Norman Cook, better known as Fatboy Slim, surprised toddlers and their parents with a secret performance as part of the Brighton Fringe Festival.

The DJ played a two-hour set at the popular kids and parents party “Baby Loves Disco” as part of the ongoing festival. Cook, who is a proud Brightonian with a 12 per cent share in the football club, is married to Zoe Ball and attended the disco with their six-year-old daughter Nelly May Lois. 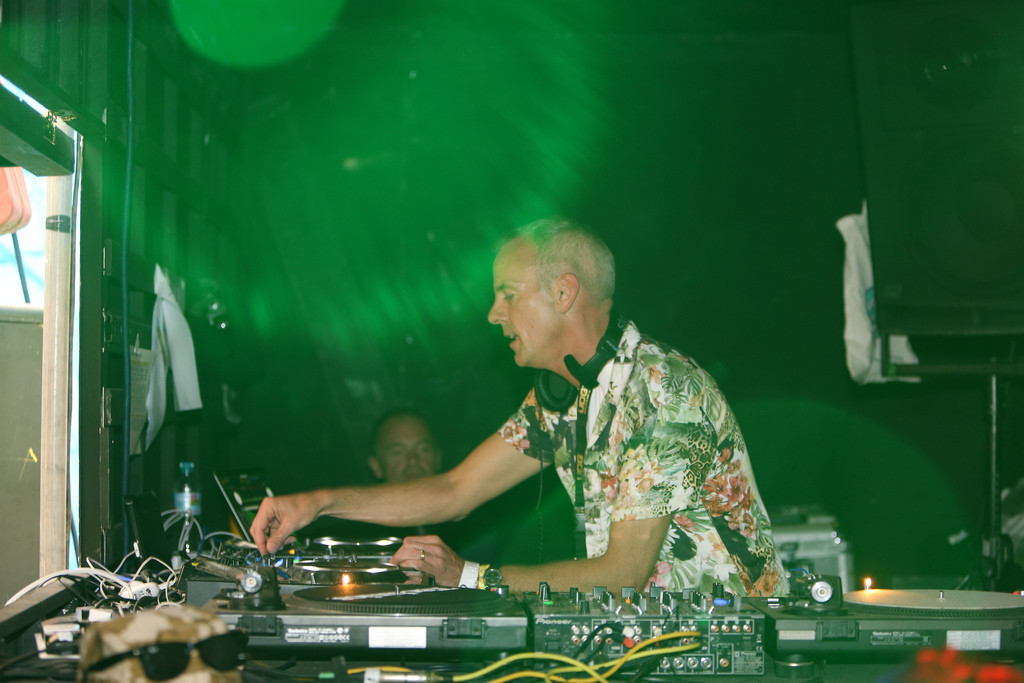 DJ Fatboy Slim appeared at the event on Sunday

The event was kept from the public because of crowd control concerns until right before doors opened when lucky passers-by were able to Eat, Sleep, Rave, Repeat with the notorious Cook whose other hits include Right Here Right Now and Praise You.

Cook, who was there repaying a 20-year-old favour from organiser Lesley Woodall said: “This the first time I’ve done a gig for babies and their parents. It was great fun for both me and my daughter though, and the crowd were so up for it.”

The Brighton Festival is an annual celebration of music, theatre, dance, circus, art, film, literature, debate, outdoor and family events in and around the city. Tickets for events can be found here.