Private: The Tab meets the students behind CombiniCo

We met St. Andrews graduates Juno and Alex to talk to them about CombiniCo, CombiniCafe, and the need for better tea in St. Andrews.

Juno Lee and Alex Longson, the brains behind the St. Andrews food phenomenon CombiniCo, met as academic father and son in their first and third years respectively. Juno's not a drinker, and Alex wasn't planning on adopting, so their day was spent drinking tea and getting to know one another. It'd be a stretch to suggest that the idea for CombiniCo was born that day, but it was the start of something. Now, several years later, the two have earned almost local-celebrity status within St. Andrews, and are head of one of the town's most popular new food establishments; CombiniCo.

Both are graduates of the University of St. Andrews, Alex graduating in 2017 with a degree in Geography, and Juno in the Winter of 2018 with a General Degree. Despite being students until not very long ago, they are no strangers to running a company. Alex, prior to heading up CombiniCo, once ran Lightbox Photography and previously ran a pop-up sushi restaurant. Juno is also well versed in the world of business; his main interest lies in music, and has released an album as well as working with several entertainment and music companies in Japan.

It's not uncommon for students to be entrepeneurial, particularly in St. Andrews, where it seems that students regularly want to go above and beyond to fund nights at the Union and endless trips to Pret, however very few enterprising students achieve the level of success that Juno and Alex have.

Their business is now more in demand than ever, and as a result is expanding, both physically and in terms of sponsorships and collaborations. In February, they collaborated with FS, in an attempt to draw attention to Korean designers and have had several collaborations with JazzWorks, this stemming from Juno's passion for music. In the very near future, they will be part of CrowdCube, which is an initiative that allows anybody to become a shareholder in CombiniCo. 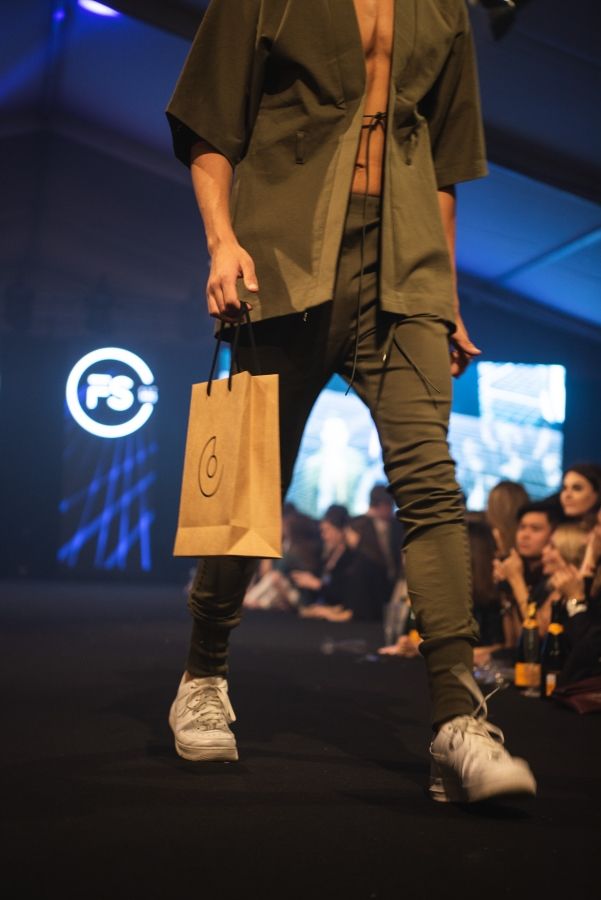 Most recently, they announced the expansion of their physical stores; they will be opening CombiniCafe on Market Street very soon.

So, how exactly did CombiniCo go from nothing to a mainstay of the St. Andrews food scene. Not only this, but it just over a year, Alex and Juno have made sure that CombiniCo, it's vision and aesthetic, has been heavily cemented in the St. Andrews way of life.

To mark the announcement of their new store on Market Street, The Tab sat down with both Juno and Alex to discuss their business, and their hopes for it's future.

"If you focus on the right things, people are always going to come through the doors" – Alex Longson

CombiniCo didn't spring up overnight, as they both make very clear, and it took them about two years to properly conceptualise what they wanted. After a discussion over lunch one day, however, the concrete vision for CombiniCo was created, and they kickstarted the project from there. "We never had a genuinely solid idea, but there was an underlying understanding between the both of us that we wanted to create something beautiful and aesthetic", Juno says, "as two people who were interested in entrepreneurship, music and design, as well as us both having a passion for food and representing Korean culture, all we had to do was connect the dots".

Despite the idea not being born overnight, the store's success was almost instantaneous. Did they know CombiniCo was going to take off in the way that it did, and particuarly so quickly?

"We knew it was going to be successful" Alex jumps in, "if you focus on the right things, then people are always going to come through the doors". He's right of course, the Instagram worthy aesthetics, lovingly prepared food and attention to detail, are all indeed a recipe for success. The business' rise in notoriety within St. Andrews was a surprise, however:

"We definitely didn't think that it would be as successful to the extent it was on day one" Alex qualifies, "very quickly, our biggest problem became how we were supposed to feed and serve all the people coming through the doors. We were both in the shop the whole time, so we felt the pace of people coming and going, and at the time it was a bit overwhelming. Looking back now though, there are definitely worse problems to have!"

Juno cracks a laugh, "Yeah, we've had to step up our staff quite a bit since then, and we always have four people in the kitchen at all times".

CombiniCo continues to grow, and not long ago they announced they'd be opening 'CombiniCafe' on Market Street.

The main influence for CombiniCafe is the concept of the Japanese convenience store, which as Alex and Juno explain to me, is something that can be found on every street corner in Tokyo and other Japanese cities, and they sell everything you'd ever need throughout the day from breakfast, to coffee, to clothes, to stationary; they've got everything. The boys are drawing from their heritage, as well as an understanding that St. Andrews is in dire need of a multi-purpose space, and they wanted to repackage this idea of a Japanese convenience store which suited the population of the town.

Focussing largely on teas, they'll be bringing a variety of Japanese and Korean teas to St. Andrews, as well as serving Korean tea-infused pastries. The cafe itself is very much inline with CombiniCo's brand and vision, and will repackage everything they do in a beautiful and minimalist way. 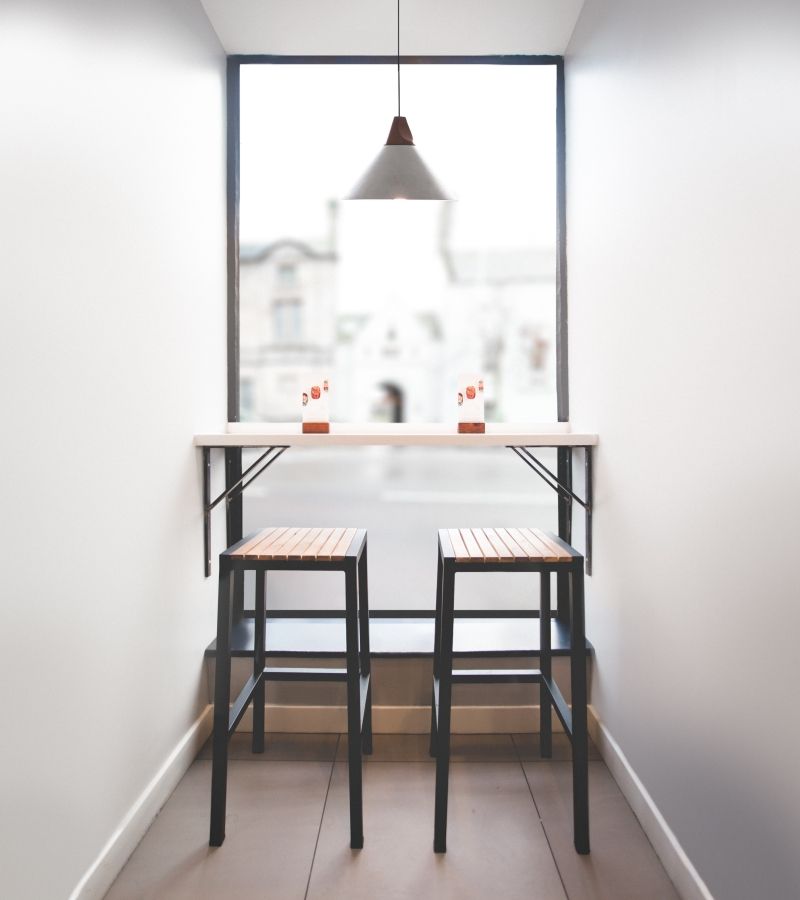 What is most interesting, is how they seem to have created something that as a concept seems so out of place in St. Andrews, yet at the same time is so successful. Creating a Japanese convenience store in Scotland seems, at face value, like an entirely mad idea, yet the CombiniCo business model continues to succeed. Granted, the overseas population is large, as is the student population in general, and people are always wanting somewhere new to try for lunch, but why not wait until they'd both graduated and start up somewhere else that's bigger than our little bubble?

"It's easier, in theory, to start a business somewhere small and then apply what you've learnt and the business model to the rest of the world" Alex replies.

And apply it to the world they will. Both Alex and Juno speak quite broadly about their plans for the future of CombiniCo, but are fairly coy when I ask them directly where they see the company in the future:

"Ideally, we want to serve like-minded people – largely students and young professionals. We want to share our vision and our values of creating something, and overall elevate the experience of conveneince food in general" Juno, demonstrating there just how well versed he is in CombiniCo PR. I mention the rumours that had been whirring about town a while ago that they were going to be opening a store in Edinburgh, and Alex, who lives in the city, jumps straight in; "I mean, we want to cater to young professionals and students in the West, which makes Edinburgh that natural place to start from. There's not a concrete plan yet though!".

"It's easier to start a business somewhere small, and then apply that to the rest of the world"

This whole experience can't have been stress free for Alex, Juno and the rest of their team. Both hesitate when I ask what they've enjoyed most about the experience. Juno interjects with: "The whole business is an extension of our personalities, and they're an integral part of the brand itself, so really the most enjoyable part is seeing people come in and love the food and the brand itself". Alex is very much of the same opinion: "there's a sense of satisfaction you get as a designer when you're happy with something, it's made even better when you see people around town carrying the bags and the bowls. It's often the little things that are the most satisfying. I saw someone on a train to Leuchars from Edinburgh with a CombiniCo bag the other day. That was a nice feeling". 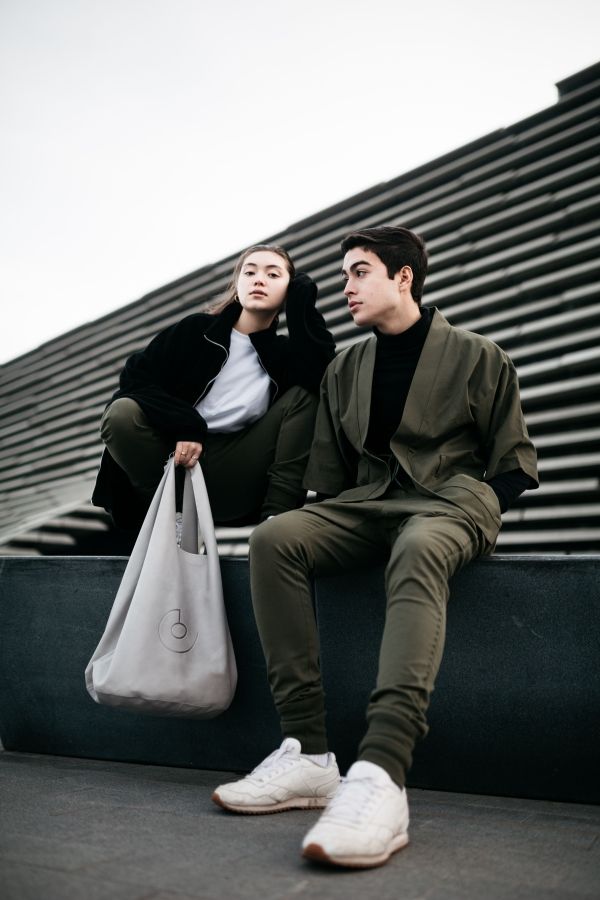 It's clear that Alex and Juno have a real passion for the business they've created; the integrity that's behind CombiniCo stems from their love of minimalist design, their shared Korean heritage and a genuine sense of excitement about the food, products and aestehtic they create and cultivate.