Polo endures for yet another year

Polo wows the crowds once more, raising thousands for Help for Heroes

As I wandered around the grounds of the St. Andrews Charity Polo Tournament on Saturday afternoon, clutching my Blackhorn burger desperately trying to sober myself up having consumed the best part of a bottle of Champagne before 4pm, I turned to my group of friends and realised that out of the group of us standing there, only two of us had ever sat on a horse, and only one of vaguely understood the game of Polo, so why on earth then had everyone shelled out so much money for a ticket.

Firstly, I want to insert a small disclaimer here. I can appreciate I am somewhat more ignorant to the game of polo and horses in general than many students in St. Andrews, but the point I'm making here is that surely not every attendee, of the 1,500, can have a firm grasp of the game they had paid to watch.

So why then, do year on year, throngs of slightly tipsy twenty somethings flock to the grounds of a stately home in Perthshire, solely for this purpose. The answer is, I don't know, I'm not even sure the committee know but they year on year seem to have worked out a formula of just the right mix of pretension, innocent fun and charity to make it work, and in a wonderful way at that. 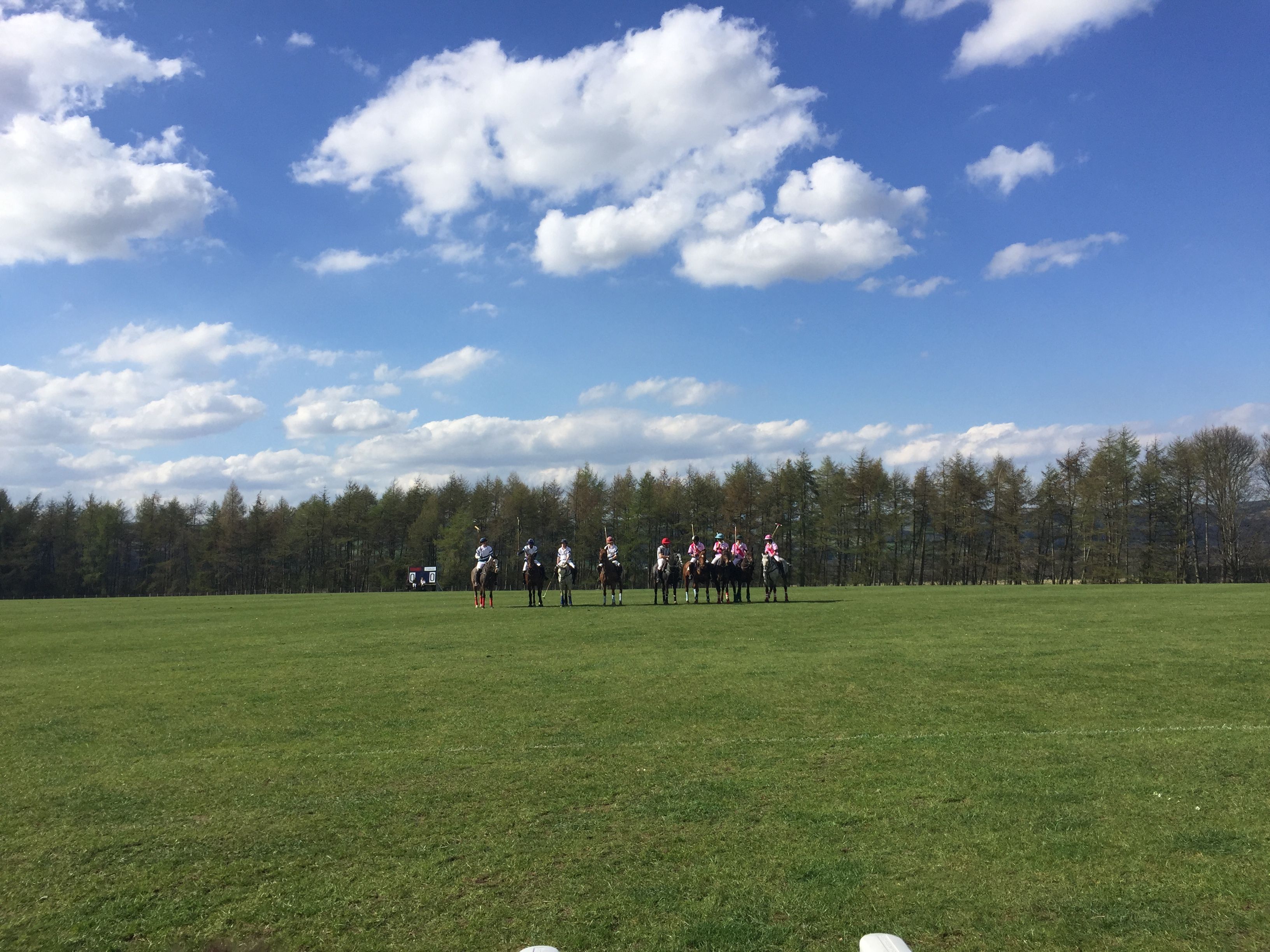 The committee had really excelled themselves in terms of sponsorship this year, with the VVIP garden being sponsored by Whispering Angel Rose and other sponsors including the clothing company Crombie, who were offering up auction and raffle prizes.

Further to this, the emphasis on the charitable element of the event had been made more prominent than previous years, and more so than at any other event I've attended this year, it seemed to be felt by all attending that it was blatantly clear where the money they'd paid was going, with committee members running around rattling collection buckets at drunk guests and the Help for Heroes mascot roaming the grounds taking photos with the crowds.

As a ballpark figure, the event has been said to have raised over £9,000, so it's clear the event had served it's purpose. 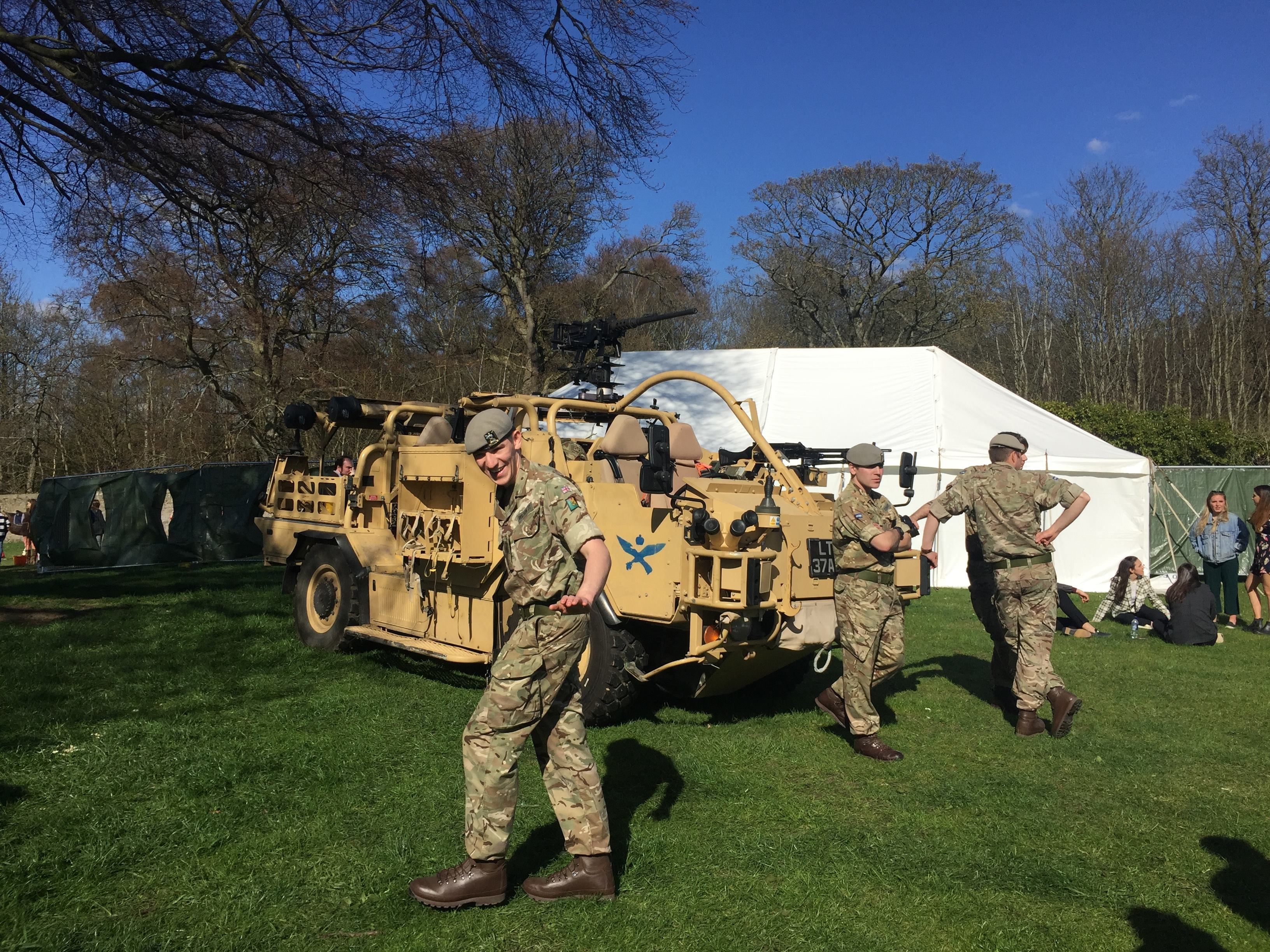 It is impressive to create an event on such a scale, particularly one designed for students, and the notoriously hard to please St. Andrews students at that, that has three almost totally different purposes (a polo tournament, raising money and providing a day of drinking for students) that doesn't lose spirit, momentum or organisational vigour, and as much as the committee evidently did their absolute best to have everything running smoothly, it cannot be credited with perfect organisation.

As I'm sure many attendees will agree the transportation to and from Errol Park was lacking in organisation and control, particularly towards the end of the event causing mass confusion and annoyance among guests, as towards to end of the day they queued up to an hour to just get on a bus to get to the coaches to get back to St. Andrews, many guests spending as much time queuing and on a bus as they did at the event itself.

The organisation of guests was always going to be a mammoth task but the chaos which ensued come 5pm is perhaps a lesson for next year that something other than a post on Facebook needs to be made to notify guests that the event is over, and that maybe shuttle busses from the road to the park itself were an unnecessary expense.

That said, I hope the event continues in all it's glory for many years to come, building on it's success this year and providing the best day out St. Andrews has to offer for generations of St. Andrews students, as well as raising money for Help for Heroes which as the years go on is coming to the fore as the main purpose of the event as a whole.