As the biggest event in Freshers Week, Starfields lived up to its name in music, but the night brought to light major issues that St Andrews events need to fix.

Almost all large-scale events in St Andrews are double-edged swords. While they provide an amazing night out with friends, there are unavoidable problems that arise from large crowds. Giving flowery reviews may promote better relationships with committees, but ignoring major problems that occur at events just perpetuates the same problems year after year.

In regard to Starfields 2015, I wasn’t sure what to expect going in. As a third year student and first-time SF attendee, I’ll be honest, the idea of flowery headbands, glittery face paint, and standing outside in the grass is not at all appealing. But in the spirit of being social and trying new things, I agreed to attend the festival event. 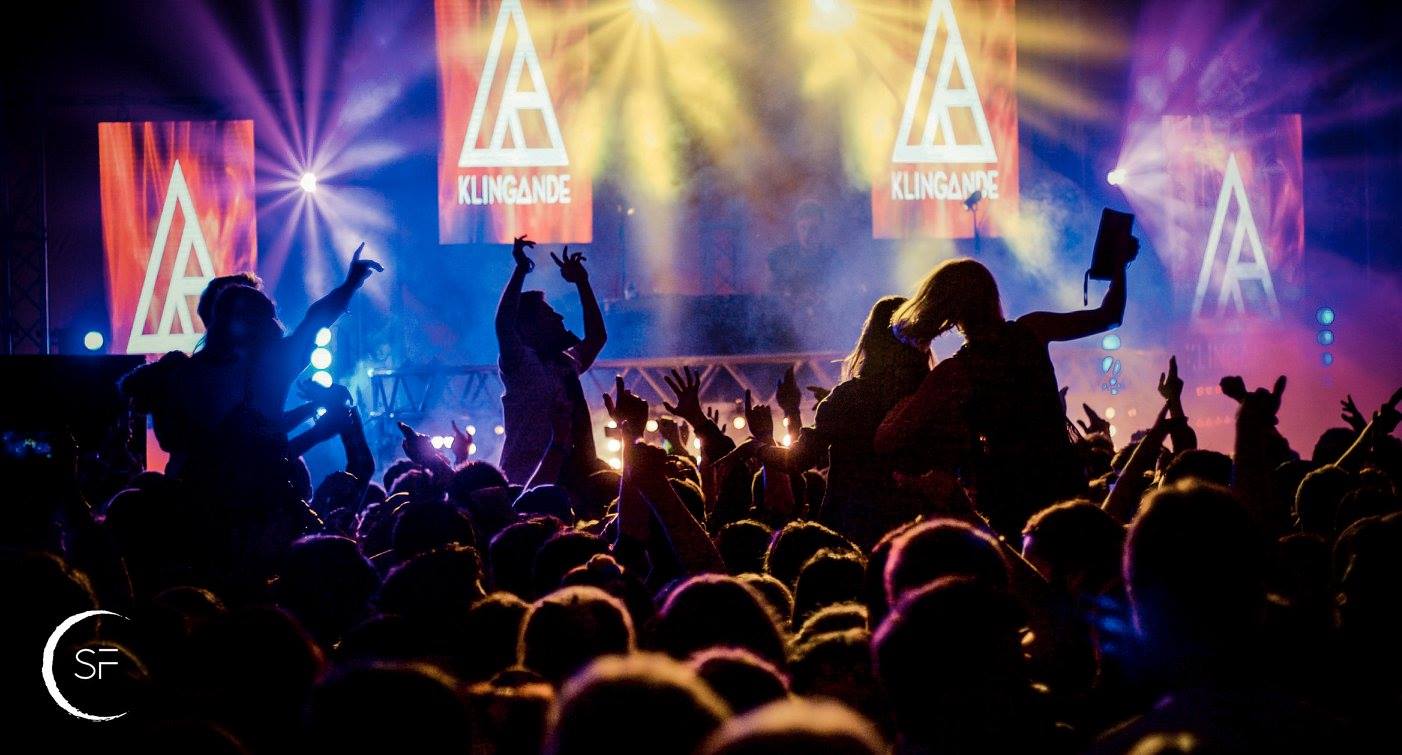 What do you wear to a festival when you abhor all things flowery? A week of deliberation over this seriously first-world dilemma landed me at a rather risque outfit choice comprised of black lace and mesh. Clearly I’m not one to abide by societal restrictions for appropriate outerwear. The night continued from getting ready to pres. All across town, music could be heard booming from different flats as champagne and spirits flowed from early afternoon onwards. SF started at 6pm and went until midnight. It’s a well-known fact that no event really kicks off when the doors open, so going at 6 wasn’t likely. It’s also important to factor in that 6 hours of dancing and drinking, plus whatever time was spent at pres, would be exhausting.

Upon arrival at half 7, there was a small but fast-moving queue leading to Lower College Lawn. Luckily, we got into the event quickly and without incident, and made a beeline for the photographer. As with most large events, it’s very important to get a picture with your friends so you can say: “Look at my new cover photo and see me and my friends at yet another event!”. Following pictures, a large span of covered tent could be seen across the lawn, housing a fairly empty bar. But don’t worry, the empty queue was soon a thing of the past. Good luck getting served if you don’t like the queue and don’t know any of the bar staff.

Starfields is well known as the biggest event of freshers week. And with good reason: it was massive, and the crowds kept pouring in as the night continued. The tables and cushions spread across the venue provided a great resting place, but with over 2,000 students set to attend, most people could be found stumbling around the lawn or crowding at the main stage. As guests arrived closer to the final entry at 9pm, the main tent was filling and the bar was serving as quickly as possible. I will say this, as someone who doesn’t like being shoved about in a crowd, I was pretty hesitant to get close to the stage for the amazing lineup SF had planned, from Alex Adair to Lexer to Klingande. This continued through the night, as crowds cheered and people could be seen dancing on shoulders above the mass of people. The highpoint of the night was definitely when Klingande took to the stage and gave an insane set that had the crowd screaming for more. 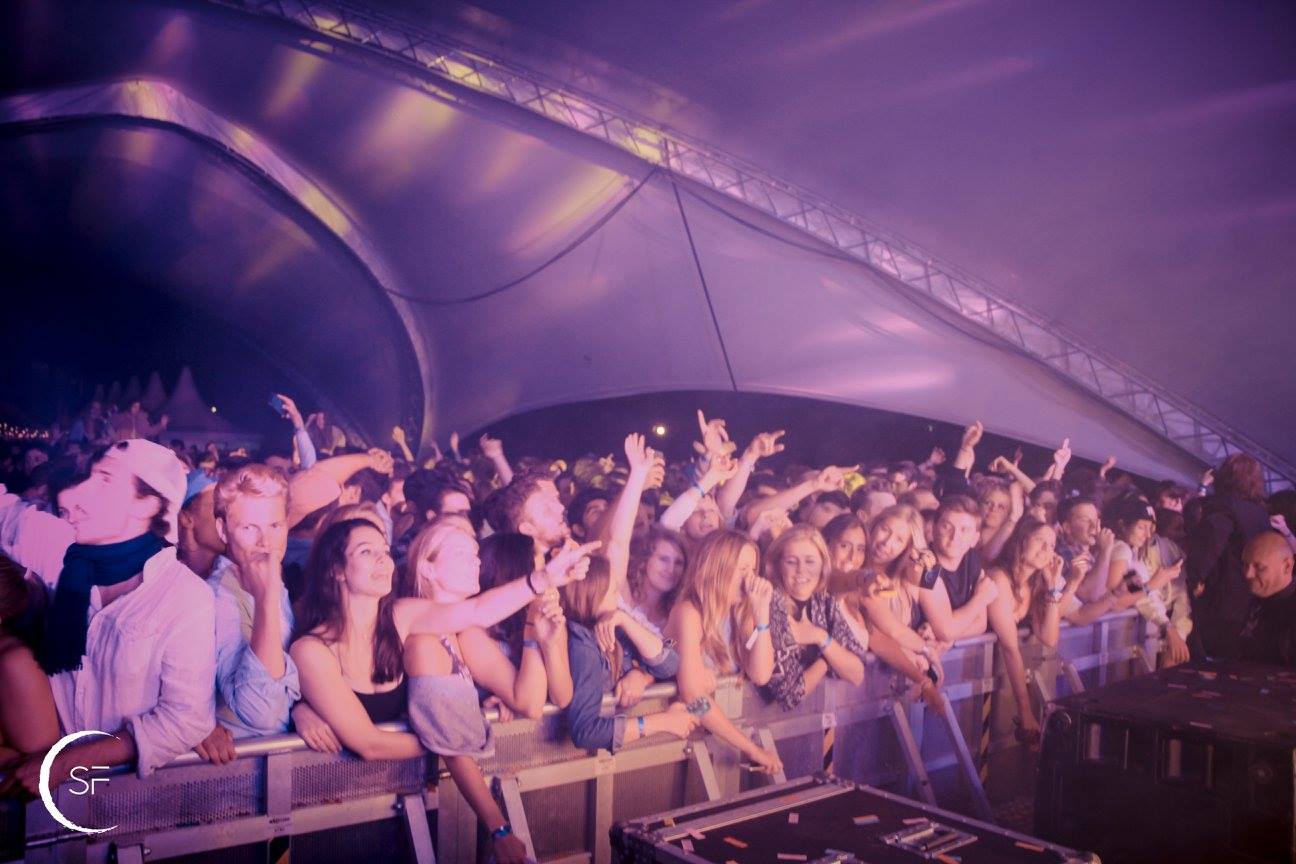 Great music aside, I’ll be blunt: the queue to get into the event was horrendous. While the committee and the security team were working to keep things orderly, the yelling and shoving of a mass of drunk people on Butts Wynd made for a terrible impression for most guests. The screaming matches between guests and security were a sight to behold, and the violence witnessed in the middle of the crowded entrance reminded me why I really don’t care for huge events and drunk people.

As last entry was at 9, most people starting arriving at that point. This meant major congestion, and over a 30 minute wait to get into the event itself. For some people, the queue was bad enough to cause panic and early exits from the event. While this has been a major issue at various events in St Andrews in the past, from queues outside the Vic on a Friday to the constant funnel of people trying to enter any ball or fashion show, queues are out of hand. Queues for the loo, for food, for alcohol, or for a spot near the stage, left guests annoyed and angry, and the alcohol did nothing but fuel the rage. When you’re spending £39 for a ticket, you expect at the very least to get into the event in a timely manner, and without getting assaulted by drunken strangers for that matter.

Events like Starfields are put on by very professional committees who spend months planning and working to raise money for phenomenal causes. Supporting SANE Mental Health Charity is such a worthwhile cause, and I have no problem giving money to aid a cause that local and so close to the hearts of many students in St Andrews. The St Andrews Charity Fashion Show team is so well-known for their work and the phenomenal events they put on, but I sincerely hope that all events this year take this as a hint. Find a way to improve the keystones of major events (namely queues, loos, and drinks) or risk losing the great reputation that comes with doing such charitable work. If the queue to the event is enough to cause a panic attack, it’s really time to re-evaluate.

Hindsight is 20-20, and I hope committees of events throughout the year will consider this issue and find a way to prevent the injuries and danger that stem from overcrowding outside and inside events.