Breaking: SU confirms Emily Dawes is back at work

Her email is still automatically responding with ‘out of office’

One hour ago, The Soton Tab contacted the University of Southampton's Students' Union who confirmed that Emily Dawes has resumed her position as President of the SU.

The Soton Tab also approached The University for comment to which they recently replied:

"We're working closely with the Students' Union but the next steps will be up to the Union and its Membership as they must now follow their own democratic process regarding the matter going forward."

"The President is elected by the students and employed by the Union so their process will take priority. As always they can be attributed to a University spokesperson."

Dawes has been on leave for the past two weeks from her paid role as SU President after the public outcry over her controversial tweet to "paint over" The Rothenstein Mural. She is currently under investigation.

Four days ago, a leaked email obtained by The Soton Tab from the SUSU Democracy Team, also revealed that there would be an official petition launched by students to see her removed from the SU all together in the coming week.

Although Emily Dawes is back in office, she is still unreachable via email which returns an automatic response message saying she is out of office and that anything urgent should go through the Executive Office Coordinator.

She is also not responding on any social media sites and her Twitter account remains to be private. 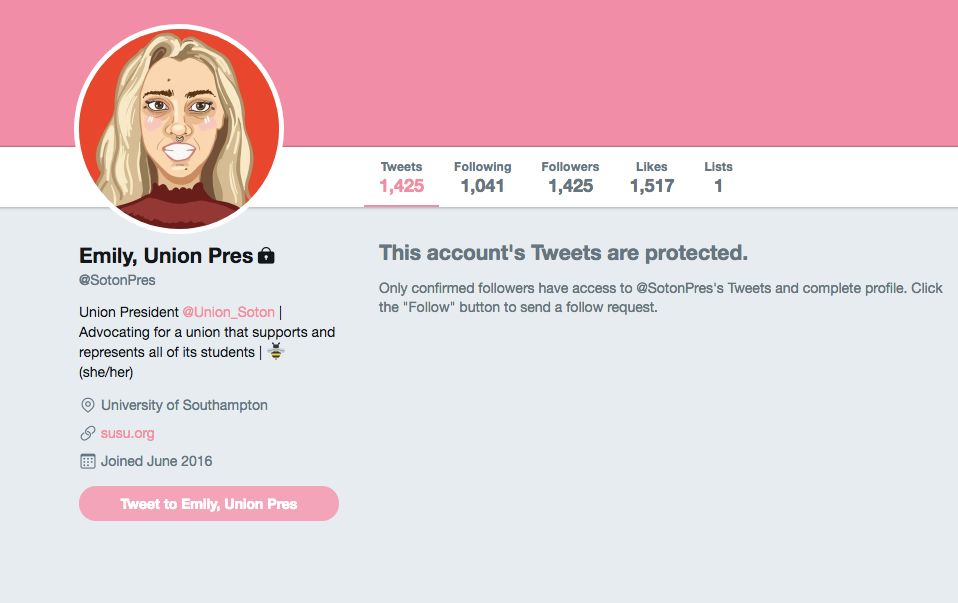 The Soton Tab will continue to update you with the story as it develops.

If you have anymore information please email [email protected] or message our Facebook page (The Soton Tab).