‘Could I get some wall with that mould, please?’

Ok so it's Freshers' week and second year seems ages away. You still haven't met all your flatmates. You've barely even finished unpacking in your new halls. You're definitely not thinking about housing for next year yet.

Enjoy this brief respite before the swirling storm of student housing hits you like a ton of bricks (no pun intended). Soon you will be trudging through houses damper than a weekend at Glastonbury. Here are some of the thoughts you will inevitably have during your living (situation) hell.

This is so early

It seems before your first pint of milk has even had time to go off, the frantic search for a second year house has begun. The real estate race usually begins around November, with most people viewing their first houses before Christmas break. This means that students are forced to choose their future housemates after less than two months.

Why is there so much mould?

Like peanut-butter and jelly, or Mary-Kate and Ashley, almost no student house is complete without a bit of mould. So much so that you begin to wonder if you will ever find one that isn't mould-infested. Inevitably you will either pay double the price for a mould-free pad or learn to sacrifice your standards. Sadly, it's likely to be the latter. 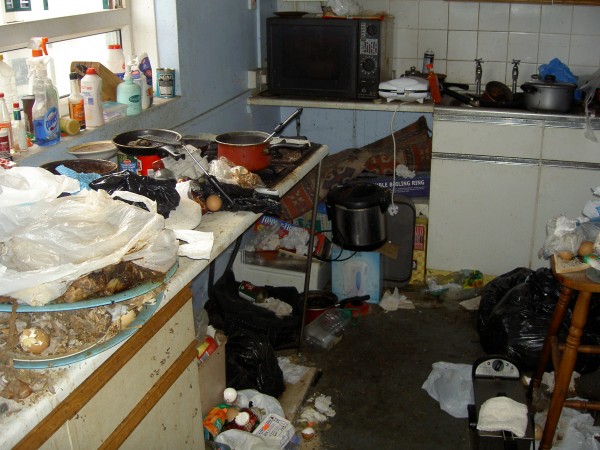 Has anyone ever cleaned in here?

As you wade through yet another dingy living room filled with week-old pizza, you vow that your house will never be this messy next year. But it will. And there will be a whole host of passive aggressive post-it notes about it. You will also learn to adjust to not having any available kitchen workspace. Fun!

I will not be having a downstairs room

Unless you're in a group of four or less, you will inevitably face the grim prospect of a ground floor room. This is usually a former living room which has been turned into an extra bedroom. Granted, its usually the biggest but that also means its the coldest. And who wants to be judged by strangers passing by for eating pizza in bed at 3pm?

You think you've finally found the perfect house! The heating works, it isn't covered in mould and its apparently in a great location. However BE WEARY. When it comes to student housing its always a good idea to exercise a healthy dose of scepticism. If it seems too good to be true, it often is. The estate agents will tell you that everything is a five minute walk away. I would recommend checking the distance to uni and the nearest shop on google maps first. If the current tenants are in it's also a good idea to ask them what the landlord or letting company are like. Always check about deposit and admin fees. Whilst the rent might be cheap, you don't want to fork out a fortune to cover hidden charges. Make sure you know what're signing up for. 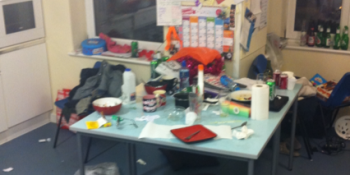 Was it the first house that I liked or the second?

You will end up doing so many house viewings that it is very easy to get confused between houses. A good way to avoid this is to take pictures of everything as you go.

I will never find a house

It's not even Christmas but you hear person after person say that they've signed their house contract for next year. Yet you still haven't found one that doesn't smell like a homeless man died in it. When your latest house viewing gets cancelled because someone else has already snapped it up, you begin to panic. Forget jingle bells, you're hearing alarm bells. Do not worry! Southampton will not run out of houses. Most private rented do not even release their listings until after Christmas break. It is much better to hang on than rush into a terrible contract.

He was dismissed on the grounds of gross misconduct

What the Soton road you live on says about you

If you live on Westridge, you’re a sort x

How has Southampton continued to support the BLM movement after its march?

The protests continue to make a difference

They want all societies to protect their Black members

Southampton is the best uni for Physiotherapy in the UK

It says: ‘They need to show they are taking active steps to prevent racism within their institution’

In light of racism on campus, students are accusing the uni of performativity

A peaceful, socially distanced protest will be held outside Guildhall

And yes, most of them are related to nights out

You lot get up to all sorts in club toilets

‘How is it no detriment?’: We spoke to Soton students about the new policy

In a wild turn of events, Ollie Locke tweeted saying he ‘needs a Jesters night’

Our prayers have been answered

What the Soton road you live on says about you