Better than Stealth to be fair

In a move of non-violent protest against a number of university-related issues, students have been occupying corridors in the Trent building since Sunday night.

Last night, whilst camped out outside the Vice Chancellor's office, students kitted out the space in order to throw the best rave Trent’s ever seen.

UoN Left Soc, who are the only student society to officially support the occupation, decided to “have some fun with it” and bring in a DJ for the party. They told The Nottingham Tab: "We had a couple of DJs that wanted to support the cause, so we decided to have fun and bring one in.”

Eventually, they decided on the cutting-edge drum and bass DJ ‘Orpheus’ hailing from Leeds, who organised the equipment and “just walked it past security”.

The top Leeds recruited-DJ supplied nothing short of the duttiest drum and bass tunes, bringing unprecedented vibes to the university property.

UoN Left Soc President, Adam, said: "At one point we had 50-60 people raving in the Trent building.” 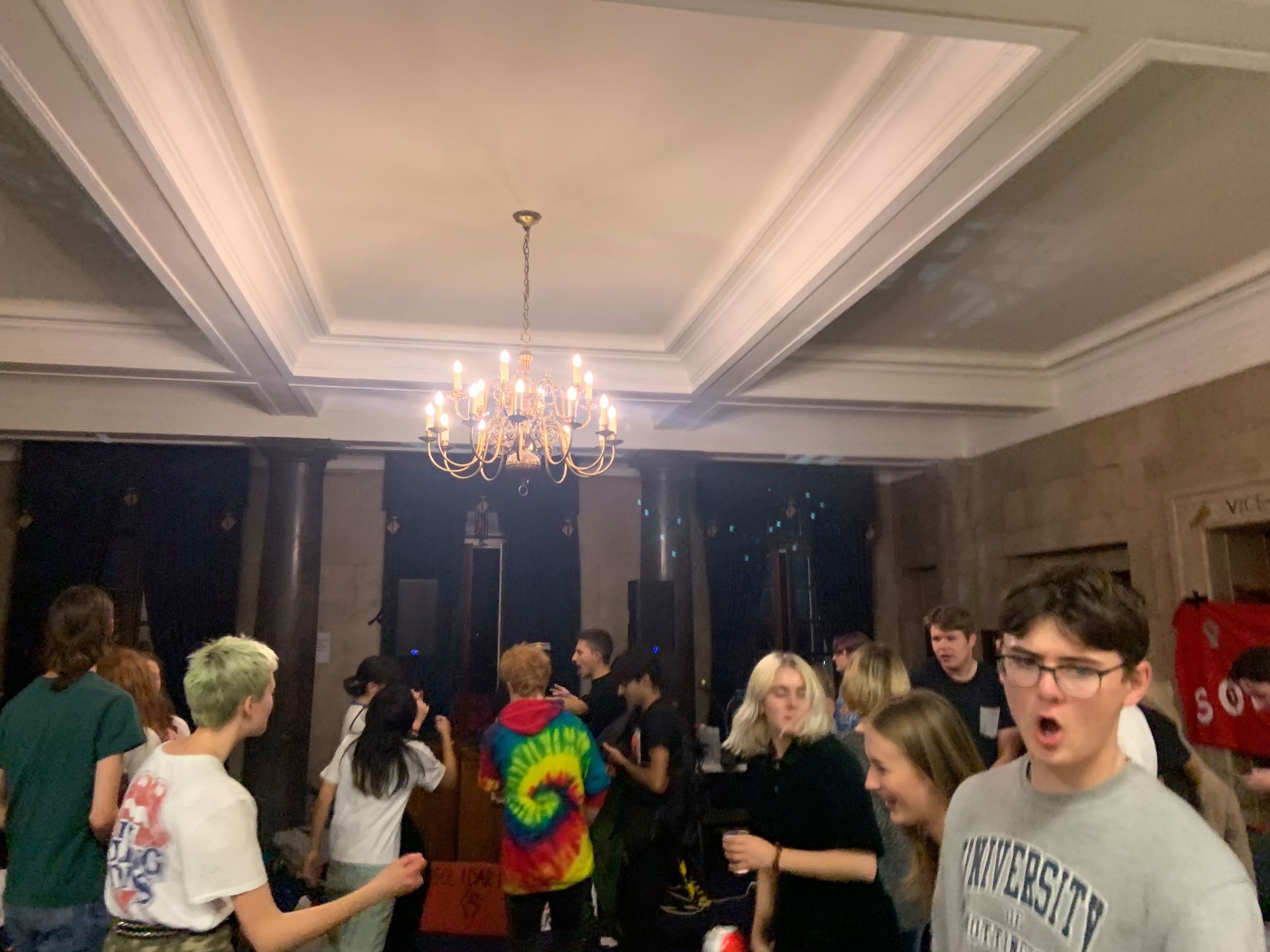 After posting on Buy and Sell, security were alerted of the scale of the party and cordoned off the area. “There were loads of people trying to get in but security had locked the doors”.

For the lucky few already in the building, this did not stop the party however, and only made it more wild. “The DJs return ticket was at 7am, so he stayed all night. He’s a proper rave DJ”.

According to Adam, the DJ “loved it” and was there to “represent his many friends that were postgraduate students not getting paid to mark work”.

An exclusive look inside the party shows protest supporters letting loose and having a good time.

Left Soc were quick to reassure that “if people had alcohol then they provided it themselves – we knew we were there for a cause just having a good time."

We know you’ve forgotten all the good bits