‘We’re here until we need to be’

In a move of non-violent protest against a number of university-related issues, students are occupying corridors in the Trent building.

The doors around the Vice Chancellor's office have been locked or blocked and, inside the sealed area, students have made themselves at home. Equipped with sleeping bags, games and music, they are keeping entertained and intend to stay until their demands are met. This decision comes in spite of a request from the university for them to move out by Wednesday.

The students want the university to restart meetings with the UCU in order to improve their pensions and wages; they want an end to outsourcing of labour on zero-hour contracts through providers such as UniTemps. However, they also have two further demands from a slightly different vein. 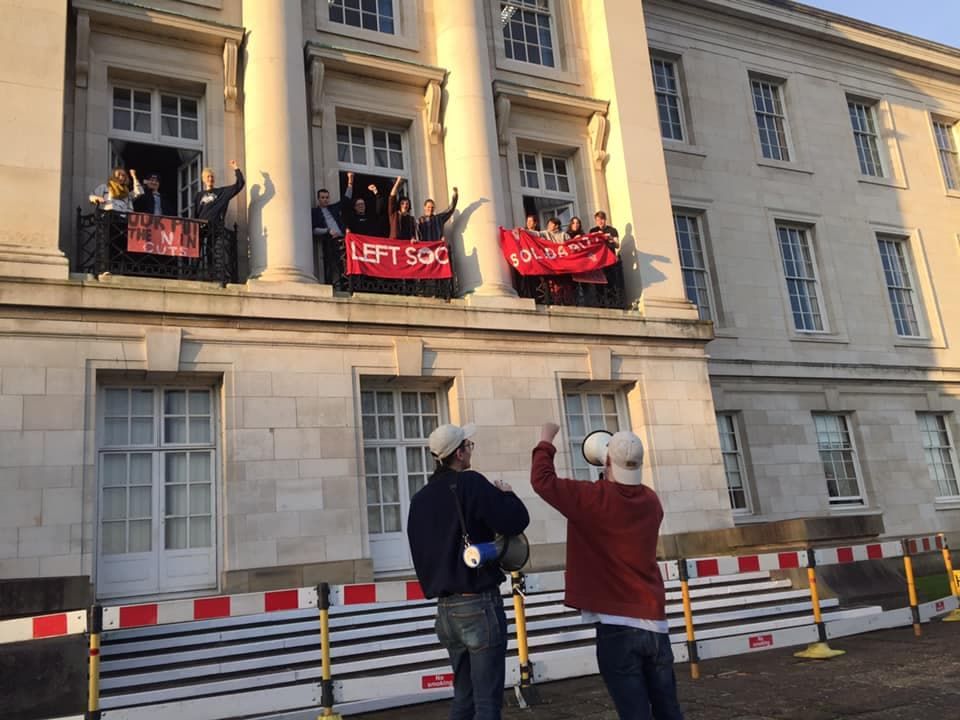 Students protesting at the Trent building

The other is in regard to the School of Engineering and their collaborative degrees with Rolls Royce, Boeing and BAE systems in arms departments.

“We want to demilitarise the engineering department," says George Sullivan, a Nottingham student.

Asked more about their opposition for these industry degree schemes, George Sullivan and Sam Harris, the main two organisers behind student-staff solidarity action, said it is wrong for the university to pathway students directly into graduate schemes which “slingshot” them into the military. 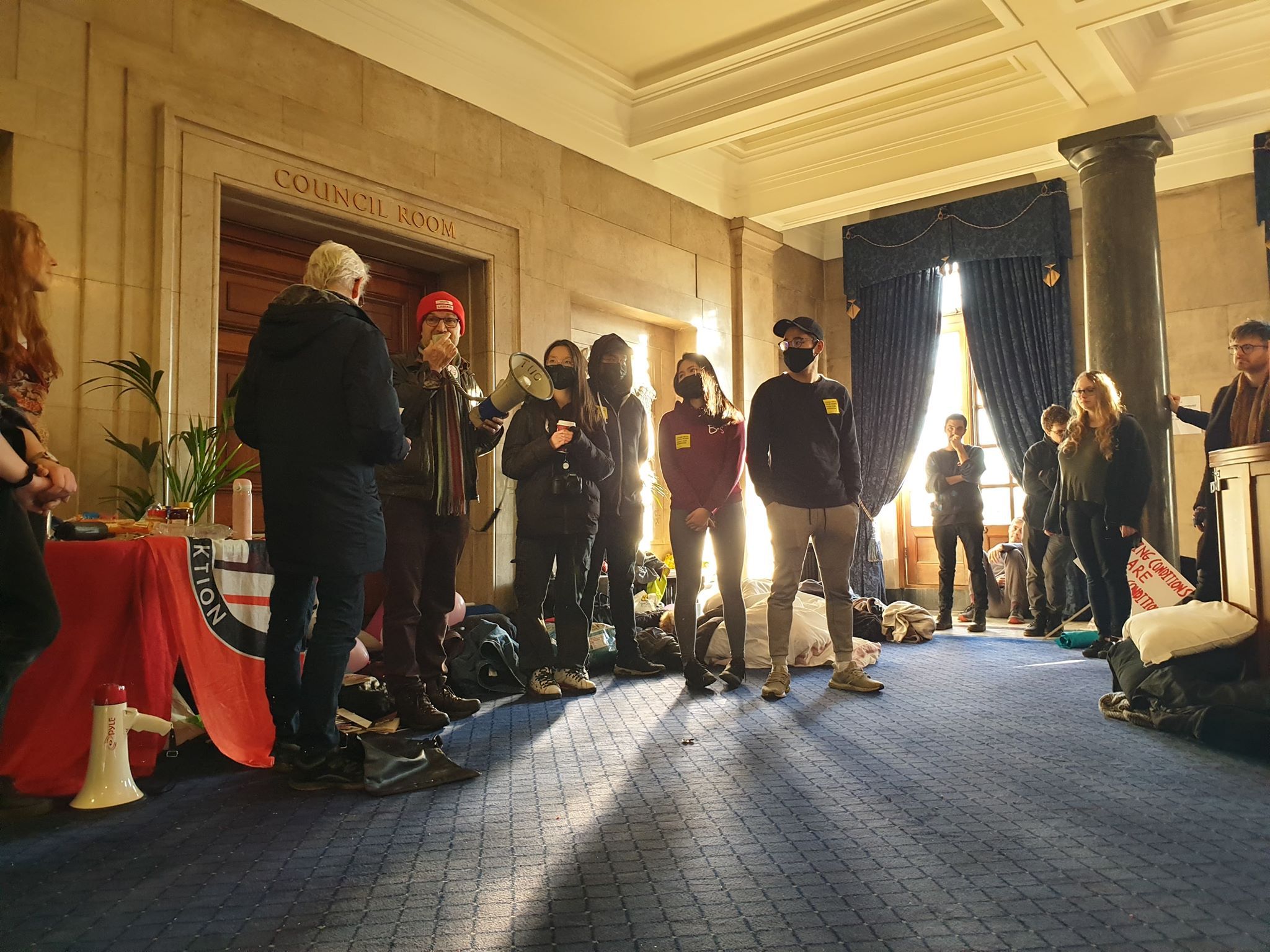 Students and strikers outside the Council Room in Trent

Both George and Sam discussed their distaste in bombings and warfare and argued that the university should not be so actively promoting companies which are deeply involved in these fields. Instead, they’d rather see schemes which result in jobs in green and renewable companies.

“It is a student’s choice [to go into these companies], but we don’t think it should be an option that the university supports," Sam said.

The stand the students have taken has not been met with universal acclaim. Allegedly on Monday a member of the bar management pushed a first-year student back in order to lock an office door. A video of the event shows clear tension between the students and member of university staff.

There has also been lots of support for the students and relations with the university’s security team has remained civil so far—with Sam and George praising the security staff for their understanding and help. 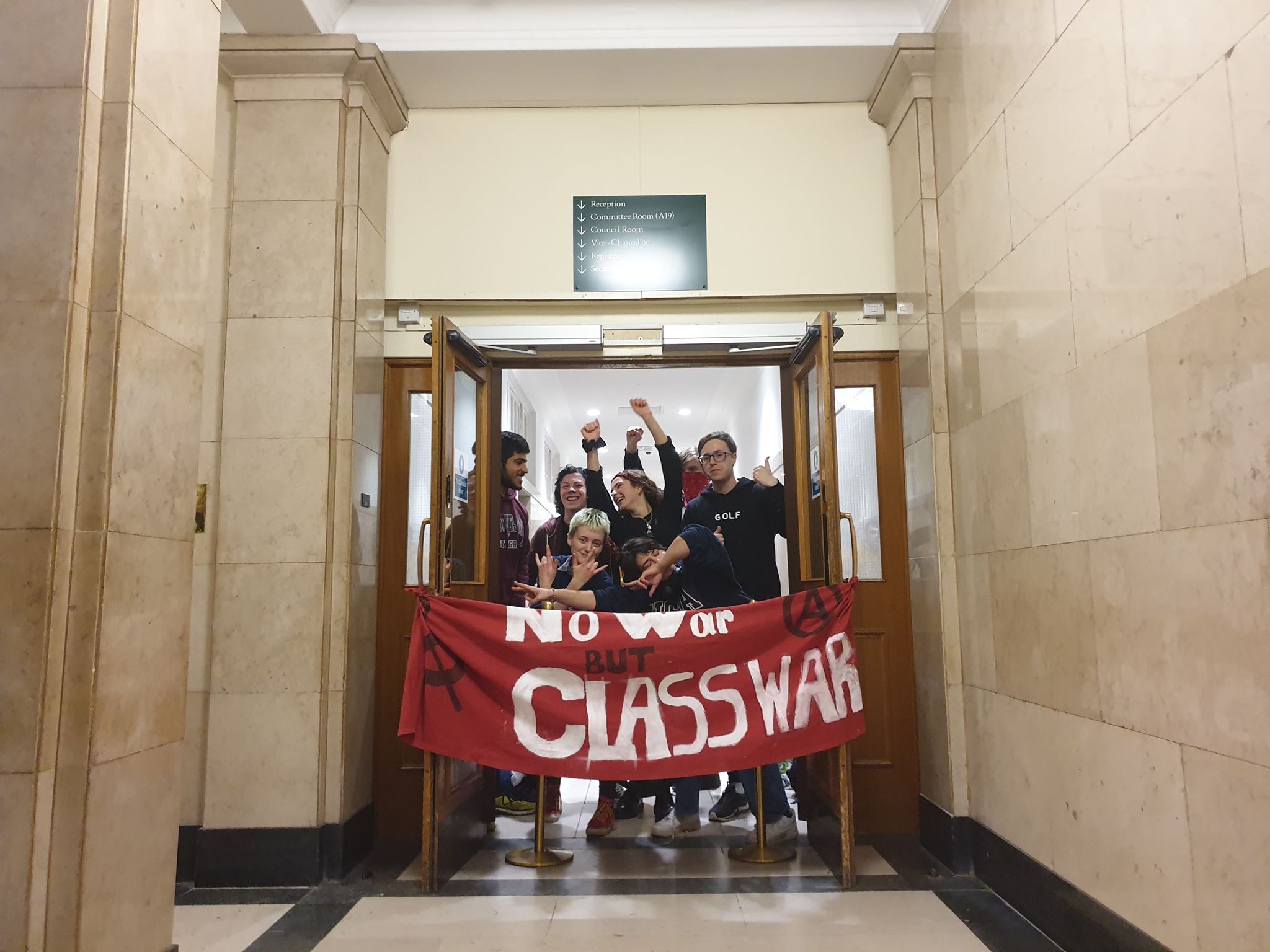 Students blocking a corridor in the Trent building

The students hope for their message to be propagated by their actions and they expressed disapproval at fellow students who complain about the occupation and strikes. They want to apply as much pressure as possible on the university to make change and UoN's UCU recently released a statement in support of the occupying students.

For students who want to join in on the occupation, George said they are more than welcome to “come on down”. There's music, hot drinks and, on Tuesday night, there was a DJ.