The results of the QS Top Universities Rankings 2019 have concluded that King's is second in the world for both Dentistry and Nursing!

This is the second year in a row that the School of Dentistry has claimed this accolade, making them the best dentistry programme in the UK and in Europe (second to the Karolinska Institutet, Sweden).

The second place result for Nursing is also a big achievement, having improved three places from last year. 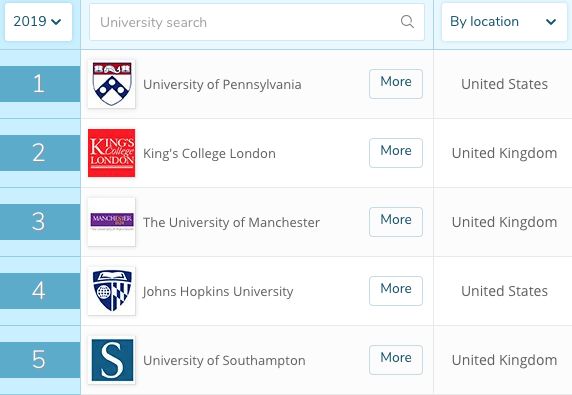 King's overall world ranking has dropped gradually since peaking at 16 in 2015, and has achieved its lowest ranking in the last seven years of 31.

That being said, the results are compared with over 1200 universities from 78 locations ranked in 48 subject tables and five broad disciplinary tables, so its not too shabby to still be achieving high rankings in individual subjects.

To view the full breakdown of the results, click here.