The KCL Libertarian Society have set up a petition campaigning for a "vote of no confidence" in this year's KCLSU President, Ahad Mahmood.

Their petition is in response to another petition supported by Ahad, led by the KCL Intersectional Feminist Society, which calls for the cancellation of "Endangered Speeches", an event led by the War Studies department featuring guest speaker Dr Joanna Williams.

We've decided to fully investigate the situ, as previous reports have been unclear. 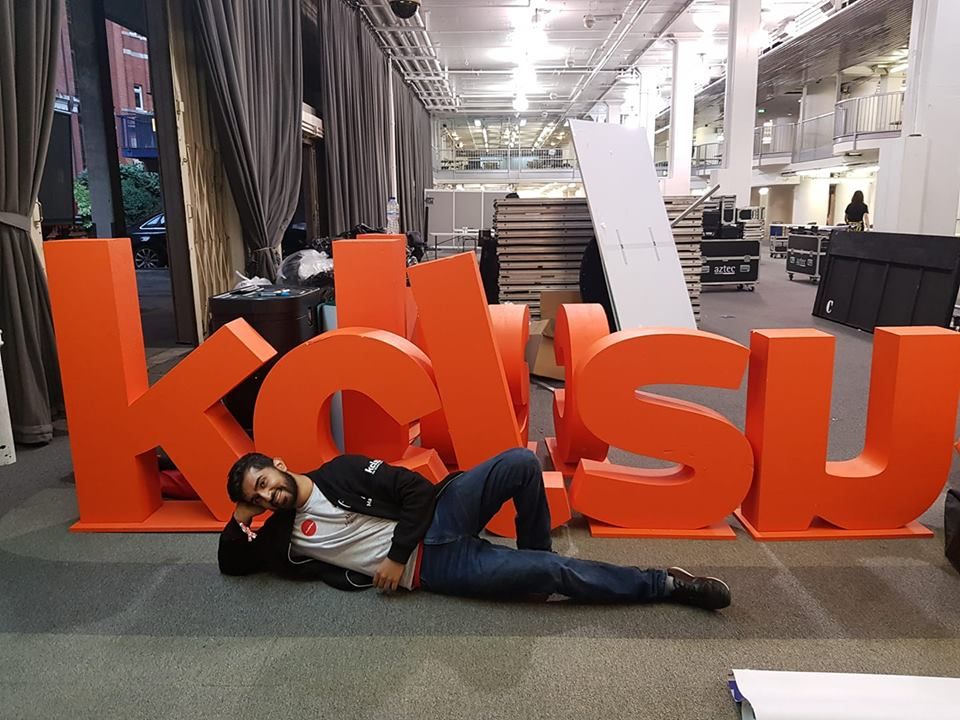 Students have the right to resist against any external speaker invited to King's by resident faculties, if there is proof that they have been they will affect the Safe Space™ atmosphere on campus.

By me: We’re all toxic now https://t.co/QNoHOPR0dF

Williams has previously been quoted calling transgender policies in schools "a waste of time" and "taxpayers money", according to a quote reported in The Telegraph. She considers gender neutral toilets or gender neutral spaces "unnecessary" not only because of the "tiny percentage of transgender children in schools", but because she doesn't want more children "spending time thinking about whether they are a boy or a girl".

Very good: There is no such thing as a ‘trans kid’ https://t.co/SbyOW5yj2P

Other controversies earlier this year surrounded the #MeToo movement, where she wrote that "knee touching, clumsy flirtation, unwanted kisses – these are not the same criminal acts", which "blur the lines between flirting and rape".

She has since written a response to the ban through her column on The Telegraph, claiming "apparently I am too dangerous to be let on innocent students. News to me".

They had "a strong sense of entitlement to emotional safety" – @jowilliams293 on the students who recently attempted to "no platform" her at King's College London, as she responds to @JonHaidt. pic.twitter.com/hineC2wham

The KCL Intersectional Feminist Society reacted to her being invited as a guest speaker by the War Studies department, calling for "the immediate cancellation of the event and demands for the department in question to publish a public apology". They claimed the harm that would be caused to staff and students with the presence of such a speaker would be irreparable.

KCLSU announced on their website they "would like to express solidarity with transgender and women students who will be affected by the 'Endangered Speeches' event on 13th November.

"University is a place where views are shared and debated freely, however, there is a line between sharing a view and advocating for the dismissal of an entire demographic or undermining the violence experienced by another. The choice to invite her demonstrates a lack of sufficient care for students who might be harmed by her speaking at King's College London."

SU President Ahad Mahmood then actively supported the petition and showed solidarity with the "transgender and women students" on campus in a Facebook post. He expressed "disappointment and concern" that the War Studies department would extend an invitation to her in the first place.

He referenced KCL's "It Stops Here" movement, which actively fights for safer policies that eliminate bullying, harassment and sexual misconduct on campus and tackling their causes.

KCLSU would like to express solidarity with our transgender, non-binary and women students who will be affected by the…

The third response, in this complex web of solidarities and petitions, is that of the KCL Libertarian Society calling a vote of "no confidence" in Ahad because of his support of the Intersectional Feminist Society and KCLSU's calling for the ban on Williams.

The society explicitly states: "It is not our place to defend the supposed rhetoric of Dr Joanna Williams, nor our wish to endorse her or condemn her.

"Instead, we believe that universities should be champions of the free exchange of ideas and not shelter students from being exposed to new perspectives. We believe students are wise enough to retain autonomy to think for themselves and make their own minds up in the face of new ideas, as opposed to preventing their exposure to different views altogether."

The Libertarian Society told The King's Tab: "This is dramatically insulting for the students of our great university. They are effectively being told they do not have the autonomy to think for themselves and confront new ideas head-on, but rather the Students' Union should should step in on our behalf to protect us from hearing the new ideas in the first place."

When The Tab King's approached Joanna Williams for comment, she tweeted us.

What do I make of this?
1. Good on @DannyAlk99 and the Libertarian Society for challenging SU attempts to censor in the name of all students.
2. Attempts to no-platform speakers REALLY backfire. We are still talking about this?! Would be long forgotten if not for initial protest. https://t.co/t8nlUEWFzZ

It is unclear how many votes have been cast and what the next steps are.