That clubbing is not for the sober

Before embarking on this mystical quest, I had never been to Guy's Bar. Nor had I experienced a King's sports night (I'm also one of the only third years still at King's to have never been to Walkabout. RIP).

I had however heard about the illustriousness of Guy’s Bar, and as a third year, I thought it was finally time to tick it off my non-existential bucket list before reluctantly heading off into the real world.

I was not prepared. 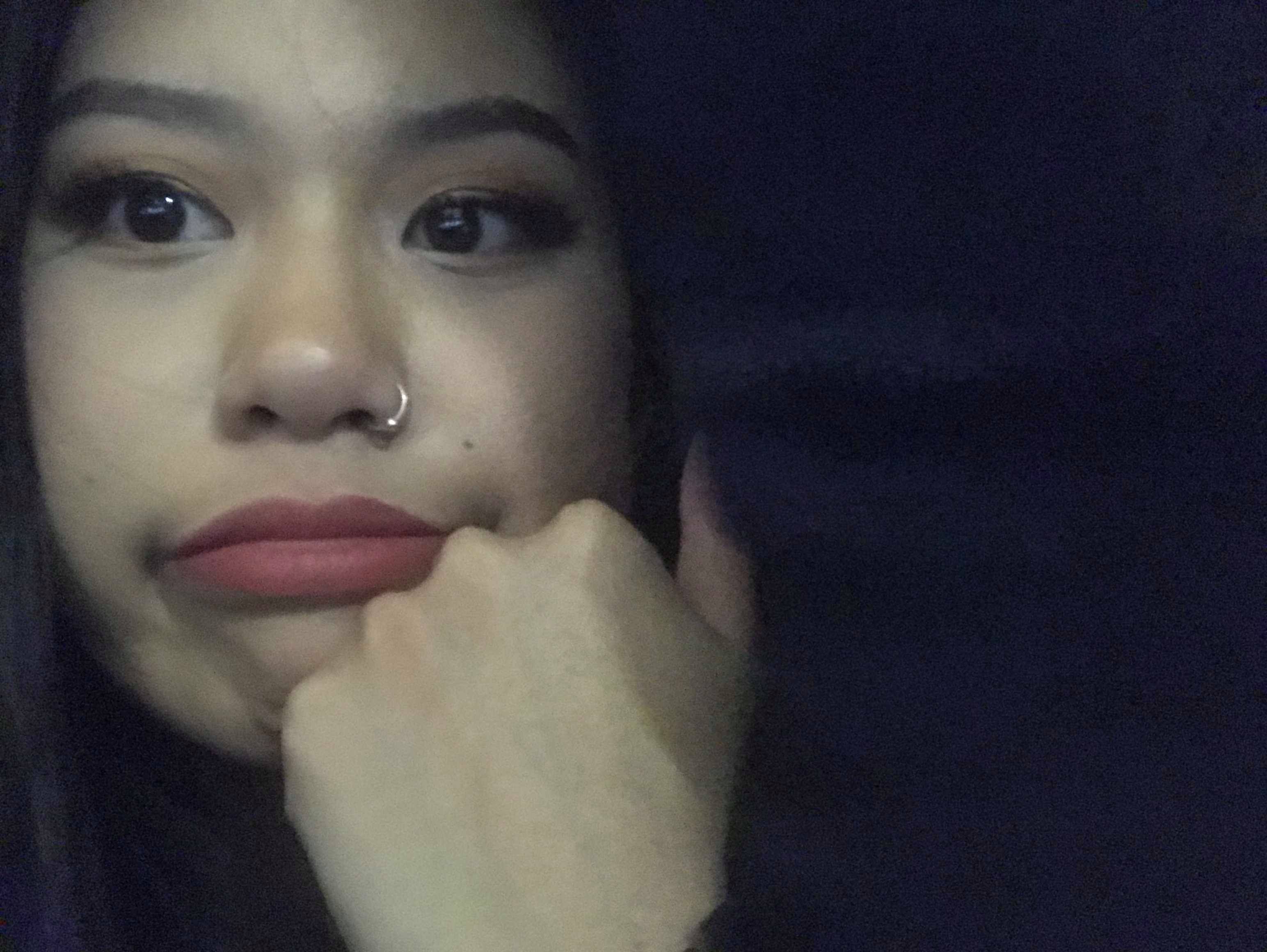 Incidentally, the sports night I decided to go to had free entry, discounted drinks, and free cloakroom access – which meant it was fucking busy. Clearly, some people weren’t impressed with this arrangement, as a random mixture of people came storming out, claiming that Guy’s Bar was "shit".

Needless to say, they failed to start a boycott, but did provide brief entertainment while I was turning into an ice block in the queue. Eventually, we got inside and eventually made our way to the bar. Of course, I wasn't drinking anything that night. Hash Tag Legend. 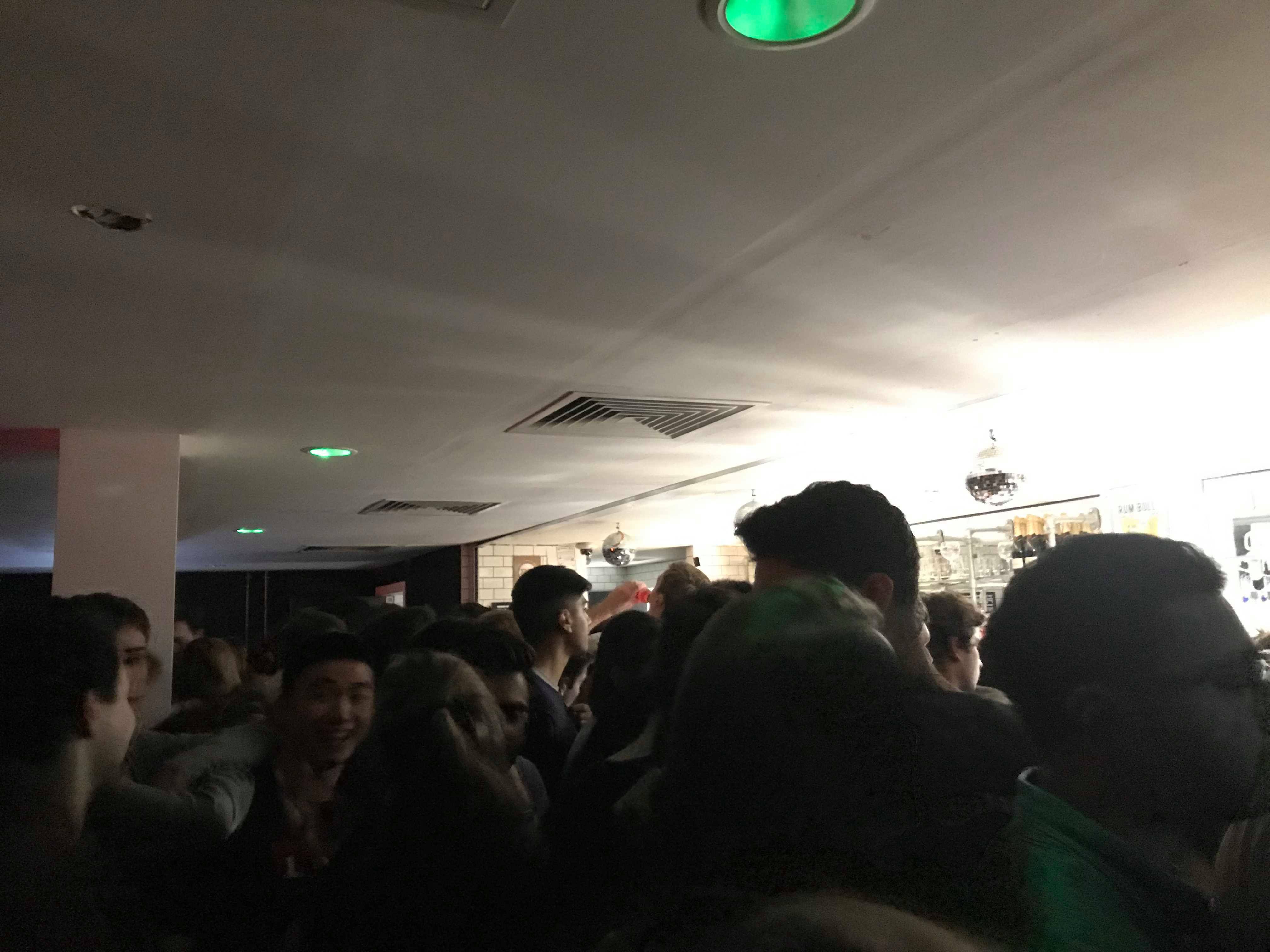 While my friends ordered their vodka shots, I wondered how bartenders are able to hear anything with all the noise. My eye then wandered to the stack of board games at the back. Now, you’re probably thinking, who would play Scrabble in a public establishment that’s forever destined to alcohol-covered floors and the debauchery of people groping each other?

I have no idea, why the fuck are they there? 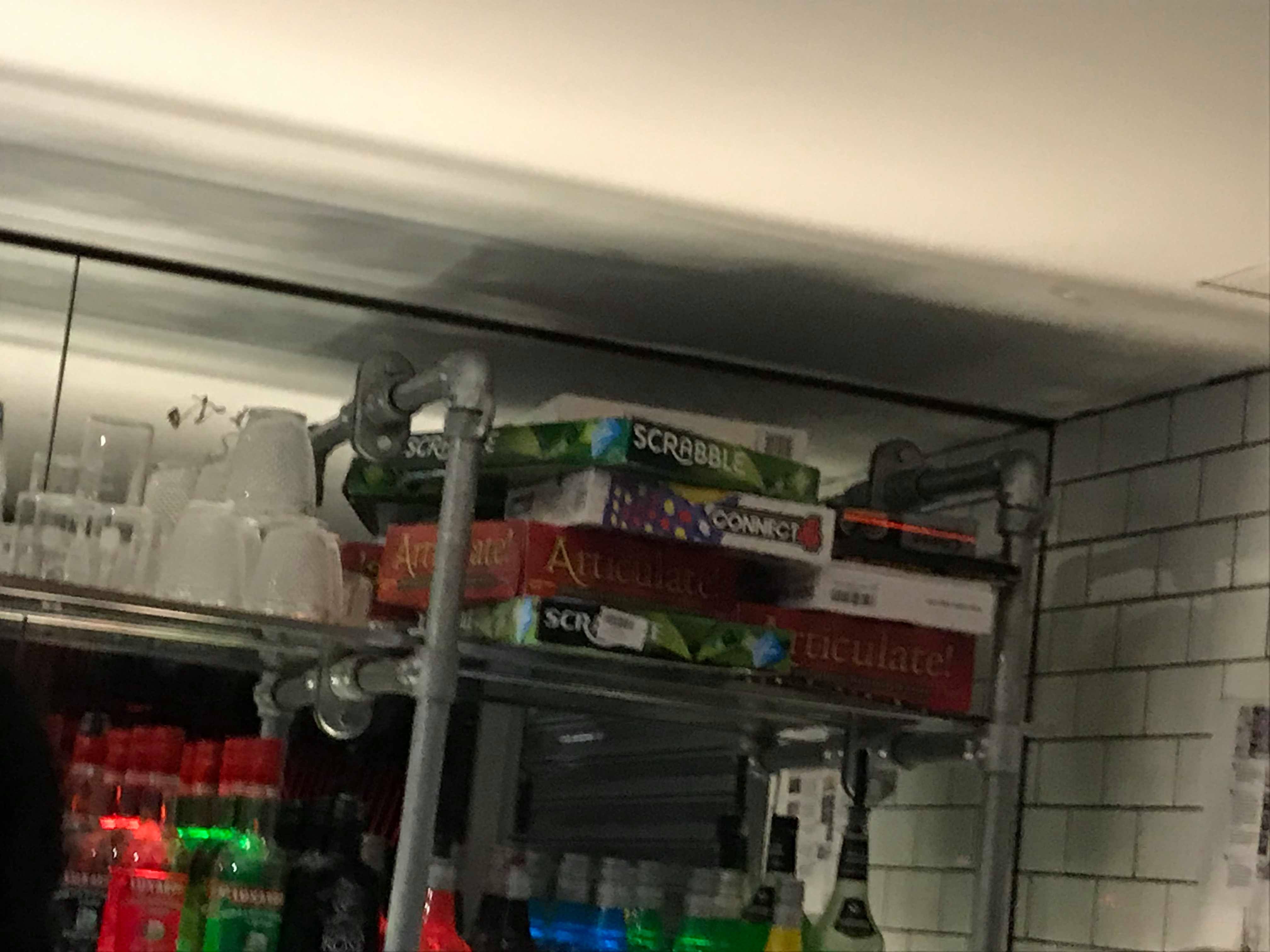 I’m a social drinker, which means that I don’t go clubbing a lot unless there's an occasion – or a large group of people force me to. While drunk me wouldn’t have minded being pin-balled around the area, having sweaty guys that had forgotten to put on some deodorant beforehand pressed into me was a bit much for my sober self, as was the random creep that kept following my friends and I around the dance floor.

We had only been only there for an hour at this point, and already my lower back was aching. Again, I am reminded of the pains of being sober, and why it’s much better to dance the night away when you’re too shit-faced to realise that your body just wants to rest.

The number of times I had to squat underneath the stark, white lighting (that, btw, makes your makeup look shit, and your mistakes of the night much more regrettable) to relieve the pain in my lower back was a harsh revelation that I was too old to be doing this – especially sober. 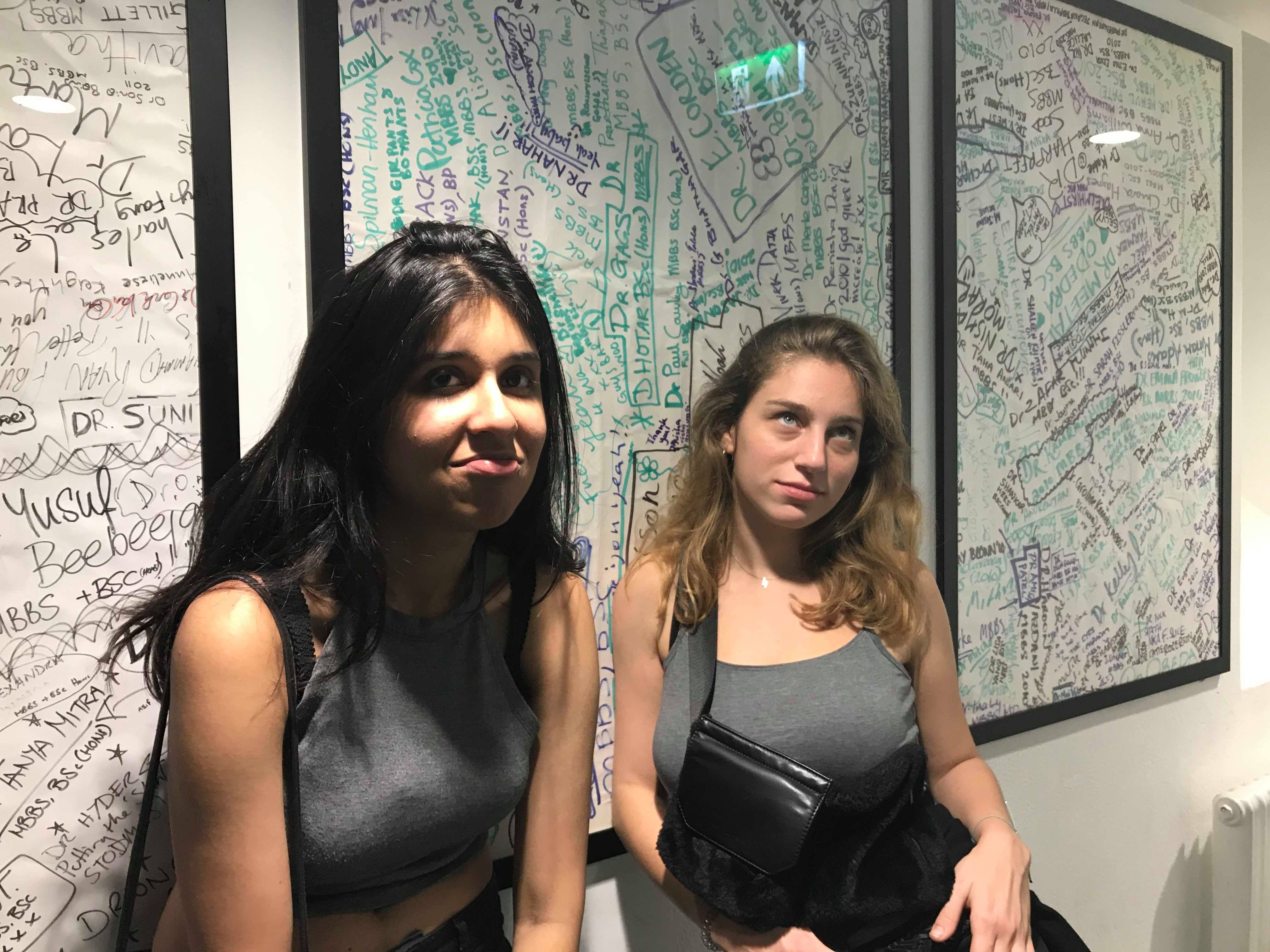 For a couple of minutes, I’m torn away from my misery when the clock strikes midnight. Literally torn away, because my well-experienced friend pulls me to the dance-floor to witness the magical scene of shirtless, gyrating bodies dancing to what I believe was Happy Birthday.

Masses of spinning around like a windmill above our heads, the initial fascination and entertainment of this apparent Guy’s Bar ritual quickly died down when the pungent smell of BO lingering in the air hit my nostrils. 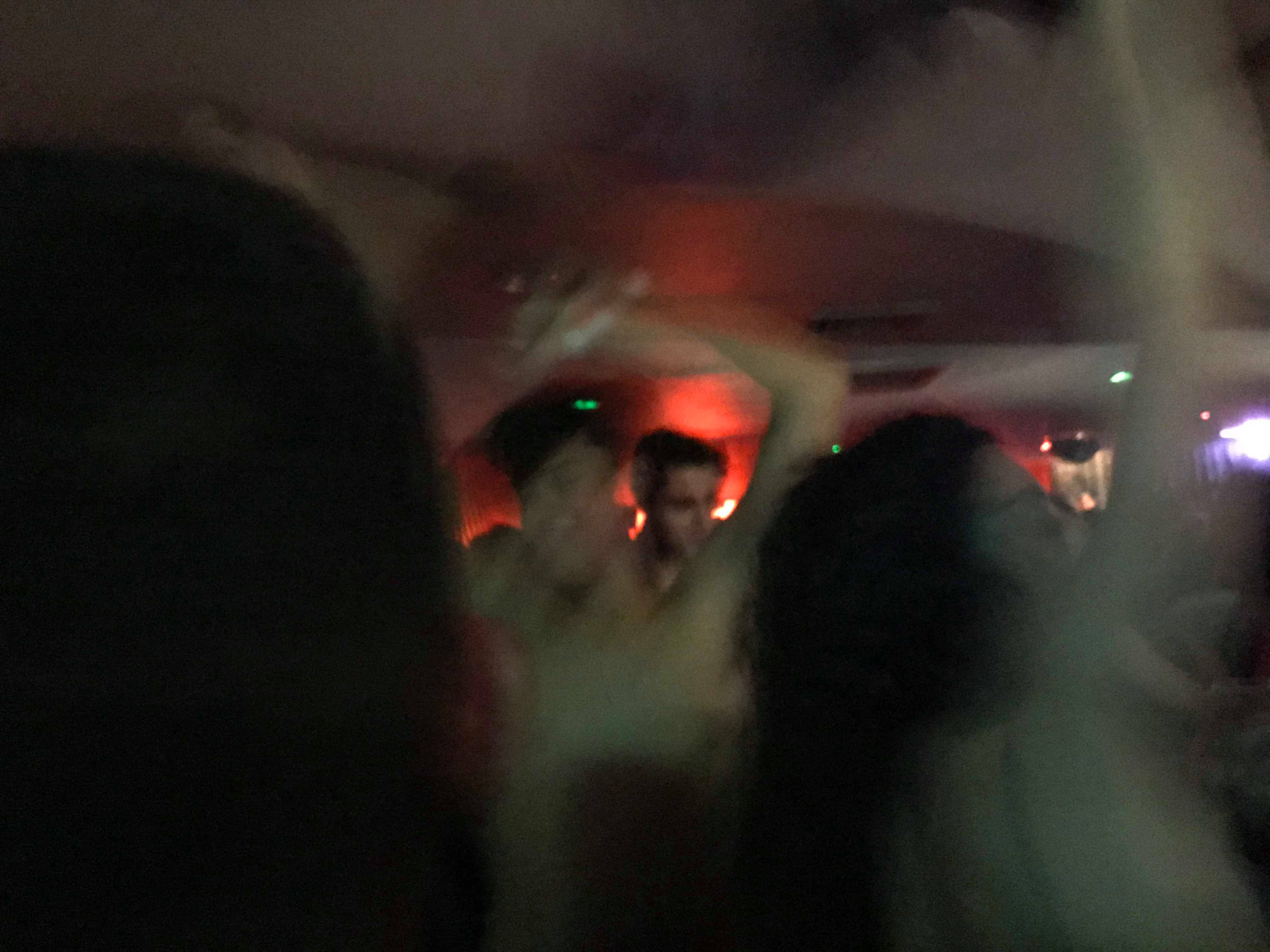 1am hits and we decided to call it a night. My lower back is far beyond redemption, I was too sweaty I felt like I needed a cold shower, and bangers like "Dancing Queen" and a surprise appearance of "All I Want For Christmas Is You" were quickly replaced with songs that I couldn’t care to pretend to know.

Guy’s Bar might have been a fun night if I were under the influence, but it felt like I was stuck in a petri dish full of sweat, inebriation, and lust. Not for the faint-hearted, or sober-minded.

Want all the best gossip and spiciest memes from Guy's to the Maughan? Follow our Instagram for more.