Turns out a LOT of practice is involved

It’s been nearly 3 weeks now, and the sting of losing to UCL on University Challenge is slowly subsiding. With a new KCL team about to be formed, all you University Challenge hopefuls might be looking for advice in any form before you potentially come face-to-face with Jeremy Paxman.

We spoke to KCL’s Liam Tsang, a member of the most recent KCL UC team, who contributed 50 points to KCL's total score of 145. From taking us through the application process, to what you’re not allowed to wear for filming, we found out what it’s really like to be on the show.

First things first, any words on your recent loss to UCL?

Well, obviously it’s never a great feeling to lose, especially to UCL, but I’m really proud of the late fightback we mounted which pushed us into the highest scoring losers playoff match. UCL were a really strong team and on the day they were just a bit sharper on the buzzer than us, which made the difference in the end. Fair play to them, they were all really nice people as well. We watched an episode together backstage and went out for dinner after the match, so it was a very amicable aftermath. 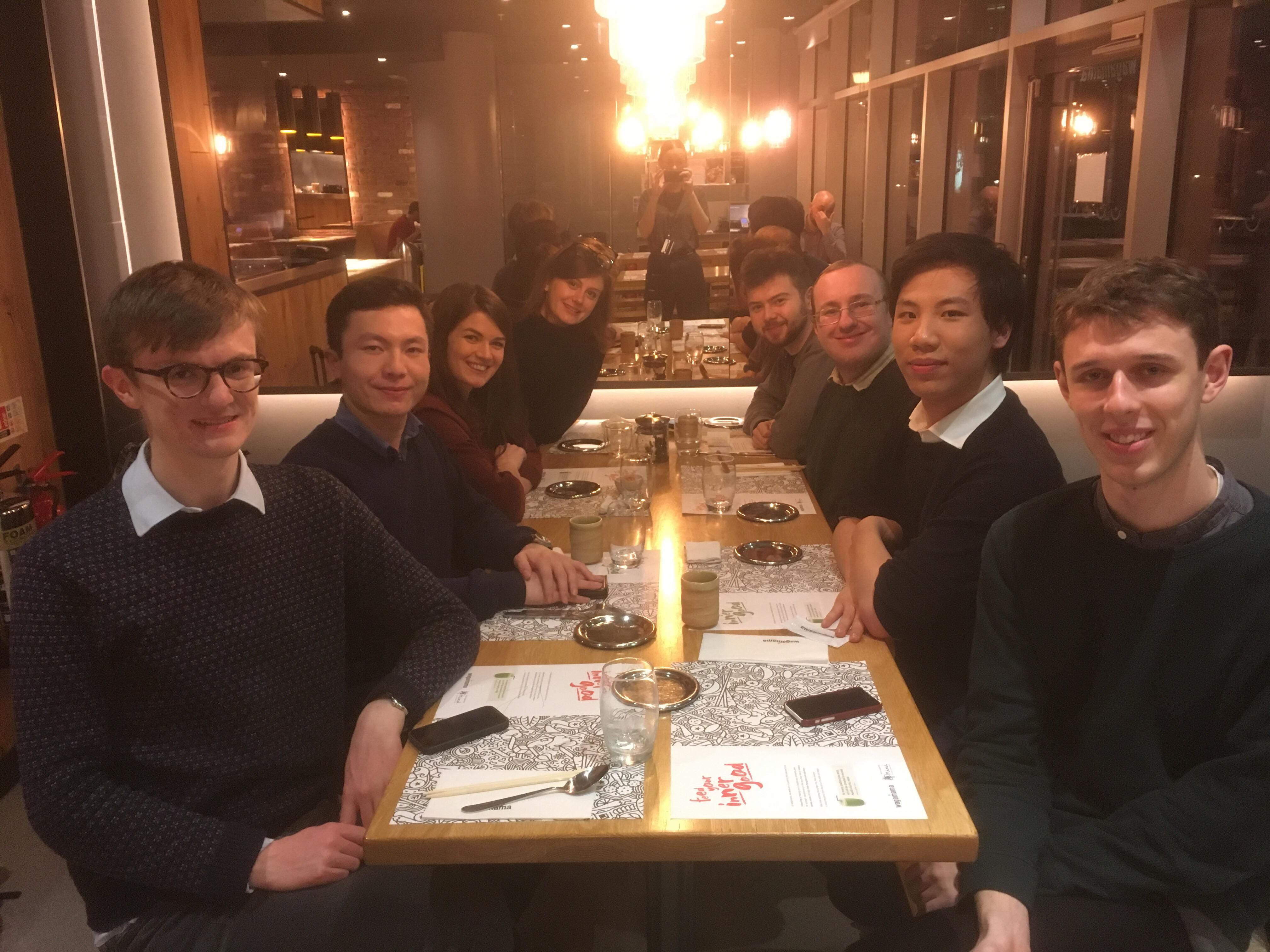 What made you want to be on University Challenge?

My younger brother (who studies at UCL now) got me into it. About three years ago when he was still at school, my dad bought him one of the official University Challenge quiz books. Naturally, I was his preferred opponent. I had always considered my general knowledge to be fairly good, but to my surprise I was consistently beaten very heavily whenever we played – so, I decided to begin reading about more things outside of my field of study, in order to improve my general knowledge to a level where I would be able to beat my brother.

I stuck mainly to science, since that’s what I’ve always been interested in, but I also branched out into things like art and classical music. I also started watching the show religiously, having never been that interested in it, and really began to enjoy playing along. I gained a new appreciation of the breadth of knowledge and speed of recall which the contestants possessed, so I set my sights on becoming one of them. I didn’t actually expect to achieve it though!

The SU ran a trial of sorts to determine the team of four who would represent the university. It was made pretty simple – the top 4 scorers in a written quiz would form the team, with the 5th highest scorer being the reserve. Once selected, I got to meet my teammates for the first time and we did the production team’s mini quiz together to get an idea of our individual strengths and weaknesses. 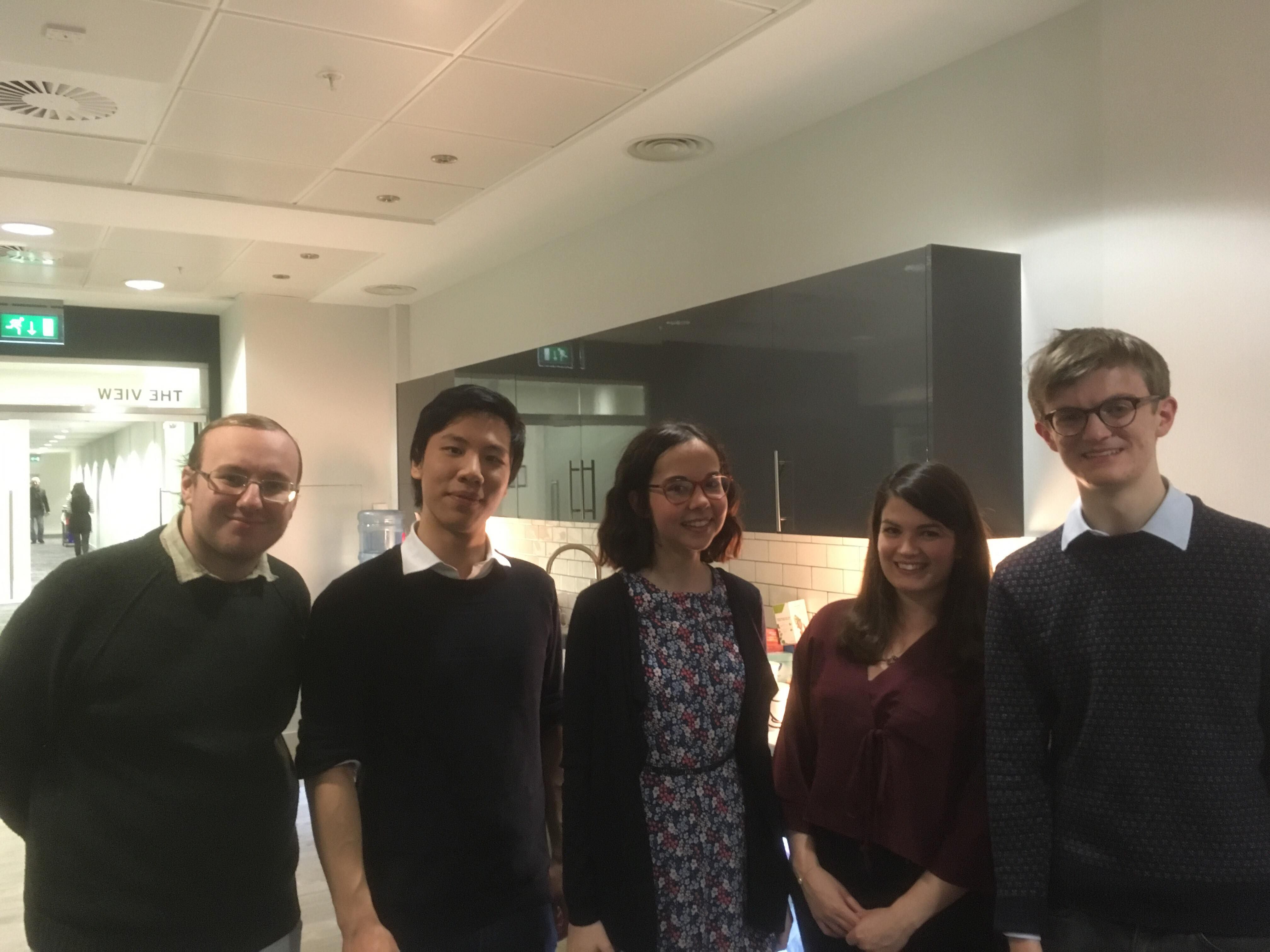 We were called by the production team for an interview soon afterwards. I can’t say too much about it, but we had to make a good impression on the production team as well as get through a very difficult quiz. I remember coming out of it thinking that it had gone pretty poorly, but clearly we did alright, because a few weeks later we were told we would be appearing on the show!

How did the team prepare?

It ended up being quite difficult to organise practice before the first match because there were only a few weeks between finding out we’d be appearing on the show and our first match. We did a pub quiz together and a session or two in one of the rooms on campus with the quiz book, slapping the table when we wanted to “buzz in”. I personally practiced my buzzer speed by binge watching old episodes on YouTube with my finger on the space bar to pause the video when I thought I knew the answer, which I felt worked quite well as a form of solo practice. As I was effectively the team’s science specialist, I revised lots of scientific topics which come up a lot on University Challenge; things like the periodic table, Moh’s scale of mineral hardness, and SI units appear so often it would have been criminal to have not prepared for them. 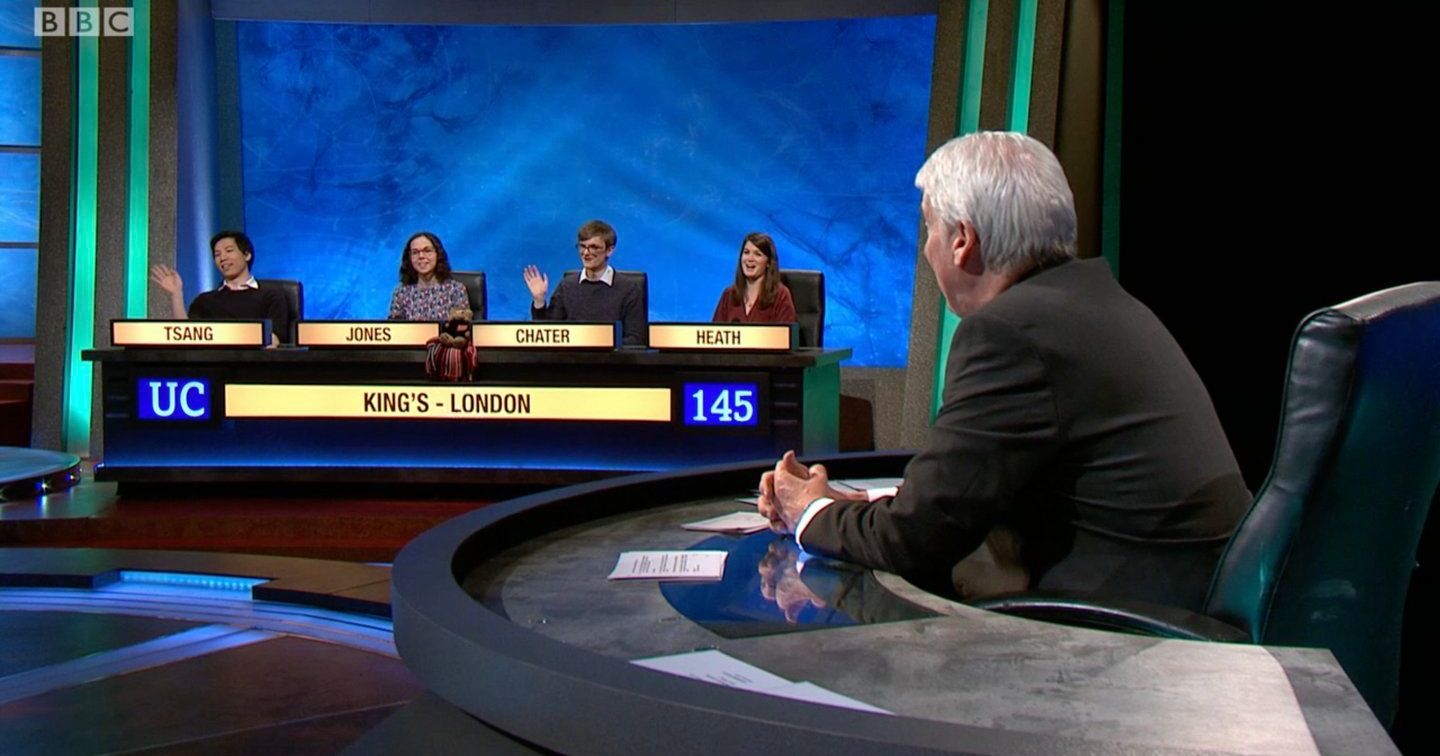 After our first round match, once we realised that we would be coming back as one of the highest scoring losing teams, we organised a few friendly games against the UCL team, who of course also wanted to practice before their second round match – we provided the rooms and some snacks, whilst they provided a professional buzzer set which made the matches feel real, it was a really good arrangement!

Any surprising moments during the process?

To be honest, I think each of us were surprised every time we were told we would be progressing to the next stage of the process! Aside from that though, I think the thing that surprised me the most was the restrictions on our wardrobe choices when it came to filming. Because University Challenge is a BBC programme we knew that we wouldn’t be able to wear any clothes with visible branding, but I was surprised to find out that we wouldn’t be allowed to wear plain white, plain black, stripes, or checks, which unfortunately took out about 95% of my wardrobe!

30 min to go. At this point during filming I was overloaded on espresso and Haribo Tangfastics #UniversityChallenge #KCL

Do you have any advice for the upcoming KCL team?

I would say that getting buzzer practice is hugely important and something that we lacked a little bit as a team. In an ideal world, the team could meet up regularly for practice matches with good buzzers against strong opposition, but this isn’t always going to be possible. I would say if you can’t meet as a team, binge watch old episodes and test your reflexes with the space bar. By watching lots of old episodes you also get a better idea of the really common topics as well – it’s really important that at least one member of the team has things like Shakespeare, the periodic table, and the monarchs of Britain covered, because they come up so regularly in some shape or form. I used the website Sporcle a lot for this sort of thing – you can usually find a well made quiz on a particular topic there.
Aside from that, just read what you like, and as long as you have a well-balanced team in terms of subjects, you can afford to play to your strengths!

Lastly, what was the best part of the whole experience for you?

It’s really hard to pick one single moment because the whole experience was incredible. It was packed full of emotions – anticipation, disappointment, elation, nervousness. It had everything, and I loved every second of it. I met so many brilliant quizzers along the way and all of them have pushed me to improve myself. I couldn’t have wished for a better team to do it with either – massive thanks to Anthony, Rhian, Katie, and Zachary for everything.

If I was forced into picking one moment it would be answering my first starter question – even though it was actually quite an easy one and I feel as though I gave some much more “impressive” answers later on in the match, there was something special about hearing Roger Tilling’s voice saying, “King’s Tsang!” for the first time, and hearing Jeremy Paxman saying “correct” after I had given my answer. It’s definitely a memory to cherish forever.

For any still looking to sign up for the chance to be part of the next KCL team, you can apply here.