The Irn-Bru recipe is changing, and life will never be the same again

The government has forced Irn-Bru to go out to a field, dig its own grave and say goodbye to the sweet old land of Caledonia.

Irn-Bru's recipe will now be changed so it has less sugar. This is mainly due to the government's impending soft drinks levy, which will be actioned this coming April.

The Scottish liquid bible will now have four teaspoons of sugar instead of the glorious 8.5, and calories will drop to 65 from 140. 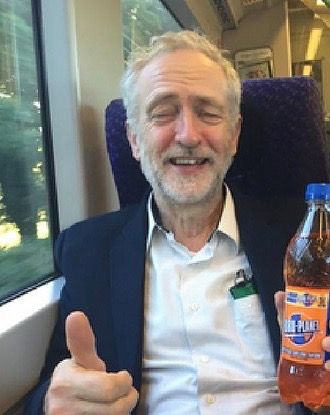 Even Jezza loves some Irn gold

But there is still hope. As we had William Wallace back in 1066, we now have another leader in the rebellion. His name is Ryan, and he has created a petition to stop this cultural slaughter. So far it has gathered 41,887 signatures.

This isn't the only hit that Scotland has taken in recent months when it comes to drinking. As only in November it was announced the Scottish government was introducing minimum pricing to try and tackle addiction.