Meet the man fighting to save Strathclyde’s Pro-Life society

This week, Strathclyde University banned a Pro-Life society from setting up an official affiliation with the university, due to a “violation of their safe-space policy”.

Jamie McGowan, a law student, has been a member of ‘Strathclyde Students for Life’ for over a year. He’s one of two men in the six strong Pro-Life campaign group, who are currently locked in a bitter dispute with university officials. “Right now we just meet when necessary. In a coffee shop or something, because we’re not allowed to have an actual room to meet.” They are calling for the university to overturn the ban and grant them use of their own space, so they can invite speakers and open up the abortion debate on campus.

According to Jamie, since his society isn’t harming or harassing anyone, they are entitled to have their voices heard.

When I speak to Jamie, it’s clear he’s been asked these questions time and time again, and his responses are eloquent – if slightly rehearsed. You can’t blame him: when you’re standing against current legal rulings and a majority, there’s no room for inconsistency.

Jamie’s views on abortion were shaped by being taken into care at a very young age. “Despite that we all came into the world from horrid familial circumstances, we all live valuable lives”, he tells me.

You can read Jamie’s views in full below. 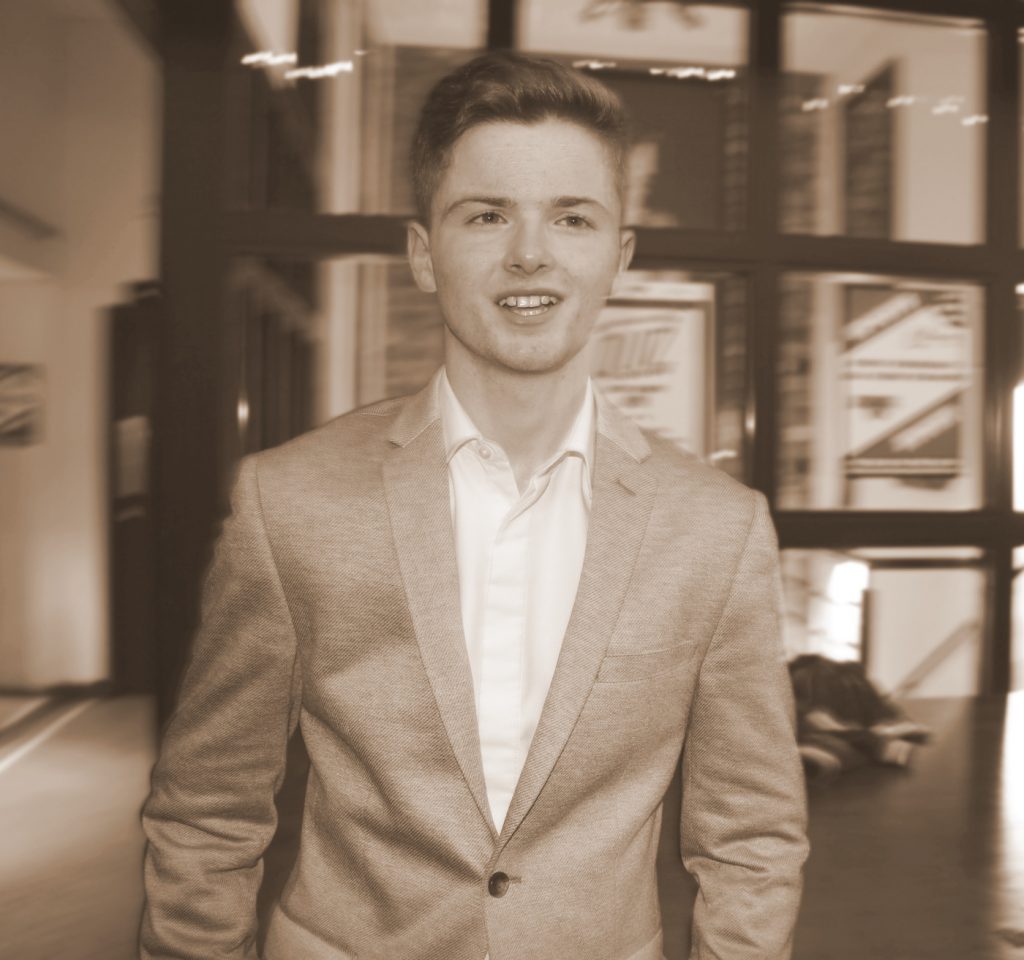 Can you tell us a bit more about your personal views on abortion?

“We can determine quite concisely that life begins at the moment of conception, where the sperm and egg meet to form a ‘zygote’. This small human organism is ‘living, distinct and whole’. ‘Living’ in how it exists, ‘distinct’ by its DNA – which tells us about its human features, such as hair colour, eye colour, skin tone, gender etc. – and also ‘whole’ in how it grows separately from the mother, rather than being part thereof.

“Medically, we can understand this to be a human being. Thus, when it comes to abortion, we are not talking about one body in particular; we are talking about two human beings, or perhaps more. The firm principle is that the rights of one person can never trump the rights of another; no person’s life is more valuable that anyone else’s.”

Should a woman not have the right to choose?

“Let me clarify; this is not meant to be an assault on women and their liberties or choices. Women are perfectly able to make decisions about their own bodies, but when it could bring harm to another human being, that is where there are problems. We cannot consider this an issue which is only centred on women – there is more scope than that. Taking away the choice thus is not about removing liberties from women, but about protecting human dignity.

“The Pro-Life movement is about campaigning to ensure women are offered a better option than abortion. This can be done by helping women in crisis pregnancies, offering them financial help, housing, counselling, clothing, baby toys, nappies – you name it. We are trying to convince society that there is a better option than abortion, by creating a equality-based culture of life which fosters both women and children.”

What are your views on abortion in the instance of sexual assault?

“For rape, things are unimaginably difficult. But the rhetoric here is generally that a child should not have to pay for its father’s crime. The issue is, of course, that neither should the mothers have to suffer. Yet, the firm principle about human life from conception is brought into play; the child is already conceived.

“By no means is life going to be easy for either the mother or the child, but in honesty I think it would be foolish to think abortion would solve the issue either.

“If I could give a personal perspective, I grew up in some tragic circumstances and was placed in care. I lived with children who had been conceived in rape. Their circumstances were particularly difficult, but their lives were of no less worth than mine.

“It is an extremely difficult situation and we must handle it with extreme care. Nonetheless, I would still say that abortion is still the greater of two evils in this case.”

Can you tell us a bit more about your upbringing?

“I didn’t come from circumstances which were exactly fortunate. My father wanted nothing to do with me and my mother was an alcoholic. She struggled greatly to take care of me, and indeed this had an adverse effect on me when I was very young. But I’m forever grateful for the love and devotion she showed me, despite her illness. She was a caring woman, and whilst her addiction brought problems, it did not stop her being my mother.

“When I was taken into care however, it was easy to see that other children had been through much worse than me; physical or sexual abuse, emotional neglect and even some had been conceived in rape.

“Yet, what perhaps sticks with me is that, despite that we all came into the world from horrid familial circumstances, we all live valuable lives. Some of the people I grew up with are living amazing lives now. Some were not so fortunate. Some are not even with us anymore. Yet, all the same, growing up in care forced me to realise that a poor quality of life does not mean that life itself can ever be hopeless or without worth.”

What about any foetal complications?

“I think disability-based abortions are absurd. They are a form of extermination. I cannot support any kind of abortion that might discriminate against disability, gender or race. However, if we are talking about cases where a mother’s life is in dangerous, the same compassionate attitude has to be taken as I mentioned in the cases of rape.

“I cannot think it in any case ethically correct for a human to intervene and voluntarily take the life of another; be it the mother or the child. I suppose it becomes a case of trusting in the course of nature from that regard.

“It must also be said that a lot of the time when doctors predict that a mother may not survive the pregnancy, these predictions are found to be incorrect. I am trying to convey this argument with as much logic and reasoned opinion as I can, because I know these issues involve a great measure of compassion.

“Greater medical developments must be encouraged to prevent these situations. But what must be recognised is that often fatal foetal abnormalities are often misdiagnosed, and abortion becomes more of a precautionary measure thus.”

At a cellular level a zygote is a human being, but it is unknown whether it possesses sentience or not.

“Creating memories, emotions and being sentient are not necessarily what make us human. There are human beings who, unfortunately, are unable to create memories or display emotions. Yet nonetheless, they are fully considered to be human beings, despite what you might say about their quality of life.

“Human life cannot be assessed by its quality, it’s not a subjective thing. If we are assessing the medical facts of the situation, then yes, I am ascertaining than a one day old zygote is scientifically considered to be a distinct human being, as much as you and I might be. Literally one in a million.

“I do not think in any case, it is okay for a human being to take the life of another; the rights of one person cannot trump the rights of another. The idea of utilitarian ethics are scarily taking control of abortion and embryology, and we are hitting a slippery slope of weighing human life by its merits rather than its simple existence.”

You have been vocal in the press about Strathclyde’s Students’ Association’s decision not to affiliate with the Pro-Life society.

“A university should be the crucible of free thought, and it must be a place where we can address all societal issues in an academic manner. They denied us this opportunity because they want to protect students, which sounds quite honourable, but in reality they are creating a blockade to true academic freedom.

“I think there is far more at stake here. When we silence the opinions of others, we risk creating reactionary politics. Democracy must survive on challenge, opposition and reasoned discussion; and this must be reflected in our educational institutions if we are to form people for the real world. That’s actually why I joined the Pro-Life society in particular.

Jamie concludes the interview by reflecting on his personal upbringing. “I was lucky enough to be taken into an amazing family and looked after in a loving home – and I am grateful every day for my family for the support and care they give me. I feel like the Pro-Life message applies here. It’s about giving chances.”

The Tab will be bringing you more on the Pro-Life debate at Strathclyde in the coming days.