“We fully respect the right to lawful and peaceful protest”

A student protest occurred outside of a meeting in Cardiff University’s Main Building this morning. The protest was linked to the ongoing strike action but was organised by Cardiff students independently of UCU.

A Cardiff University spokesperson told The Cardiff Tab: “We fully respect the right to lawful and peaceful protest… providing that this does not unduly disrupt the conduct of the University’s normal business.”

The industrial strike action is happening in universities across the UK, including Cardiff uni. The disputes are regarding pay, working conditions, pensions and contracts. 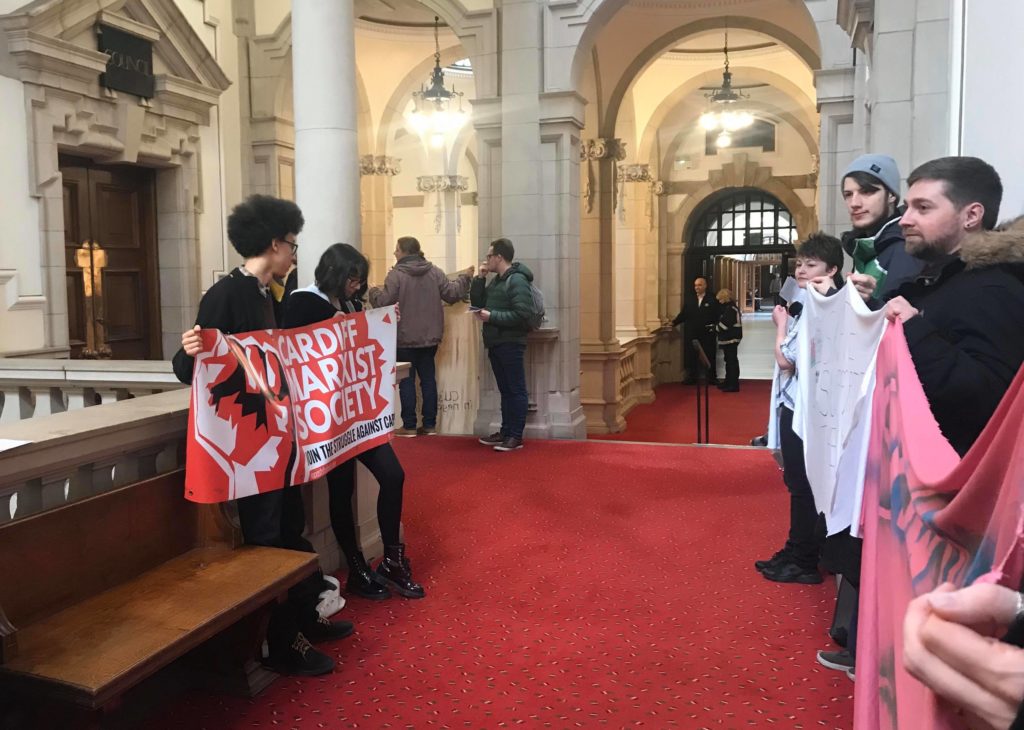 Although the student strike protest was organised by Cardiff students and not UCU, The Cardiff Tab reached out to Cardiff UCU for their response to such protests.

A spokesperson for Cardiff UCU said: “There has been a wave of student strike solidarity protests up and down the UK this week, and support for UCU from Cardiff students keeps growing.”

Cardiff UCU expressed their sympathy for students, saying students are “understandably getting really annoyed at the disruption” and added that “most are directing that anger at the Vice-Chancellors, who are the ones with the power to end the strike.”

The spokesperson also said: “Nobody wants their education delivered by burned-out, over-worked, casually-employed staff. Nobody, apart from Uni bosses, think a 20% gender pay gap is acceptable. Students understand these issues, and see these injustices. Staff and students will be marching together through the streets of Cardiff this Thursday to send exactly this message to our Vice-Chancellor.”