Aberystwyth University Student’s Union have ruled to ban the cricket team from BUCS matches after a member of the club was seen sporting a shirt with the slogan “casual rape.”

The Union have expressed their disgust at the ‘tasteless’ attire and have slashed the club’s funding after the incident.

Union Activities Officer Liv Prewett said: “I am deeply disappointed and have openly expressed my disgust.” 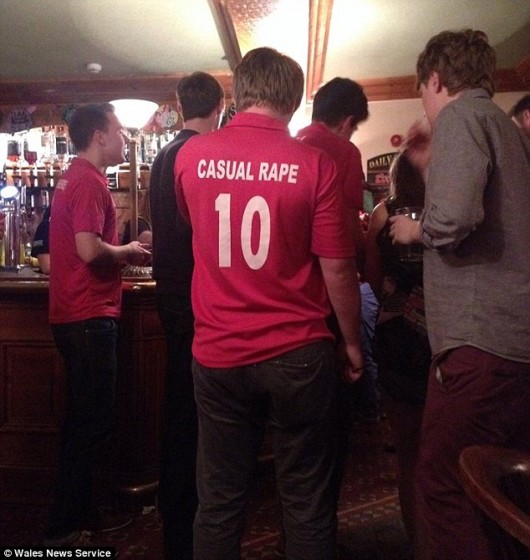 The shirt in question

Whilst the cricket club maintain that this was meant to be a joke, the Student Union has ruled the shirt to be “distasteful and completely unacceptable.”

One cricketer said: “People joked about it so we thought they may be seeing the funny side of it.”

The cricket club has since issued a statement. A spokesperson said: “We understand the severity of the situation and steps are being undertaken to ensure no further offence is caused. Nothing of this nature will happen again – any reference to rape in that manner is completely unacceptable and is not, nor will it be, condoned in the future.”