Tis’ the season to be jaded…

A must read! Christmas time through the eyes of a cynic…

Shakin’ Stevens once sang that if every day was Christmas it’d be a nice way to spend the year. He also sang about green alien cats visiting earth and forming a band. On both occasions, our boy Stevey was talking shit.

I’m what some might term a Christmas cynic, a group historically suppressed by the pro-Christmas bulk of society who each year bind our hands with tinsel and gag our mouths with a bauble, forcing us to ‘have fun’. Until now! Come all yee cynical, bellow “Bah, Humbug!” and join me as I speak out for Scrooges everywhere…

So then, just what is it about Christmas that bothers me so? The blind consumerism? Its debatable resonance with religion anymore? Nope, couldn’t give a shit. What I hate about Christmas is people.

Christmas is overrated, and while initially some of you may react like my twitter followers below, hear me out and hopefully I can unpick the stitches which bind this farcical festival and give you the best gift of all this Christmas – the warm glow of bitter cynicism. 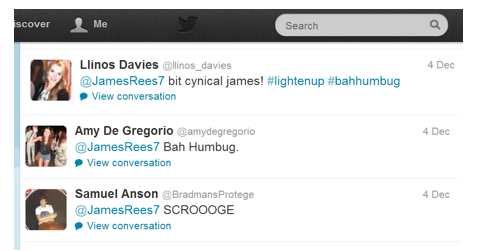 In tribute then to the carol ‘The Twelve Days of Christmas’ (which chirpily describes the presumably slave-trade purchases of milk-maids and pipe-players) here are twelve things guaranteed to really piss you off this Christmas.

(1) Chocolate-tin Piranhas –
Tis the season of generosity we are told, the exception apparently being the raiding of the Miniature Heroes tin where it’s every greedy feckless man for himself, ham-fistedly stuffing into his mouth four dairy milk caramels in a row. Not because we particularly feel like dairy milk caramel, but because they are the best ones and if you don’t scoff them first then someone else will. The result? A tin of just mini fudge bars and chomps left for the sorry sap who missed the initial feeding frenzy. Ahh the fudge and chomp bars, the Paul and Barry Chuckle of the Christmas tin. 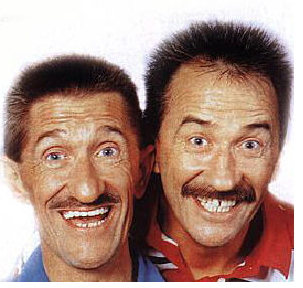 Above: The Chuckle Brothers AKA: Mini Fudge bars and Chomps of the chocolate world.

(2) “It’s Christmas!” –
The official slogan of this parade of fuckery, whether being screamed at us by Noddy Holder or sighed disappointedly by our mothers when we refuse to wear the travesty that is the Christmas cracker paper hat. It being Christmas is not a justification, what if it were national gun day? Would I then shoot you, Mum? Is that what you’d like? I’m not wearing the hat!

(3) Tree Photos on Facebook –
So, you’ve draped a tree in tacky shit to the point where it resembles a Las Vegas drag act and then posted the photos online to further its humiliation – awesome. If there’s one thing this planet needs in an energy crisis, it’s more decorative lighting in the living room.

(4) Christmas Jumpers –
Ahh the Christmas jumper, people lose their shit for Christmas jumpers. Admittedly, a home-knit one can look sweet on a young child or mildly embarrassed grandfather, but today’s highstreet strangles this sincerity by pumping out line after line of ‘edgy’ Christmas jumpers to be used by students in our constant battle to out-quirk each other. President Reagan wearing shades and a Santa hat – how festive. 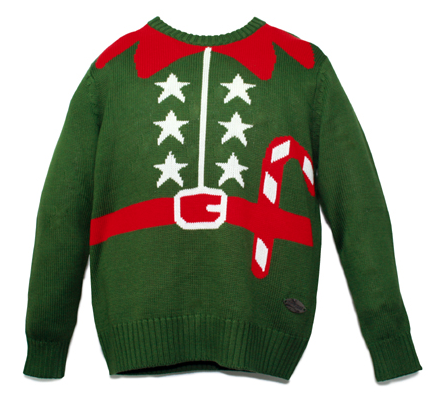 (6) Winter Wonder-why-we-even-came-in-the-first-place-Land –
“Shall we go to Winter Wonderland?” is a sentence never in history spoken by the male half of any relationship, ever. Overpriced food becomes acceptable since it is served on a stick and sold from olde worlde Bavarian-style huts (which I still cannot see the relevance of), you try your hand at ice skating only to realise yet another thing that everyone else is better than you at and if you go there without a date be prepared to feel more out of place than Nick Griffin at the Million Man March. All rides are two-seaters – enjoy the extra leg room while you sit alone looking the most pitiful man in Cardiff. 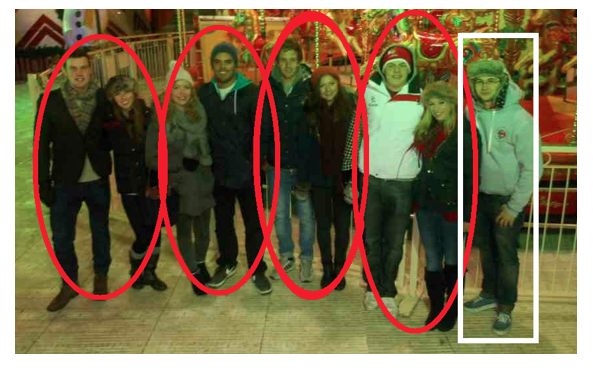 (7) Advent Calendars –
The hilarious twitter upload showing us all how you’ve fucked the system and eaten all your chocolates at once never gets old. Well done, I hope the diabetes is worth it. The advent calendar is seriously guilty of adding to the Christmas hysteria – a calendar with nothingness behind each door would be a much better idea, gradually preparing us for the inevitable anti-climax of Christmas day.

(8) Foodgasms –
The moans of approval during Christmas dinner are not only annoying but also slightly disturbing, considering their borderline sexual tones and the fact that most of those around you are direct blood relatives, though God help you if you express anything other than unadulterated ecstasy. Six years ago I said the potatoes were a bit salty and my Mum’s face contorted into a depiction of pure abhorrence, as if I had dropped my trousers and loudly farted all over the turkey. My Dad remained unusually restrained; a solitary vein twitching furiously in his temple. I probably owe my life to the frequent Barnado’s adverts on TV guilting him into not concussing me with the serving tray.

(9) Christmas Carollers –
Since nothing sinks a rusty blade through the stomach of our bank balance quite like Christmas, to offset the colossal financial haemorrhaging some clever (read: shameless) parents send their litter out onto the streets to knock on doors and beg for money. After much deliberation I decided against purchasing Mariah Carey’s ‘silent night’ on itunes for £0.80, only to be forced at song-point to hand over £5 for your child’s butchered and tone-deaf rendition – excellent.

(10) Crap Presents –
Same old story, you tell your face to say ‘this is great’ instead of ‘fuck is this?’ while you quietly ponder how best to photograph it for ebay. Prepare yet again to beam with joy at your ‘3 for £3’ plain black socks or novelty Christmas pants. ‘Santa’s package’ – how very appropriate, Mum. 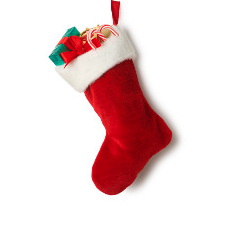 (11) House Lights –
Houses draped in Christmas lights aren’t just aesthetically pleasing, they also serve a valuable function – they are a scientifically proven way of assessing which of your neighbours have all the personality and charisma of dog shit. I stayed at a girlfriend’s once, her house and garden of course lit to fuck, and her parents genuinely proceeded to show me photos from their caravanning holiday in Torquay ’96. Sandals and socks were prevalent, good times were not. If owning a big car hints at a small penis, then a lit up house is a guaranteed indicator of just the worst kind of people. Avoid at all costs.

(12) …
There is no twelfth. In keeping with the spirit of Christmas it feels fitting that rather than ending on a crescendo, we reach the destination of our countdown only to find that it wasn’t worth the build up…