Meet Iona Rogan, who has “auditioned for anything with a pulse”

Are you missing the bubble? The Tab has you covered with the start of a new series of profiles on notable students from across Cambridge.

Accrington born and raised Iona, 18, daughter of Gayle and Jon, sister to Owen, and friend to all is a first-year student studying law at Peterhouse. A firm fixture about the ADC, Iona is notably for her copious thespy exploits.

How did you attain the position you hold?

Auditioned for anything with a pulse; I’m a whore for Camdram creds.

What do you consider your greatest achievement?

Being profiled for The Tab and also the inordinate amount of Crush/Queerbridges I raked in this term (my parents have, more than once, explicitly attributed this to my Doctor Whom costume). 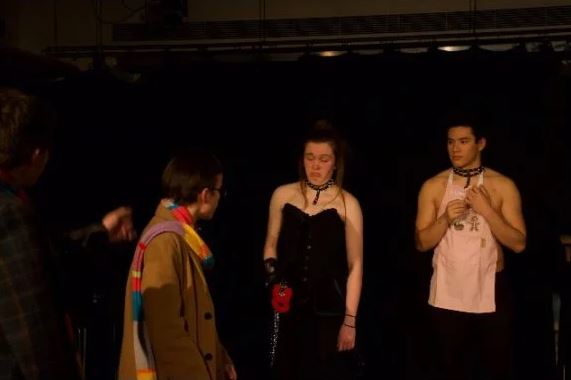 What has been your biggest disappointment?

My mother’s photography skills. They honestly speak for themselves; evidence enclosed. Countless priceless memories lost to the sands of time through Gayle’s slippery grasp of the lens. 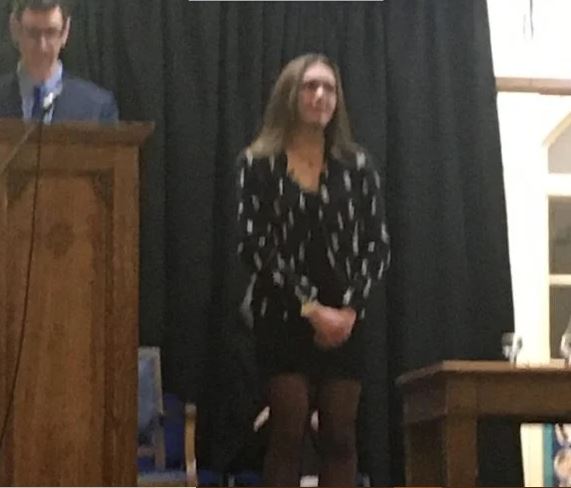 When were you happiest?

What was your most embarrassing moment?

This is a SAGA;  apologies both to those who have already been subjected to this, and those who are yet to hear it relayed on Graham Norton’s sofa. It is  2014, summertime, and I’m riding high on my absolutely *chef’s kiss* end-of-year report. The baddest bitches in the school are all on a lads’ tour of East Coast USA, and the final stop is Washington DC. We get the choice of having the full day in the Smithsonian, or having a few hours at the mall first; 13-year-old Iona was still very firmly in her ‘I’m not like other girls :))’ stage, so cut to THE MUSEUM! OF NATURAL HISTORY! Bit of background: Rogeybear, all-round geezer, has been dared to spend the day in a Russian accent and, ever a good sport, has obliged with zest. We’re in the lift  and I’m chatting away to my mate in this top-notch Russian accent like the absolute quirky bastard I am, “We go to the second floor, yes?”. I am tapped on the shoulder with three slow, deliberate pulses. Time stopped. I spun around, and found myself face-to-face with what I can only describe as the family of every government health initiative’s wet dreams. They were beautiful. Athletic. Chiselled. And RUSSIAN. I started to pale as I was blabbered at with what I can only presume was an eloquent and beautifully structured proposition from one fluent Russian to another. I stood, mouth agape, and started to dizzy with absolute horror until I heard the *ding* of the lift doors releasing me from their clinical confines, screamed “NYET” without any pretence of charisma, and bolted out the door.

Who would play you in the film of your life?

I’m obliged to make a shortlist here really so:

What did you want to be when you were growing up?

It was a bus driver until I was dumped in drama school to solve my crippling shyness. You can guess what it was from that day onwards. I’ve got a photo of 10-year-old me trotting around London wearing a t-shirt plastered with “MAKE ME A STAR” so really 12 years of training has made me into a shameless networker! My parents are enablers!

To whom would you most like to say sorry, and why?

My brother. Not that deep, it’s just that he’s a year and sixteen days younger than me so not only does he not get enough Vitamin D (he lives in my shadow, poor bastard), but he has to deal with me trying frantically and failing spectacularly to establish the power dynamic of me being the older sister. My parents tried to replicate perfection, but I was very clearly a fluke. 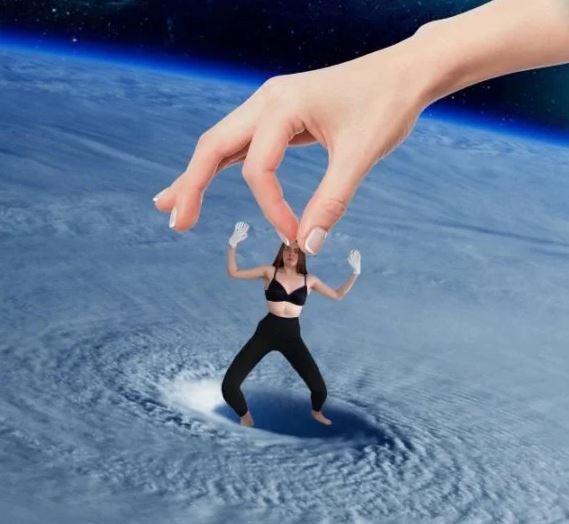 Iona Rogan, the fluke herself

When did you last cry, and why?

Externally? Cymbeline: The Musical, lmao, could I GET anymore on-brand?

What single thing would improve the quality of your life?

Time. I never really believed anyone who said it was a precious commodity until I came to Cam, and realised that it quite genuinely rules my existence. I’m forced to triage commitments in order of my own perception of their pertinence and importance, and I find myself pressured to make my experience seem worth something. I think, without the confines of my time here (Cambridge, Earth, whatever) being so fleeting, I could stop and really think about what it is that I want to achieve and how I want to get there and start to enjoy the journey for what it is.

That and a role on actual Doctor Who (sorry Whom babies but tell me that you can’t see me popping up from the TARDIS’ console with a mischievous glint in my eye, telling of a thirst for adventure not quelled by my aeons of tragedy). 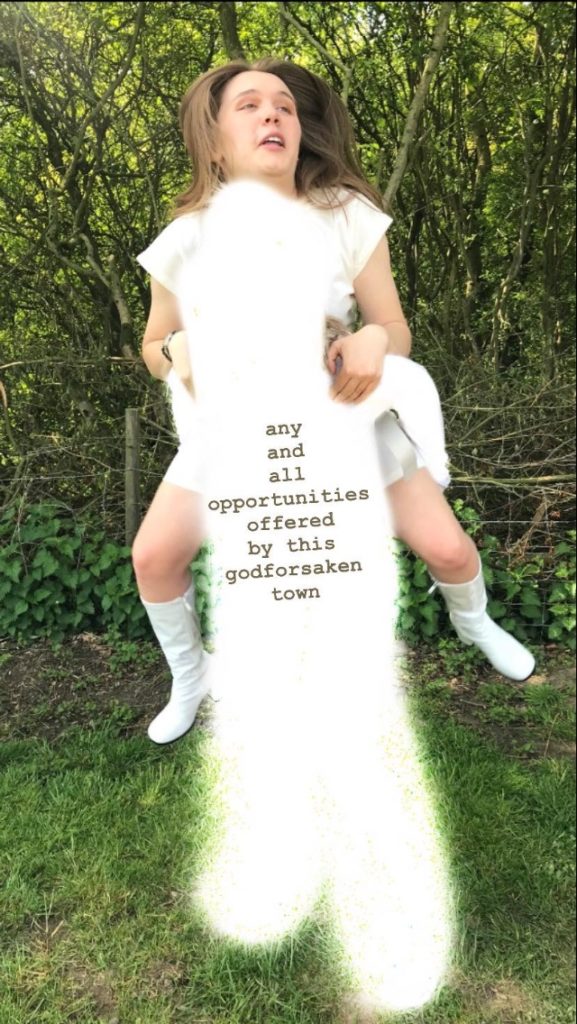 What is your greatest fear?

Spiders. Slippery dicks. (I feel I should clarify that I’m calling the spiders slippery dicks, I’m not stating a secondary, oddly niche, fear.)

What was the best kiss of your life?

Nah my real ones who saw Doctor Whom on any night but opening know EXACTLY what I’m talking about. Big up Matt for that CHOREO, baby! The best kisses are heavily choreographed and intimacy directed within an inch of their life, in my humble opinion. 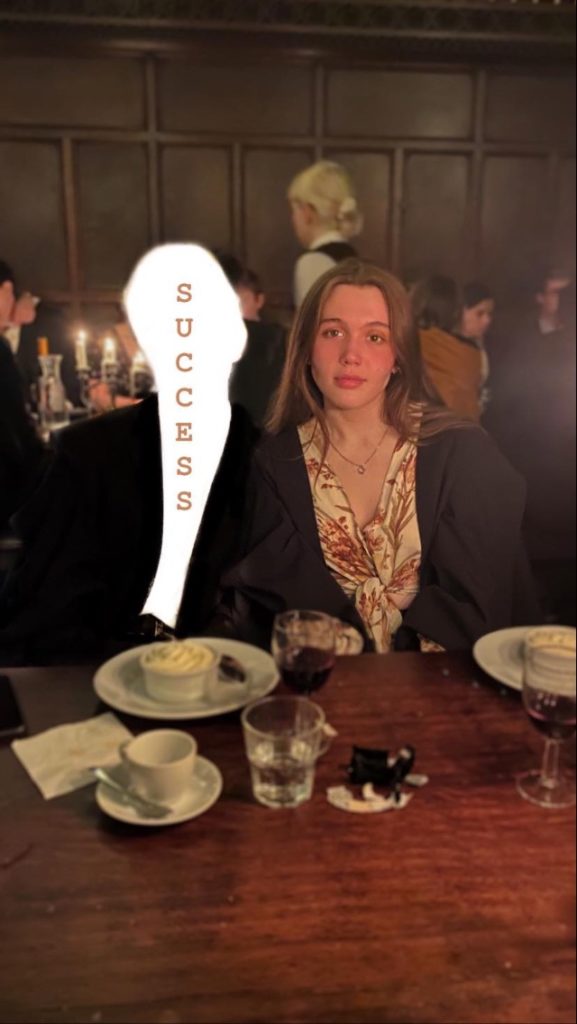 What is the trait you most deplore in yourself?

My need for validation. I try way too hard to please, and I’m so terrified of fading into obscurity that I’ll do anything (see: Cambridge Theatre) to get a pat on the back and an “I saw you in _____! Good job!” Serious small dick energy to be honest, which is the opposite of the aesthetic I’ve so meticulously cultivated.

What is the trait you most deplore in others?

What is the worst thing anyone’s said to you?

My A-Level drama teacher stood before the class with a lovely, genuine life-coaching speech, and in a tone of sincerity that I truly cannot hope to replicate, uttered, “it takes great skill and courage, exemplified by Iona, to be so ugly on stage.”

What has been your closest brush with the law?

My two terms of studying it have proven far too close for comfort than I would prefer. Seven more to go, baby!

What is the closest you’ve ever come to death?

Gayle dropped me on my head three times when I was a baby, ledge that she is. It’s a Rogan household meme that this was probably the source of me getting into Cam because permanent neurological damage to your (already vulnerable) premature infant is prime wholesome humour for all the family! (After reading this out to the Rogeybear Clan, Jon piped up, “no, the third time was when you almost suffocated in your blanket”, to be met with cries of uproar at the potential tarnishing of our otherwise exalted reputation.) 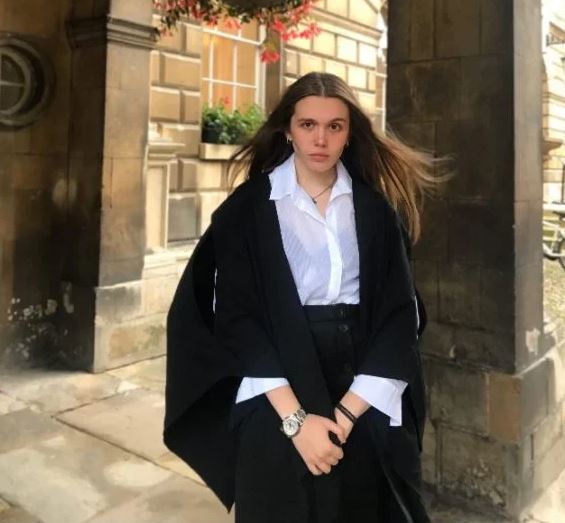 The next notable student to be profiled is Temiloluwa Onilogbo.

All photo credits to Iona Rogan unless otherwise stated.