Funeral for a Cedar tree at Downing

This is some wholesome content. On Valentine’s Day, a short event was held to ‘lament its passing’, with words and songs by students. All were welcome. 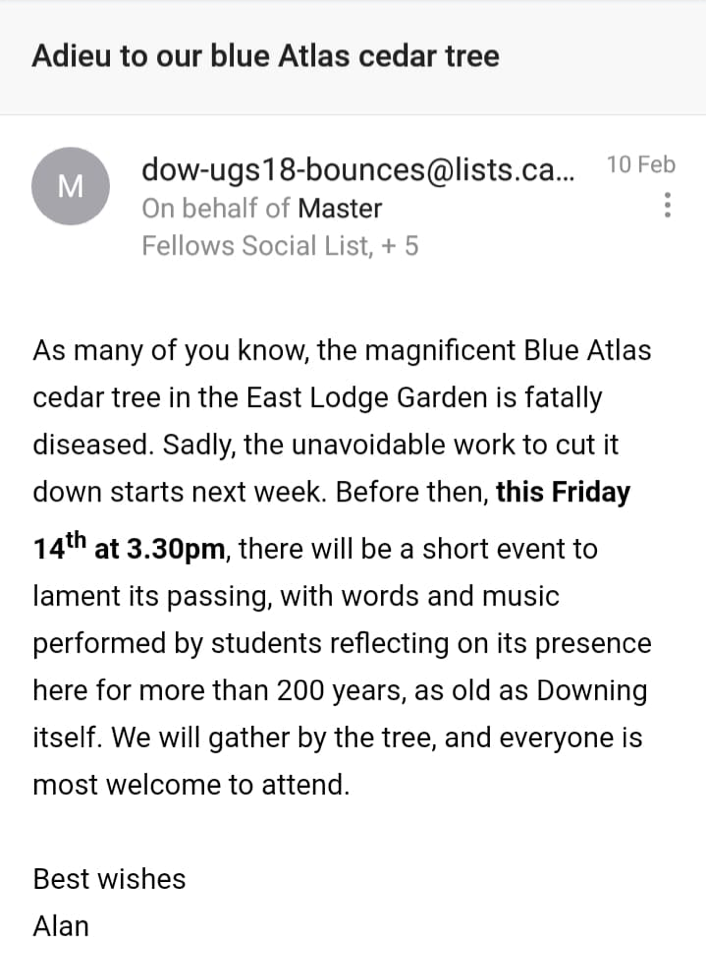 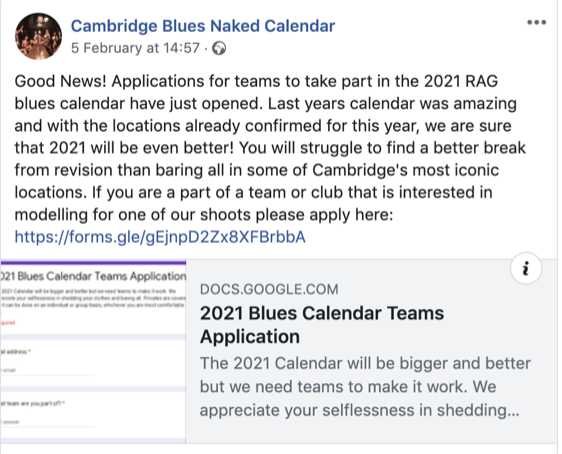 Applications have opened for teams and clubs to take part in a shoot for the Cambridge Blues Naked Calendar ‘in some of Cambridge’s most iconic locations.’ But some colleges, such as Downing, have refused to provide a platform for such raunchy photo shoots, even though it’s all in the name of charity…

Cambridge students have come to resemble something of an army of puffers. We are easily identifiable in the streets by these jackets, distinguishable from college to college only by the small embroidered college crests. It’s an epidemic. And even though we all look the same, EVERYONE wants one.

Geographers heaved a collective sigh of relief when they were informed there won’t be any material in their final exams next term based on missed lectures due to the recent strikes.

Order and civility at Catz’s marriage formal broke down when the night culminated in food fights. But on a more wholesome note, they also pennied each other with love heart confetti after being told pennying was prohibited at formals.