On Monday, Extinction Rebellion (XR) members destroyed part of the lawn at Trinity College to protest the College’s plans for Innocence Farm in Suffolk, which it owns.

Trinity had reportedly planned to sell off this farmland in order to develop a lorry park on the site, although this scheme was rejected.

One protester, Charlotte, explained: "We wish to put pressure on Trinity College specifically as one of the largest investors in the fossil fuel industry".

XR criticises that Trinity takes offence to the digging up of its lawn whilst planning its lorry park development on the site of Innocence farm.

The XR activists then dumped some of this soil in the Barclay's bank branch on St Andrew's Street. 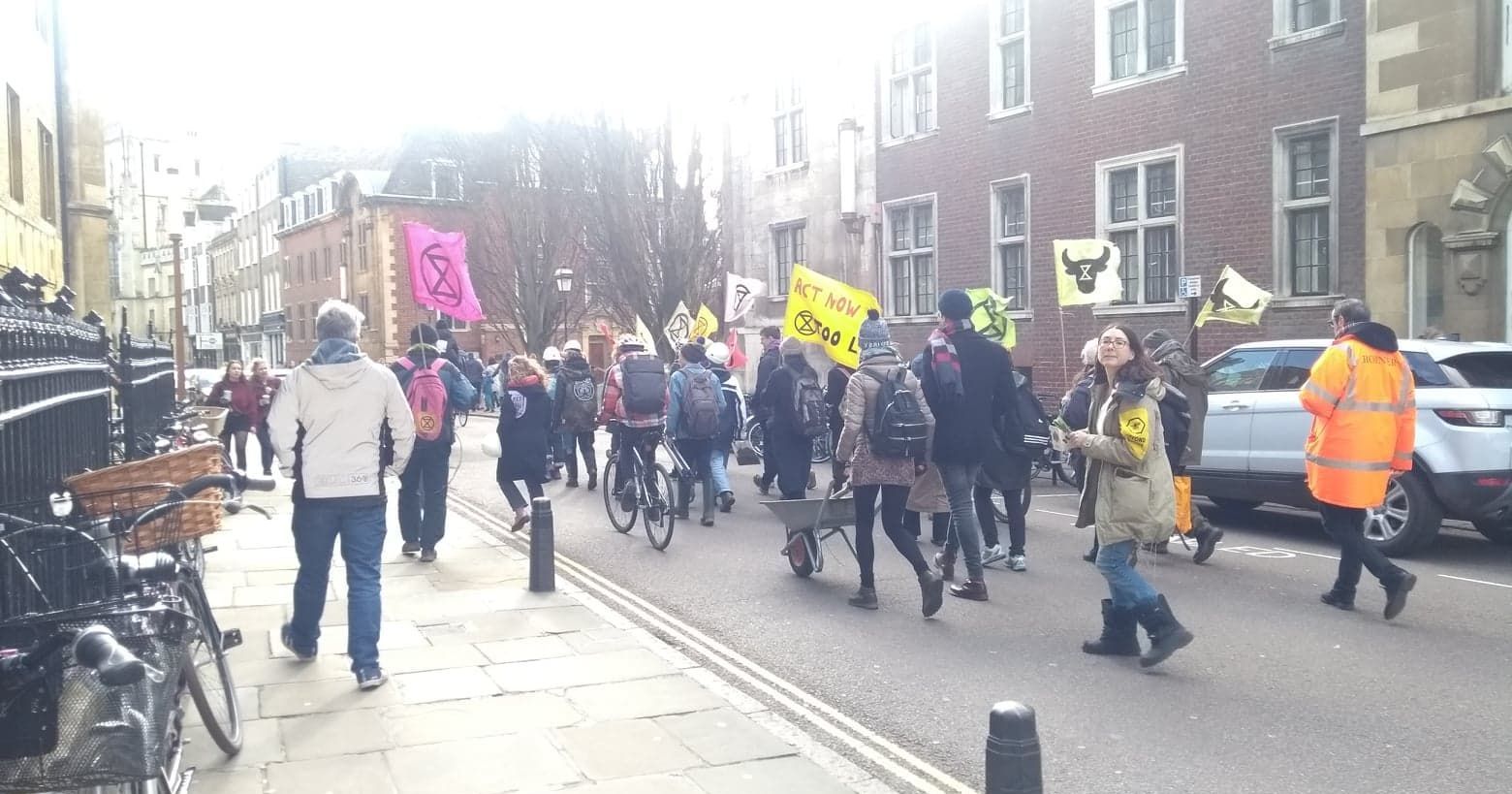 Two of the individuals who have been arrested are suspected of obstructing a police order. According to police, Trinity College is assisting with the investigation.

Cambridge has seen a wave of XR action since Sunday, when its members set up a road blockade planned to remain in place until 23 February.

The group is calling for Cambridge University to fully divest from fossil fuel companies and for a green energy-based public transport system. It also seeks a "citizens’ assembly on climate justice."

Investigations continue whilst the seven individuals are held in custody.