Standing in the packed ADC bar before the 24 Hour Musical, you didn’t exactly need 2020 vision to tell what sort of a show it was going to be. The audience were fairly merry already, and clearly up for a good time, and we certainly weren’t disappointed.

The opening number was suitably exuberant and catchy, launching us into the wild atmosphere of a New Year's Eve party straight away. ‘Party on!’ they said. And party on we did – with all of the large cast onstage at once, it felt as if the audience was just an extension of the celebrations (antics might be a better word) happening in front of us. This was especially true given the enthusiastic audience participation which was heartily encouraged (and indulged in) throughout. 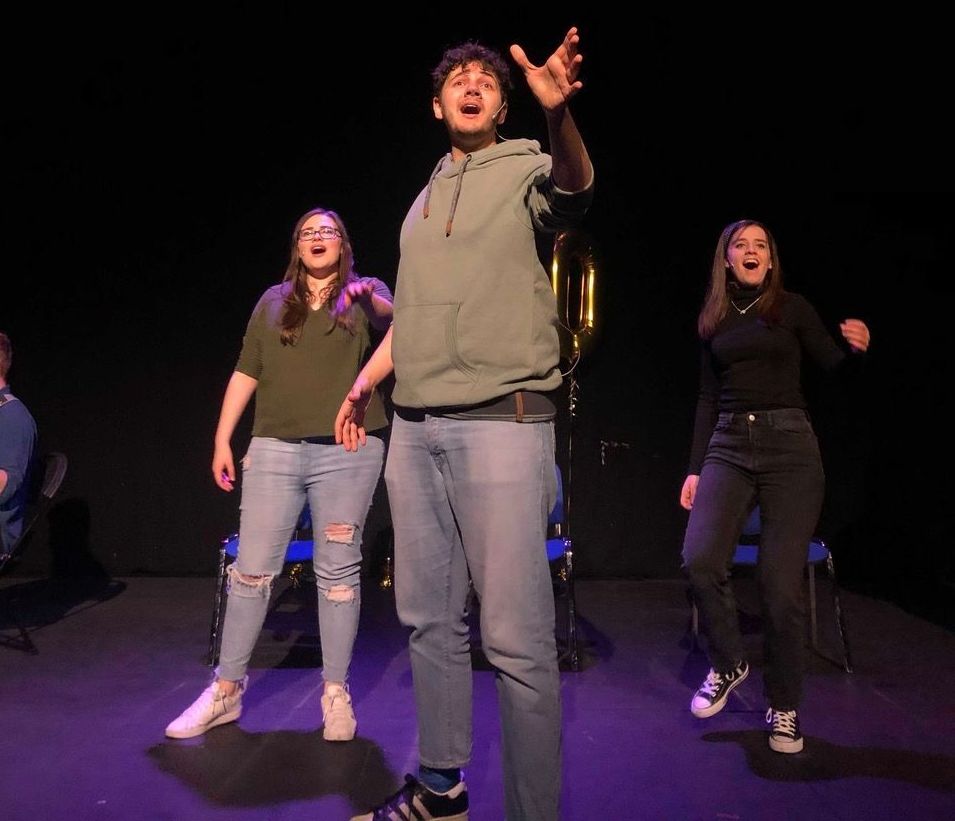 Apparently they did have time for some rehearsals. (Photo credit: Belle Dileto)

The simple but effective staging and tech enabled the cast to whisk us quickly through a remarkably varied range of sketch-like tunes, playing on New Year's tropes like resolutions and kisses, and introducing new ideas to brilliant effect, Tom Baarda’s absurd fondling of a box of fireworks being a particular highlight. In some of the songs, more words were forgotten than remembered, but that was all part of the fun. Indeed, this only served to prove the versatile skills of both band and singers, neither of whom missed a beat, and always managed to get a laugh out of the mistake. Really, of course, it’s impressive that they remember any of the words at all, and it wouldn’t be the same without the errors.

Speaking of lyrics, there was some fantastic writing throughout, but the standout line of the show has to be ‘we’re the sober people – that means we’re not drinking’. One of the most impressive songs was from the fireworks, which managed to defer the expected punchline for so long, and with so many red herrings on the way, that we couldn’t stop laughing when it finally came. What a banger. The ‘We Love to See It’ song was another firm favourite with the audience, as was the rendition of Auld Lang Syne (which sounds slightly bizarre in retrospect, but was actually wholly in keeping with the performance). 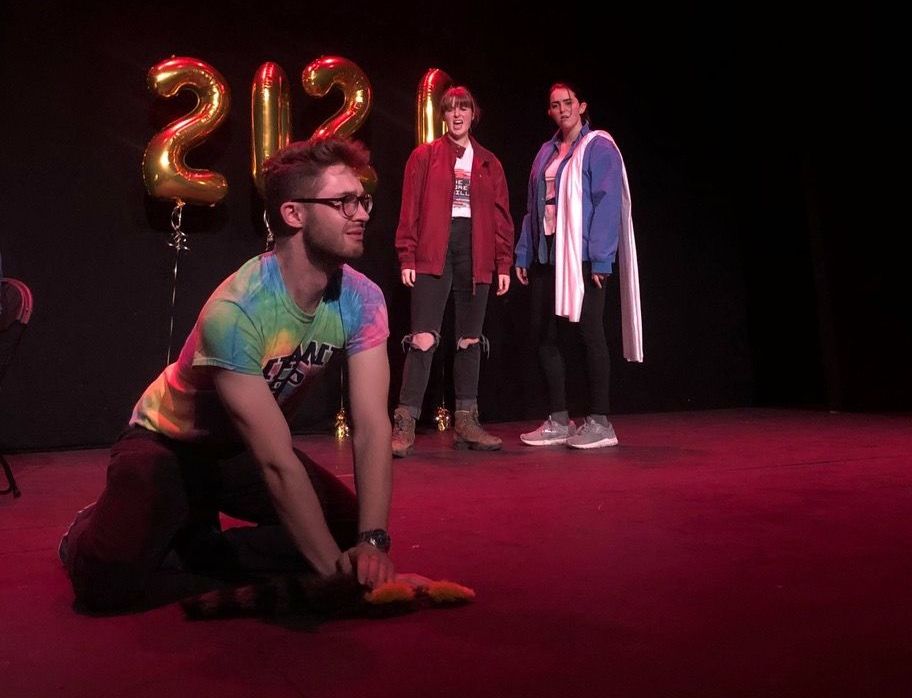 We did, indeed, love to see it. (Photo credit: Belle Dileto)

The passage of time is usually a sober and thought-provoking topic, and perhaps it might be said that this musical searchingly explored the modern societal anxieties around self-improvement, romantic and sexual love, ageing, and image, experimenting with the constraints of time in order to speak more accurately to the impact of our limited time on this earth. But I’m not going to say that, because the most important thing was the knockabout silliness. No, there wasn’t anything you could really describe as a plot, and no, there weren’t any searing witticisms or revolutionary jokes, and yes, this review is probably approaching the length of the script, but that’s very much the point. It was nice to see the highly capable members of CUMTS testing their abilities in this way, and judging by the excitement (some less charitable critics might say rowdiness) of the audience, they passed with flying colours.

If you didn’t get to see it, unfortunately you never will, but watch out for the next one. It may not exactly be caviar to the general, but the atmosphere is absolutely unbeatable, and in the cold, dark evenings of Lent Term, don’t we all just need a bit of a laugh?