In pictures: the Cambridge UCU strike

“We need the Vice-Chancellor to act, to say something”

Industrial action is taking place in Cambridge until the end of the academic term (4th December) as a result of unsustainable workloads, pension changes, a 19.6% gender pay gap, and a 20% pay cut since 2009.

One History Faculty lecturer told us that he supports the strike because "the workload has become unmanageable, and this is detrimental to students, staff, and the quality of education". Another academic said with a sigh, "in 2018, we didn't expect to be back here, but we're here to hold our universities to account".

From Sidgwick protesters to Billy Bragg, scroll below to see the strike in pictures. 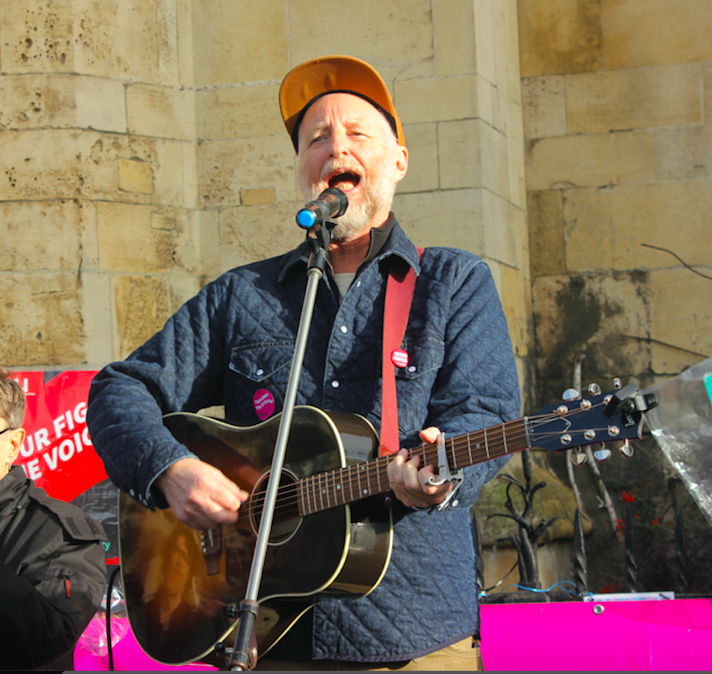 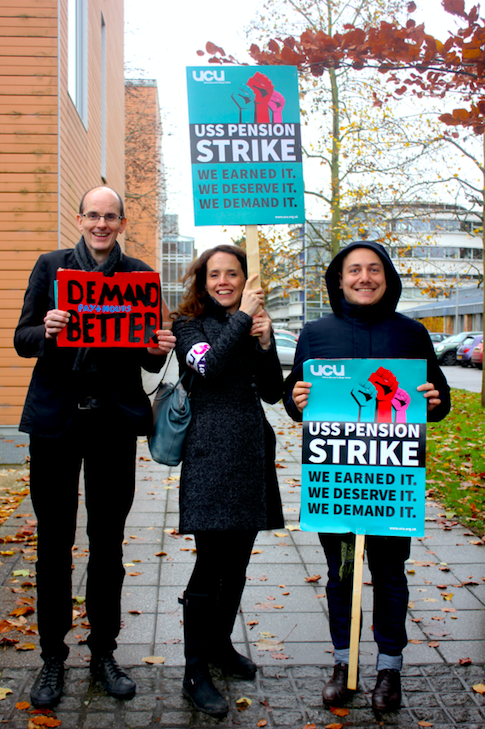 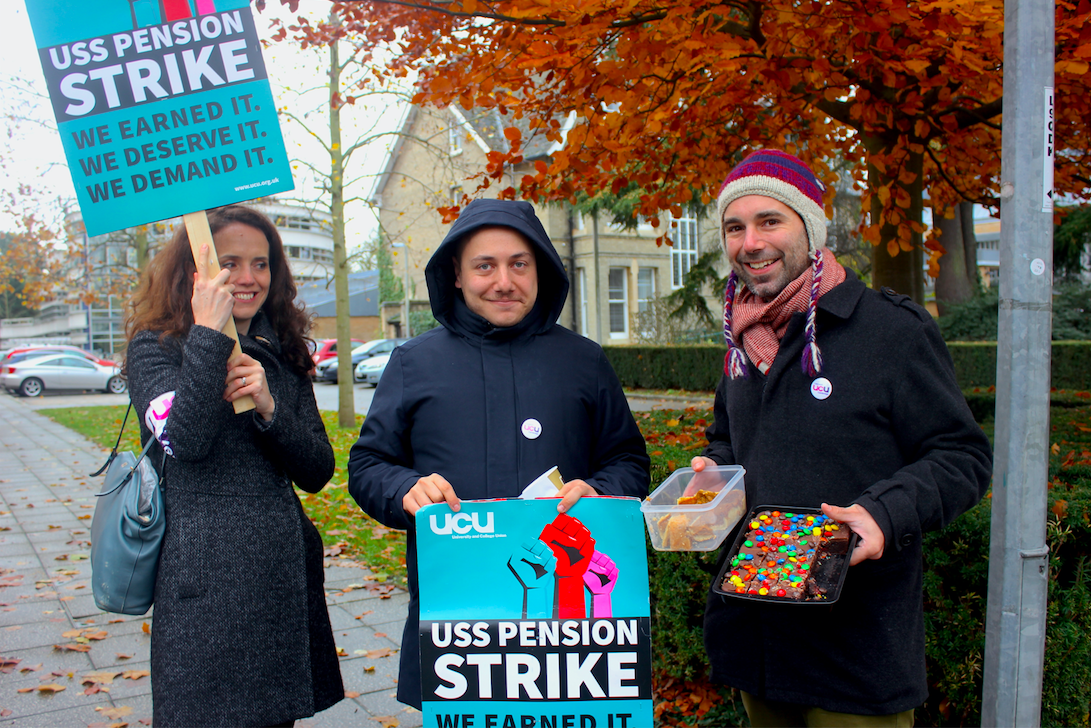 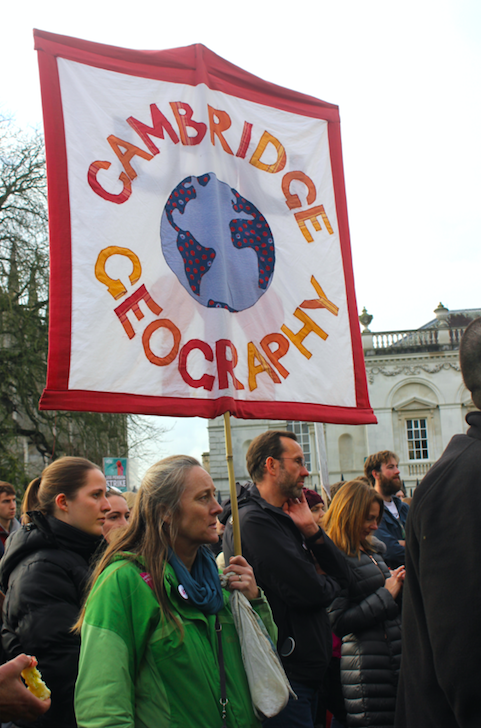 A member of the Geography Faculty in solidarity with the strike 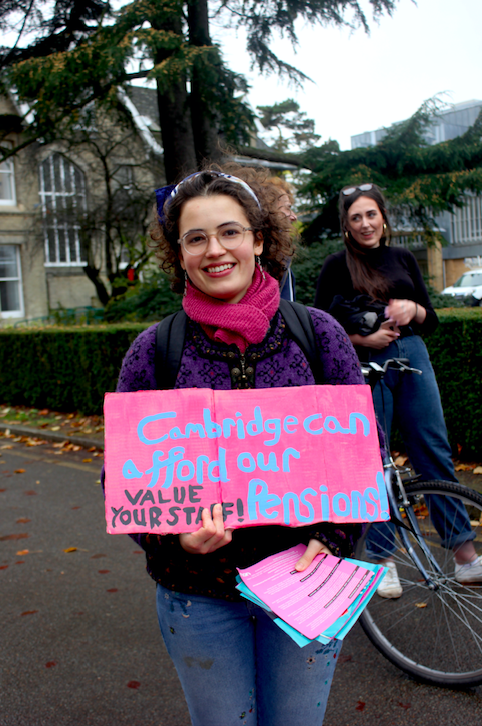 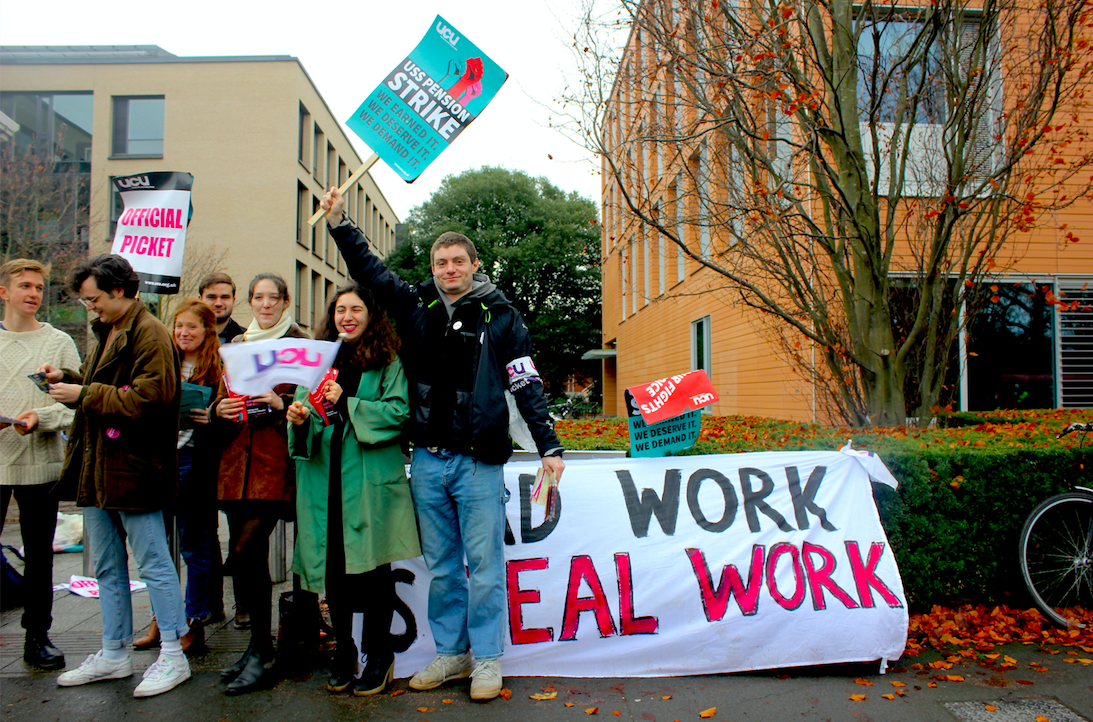 A graduate student protests with other academics at Sidgwick Site 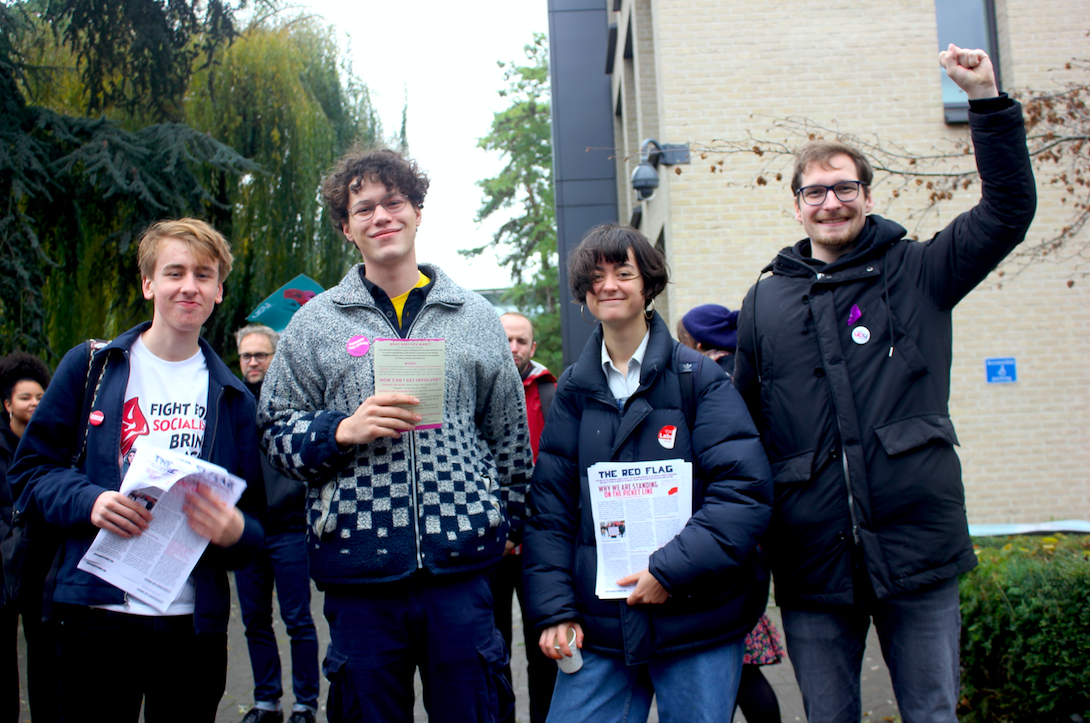 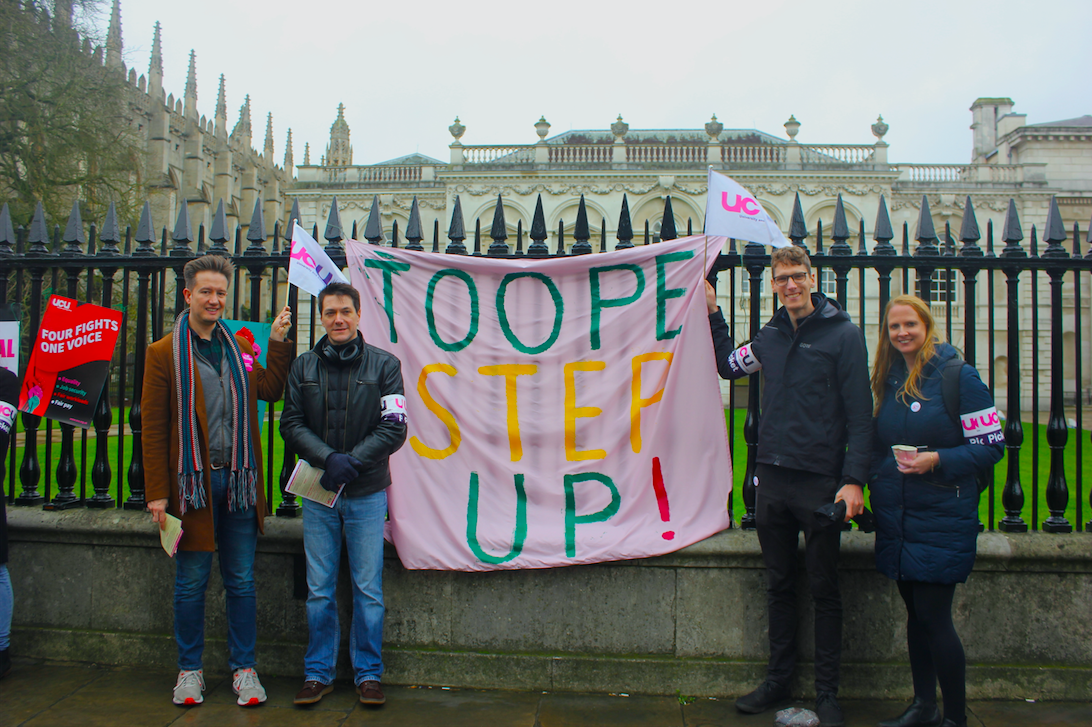 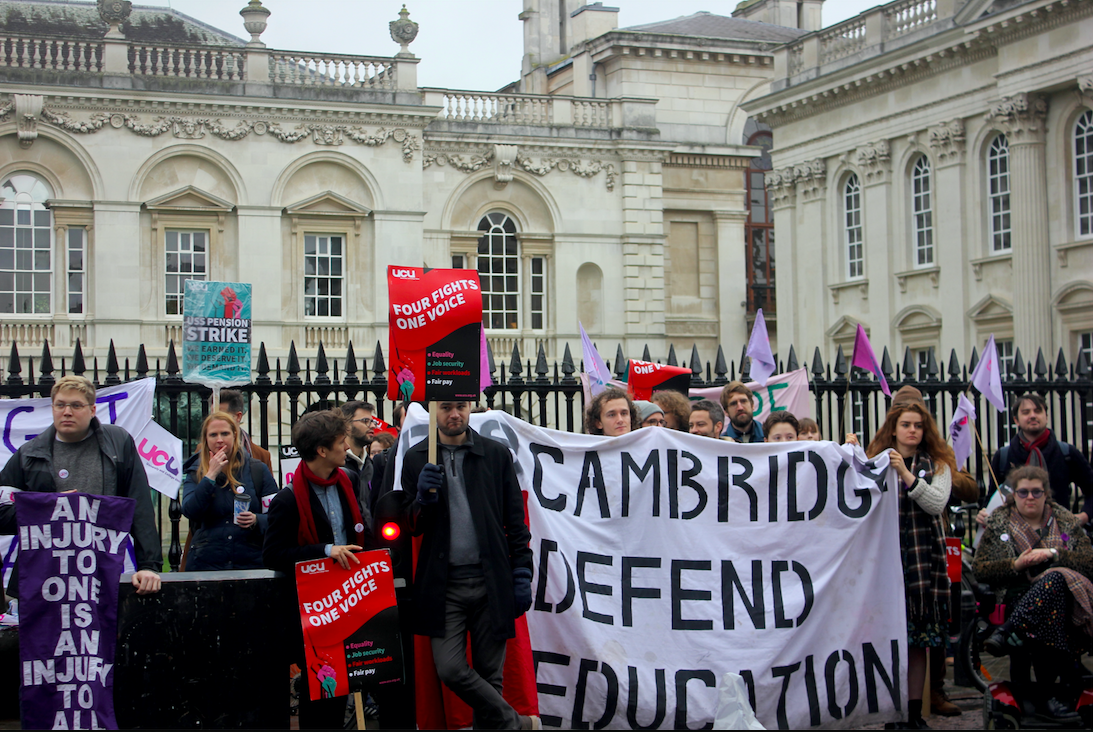 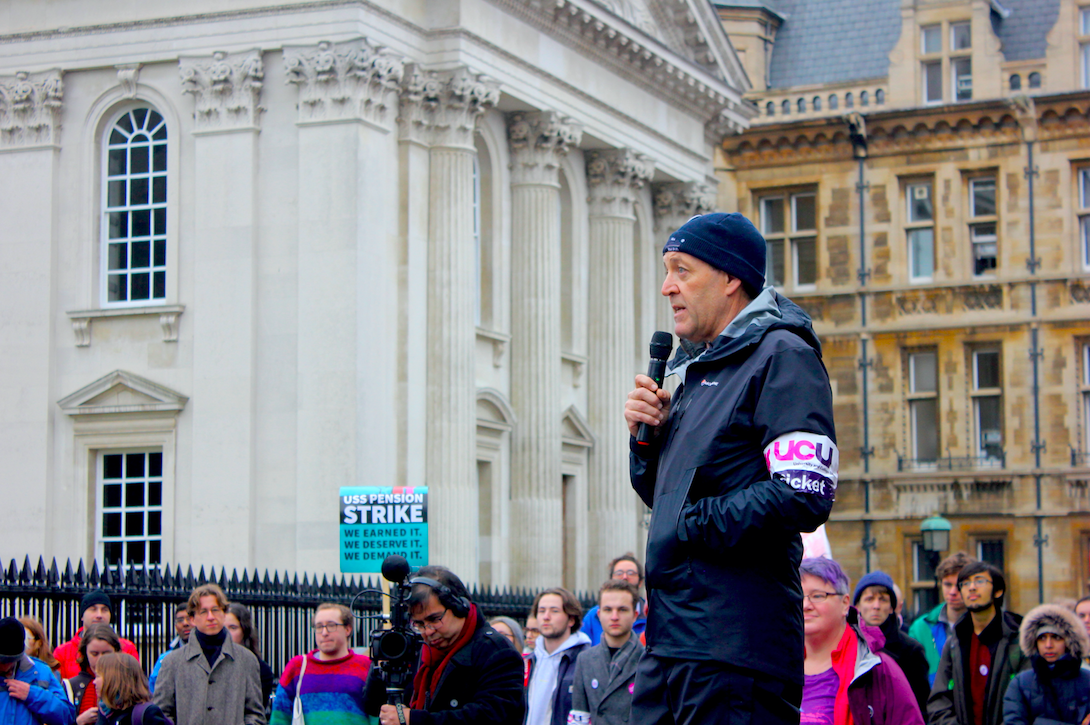 A UCU picketer speaking to crowds outside Senate House 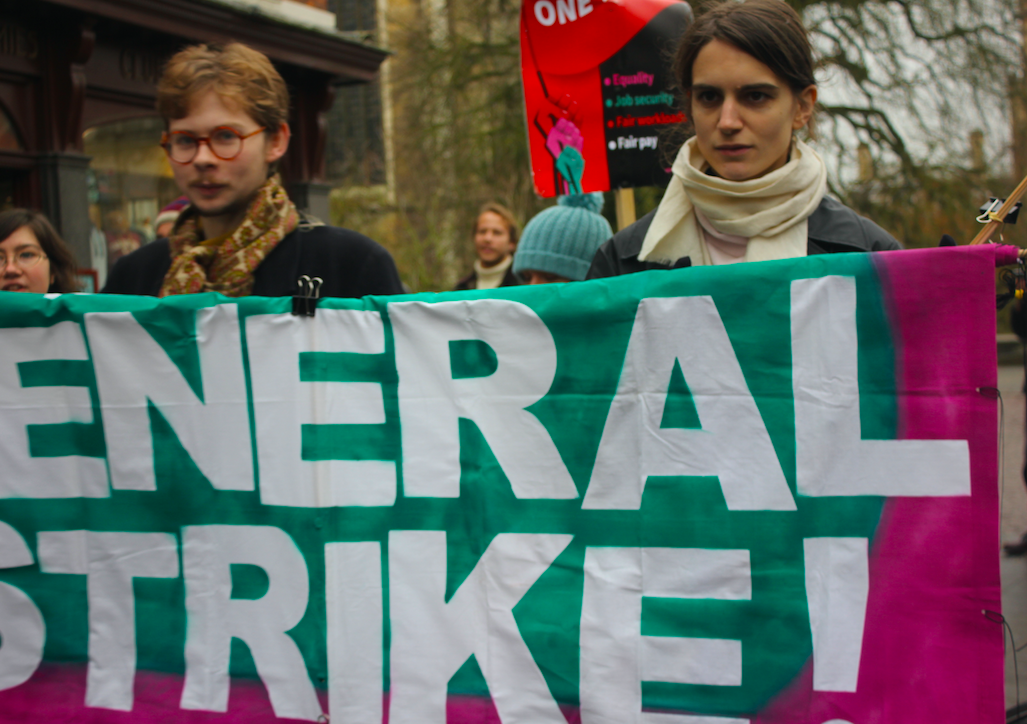 A protester striking for the future on Downing Street 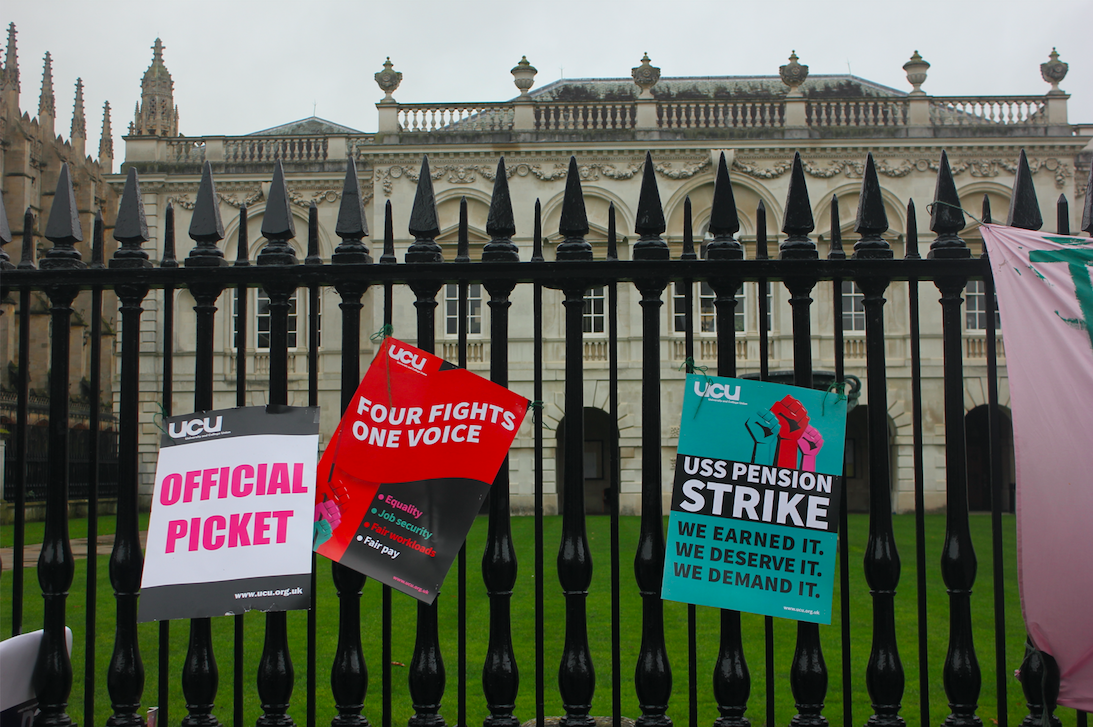 "We earned it, we deserve it, we demand it." 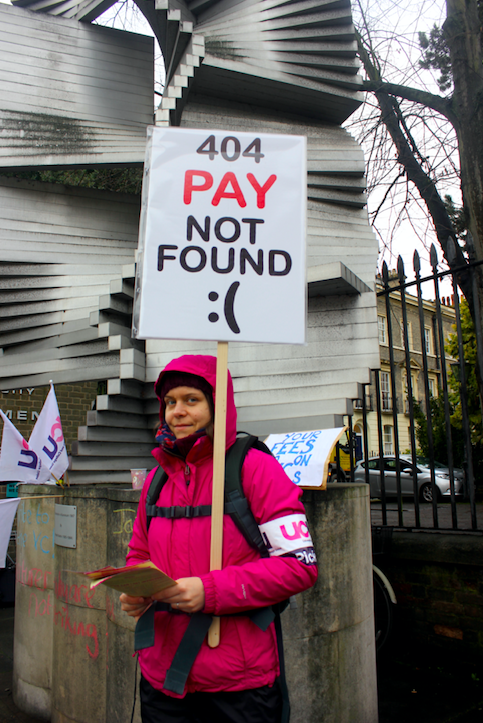 All photos the author's own