The hour was introduced by the JCR midway through Michaelmas

Protest at Girton has been sparked by the introduction of an exclusive hour at the College gym for students identifying as female or non-binary.

On Wednesday 30th January posters associated with the hour were defaced. The terms "women/non-binary" and "men" were crossed out in favour of the term "everyone". Girtonians additionally reported a male student waiting outside the gym during the allotted period.

The hour was initiated by the JCR Women's Officer, with College Council support. 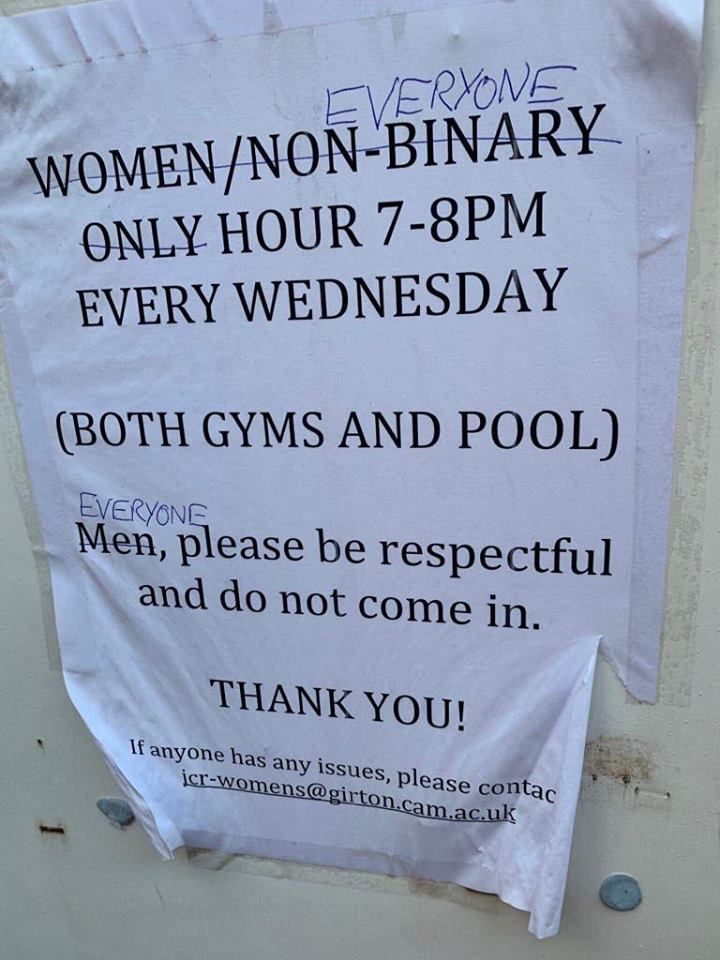 In response to the backlash, Girton's Senior Tutor emailed students emphasising the College's support of the JCR's scheme and the need to channel their dissent through the "appropriate channel".

The College has supported the scheme despite the protests

The JCR, when asked for comment, replied: "The JCR… unanimously supports the women/non-binary gym and pool hour initiative…We as the Girton JCR will not tolerate acts of vandalism of any sort, especially those which aim to disrespect provisions for marginalised groups."

On Facebook, however, the conflict has only intensified. Following a post by the JCR Women's Officer, some Girton students questioned whether the woman and non-binary hour was an appropriate response to students' needs. 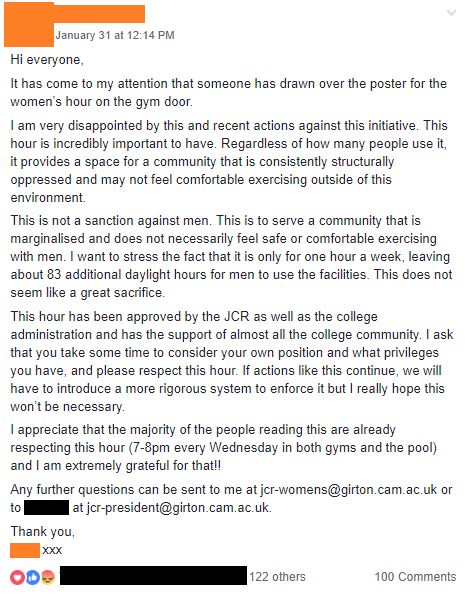 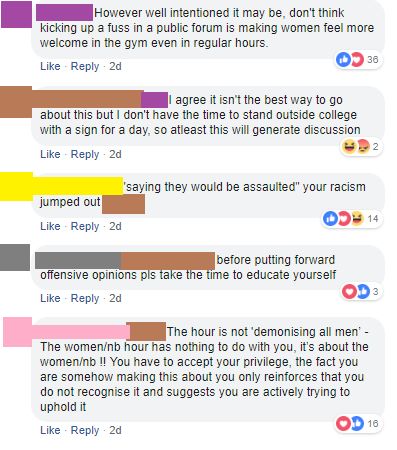 Heated arguments followed on the basis of the hour

While some students tried to see the funny side

The most vocal opponents have used Facebook to clarify their position on the matter. 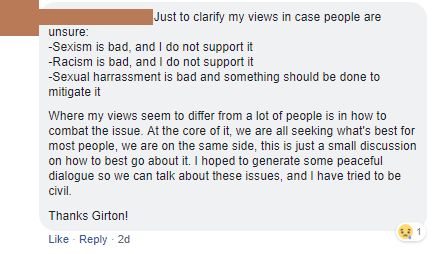 With the backing of the College's Senior Tutor, the woman and non-binary hour is not on course to be repealed. Nonetheless, tension regarding whether it is an appropriate means of addressing student needs continues.