The students at Trinity seem to be repeatedly blessed with hilarious emails – this week's gem was complaining about the vomit and faeces in undergraduate communal areas.

According to the email, TSCU was charged £600 for 30 incidents last year: "Most distressing were the five separate incidents of faeces being found in college". 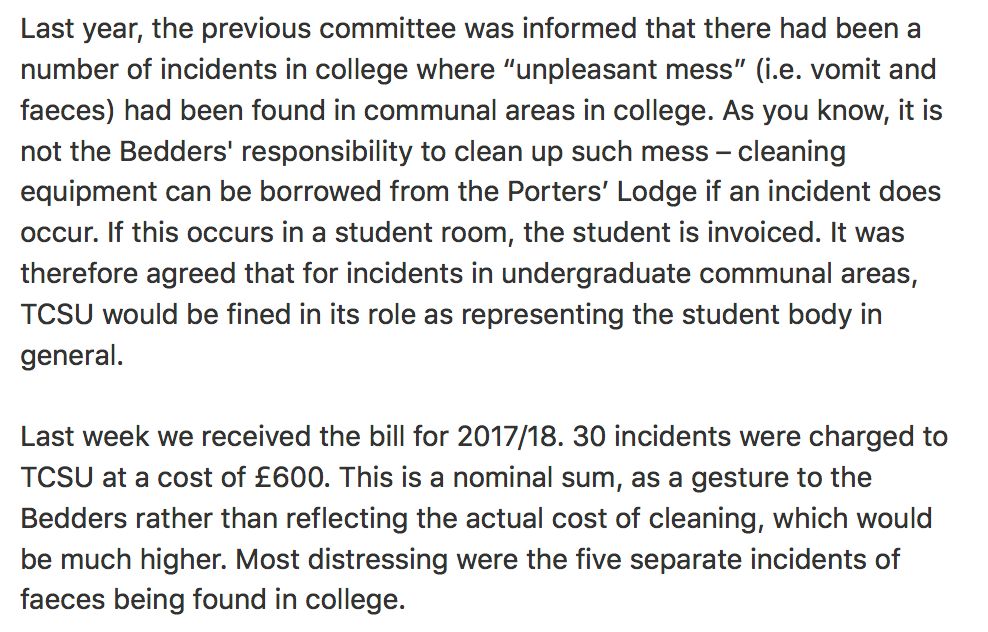 I mean come on

A bop at Queen's college was cancelled as it was happening because two of the five bouncers' cars broke down.

Evidently Queen's events are so rowdy that three bouncers just won't do. 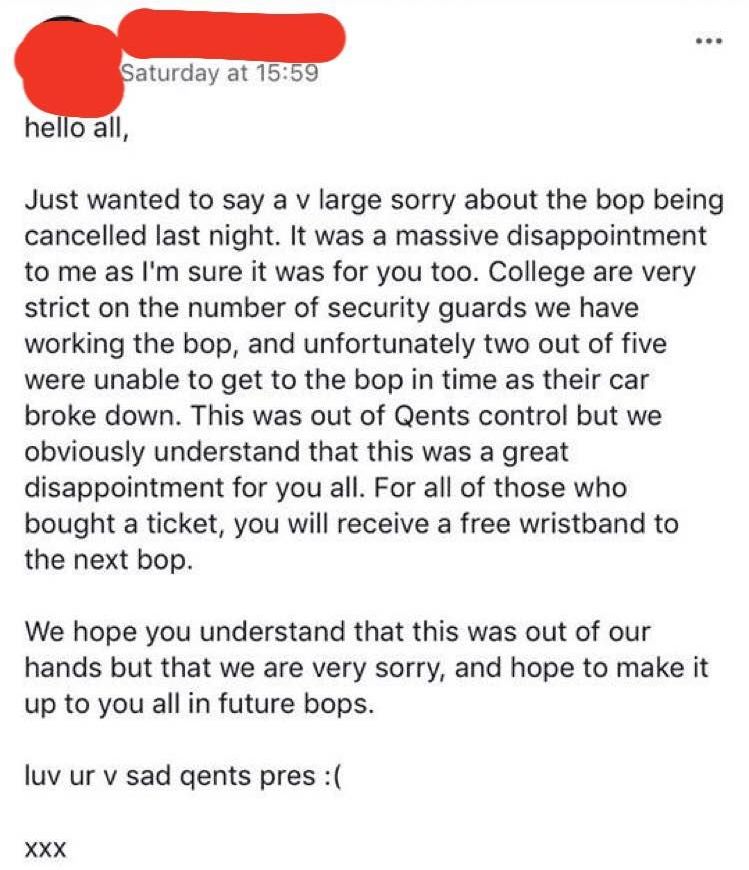 The theme was shit shirts (lol, do you get the theme?)

Some colleges, including Emma and Catz, have taken a step towards more direct democracy. JCRs have begun using anonymous online polls to gauge student opinion before voting in CUSU meetings.

In a welcome attempt to better represent their members, a number of JCRs are voting for or against CUSU motions based on the will of the student body.

Never the sort to shy away from taking the piss out of ourselves, here is this week's instalment of spicy Tab news.

One of the Tab Deputy Editors lay his inner thoughts bare on the group chat earlier this week. He mistyped "me and daddy are running late" instead of "Daisy".

Freudian slip or autocorrect? The jury is still out. 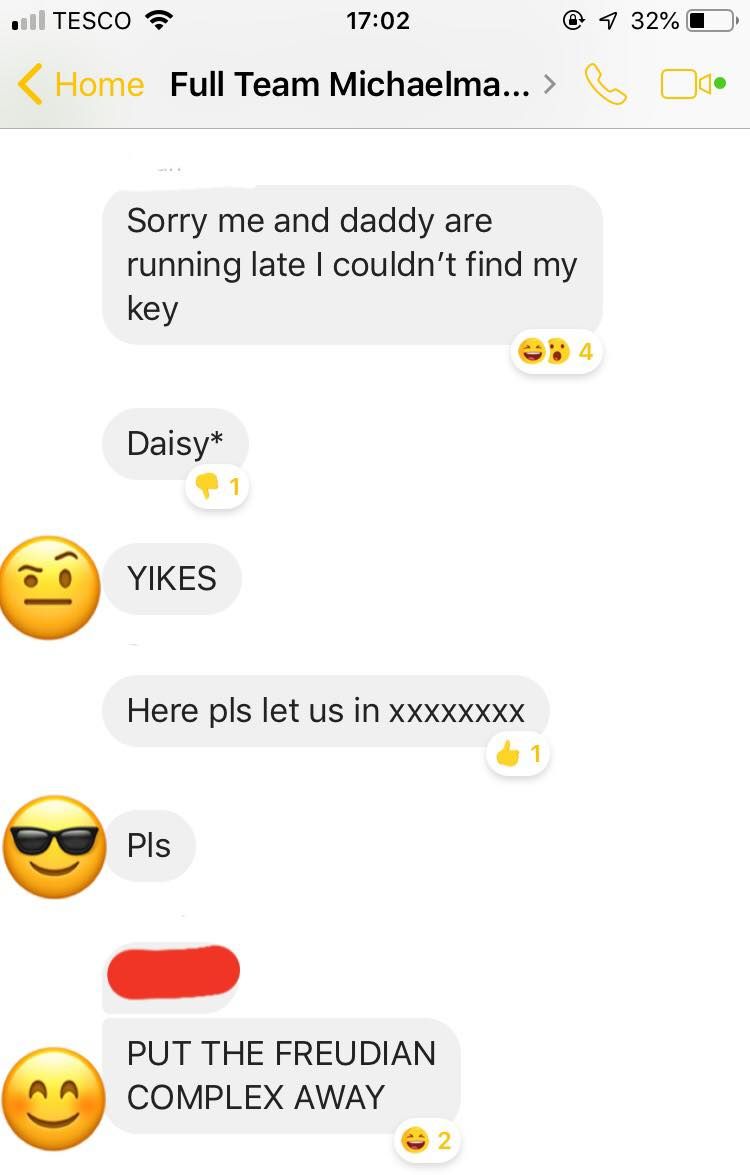 Emma students are conducting a consultation about their bedders. A number of complaints have been made about insensitive bedders, speculating and commenting about students' sex lives and making inappropriate comments.

A if the already-overcrowded collection of Cambridge Facebook pages wasn't enough, a new meme page has come to the fore. Reviewbridge joins Crushbridge, Membridge, and Camfess (among many, many more) to fill up our newsfeeds and enable our social media procrastination. Its purpose is to allow students to anonymously review anything and everything.

Reviewbridge was immediately seized upon to express the faecal vibes of Michaelmas week – an "actually quite impressive" (s)hatrick was rated 8/10. I'm so glad this sort of quality content is now available.

That's it for this week – stay tuned for the week 5 gossip. If you missed any of the other news columns, you can find them here: Week 1, week 2, week 3