And what a year for news it really has been

Another year, another twelve months of drama. And I'm not referring to Theresa May's disastrous election, the Catalonia crisis or Kendall Jenner's awful Pepsi commercial. For once perhaps, the Cambridge bubble has mirrored the outside world, and things have been pretty eventful both within and without.

So in case you've been living under a rock, or actually concentrating on doing your degree and have missed out, never fear, here's your chance to catch up on all things newsworthy now. From monetary combustion to curricular discrimination, let's proceed on a tour of all you need to know – or, if you want to test yourself, take part in our Tab 2017 News Quiz first.

1: Cambridge student tries to burn a £20 note in front of a homeless man 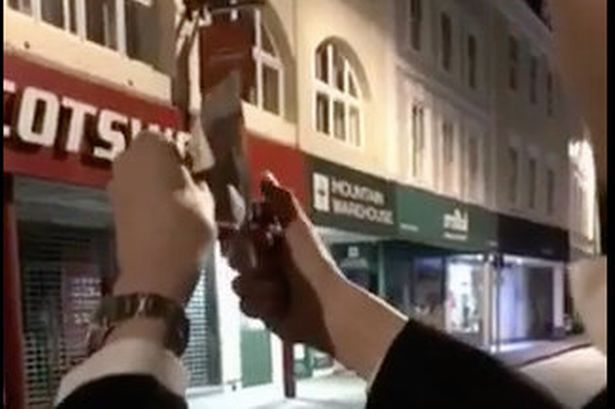 If you haven't heard of this story, have you really even been in Cambridge? As the news was broken (by the Tab Cambridge, this venerable news outlet) of the actions of the student, as caught on a Snapchat video whilst coming back from a Pembroke college family formal, it spread like wildfire across the university. As if matters could get any worse, he was wearing white tie. Once again, Cambridge was thrown into the spotlight with its students being branded as privileged, excessive, and poorly behaved.

The story was quickly picked up and disseminated by national newspapers, who drew in rumours such as the student involved being somehow related to Nicola Sturgeon. Students were quick to condemn the action too, and the name of the student was published by other Cambridge student newspapers. The reaction was as if a Profumo or Watergate scandal had erupted in Cambridge. An all around ugly affair, both in the inexcusable action of the student, but also in how one moment of recklessness can ruin someone's reputation. 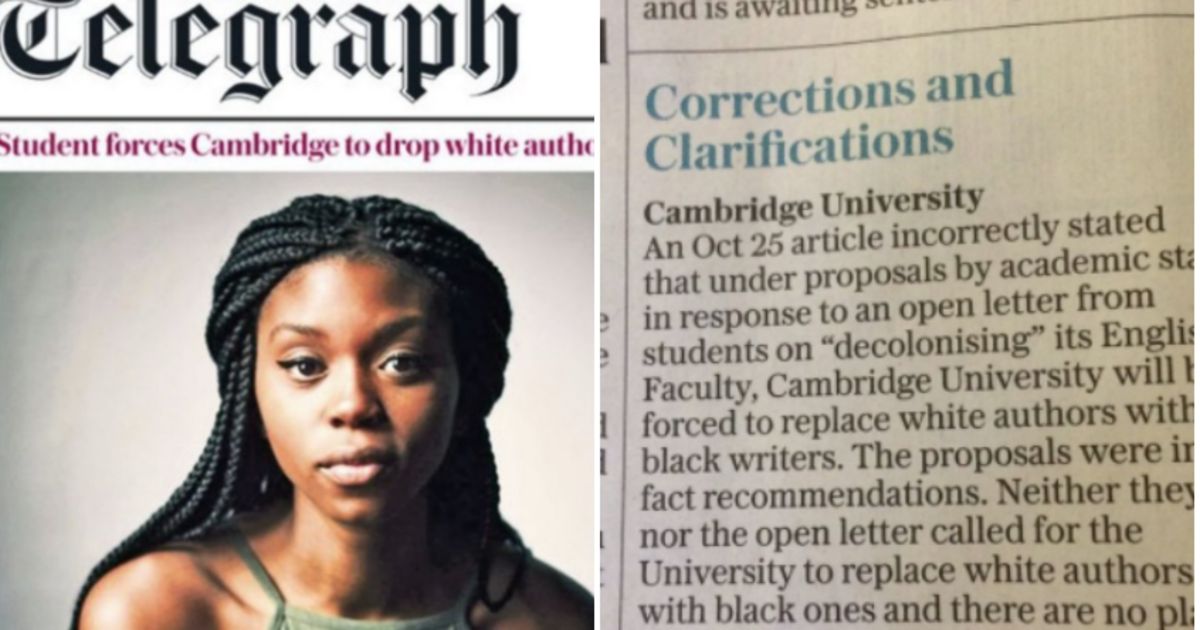 Another moment this year, when events in Cambridge made it onto nationwide news. The Telegraph wrongly reported in its front page story featuring a picture of Lola Olufemi, the CUSU women's officer, that in response to the students' open letter the English Faculty was forced to drop white authors for black writers. This led to targeted online harassment and abuse directed at Olufemi, who wrote the open letter. In response, students and staff of the university came together to support Olufemi, in an inspiring act of solidarity. Yet this whole affair is another example of how national newspapers have a fascination of what Cambridge students do, and altogether misrepresent it. 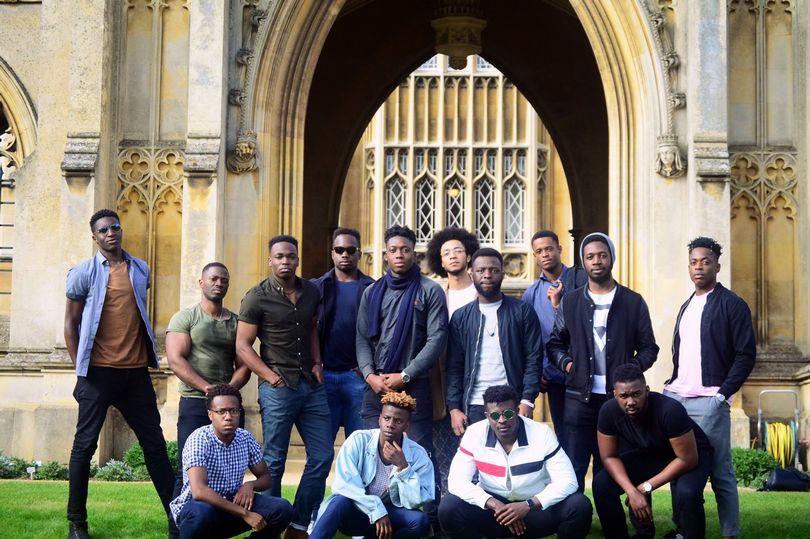 The Cambridge African-Caribbean created a photo of 14 black male students in Cambridge, highlighting how black students in Cambridge were a minority. The pictures posted on Facebook, were accompanied by the shocking fact that in 2015, only 15 black male students were admitted. The post garnered huge support and generated attention for this issue of racial diversity within Cambridge, both from within the university and in the outside world. Hopefully the coverage generated will dispel the idea or stereotype of what a typical Cambridge student is, and encourage people from all backgrounds to apply.

In other diversity news, Medwards made a forward-thinking move in their access policy to include trans women as well. Previously, people had to be legally recognised as women to be allowed in, as it still is with Newnham and Lucy Cavendish. It will be interesting to see how this change in policy will be put in place for future Medwards applicants.

On a more light-hearted note, the story that two pigeons flew into a Biochemistry exam causing disruption whilst examiners tried to catch it provided amusement for stressed out exam term Cantabs. Except maybe for those third years who had to sit the exam, who were less than impressed about their examiner's quip about making pigeon pie.

This follows after a rock smashed a window in Downing site disturbing a Biology lecture in February. Perhaps there is someone out there with a vengeance for Natscis. Either way, this is probably the height of excitement in Cambridge, academically.

Big Bums is up there with Biggest BNOC as to the most sought after title in Cambridge to have and as always, this competition was guaranteed to make a splash in newspapers which frankly don't have anything better to publish. Still, I can attest that scrolling through the pictures (or maybe even taking one yourself) is a great form of procrastination. One can only marvel at the bravery of students and their artistic ingenuity in taking the photos. If you haven't yet seen the winner, then click here. I won't spoil the surprise for you.

Cambridge is famous for its Balls, with Trinity May Ball (or was it John's?) being called the seventh best party in the world. Somewhat less complimentary about Cambridge is what happened at the Pink Week Ball in February. The event was shut done early after the venue got trashed, including the breaking of a chandelier worth £400. Two windows were reportedly smashed as well as piles of vomit on the floor. Lovely.

Need I even say much was made of the May Balls in Cambridge, our post-exam celebration. Of course there was reporting on the copious amounts of alcohol and the high costs of the tickets. And this year after Trinity May Ball, photos emerged of students swimming in the Cam. I suppose Cambridge has to live up to its work hard play hard reputation.

Theresa May calling a general election was a surprise. What was not a surprise was that Labour had a landslide victory in Cambridge. Students being left-wing, hardly groundbreaking.

A TV debate was held in Senate House in Cambridge, and excited students were able to see Jeremy Corbyn, probably the biggest celebrity for millennials right now. 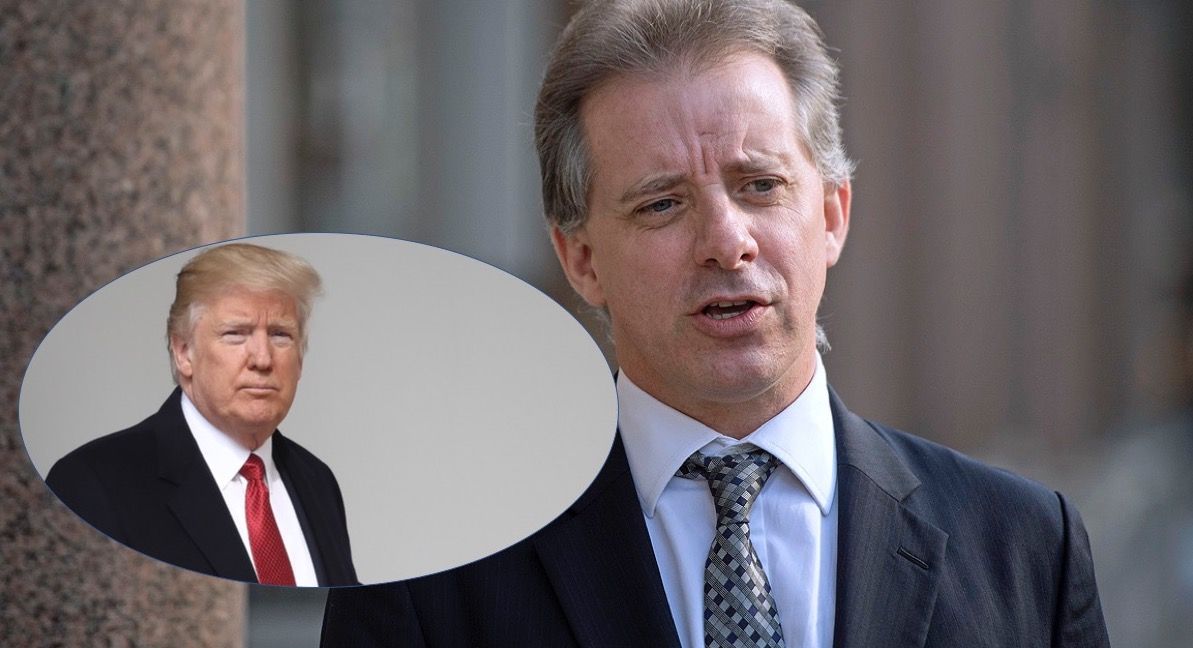 The start of the year saw astonishing news that a dossier compiled by Christopher Steele contained compromising details about Trump's relationship with Russia, with suggestions that the Russian regime was backing Trump. As more information about Steele was released, it was brought to light that he went to Girton College and was president of the Cambridge Union at the same time as Boris Johnson was president of the Oxford Union. The link between Cambridge University and espionage is hardly new, the most notorious of course being the Cambridge Five.

Drama at the Union is something else that is hardly new, but if I were to recount this whole year's, it would require a whole new article, or a thesis. To name a few, Katie Hopkins's appearance made stirs, the Union's plan for refurbishment and extension fell through, and allegations of misogyny were made against a member of its committee.

Alas, as we bid farewell to 2017, this concludes my reflection upon the year's events. 2018 will no doubt be equally as eventful, or given the way the world seems to be heading, probably more. So stay tuned to the Tab Cambridge, and watch this space.