Radio 5 has been travelling to marginal constituencies around the country to measure their political temperatures in the days leading up to the election and decided to stop off in front of the UL on the tour. 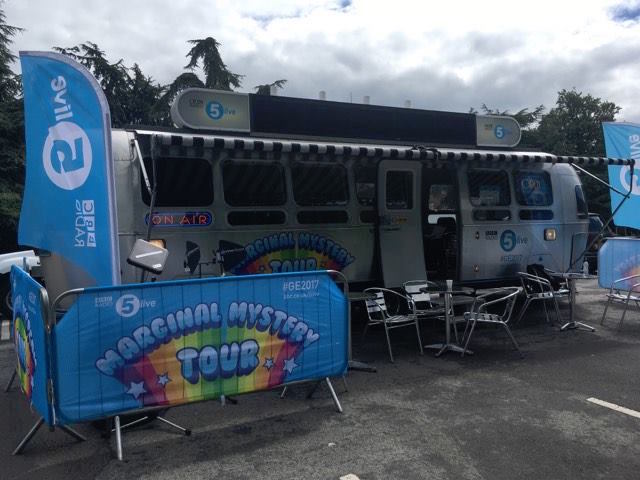 “The marginal mystery van” brightened up the UL carpark

Labour’s Daniel Zeichner won by a slim 599 votes in 2015, and this year he finds himself neck-to-neck again with the Lib. Dem. representative Julian Huppert. Of course, the Conservatives ever of shy of debate did not show up to this fierce vocal feud.

Hip-hop has infiltrated this election from all angles, with rappers like Stormzy and JME coming out to back Corbz (Corbyn insists that he’s totally been a huge fan of grime for ages).

So what could possibly be a better way to settle who should be the rightful MP of Cambridge than over a peaceful feud of words? Manraj  and Daniel representing the red team took on Radio 5’s Colin Murray representing the yellow. The whole thing was broadcast live yesterday. 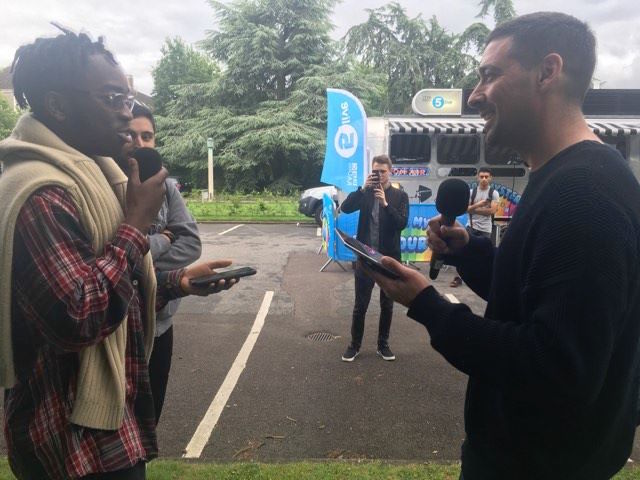 As a groupie of the Hip-hop collective (and certified hustler) I was to judge the whole ordeal.

Manraj was reppin’ it for students:

“Yo but what about me, look in my face and see I’m 20, 9 grand a year is too much p, Labours out here making it free, trust me Corbyn’s a real old G” (Manny for president).

Daniel had a particularly jammy rap-scheme and technique, especially when he slagged off the Lib Dems. broken promises under Cameron:

Colin Murray retorted with ‘Okay, okay I’ll concede your man did okay with Paxman, but that rhyme was so old you should’ve sent me a fax man.’ 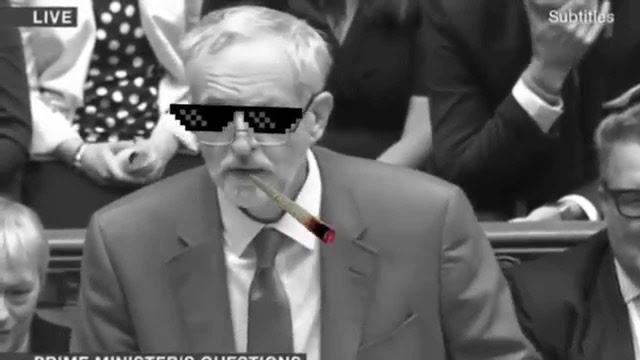 You can listen to the whole battle here (starts at 2.22)

If hip-hop won’t make you go vote I don’t know what will.