In case you’ve been living under a rock for the past few months, Donald Trump is being inaugurated next week. Impending nuclear apocalypse aside, a dossier was recently published suggesting that the President-Elect’s penchant for golden things may include showers.

It was revealed this week that the author of the controversial Trump dossier was Christopher Steele, an ex-President of the Cambridge Union. The Tab discovered he was president at the same time that BoJo was President of the Oxford Union, and also that he wasn’t very well-liked, potentially because he wrote for Varsity.

With  Richard Dearlove, Chris Steele and no doubt many others whose identities remain secret, Cambridge is clearly a hotbed of espionage. If you wish to join the ranks, consider the Tab’s top tips on how to be recruited by MI6.

In other news, the NUS continues to resemble most of student politics by tearing itself apart by infighting. The most recent development was that the NUS VP, Richard Brooks, was caught on camera conspiring against our glorious leader, Malia Bouattia. Supposedly this had links to the Israeli Embassy, although the NUS has been known to throw about accusations of Zionist Conspiracies before…

Moving to the other side of the privilege line, one college has announced they’ll be selling signet rings with their college crest on them for £65 a pop. Who else could it be but John’s.

It seems that we’re not the only ones to have noticed Cambridge’s habit of churning out dissident spies. Jonny Bourne, Trinity College’s Junior Bursar, lists Counterinsurgency as one of his top skills on LinkedIn, alongside counterterrorism and contingency planning.

We’re unsure as to whether Trinity is suring up its defences against insurgent tourists, or whether it fears a resurgence of Commie spies in its own hallowed halls. Either way, they seem prepared for it with their very own J. Bourne.

Michael Gove was spotted strolling around Cambridge on Tuesday. It is unclear whether he was here for some self-serving political purpose, or whether he was simply taking a break from a tiring schedule of undermining those who he failed to steal the Tory leadership from. Judging from the fact he was wearing a suit, we hazard it is the former. Perhaps his new pal Donald wants to expand to Cambridge and build a giant, Golden chapel on Trumpington St. and make Kings pay for it. 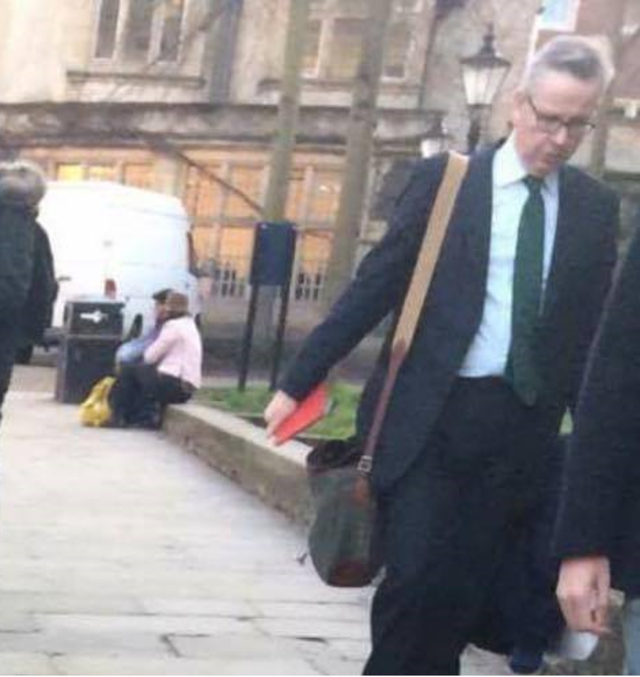 All that sucking up must be exhausting work

As some may have noticed, Cambridge’s less interesting answer to the Human’s of New York Facebook page, Students of Cambridge, has been quiet coming into the new year.

The Tab discovered that the page’s dedicated website has now gone offline. Perhaps this is because the page’s creator, has moved away from photographing others to filming himself.

Medwards students and others across the university are rejoicing as the legendary Dome Life bops are returning to the college. All proceeds from the event are going to the charity Sport for Freedom, which aims to reintegrate victims of human trafficking through sporting and adventure activities. The bop theme is (of course) Balls, and apparently there will be free drinks for early arrivals, and those who come in fancy dress.

Students at Pembroke have much less to celebrate after the college has decided to prevent Boptails (student served alcoholic drinks) from being served at the bop. The college is apparently hiding behind licensing laws as an excuse, but frankly we can’t imagine that’ll stop students getting hammered on the cheap.

Finally, Queens’ is hosting a meme-themed ‘Harambop’ – we hope that students really push the boat out with their costumes into the realm of the grotesque, offensive and obscene. Much like Harambe, Pembroke students will be mourning the death of their cheap booze #NeverForget

Not Everything is Terrible

Cambridge Pink Week is coming up soon, and Magdalene is already preparing for fundraising festivities. They’re holding a Pink Week charity formal, and on the 8th of Feb are serving a slew of pink cocktails at their college bar: a great opportunity to get pissed and feel like a good person at the same time.

Pembroke may have been deprived of booze, but Jesus students are rejoicing over the provision of a new bar for their bops. Vive le sesh – it’s what Jesus would have wanted. 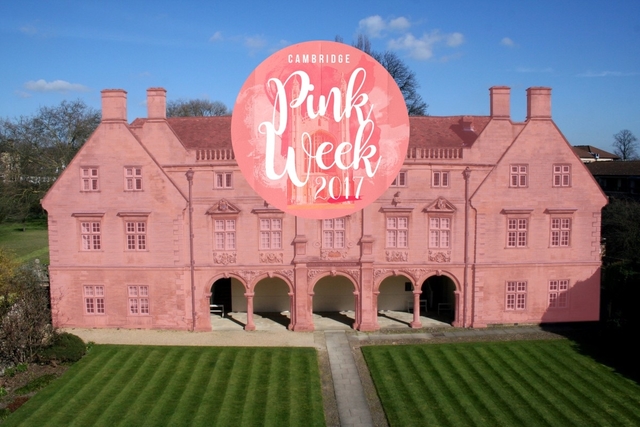 If there’s one thing you can guarantee on to raise funds, it’s student binge drinking.

That’s all for this week – see you next week for more student infighting, despicable displays of privilege and all the drunken antics you could dream of.