Clubbers of the Week: Week Two/Three

No one is safe

Week Three has arrived and the honeymoon-period of Freshers’ Week is now well and truly over.

Now, even the most tawdry Girtonians, Land Economists and Drinking-Soc regulars have realised it’s time to buckle down. However, while the onset of work may be overwhelming, it sure hasn’t stopped Cantabs everywhere from having fun, if the photos The Tab Cambridge has found are anything to go by.

Yes, let’s have a look at what you’ve been up to in Clubbers of the Week:

Squads of the Week

Three weeks into Michaelmas, and the Fresher (maybe?) squads are on fleek. Well done to these winners who managed to fit the whole squad (and about half of Cindies) into their photo. 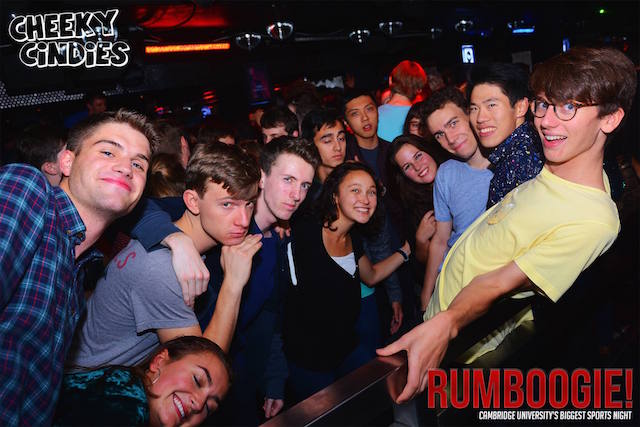 … and to these rather excitable Cantabs, who could really do with a few additions to their squad to the left. 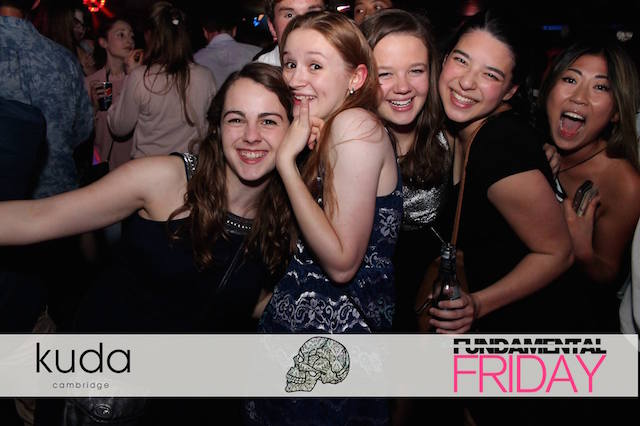 Come on come on turn the radio on

Best-Dressed of the Week

For clarification, this week’s winner is the Cards Against Humanity girl in the centre, not the boy with the shell-suit-chest combo.

Instead of responding to the card, however, the real question should be whether she started drinking before she cobbled together the outfit: white cards are the answers/nouns. 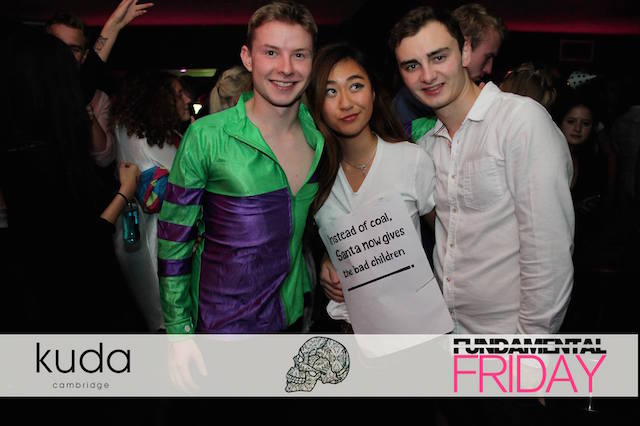 But what does Santa bring the bad Cantabs?

Still, playing Cards Against Humanity on your own is no-fun: please do offer up your suggestions for what Santa gives the bad children/Cantabs in the comments below.

It’s Sunday Life. People go to swaps dressed as animals. Deal with it. 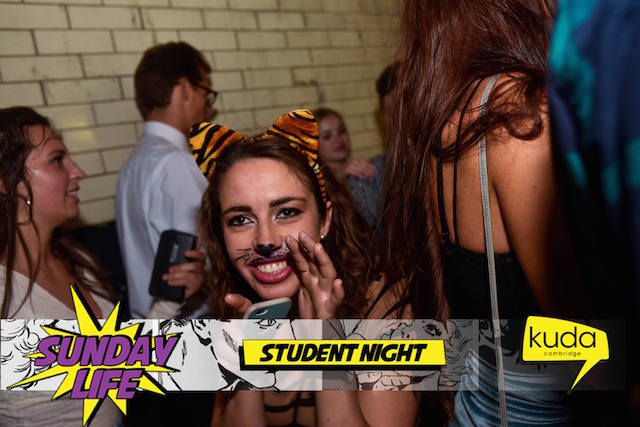 There was genuine debate amongst the Tab Mafia over what our next Runner Up (back row, painted blue) was dressed as. The general consensus was somewhere between a Smurf and Avatar. 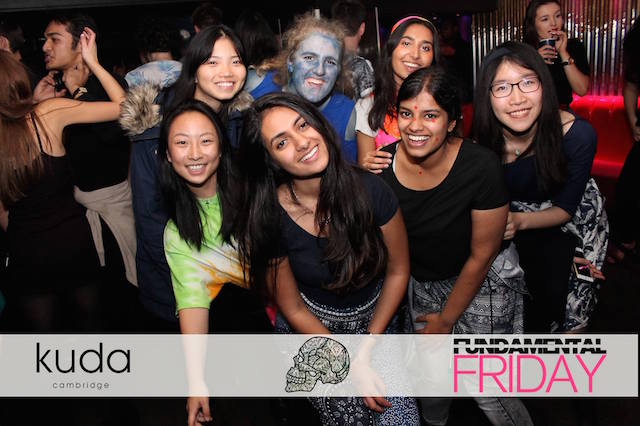 The Week 5 blues get earlier and earlier

Because, the last time we saw this much love on film, it wasn’t publishable on thetab.com.

Here’s the category which celebrates all of the friends who can’t wait to tag you the next day, after forcing you to give them a piggyback or having nibbled at your ear/face. 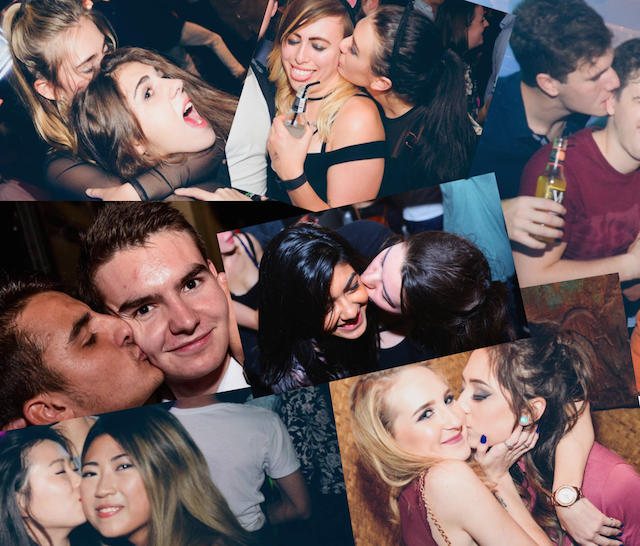 Omg didn’t you know we were friends?

Tattoo of the Week

Our next winner may have justified the creation of its own category, but it was worth it. In all seriousness, MJ is alive and well. 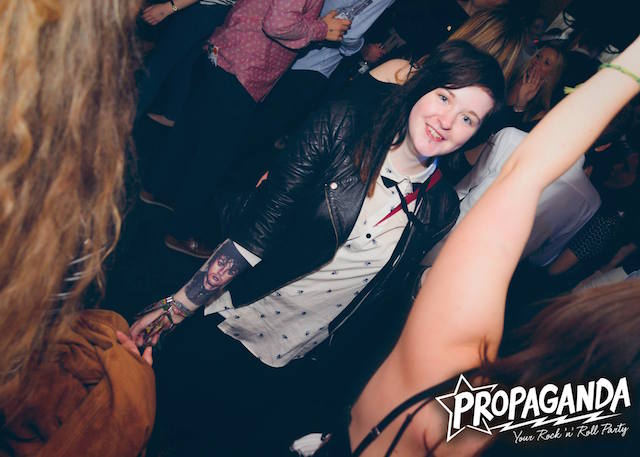 The creation of this category, in hindsight, may have been a mistake. When we shortlisted the Drunkard’s Corner photos, we only then realised the sheer number of Cantabs who would qualify.

It takes a special level of drunkenness for it to be the most comment-worthy facet of your club-photo. The girl at the back managed to make quite a splash with her squad at Tuesday Cindies. 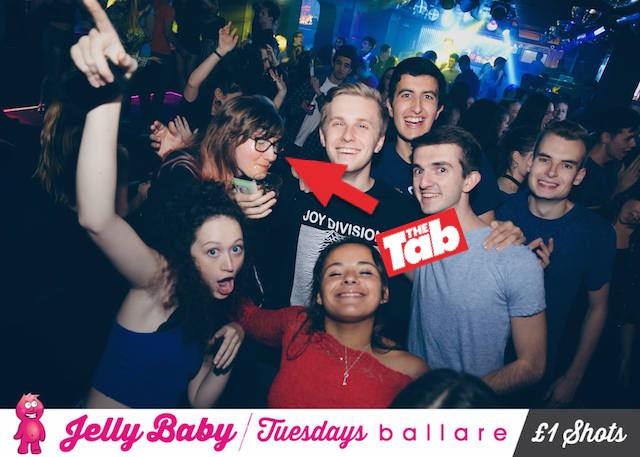 Remember, co-ordination is key when the squad assembles. 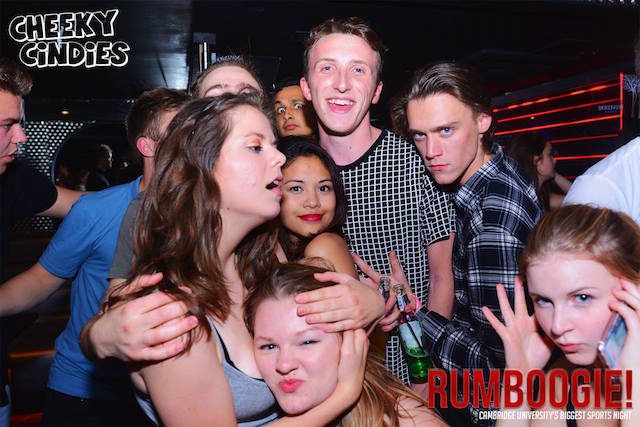 Townies of the Week

One of our most treasured categories. Forget the town-v-gown divide: fundamentally, Townies are here to remind supervision-addled Cantabs how to have some fun. 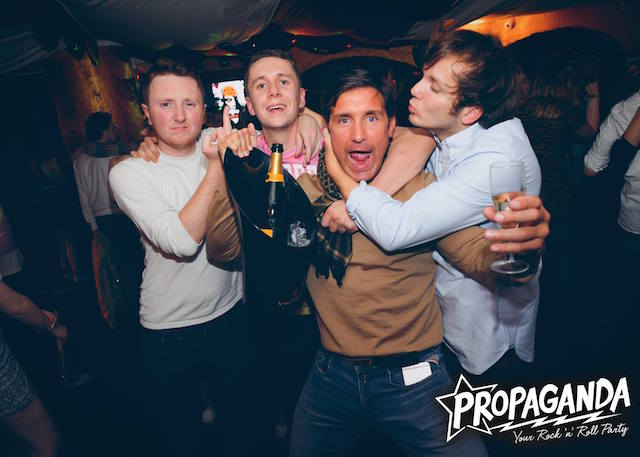 It’s a NO from Us

In 2116, Cambridge Anthropologists may study Dabbing. And once they’ve made their way through the rather extensive list of internet memes, they’ll eventually stumble upon this duo, who tore up Jelly Baby with their moves. 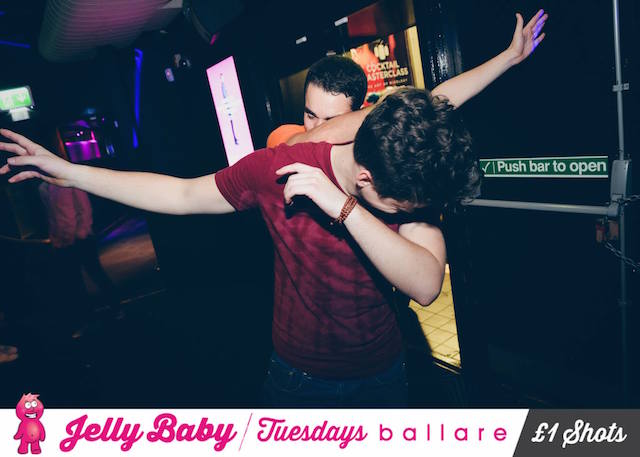 A few compromising dance-moves is horseplay. But when you’re taking multiple photos, and hogging the limelight from others (who may have made equally good fodder for Clubbers of the Week, but we’ll never know), then we know we have a problem. 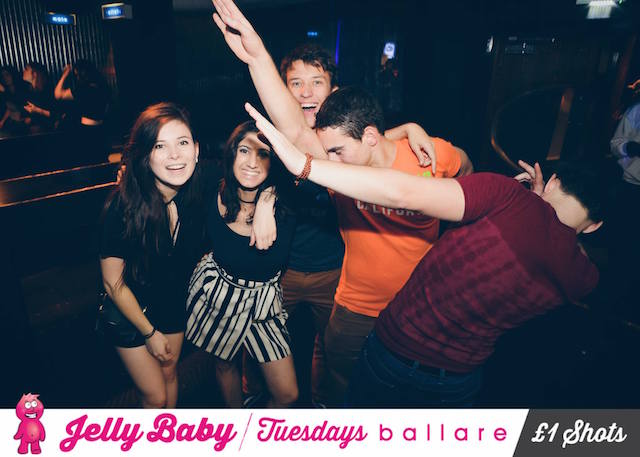 Non-human/non-sentient Clubbers of the Week

Clubbers of the Week is of course rooted in misanthropy: celebrating all of our very-human mistakes we make each week in Cambridge’s clubs.

The Clubbers Project, if you will, hasn’t thus far allowed the celebration of awry non-human yet still anthropomorphised objects that cock-up on a night out in the same way that our own kin do.

So, the next time you think your friends are fake, full of hot air, or simply just very high, then spare a thought these winners: 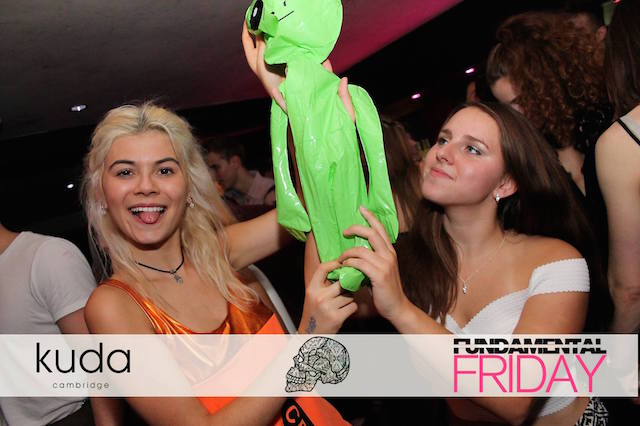 Take me to your (squad) leader

Somewhere on a starship in a foreign Galaxy, Alien-tabs are being scrutinised on their own online alien-student tabloid. Now there’s a thought. 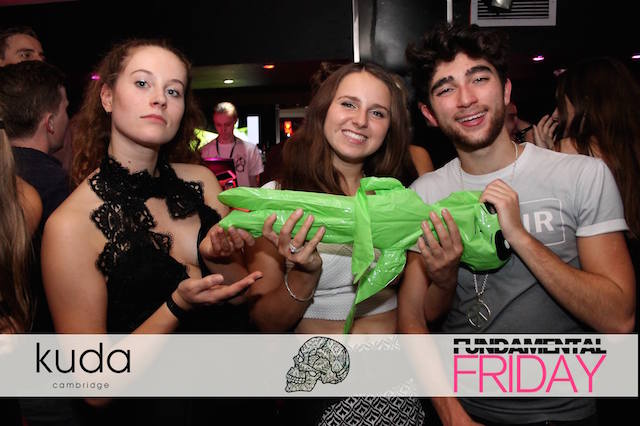 Will Cambridge be the first university to venture outside of our Solar System?

When we saw this lone Ninja Turtle breezing his way through Life, we thought he was a surefire winner in this category. 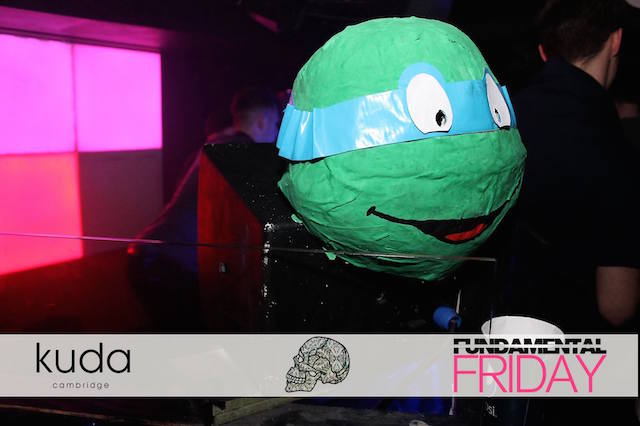 … before we realised he was a Cantab, masquerading as a Ninja Turtle: 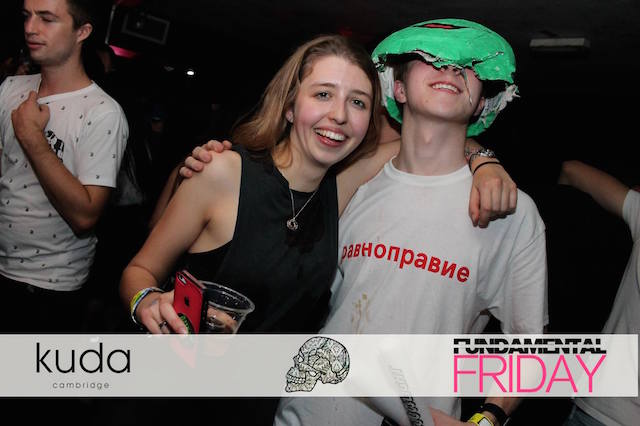 Clubbers of the Week

Week Three has given us two winners of our namesake prize. Firstly, for this rather worse-for-wear Cantab, the night began with a healthy dose of blissful ignorance: 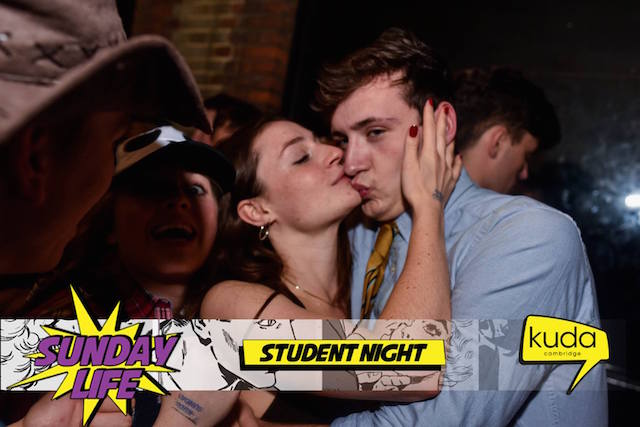 … before the moment of drunken-recognition that his inhibitions may be plastered all over The Tab: 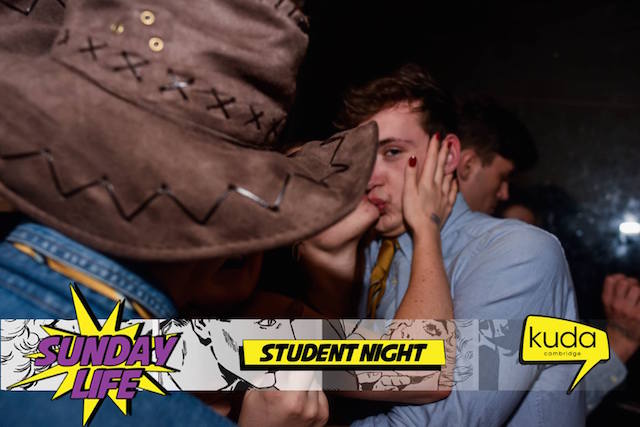 Our other winner quite literally won at Life. Kuda may be sticky, and this winner went to some rather immense lengths to cleanse her hands as she battled her way through the uncouth basement under Waterstones, having made off with a soap dispenser. 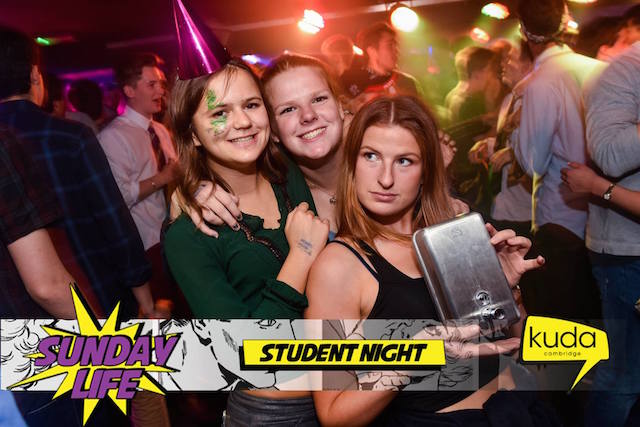 Catch it, bin it, kill it. And we’re not talking about the germs.

Well, there you have it Cambridge. For another week or two, I’ll say my goodbyes. Stay tuned for a Clubbers of the Week: Halloween Special coming soon.