Bake Off’s Andrew: It sounds like Oxford students know how to party

Andrew Smyth has been one of the heavyweights in this year’s Great British Bake Off. The 25-year-old aerospace engineer has swapped jet engines for rolling pins, narrowly missing Star Baker twice and barely putting a step wrong in six weeks of competition.

The Sidney graduate developed his baking skills at Cambridge and has dazzled on the show with braided bread-baskets, baklava bites and biscuit-based throwbacks, with Week 2’s ‘Punting on the Cam’ being a highlight for Cantabs.

Andrew told The Tab about everything from gyp rooms and exam term to his favourite recipes from the series.

Hi Andrew. To begin, what got you into baking?

I was a chubby child who loved eating, so naturally I gravitated to the kitchen – the source of all deliciousness. I helped my mum and gran out with some baking but it was really when I had my own space at Cambridge that I started to bake more frequently and expand my repertoire. It’s been onwards and upwards since then!

How would you say your Engineering degree/job at Rolls Royce is helping you in the tent? Or are you wasting your Cambridge degree?

I reckon my Engineering Degree has helped in some subtle ways – from planning out something with precision to being able to learn new techniques quickly. I’m still analysing jet engines during the week so I think my engineering degree is being used well! 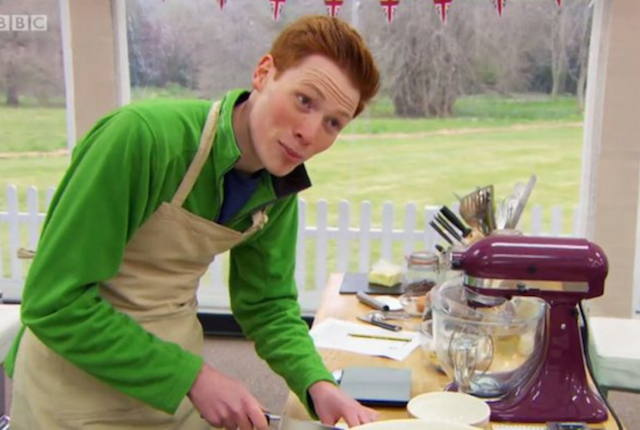 What kind of extra curriculars did you get involved in at Cambridge?

I dabbled in a few different societies when at Cambridge with the main ones being choir, orchestra and lifesaving. I’ve stuck with the musical endeavours but not so much the pool-based ones.

Cambridge accommodation is notoriously bad for cooking facilities in gyp rooms. Can you suggest a microwave baking recipe or two for us?

On my corridor in first year, the kitchen was fairly sparse and a few neighbours and I tried to make a microwave mug cake. It was disgusting. Would not recommend – I’ve only tried it once again since and it was equally rubbery. If you’ve not got an oven, stick to traybakes, steamed puddings and other things that don’t need an oven!

And obviously within term time, Cantabs are very stressed out and need to cut loose. Can you recommend any alcoholic baking recipes for us in particular?

For my churros, I made an amaretto chocolate ganache which could easily be used in many ways and is suitable for pre-9pm. For something with a lot more kick, maybe try Tom’s Gin and Tonic Drizzle cake from Week 1… it sounds like Oxons know how to party. 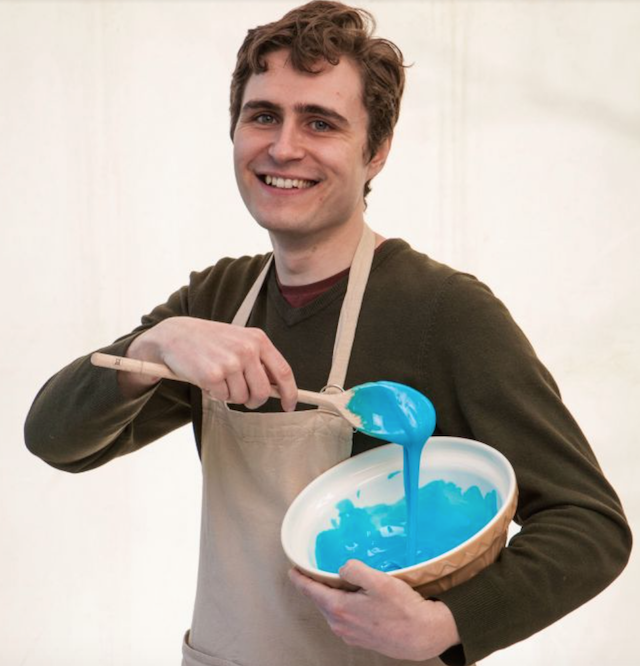 Oxford graduate Tom’s recipes can be found on The Great British Bake Off website.

A contestant from Durham has been knocked out of the show before you. Did you sense the Durham/Cambridge rivalry?

Haha, if there was any rivalry I didn’t sense it at all. The great thing about Bake Off is everyone genuinely wants everyone else to put their best foot forward.

Who is your favourite other contestant on the show?

I can’t choose one favourite… but if I had to choose a trait to steal from another baker, it would have to be Selasi’s cool calm demeanour. If he could bottle that up it’d command a high price come exam term in Cambridge! 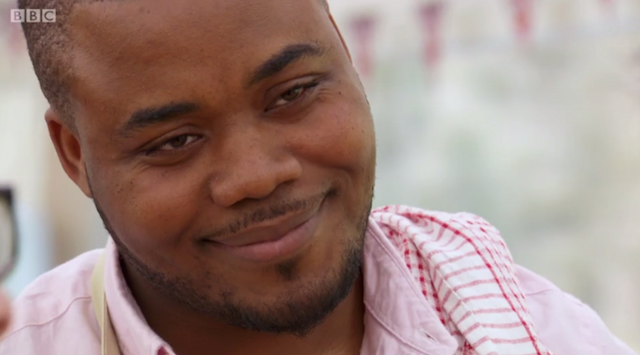 What’s the most difficult thing you’ve ever had to bake?

The filo showstopper in Week 5 nearly broke me. When practising it at home, I accidentally dropped several sheets of carefully stretched filo onto the floor, wasting about 2 hours worth of work. And those were so fiddly to make I’d have to say those are potentially the trickiest things. They didn’t get much easier with practice either!

Is baking a recreational activity for the privileged?

Baking is probably one of the most accessible hobbies – I think that’s what makes Bake Off so popular and relatable. It only takes a handful of ingredients and a cake tin to make a Victoria Sponge!

Can we use baking as a form of therapy for pent-up post-Brexit rage?

Whatever your rage, baking could be a good form of therapy I guess. Probably best not to attempt a croquembouche if you’re looking to calm down though…

Have you received any marriage proposals since appearing on the show?

There have been some very funny and steamy tweets which have had me in fits of laughter, some of which were marriage proposals. It’s funny but also kind of mortifying as my mum is on twitter and regularly likes to see what people are tweeting… 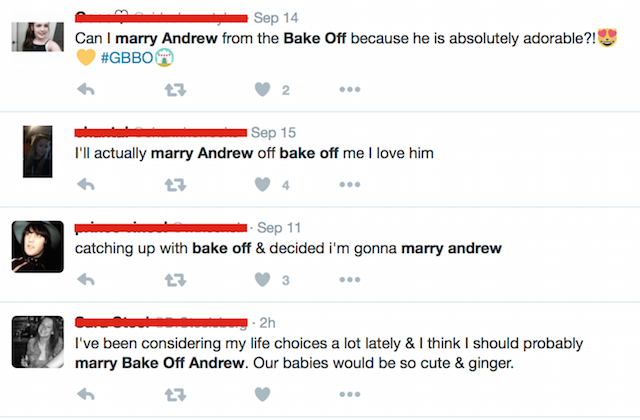 Finally, Cantabs loved seeing your Gingerbread ‘Punting on the Cam’ masterpiece. Are there any other throwbacks to Cam that we can look forward to later in the series?

My lips are sealed – I guess you’ll have to watch the series and see how I get on!

Make sure to tune into The Great British Bake Off on Wednesdays at 8pm on BBC One for more of Andrew’s Cambridge-inspired desserts.

When we asked whether Bake Off’s move from the BBC to Channel 4 would result in a soggy bottom or a successful raise, no answer was given.