In the first of a two-part feature, Tab Sport gains an insight into the increasingly popular world of DanceSport, the unlikely sport taking Cambridge by storm.

With a class of nervous beginners, and more Santana than a 70s barbecue, many would be forgiven for not taking DanceSport too seriously.

However, as we discovered at this beginners session, this fun yet demanding sport has a lot to offer. 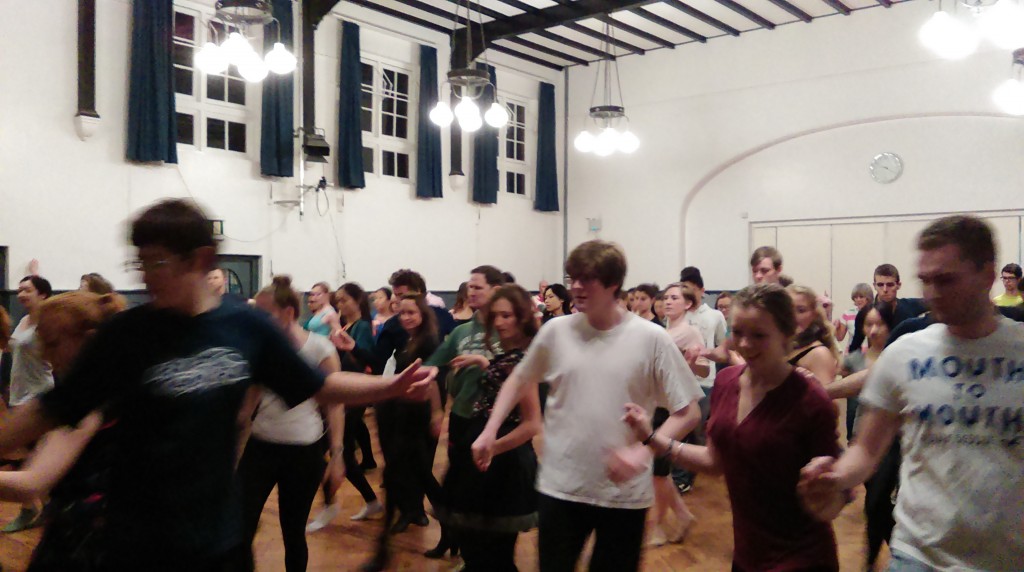 Find out more on session times at http://www.cambridgedancers.org/

Ballroom beginners classes taken place on a Monday evening, with Latin the following night. At least 50 people took part in the Latin session, and an instructor was quick to joke that we came to the wrong class, with over 100 beginners in attendance the night before.

With 10 different dances practiced altogether across the Ballroom and Latin classes, the sessions are as varied as they are intense.

Teaching is carried out by independent professionals and there was a sense of individual focus to the sessions, in spite of the large group sizes. Despite an inevitable range of skills on display, dancers are partnered off with one another at an early stage. 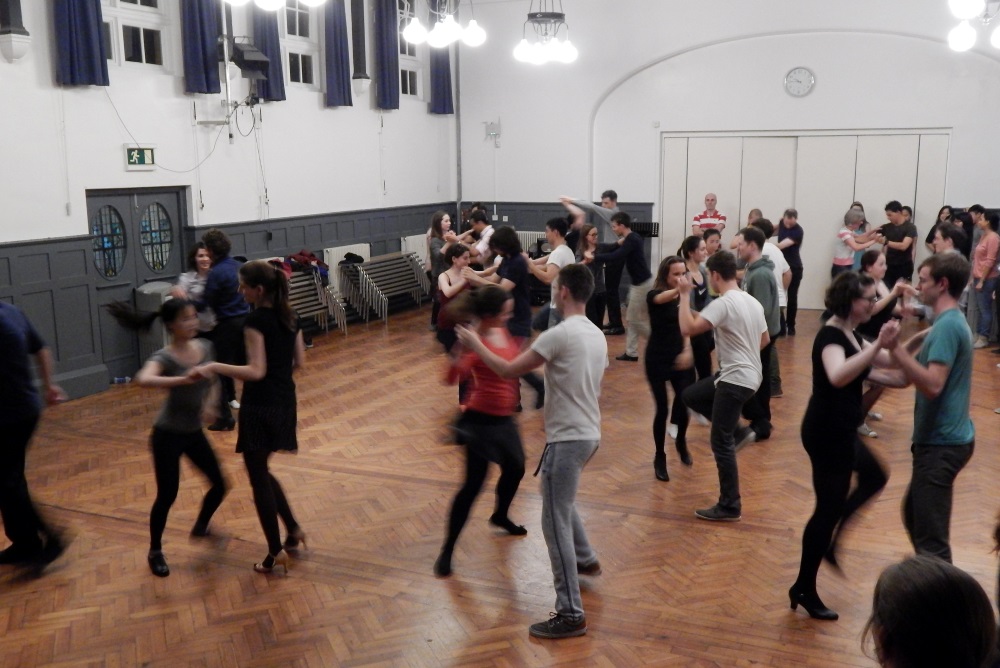 The beginners were quickly put through their paces

This allows for swift progress, though it’s clear that this owes as much to the efforts of the dancers as it does to format of the sessions.

There was a distinct emphasis upon the importance of practice between classes, and there was a noticeable improvement in the standard of the dancing on display even in the one hour session we attended.

The instructors made frequent reference to work done in previous classes, and the session went at a relentless pace. After just half an hour, the speed had picked up rapidly. 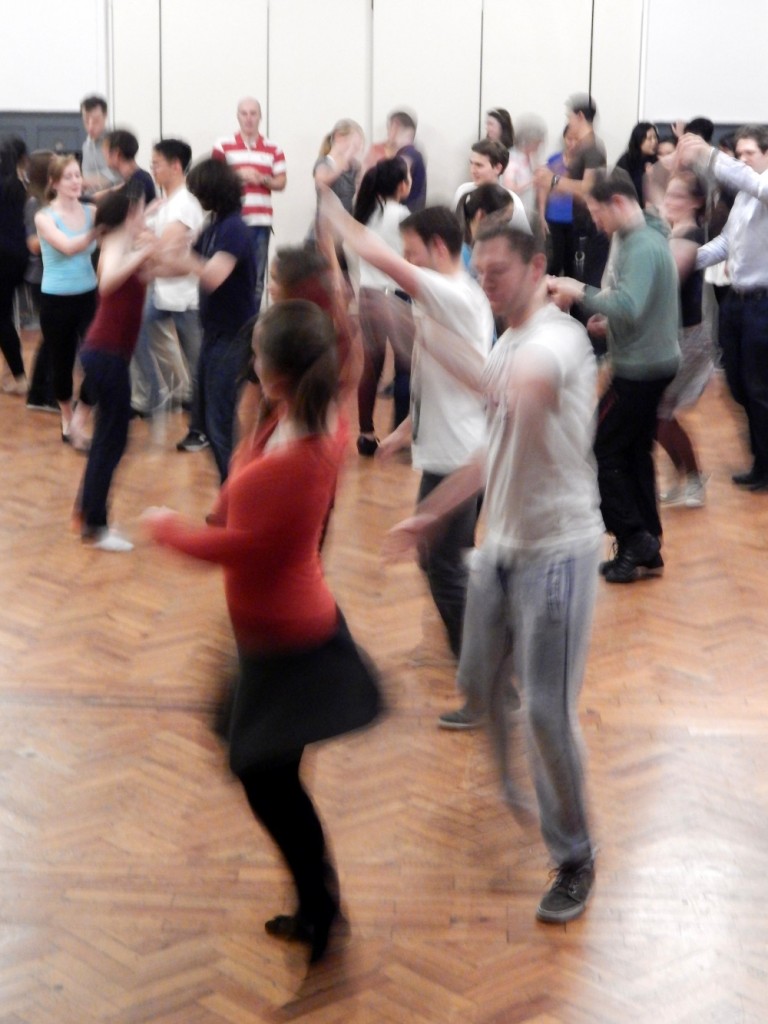 Initial warm up routines were dropped in favour of a more competitive element, with the room splitting into two heats, and instructors demanding “timing and energy” across a handful of minor competitions.

DanceSport in Cambridge ranges from beginner classes right up to Varsity-level competition, and the club were keen to emphasise the strong, if initially surprising link between the two teams. 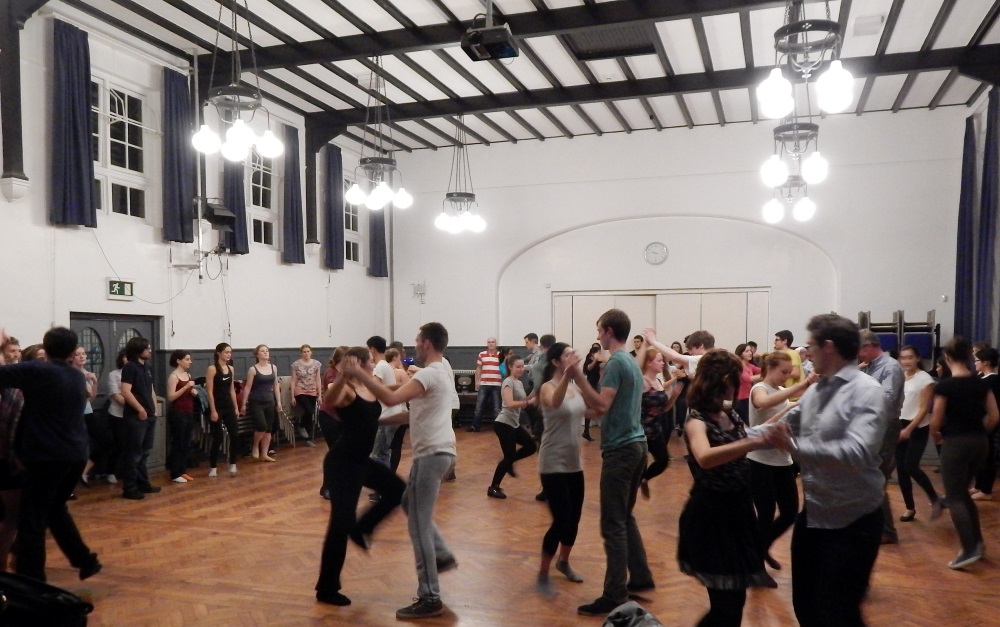 Heat Two putting their skills to the test

The effort and skill of the beginners has led to an increasing number of success stories for Cambridge DanceSport. When coupled with the quality of dancing and instruction on show, it is not difficult to see why.

This year’s Beginners’ Captain, Michael Ha, was himself a beginner just last year, and went on to dance for the Varsity B team. It looks unlikely he’ll be the last dancer to make this transition.

We went on to speak to this year’s University DanceSport Team, and looked ahead to their busy season and this year’s Varsity fixture, and you can read the interview in Part 2 coming soon.

With so many students taking up DanceSport this year, Cambridge’s hopes of building on Varsity wins in the previous three years are looking very promising.