LEAF ARBUTHNOT tries out a ton of mince pies, for the good of one and all.

Consulting my “Why I dig Christmas” list recently, I finally found one that could be morphed into a ground-breaking Tab Tests.

Mince pies are, after all, chieftain amongst festive foodstuffs. They are Delicious. They are Wonderful. They are Gold, Incense and Myrrh. Naysayers probably hate charities and condensed milk, which they probably pour into children’s gloves for jokes.

Every year round about this time, I make a big hullabaloo about eating my first mince pie, because as soon as the pastry hits my tongue, I’m 150% in the Crimb-zone. Present ideas blossom like holly in my brain; festive recipes that I’d forgotten come back to me; Michael Buble’s voice, chuckle and philanthropy whack me around the head like a silken robin teatowel.

But which mince pies to buy? Here’s a guide. 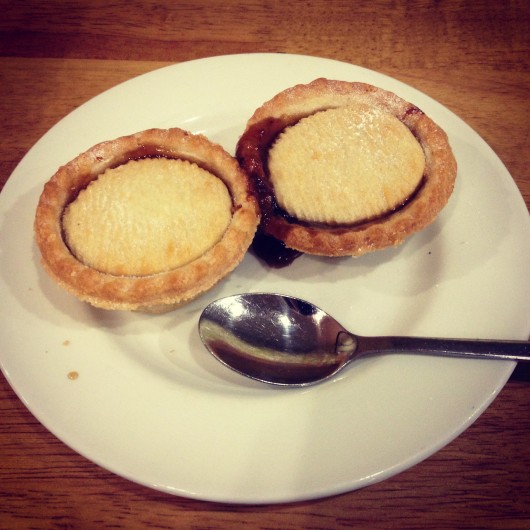 There were two, which was a good start, and they heated them up for me, which was a promising second chapter. Thereafter alas, things nosedived. The pastry was far too floury and thick, coating the ridge of my mouth, Cinnamon Challenge-style. Admirable mincemeat, though – perfect consistency, with nice plump sultanas and much orange zest. At just under two quid, they weren’t worth it, although had they been served with cream, shit woulda got serious. 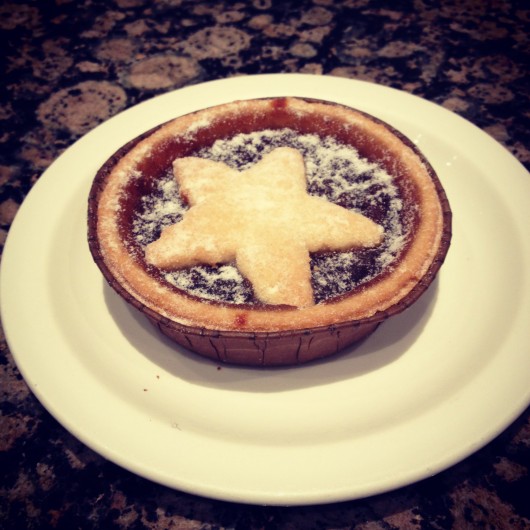 Top marks for presentation; everyone loves a star on top of their mince pie. Pastry could have been more buttersome and the mincemeat was offensively sweet. But it worked heartbreakingly well with the Nero Hazelnut Latte, and in the café’s plush setting with its mahogany-navy palette and topping views, I felt like Lady Yule herself. 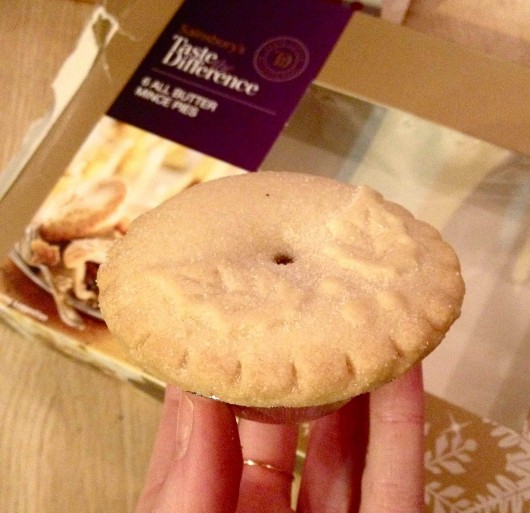 6 for 2 quid, cheap as chips, more money for honeys. The pies were an ideal size, treading the balance between snack and pudding. Unfortunately the mincemeat was overly sticky and the pastry tasted like bananas. 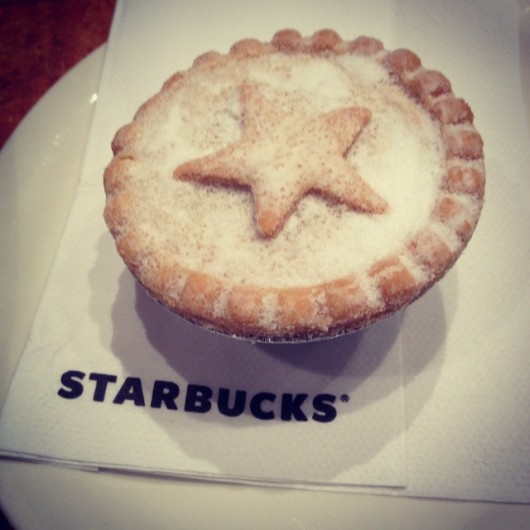 I like depth, sometimes, in pools, conversations and sleep. Not in mince pies. These guys were like mincemeat buckets that I could have taken to Christmas Cove. Except that I didn’t want to. The pastry was also far too thick – probably in order to handle the silly quantities of fruit. Couldn’t finish it. 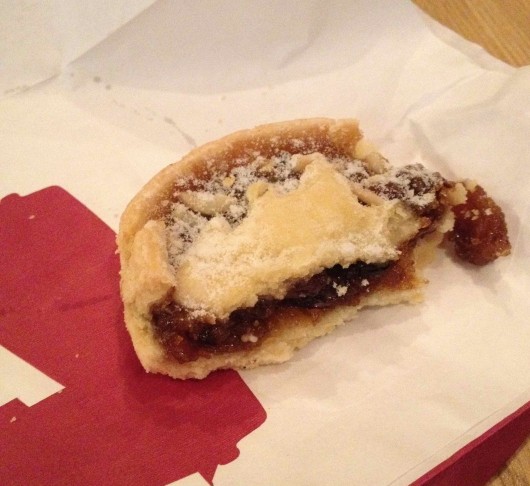 The best of the bunch, but amongst the most expensive. They went for the flat disk shape, like Nero’s, but the Costa pastry was much more buttery and the mincemeat a great consistency, neither too liquidy nor too stodgy. I don’t usually like Costa food so this was a pleasant surprise. 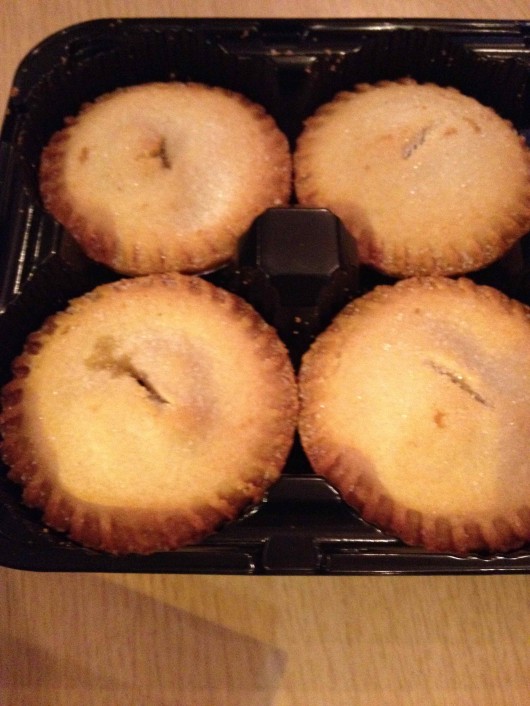 As traditional mince pies go, these are difficult to fault. They’re often on offer too, with 6 pies for 80p – a thrilling calorie-to-quid ratio. The pastry is lovely and fragile, with a respectable quantity of mincemeat inside it. Failsafe. The posher M&S ones are also very good, brandied up and full of love.

Will the Medwards Churros Van be touring to my college anytime soon?

‘The annual sheepcase consisting of the kookiest of characters, the strangest of songs and the silliest of sketches’

You are not alone: How other Cambridge students have found mental health support this term

Jesus’ LGBT+ Officer has described the order as ‘disrespectful and flippant’

The talk was part of a year-long programme of events on ‘Churchill, Race and Empire’ in light of recent debate over Churchill’s legacy

Worries for next term, what to do when you’ve been ghosted, and how to avoid slipping back into childish habits while working from home

Meet the students running for the Cambridge Student Union this year

Do they pass the vibe check though?

Interview: ‘A Blown Job’ on making musicals in lockdown

There are no hugs, but they do have a cat

Finding joy in our favourite hobbies

Trip to the Gyp: Chinese Edition!

Culture Trip Week 6: Is the end in sight?

Recover from the blues with this week’s cultural picks

Jesus College has outlined plans to relocate the memorial of Tobias Rustat, a prolific investor in the slave trade

EXCLUSIVE: We spoke to the Camfess admins, and the tea was scalding

One Camfession even sparked a yellow misinformation warning from the Zuck

Did someone say the BNOCs are bringing the Hunger Games to Cambridge..?

I tried out a load of lesbian dating apps and here are the best ones, ranked

Nothing can prepare you for Scissr

HOW DID WE NOT SEE IT ALL COMING?!

It works on Mac and PC

This TikTok test tells you exactly which colour resembles your personality

And there’s science behind it

Ok this changes everything

We are all very, very worried about Adam

MasterChef production secrets: 14 behind the scenes facts about making the show

Yes, the food is cold by the time Gregg and John taste it

Time to separate the Kandys from the Olivias

The show made a dig at her, and she’s not having it

Ok, so this is what actually happens to your clothes when you return them to ASOS

97 per cent of the clothes are resold

One is a decade older than their teen character

QUIZ: Which Married at First Sight Australia bloke are you, really?

I would give literally anything to be Cam

Uni’s a place for LGBTQ+ students to thrive, but this year many haven’t had the chance

‘My life’s a controlled version of what it was’

This AND Love Island? I think I might explode