Agha-ny Aunt Answers: What you really aren’t told as a Fresher at UoY

What the hell is a Platinum Card???

Hey there, I'm Zara Agha, York's resident Agha-ny Aunt, and I'm here to sort your life out. Every week I answer anonymous submissions sent in to me via The York Tab Instagram.

So you're a fresher about to move to the University of York, and you've pored over every university article there is. You know to join societies and to plan a weekly budget, but you soon realise that you don't know what on earth Sabbatical Officers are or which GP to register with.

This week I'll be putting your Freshers panic to bed with 15 essential bits of info that you don't find out until it's too late.

1. If you like going out, buy a platinum card, and buy it QUICK 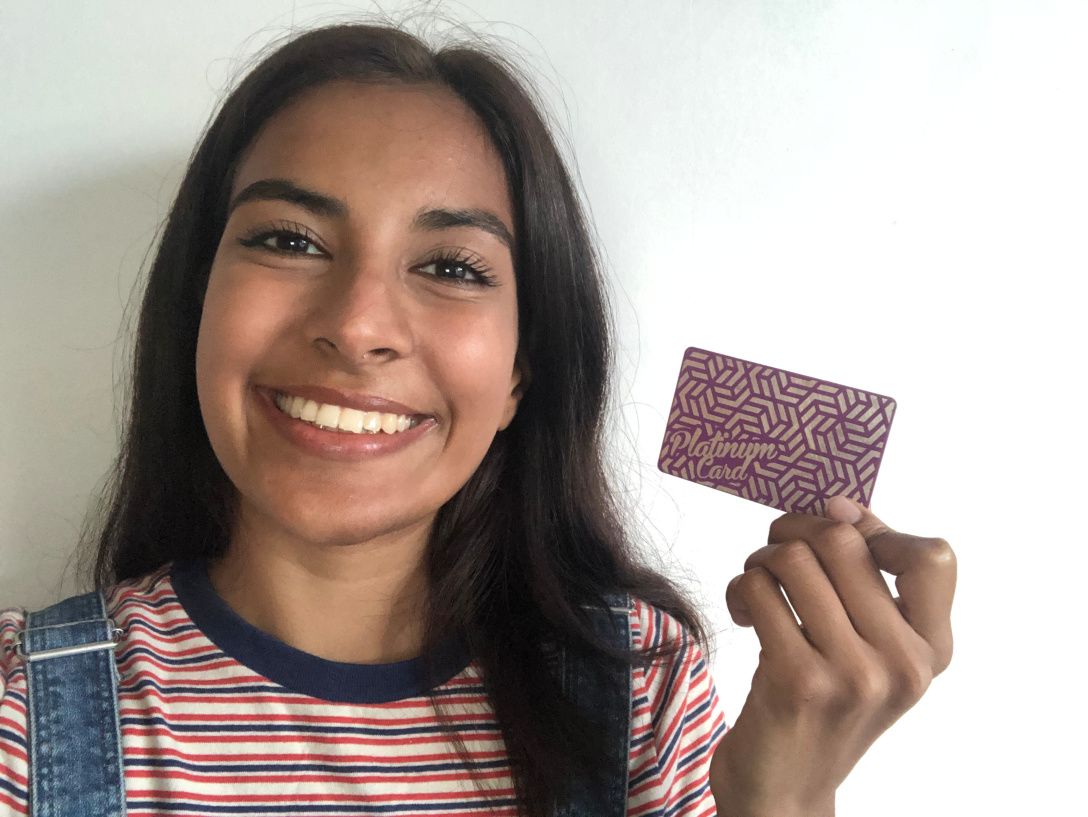 A platinum card is a limited edition card used to get queue jump and free entry to all the official student nights for York students.

Don't be put off the steep cost of £99 like I was, because plat cards run out within Fresher's week and once they're gone, you have very little chance of getting one for the rest of the year. 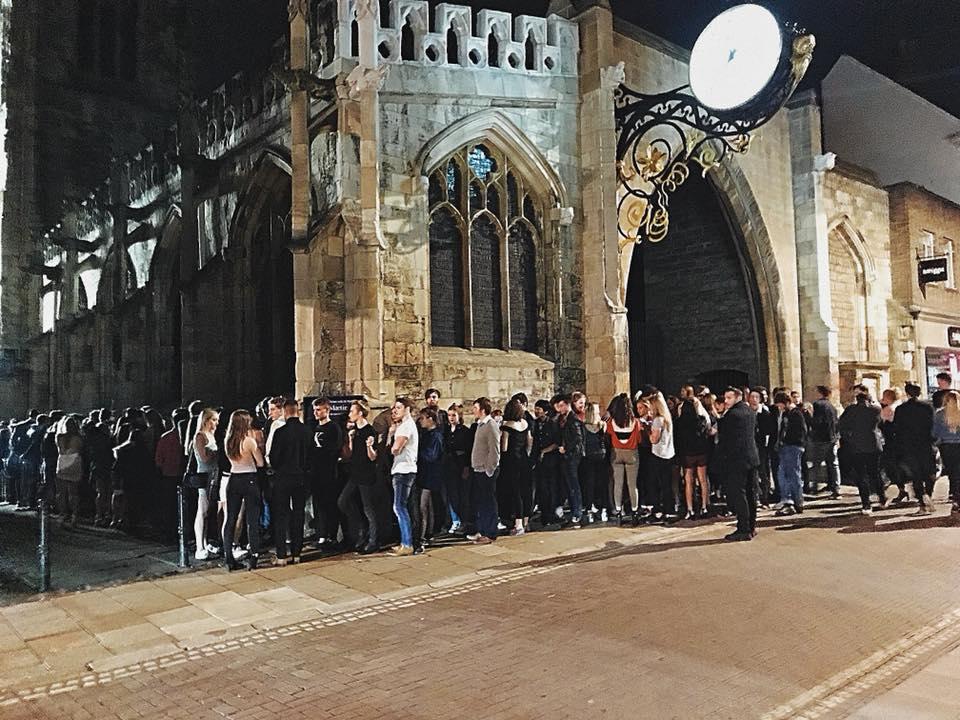 Normal prices for student nights are £5, so even if you go clubbing only 20 times in a year, you've made your money back. Plus, I guarantee all your flat will get one like mine did and proceed to skip the queue, whilst you wait in the freezing cold for 20 minutes.

With four official club nights for York students in a week, if you like going out, you will definitely have made your money back in first term alone. 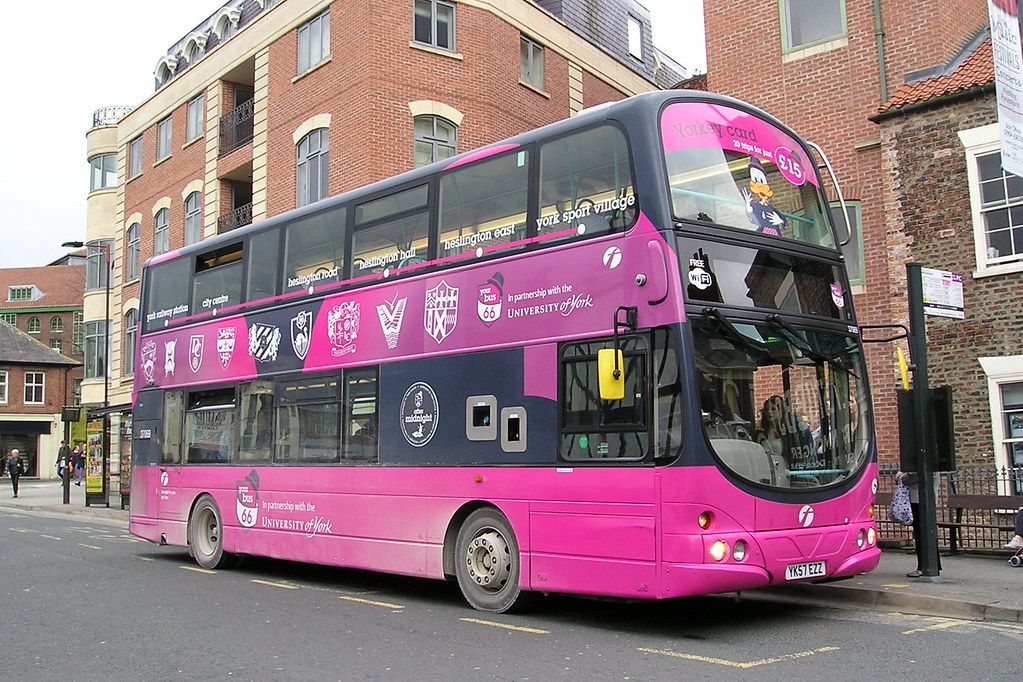 The 66 is your ride home from nights out and your ride into town the next morning, so you'll be using it a lot.

If you're super clever and want to save money, the bus is free between Campus West and East and is free for students until it reaches the stop at The Retreat.

Download the First Bus app if you're like me and always lose bus passes, as you can store all your tickets electronically.

3. Which GP should you register with? 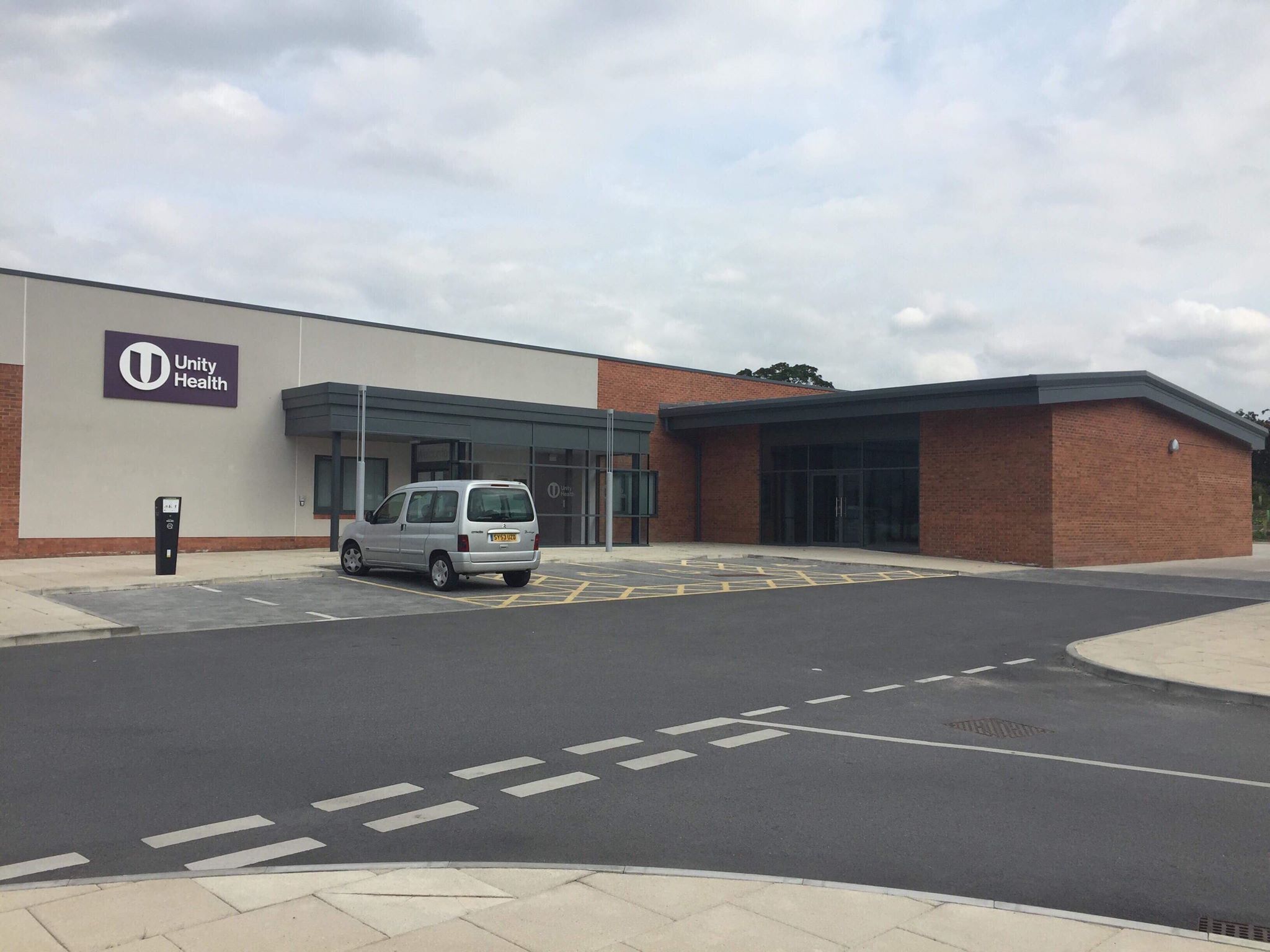 miss me with those waiting lists

Unity Health is definitely the GP in the closest proximity as it's on Campus East next to the Nisa. However, this does mean that a lot of students tend to register here, so the wait times for appointments can be long.

Other GP's include Jorvik and Tang Hall Lane Surgery.

4. Where to do your weekly shop

Most York students go to the Aldi in Fulford, but for first-years living on East, it'll be a trek for you. Whilst both York campuses and Halifax College have their own Nisa, it's quite expensive and I'd recommend only using it for little bits and bobs and not your whole shop.

However, if you do require a late night Nisa trip, the Nisa on East is open for much longer and is bigger too. 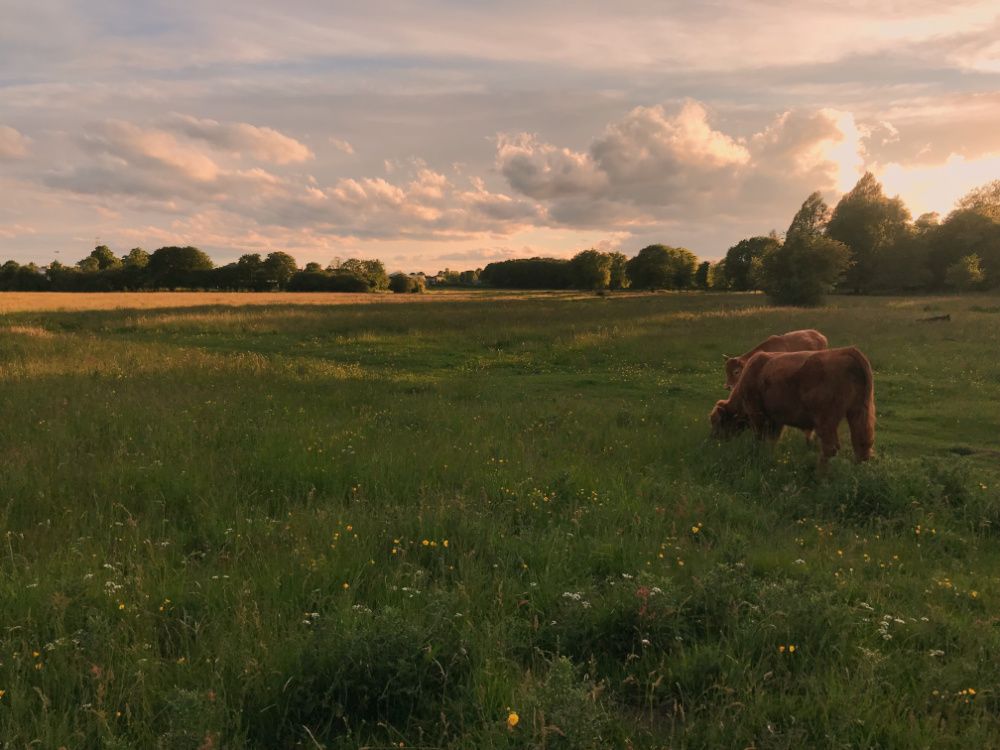 Beware when walking to Aldi, as you'll walk across Walmgate Stray which is a massive field home to a large herd of cows that you don't want to anger.

5. Where can you buy halal meat?

For York's Muslim freshers, choice is limited but it's there. The only halal butchers in York is in the Makkah International Food Store on Hull Road.

Halal takeaways include Ali G's, Sizzler's, and Chenab's, and a lot of the food in catered accommodation outlets is now halal.

Want some quality advice from Zara? DM your issues to The York Tab Instagram. All submissions will be anonymous.

6. What mental health support does the university provide? 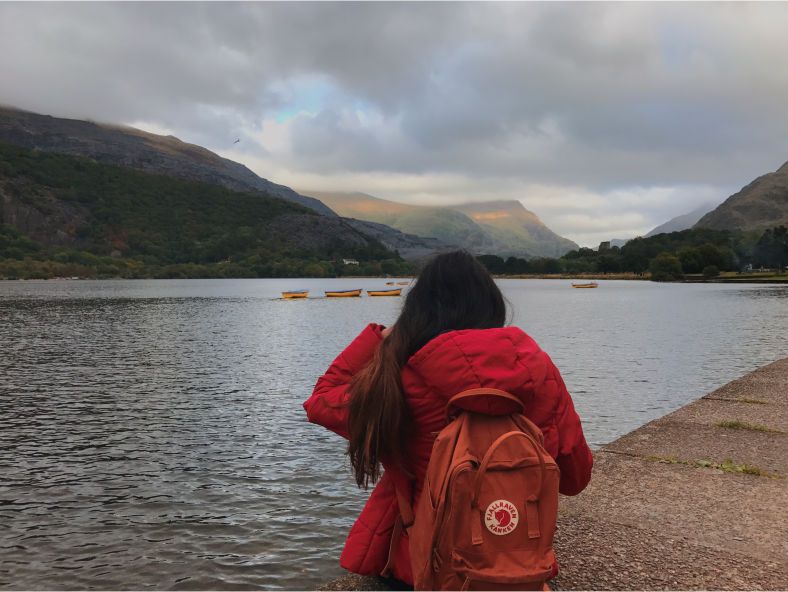 As a collegiate uni, there is a wider support network available to students. Every college has a College Tutor, so you can drop in on the day if you have something on your mind.

Open Door is the uni's counselling service, and they're very quick to provide initial appointments when you register online.

If counselling isn't for you, York also offers Nightline, a confidential service run by students who will listen to your worries either on the phone, face to face with a mug of tea, or via instant messenger.

There's also YUSU's support officers and their welfare team, the chaplaincy at York, and academic supervisors.

Also, don't be afraid to talk to your flatmates, as they might even surprise you. 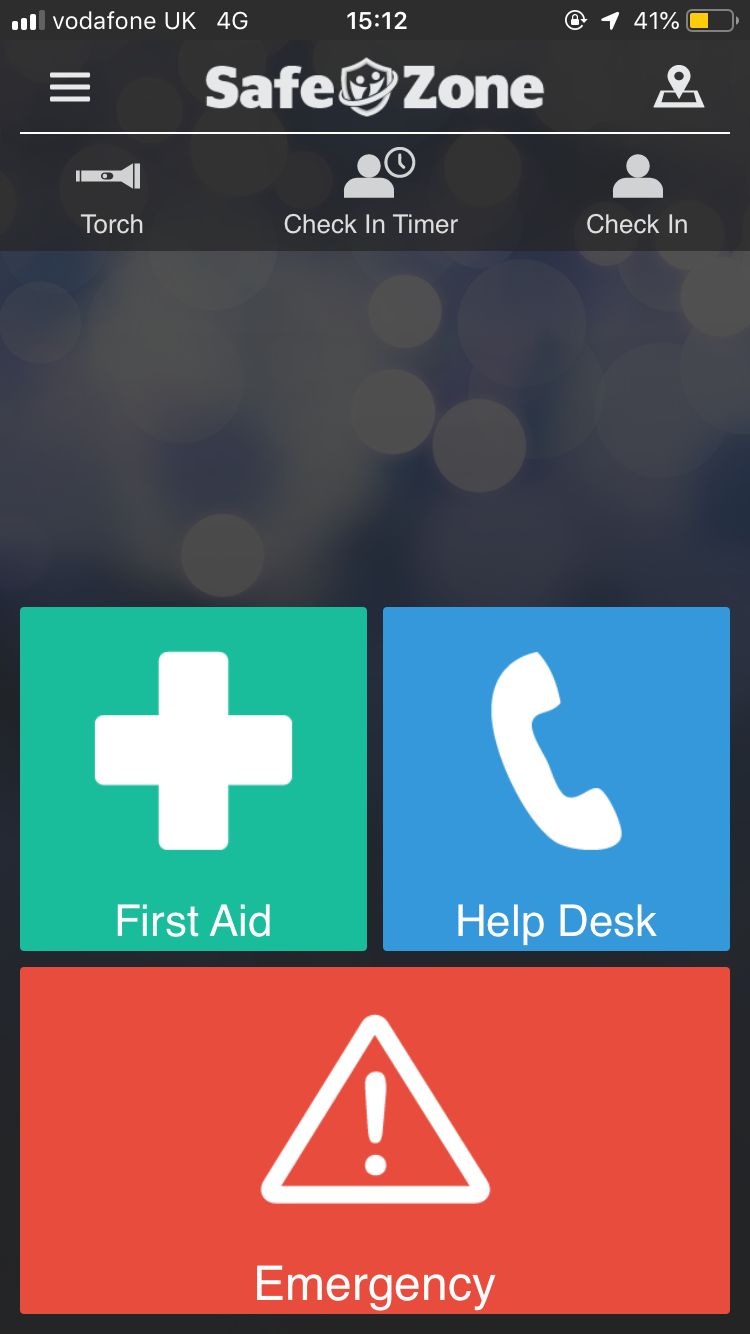 This is an app specifically for York students, and I would have been lost without it this year. It gives you the option of emergency calling Campus Security, who will come and sort out urgent issues straight away, such as violence, harassment, assault, mental health breakdowns, and more.

It also gives you the option to phone the Information Desk for advice on less serious issues, such as noise complaints or reporting a maintenance problem.

YorSexual Health don't require you to be registered with a doctor to access their services, but provide a range of different clinics across York and lots of different services, such as:

9. What and who are your Sabbs? 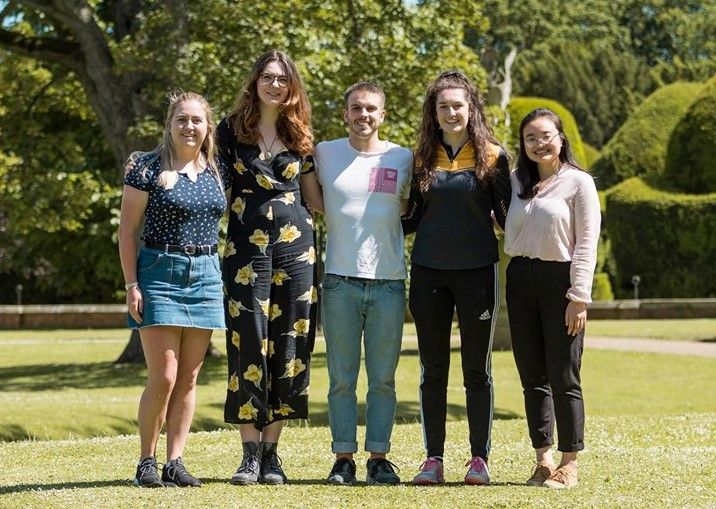 Every year, Sabbs, or Sabbatical Officers, are students who are elected to represent you to the university, the city, and beyond. 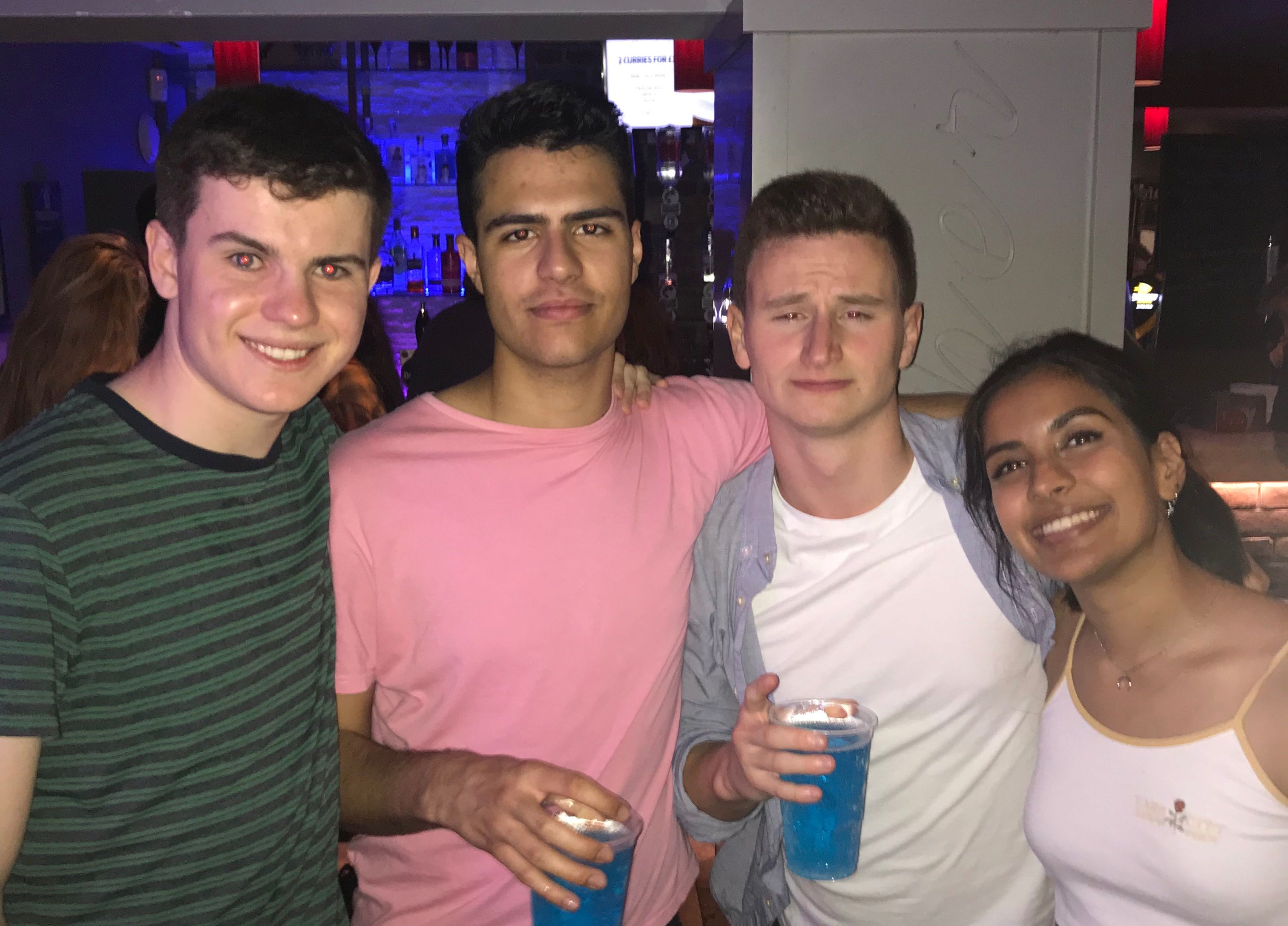 it's not a night out in York without a blue shit

Lowther is home of the famed blue shit, a drink that will get you steaming. It's a popular pub for pres or sports socials as it's close to the clubs and has a good atmosphere, but the drinks can be expensive.

Invest in a Lowther Card, which is an absolute steal being priced at £1, and enjoy 15 per cent off full priced drinks, plus £1 Jager-bombs.

Want some quality advice from Zara? DM your issues to The York Tab Instagram. All submissions will be anonymous.

11. If you're in catered accommodation, GO TO BREAKFAST 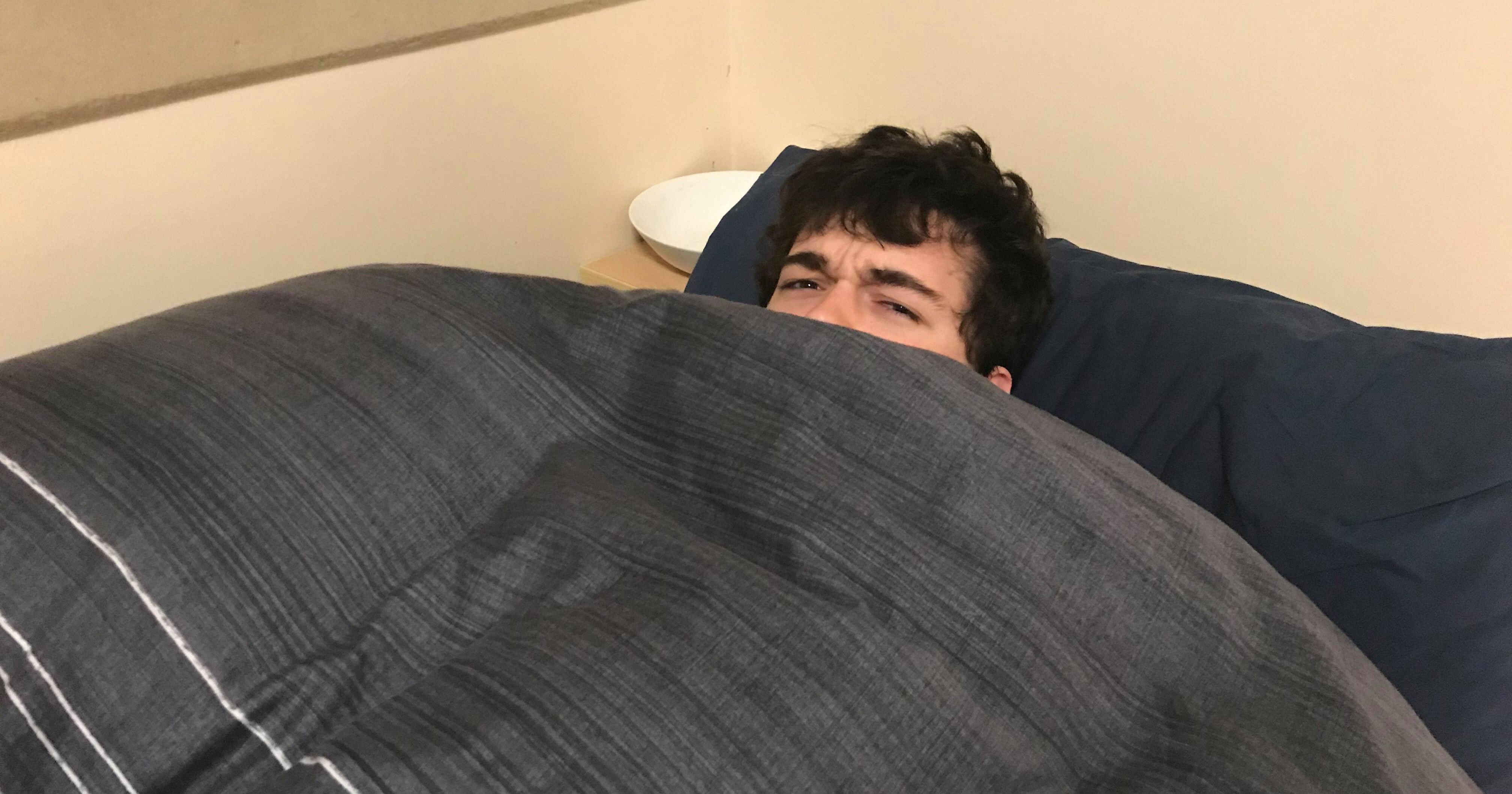 me when my flat barge in to drag me to breakfast

You're paying for it, so it's a real waste of money if you skip it because you can't be bothered waking up. Believe me, they say they shut at 10:30am, but I have rocked up many a time in my pyjamas at 10:29am and still been served a full English Breakfast.

The food selection is better than average, with vegan and vegetarian options being offered too. 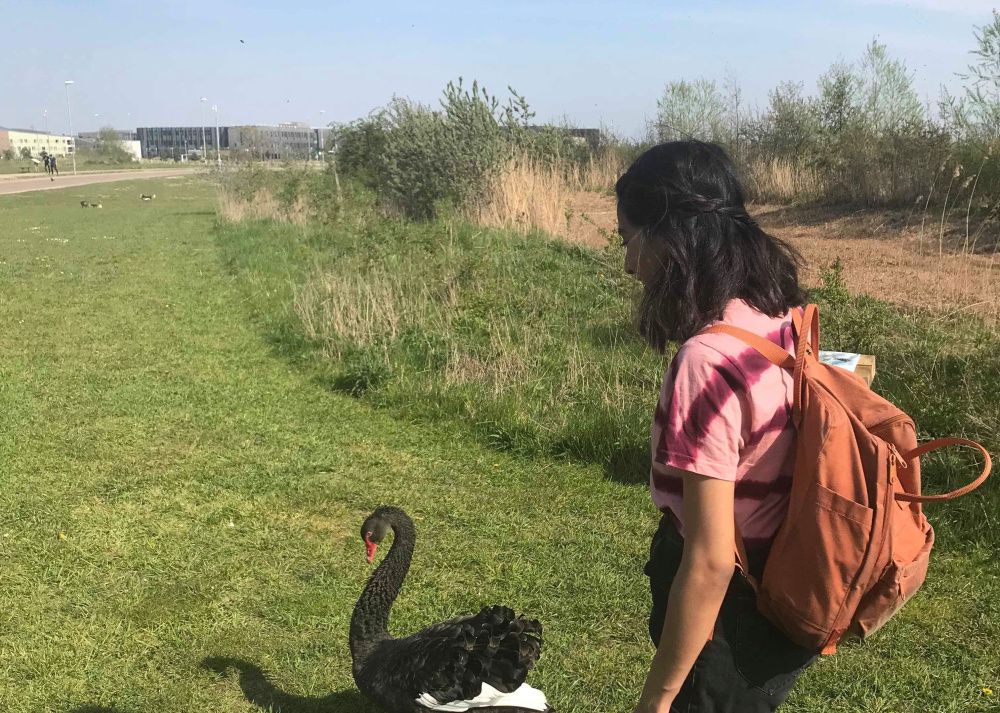 With so many birds around, it's tempting to feed them, but don't feed them bread. Bread makes them feel fuller than they are and gives them an incurable condition called angel wing. Bread also lacks the proper nutrients, so with not eating as much and the lack of correct nutrients, bird will die.

Nisa sells campus bird food, so if you want to feed the birds, go ahead, but please be responsible.

13. York has a sustainable, plastic free shop on campus!! 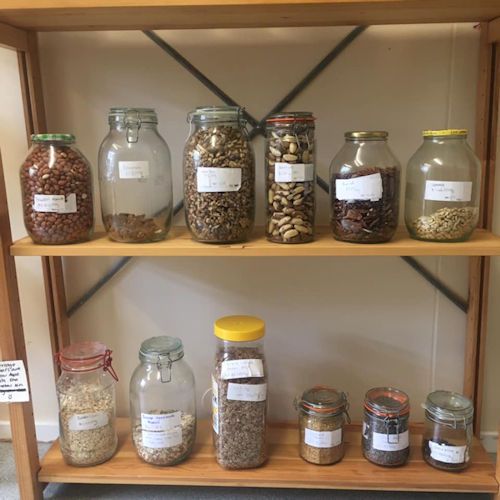 It's organic, cruelty free, and sells local produce as well as household items, such as toiletries, cleaning supplies, and more at student friendly prices.

The shop is called Scoop and runs in Wentworth W/021 on Wednesdays and Fridays.

14. Don't go swimming in the campus lake, it's grim 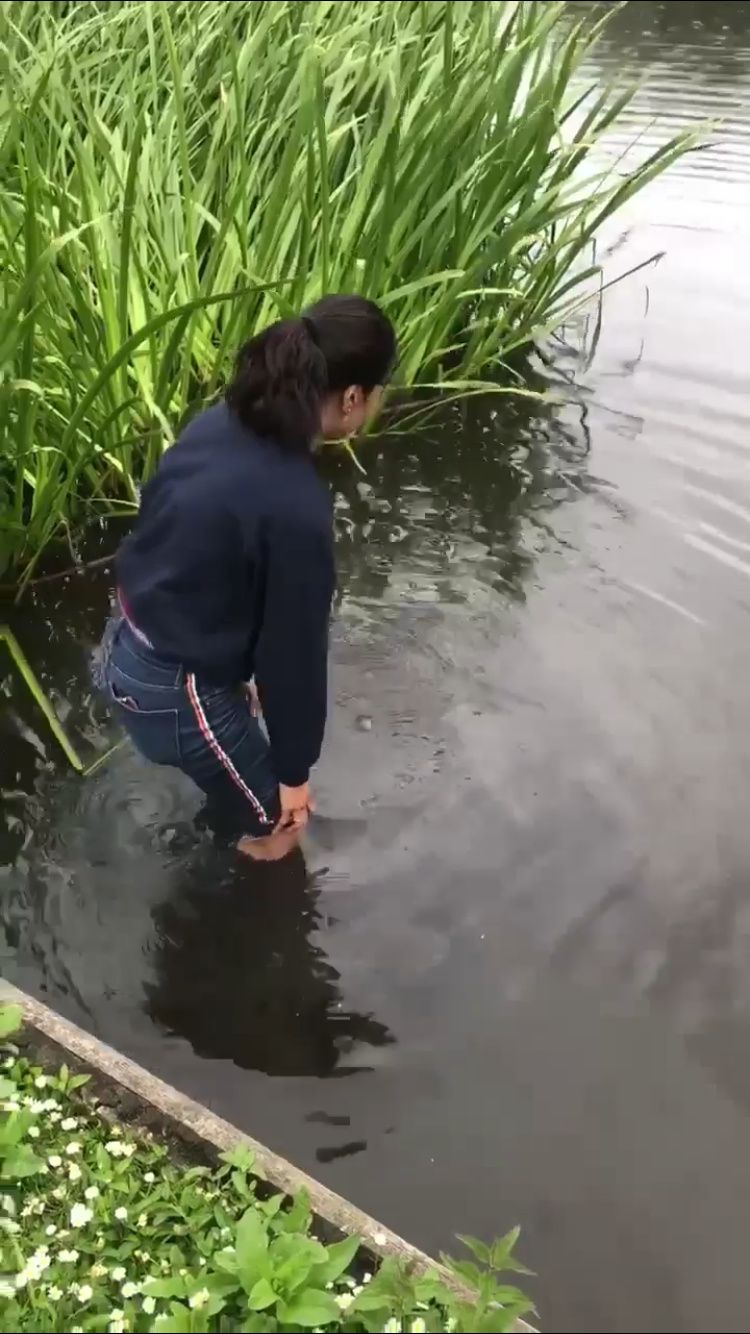 From someone who has been in multiple times x

You'll smell absolutely rotten for days because the amount of goose poo at the bottom of the lake is crazy. You'll contract all kinds of diseases and will also get told off very harshly by campus security.

If you really want to go for a swim, Campus East has a swimming pool and it's £3.85 to swim all day – time to get your mermaid on.

15. Get to know the city and surrounding areas 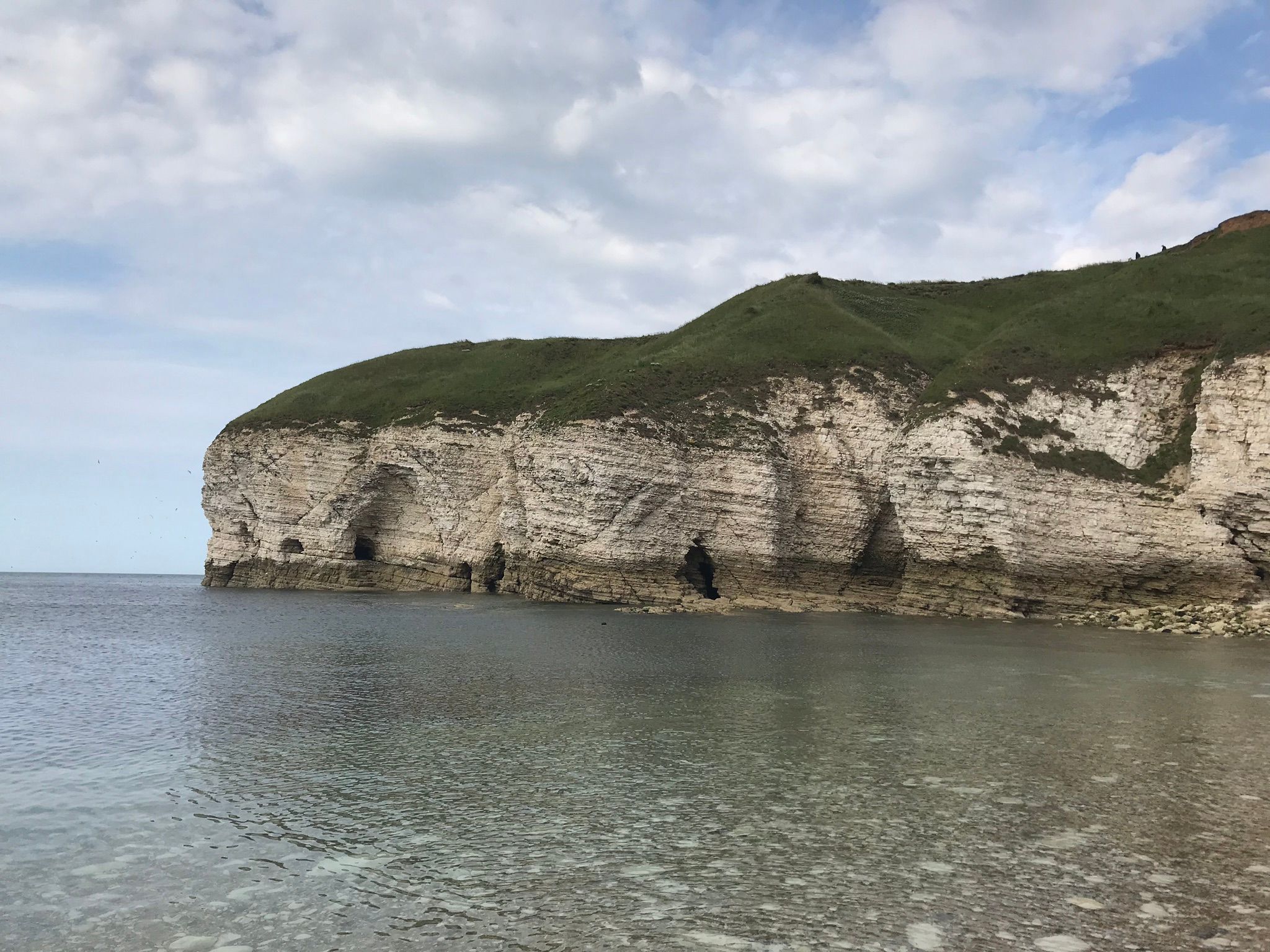 this is literally an hour away!!

York is a lovely campus university, and with so much to do around campus, it's easy to only go to town for nights out.

However, you're doing a real disservice to yourself if you don't venture out into the city often and get to know it. You're living in York for three years, so you might as well explore it.

That being said, don't be afraid to venture further afield either. Knaresborough has rowing boats you can hire out, and the beautiful Yorkshire coast is only an hour away.

Where to send in your submissions

Got a burning question you need to ask about York and uni life? I'm your gal.

Send in submissions to The York Tab on Instagram. Everything is anon, don't worry.

University of York predicts losses of £100m due to Covid-19