This is what Raisin Weekend means for St Andrews students

Were you in St. Andrews last weekend? Were the streets filled with group after group of naffly-dressed young people lugging unwieldy household items in the direction of Sally’s? Were you proposed to by an anthropomorphic caterpillar?

If the answer to any or all of the above questions is “yes”, and your medication hasn’t been changed recently, then you, alongside thousands of St. Andrews students, experienced probably the most renowned tradition the university still upholds: Raisin Weekend.

But if you ask 10 different St. Andrians what Raisin Weekend means to them, I guarantee you’ll receive 10 very different answers. You’ll find those who’ll tell you it’s the greatest experience on Earth, to people who’ll shudder with dread at the mere uttering of the words. And, of course, there will always be one or two people whose only memory of the event is the bus-ride of shame back from Ninewells.

Before you form any of your own opinions, however, I’d like to offer you a concise guide to the Raisin tradition, from the perspective of a 2017 fresher. Please read further while I go wash the last of the shaving foam out of my hair…

The History of Raisin

The exact origins of the tradition are actually pretty hard to trace. Even the University’s own website can’t offer anything less vague than: “Raisin Weekend dates far back into St Andrews’ history”. We can, however, track the name back to a time when freshers (or “bejants”) were assigned “academic parents”- more senior students whose role it was to mentor the young students whilst they settled into university. The bejant would then be expected to thank their academic parents for welcoming them into the university with a pound of raisins. Those who failed to gift their mentors were at risk of punishment, which would usually involve being dunked into one of the town’s fountains. To avoid “good bejants” being punished accidentally, parents who received their pound of raisins would write out a “raisin receipt”, which translated from Latin roughly read:

Above: A not-too-atypical example of a modern "Raisin Receipt".

Of course, as with any possibly-600-year-old tradition, many practices have since either changed, grown arms-and-legs or been dropped entirely from the Raisin rubric. Over the years, participants have had to consider many factors, such as: who needs a whole pound of raisins? Who actually likes raisins? How would the police react to seeing teenagers being half-drowned in fountains? Hence the tradition has had to adapt to the times to remain appealing to incoming freshers.

One such adaptation is that freshers are no longer assigned academic parents, but are “adopted” by senior students keen to start their own families. Most freshers will find themselves harassed with incessant offers of adoption during their first couple of weeks, and if they’re not careful may end up in the impossibly awkward situation of being part of multiple academic families. The fresher must, however, commit to one family before Raisin Weekend rolls around in November. Then the fun begins.

On the morning of Raisin Sunday, freshers will journey to their academic mother’s. If they are lucky enough, they will then be fed by their mother as a means of “stomach-lining”, before partaking in normally-boozy games and challenges. At some point in the afternoon, the academic children will be sent out in groups for a “scavenger hunt” around town, which generally includes a series of peculiar tasks which must be completed within a set period of time. The scavenger hunt is often followed by a paint-fight, a dip in the sea or other messy activity to round off the mother’s part of Raisin Sunday. The father’s part comes later in the evening, and usually takes the form of a party, with any combination of alcohol and embarrassment in truly copious amounts.

If the fresher manages to drag their heavy head and bones out of bed the next morning, they will be dressed in a wacky costume by their academic mother, and given their “raisin receipt” by their father, which these days can be anything from a piece of fruit to a grand piano, dependent on how cruel the parents wish to be. The traditional Latin inscription is optional, but more often omitted – carving the Roman alphabet into a grapefruit takes the time and effort that most students just don’t possess. Upon receiving their receipt, the now smartly-attired freshers will make their way to Lower College Lawn, armed with their receipt, for the (now) traditional shaving-foam fight, a disastrously messy yet immensely fun event that officially marks the end of the Raisin weekend. The freshers will then return to their halls, have multiple showers, and contemplate what the hell just happened the last two days. But they won’t care. They’ll have made so many new friends and lasting memories that the judgemental scoffs from their Edinburgh counterparts won’t be touching any nerves. 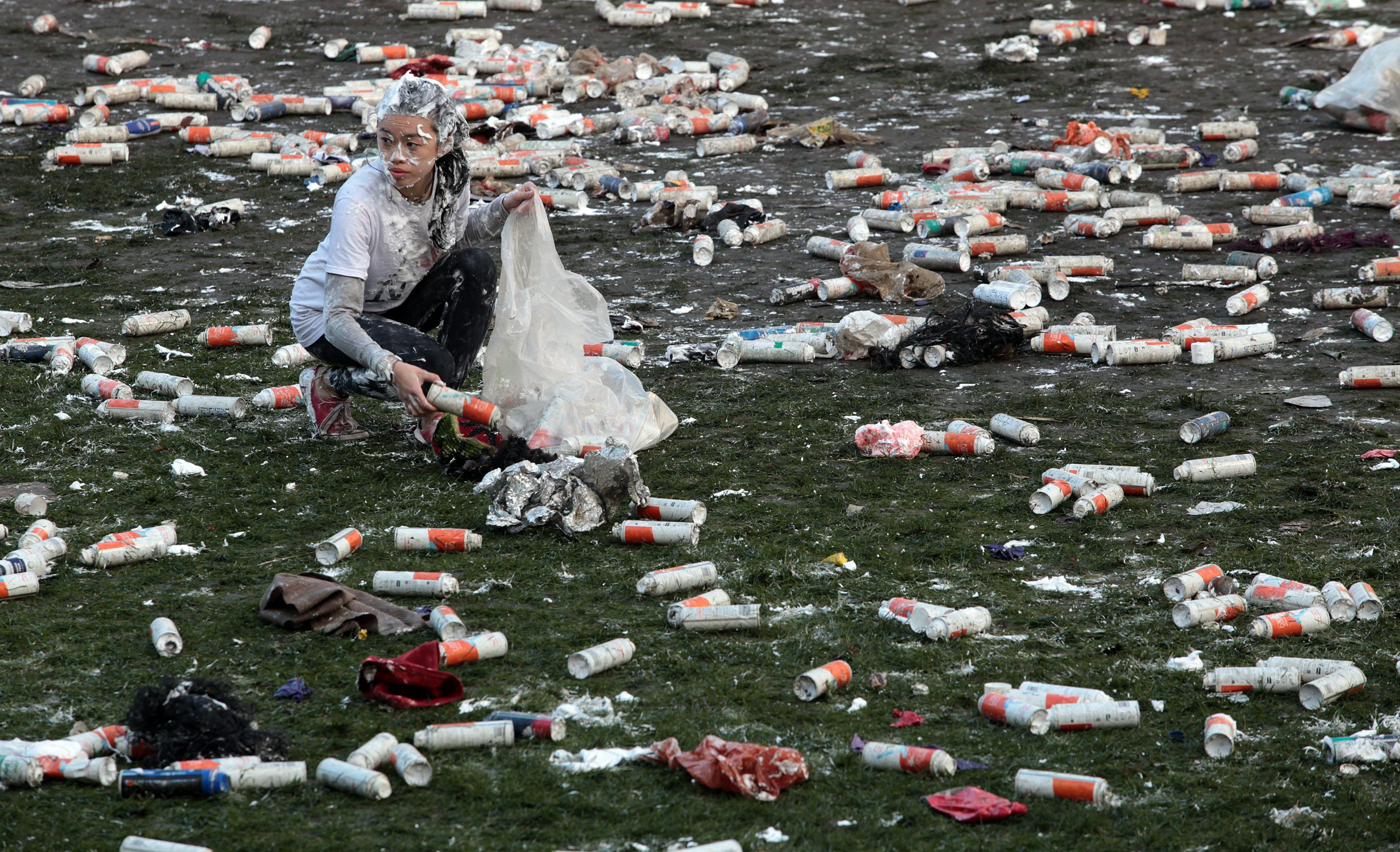 The Future of Raisin

Despite its extensive history, there is a quiet controversy surrounding Raisin Weekend that can’t be ignored. Some have voiced concern that there is a drinking culture forming that is driving Raisin’s traditional principles ever more distant. And while there may be a certain element of truth to that, it’s safe to say that most people’s experience of Raisin is a very positive one indeed. It’s yet another piece of inexplicably crazy fun that helps maintain St. Andrews’ status as probably the most endearingly unconventional university in the world. Whichever way you slice it, Raisin is here to stay – which is great if you like walking around with red-painted nappies on your head. Trust me, the looks weren’t that disgusted.