Last week’s launch party for the upcoming Under Canvas festival reminded me of how fun and exciting a music festival can be. With the line-ups for the biggest UK music festivals currently being released on a daily basis, it’s safe to say the season to party hard is upon us. If you’re going to a music festival this summer but have never been before, it will be like stepping into an unknown realm that brings with it a whole host of first world problems to contend with. So what do you do and what do you expect? For those 72 hours on the campsite you need to forget what you know of the outside world, because the same rules won’t apply. Instead, follow these five steps to make sure that losing your festival virginity is not equal to losing your dignity, memory, and phone.

First things first, you need a festival partner or group. People you trust and who will become your substitute family for the weekend. They need to know how to revive you from a drunken-zombie state, they need to be able to bring you back to your happy place if things start to go awry, and most importantly, they need to be really fun. I suggest this as a strict criteria for your festival friend selection process, with the two important things to consider being: 1) If they’re boring, don’t bring them. 2) If they’re a lightweight, don’t bring them (you don’t want to to be dancing to a soundtrack of puke all weekend). 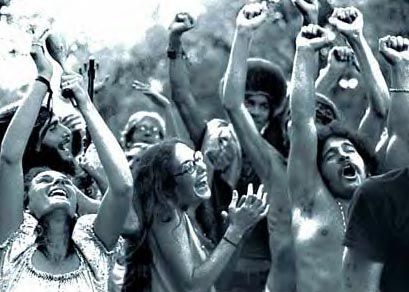 Secondly, supplies. I’m not talking about military-style ration packs, but a bit more preparation is needed than throwing a few random items in a bag and hoping that this will do. Don’t be that person that turns up with a rucksack full of beer, ‘sweets’ and little else and equally, don’t be the one that has tried to pack their entire life ‘just in case.’ Ideally, to make room for the essential 24 pack of beer, cigarettes, that bottle of something stronger and copious multipacks of crisps (because they are the easiest thing to eat with a hangover), you need to narrow your must-haves down to: a sleeping bag, toothbrush and paste, tent, paracetamol, clothes and toilet roll. Whatever you do, don’t forget the toilet roll. It will become valuable currency once you enter the festival realm, gaining you all sorts of favours and coming in handy in almost every eventuality. If you bring wet-wipes you’ll be considered royalty.

Another first world problem that you will have to deal with is the lack of phones. Just accept that over the next three days your mobile is either going to get lost, broken, run out of battery or all of the previously mentioned. Therefore, take with you the crappiest phone you can find in the drawer at home and step away from the smart phone. It will be tough I know, but it is possible to survive without Snapchatting or Instagramming your life for a few days. If your phone survives the full 72 hours, congratulations, although it’s pretty much guaranteed to be covered in mud, booze and cig ash by the time the festival is through.

So now you’re all prepared, you’ve made it to the campsite, you’ve pitched the tent and it’s the first night. Everyone’s excited for the weekend ahead, the beer is flowing and you’re having a good time. If you’re single at a festival, it’s inevitable that at some point you are going to have a random fling with the boy/girl-next-tent which you think will turn into the love of your life. I hate to break it to you, but they won’t. They may even try and convince you that having sex in the rancid portaloos is part of the festival experience. Just to clear this up, it really isn’t, and you won’t be able to look your parents in the eye for a long time. It’s easier to just forget about your festival romance, stick with your group and enjoy the music! Let’s face it, that is what you’ve forked out for, so see as much of the line-up as you can. Warning: don’t try and see every act, it’s impossible.

Finally, you’re home and the post-festival blues have hit you like a ton of bricks (that will also be the almighty hangover and exhaustion kicking in). No one is safe from this feeling like the one you had the first time you were dumped by text by your school boy/girlfriend. You will not be going out or seeing anyone for a good couple of days because you’ll hate everyone and everything. You’ll likely be found crying whilst watching festival highlights on TV. Get the chocolate and duvet ready for this phase and don’t worry, it will pass.

This is the standard festival experience pretty much covered, so all there is left to say is have fun!