On the first weekend of spring vacation the St Andrews Volleyball Women’s first team took on the way to Leeds to compete among the top eight teams of the United Kingdom in the BUCS Championship.

After an undefeated season in the highest Scottish division, this tournament was the eagerly anticipated highlight promising new challenges and the opportunity to represent Scotland vis-à-vis the English teams.

In their pool, the Saints were facing Durham, Bournemouth and Cambridge. 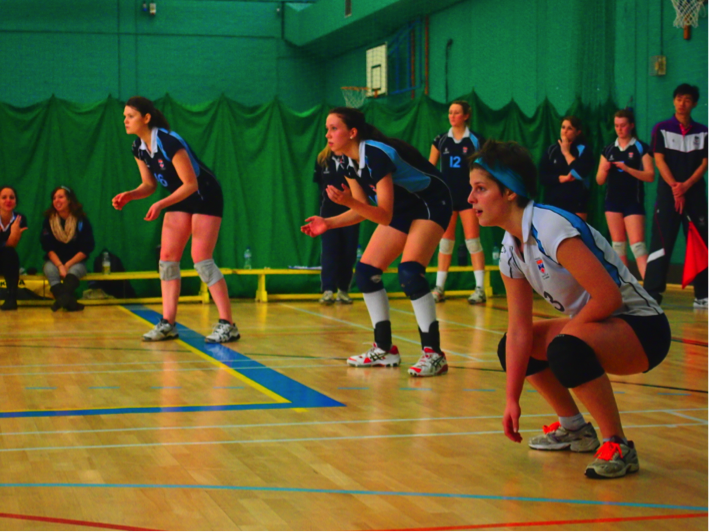 Starting bright and early on Saturday morning, the team went into the first game against Durham with a lot of respect. Durham mainly consisted of Master students that receive sports scholarships from the English university after having exhausted their eligibility in the US. While Durham played out their advantage of experience, the Saints had trouble getting used to the fast play and had to concede the first set with 8:25.

Things looked much better in the second set when the Saints managed to get their own game started. Nevertheless, the set and game went to Durham with 19:25. 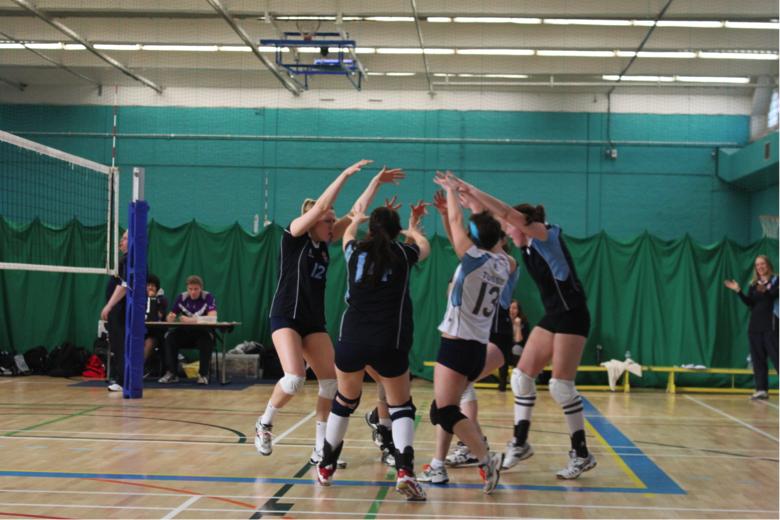 Aware that the other two teams had to be defeated to reach the semi-finals, the Saints took on Bournemouth, the undefeated winner of the English Western division 1A. After a very close first set that ended in a 25-27 loss the Saints came back with big serves and a outstanding defence to take the second set 25-16. In the deciding third set the team started out strong not giving Bournemouth a chance to get into the game and claimed the deserved victory with 15-5.

Both teams had a balanced record of a win and a loss, so the game against Cambridge on Sunday morning was to decide who would move on to the semi-final. Similar to the Bournemouth game, the first set was very tight and hard-fought. Big serves and defence once again earned the Saints a three-point lead at 14-11, which Cambridge soon neutralized to 19-19.

After a scrappy finish form both sides St Andrews managed to take home the set with 26-24.

In the second set, some great blocks were not enough to catch up with a consistent lead of Cambridge, so that another tiebreak should bring the decision.

The semi-final in sight, the Saints’ determination proved adamant so that several aces and kills resulted in a crushing 13:5 lead. After losing focus for a few points the Saints claimed the third set and thus the semi-final with 15:10.

In the semi-final, another scholarship-funded team was waiting with Northumbria. Their swift attacks made it very difficult for the Saints’ block to catch up. In spite of some great instances of defence the Saints conceded the set to the superior Team Northumbria with 9:25. Saints’ coach Shelly Paterson used the opportunity to mix up the rotation. Each of the Saints’ talents could use the opportunity to show what they have to offer and some impressive defensive and offensive efforts received great recognition. Still, Northumbria, who would later also win the final against Durham, earned the deserved victory.

The St Andrews ladies shared transport with the other Scottish representative, the University of Edinburgh men’s team that also achieved a third rank after a very tight and unlucky loss to Sheffield Hallam in the semi-final.

Finshing off as 3rd best team of the UK is the best result that a volleyball team from the University of St Andrews has ever achieved! This very well reflects the immense effort and dedication the team and their coach contributed over the whole season. Besides the beach season and games with the SSS national squad, five of the team members are also looking forward to going to Zambia to work with school and use sport to improve children’s quality of life and prospects for the future.

For more information, visit our website – or donate directly at www.justgiving.com/saintsvolleyballoutreach. 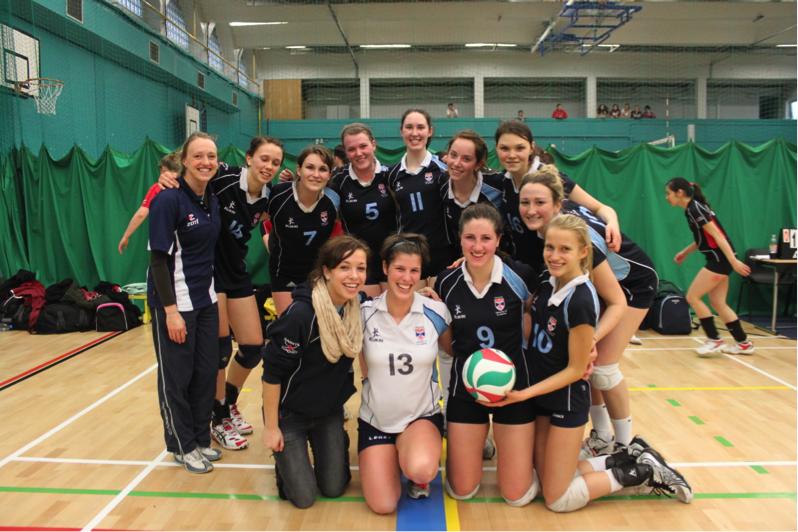